The Great Panjandrum, was a massive, rocket-propelled, explosive-laden cart designed by the British military during WW2.- The Panjandrum was never used in battle.- 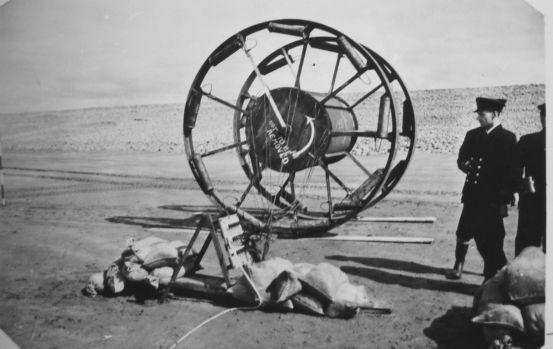 When A. Hitler erected a 7-foot-thick concrete wall along the European coastline, Britain’s Directorate of Miscellaneous Weapon Development drew the task of finding a way to burst through. Its solution: the Great Panjandrum—two 10-foot-tall wheels linked by a drum carrying 4,000 pounds of explosives. Rockets attached to the wheel rims were meant to propel the payload forward at 60 miles per hour, crashing the great drum past everything until it hit the wall.- 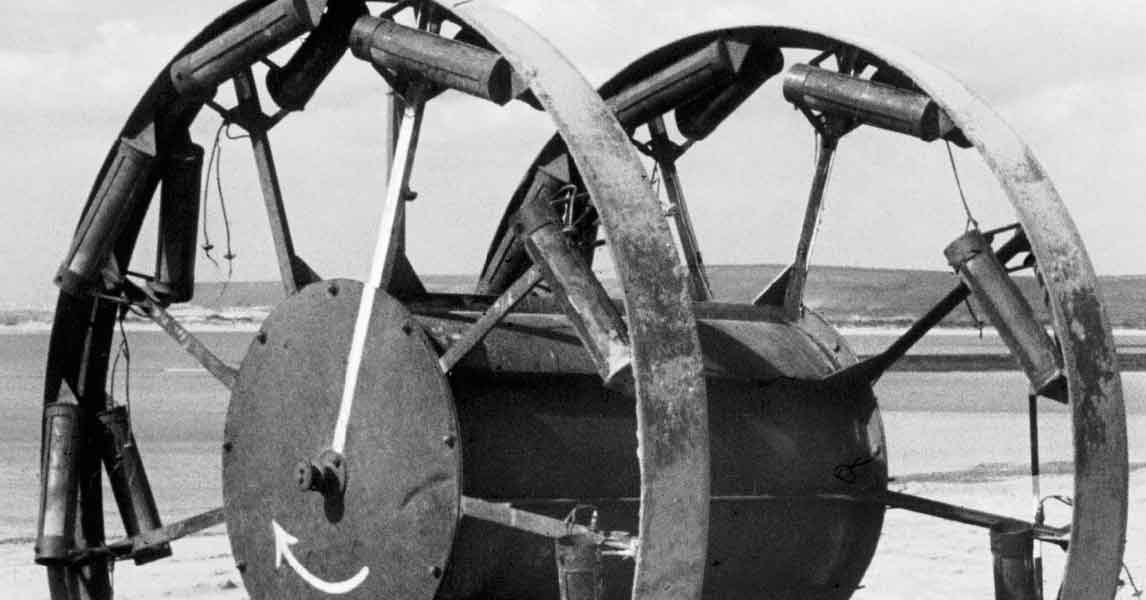 All attempts at proved to be a complete failure, the weapon was just far too erratic to be used on a consistent basis during a landing operation, (in most cases the device would turn around and head back out to sea).-