The Maiale or Italian human torpedoes, were a secret naval weapon of WWII. Today, we would know them as manned submersibles, those small one, two or more manned underwater propulsion vehicles, that are commonly used in sport diving.

Initially developed by Italy and later copied by Britain and other countries, they were designed in secret, to sneak up on and attack ships in an enemy’s harbor.

Developed in 1918, by two divers of the Italian Navy-Raffaele Paolucci and Raffaele Rossetti, they rode a primitive manned torpedo into the Austro-Hungarian Naval base at Pola, and sank the Austrian battleship Virbus Unitis and a freighter. Sans breathing gear, they rode in with there heads above water. Both men were discovered and captured, but not before their success.

As a result of this first attempt, the First Fleet Assault Vehicles were formed in 1939, by Major Teseo Tesei & Elios Toschi of the Italian Royal Navy. In 1940, Commander Moccagatta of the IRN, reorganized this group, into the Tenth Light Flotilla of Assault Vehicles aka X-MAS. It constructed manned torpedoes and trained navy frogmen. The IRN X-MAS group attempted an attack on Valletta Harbor in July of 1941, which was a complete disaster and which resulted in the death of Major Tesei.

A better design, was the Italian Human Torpedoes, called Maiale-meaning “Pig,” as it was slow to steer. Three feet high and 23 feet long, it was electrically powered by a 2 hp electric motor. It had a crew of two, which rode atop the device and had a max. speed of 4 knots. It carried a detachable 300 kg warhead.

By 1941, the first action, to use these secret “human torpedo’s,” was the Raid on Alexandria, when Italian forces attacked the Royal Navy in the harbor. The Italian submarine Scire, left it’s naval base, carrying three Maiale’s. They picked up six Maiale crewman on the isle of Leros in the Aegean Sea.

On the 19th of December, the Italian submarine released its compliment of human torpedoes, at a depth of 49 feet and at the distance of 1.3 miles, from the harbor of Alexandria. The Maiale snuck into the harbor, when the British opened their defensive nets to allow the passage of three of their destroyers. 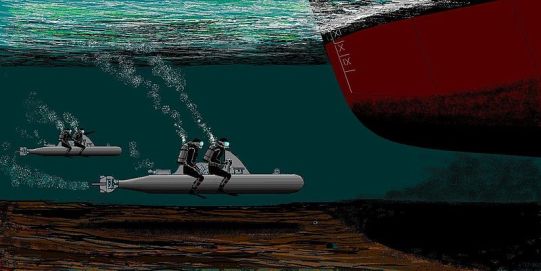 The first vehicle, manned by Italians de la Penne and Bianchi, had engine trouble and had to literally get off and push it. Bianchi then suffered problems with his oxygen supply and had to surface, leaving de la Penne to push the vehicle by himself. Penne accomplished this feat, and successfully made his way to the battleship, HMS Valiant, where he placed a limpet mine-a sort of magnetic weapon, which attached to the hull of a ship.

Having to surface, both men were found and captured. The odd part of their capture, was that they came to be confined aboard the very ship de la Penne had mined! Not only that, but they were kept in a compartment under sea level and not far from where the mine was placed.-

Shortly before the mine was to explode, de la Penne informed the captain of HMS Valiant of the impending explosion. He didn’t’ disclose the location of the bomb, and was sent back to his holding room. Both men survived the explosion without major injury.

In addition to the sinking the HMS Valiant, two other Maiale’s scored similar feats. One sunk the battleship HMS Queen Elizabeth, the stern blown off a Norwegian tanker-the Sagona, and the HMS Jervis, a British destroyer, was severally damaged. All Maiale crewman had been rounded up and captured, but not before their destruction was complete.
Last edited: Sep 10, 2017
B

That's one interesting story!
I wonder what was the feeling when they were 'sitting' on their own bomb...but they got lucky in the end 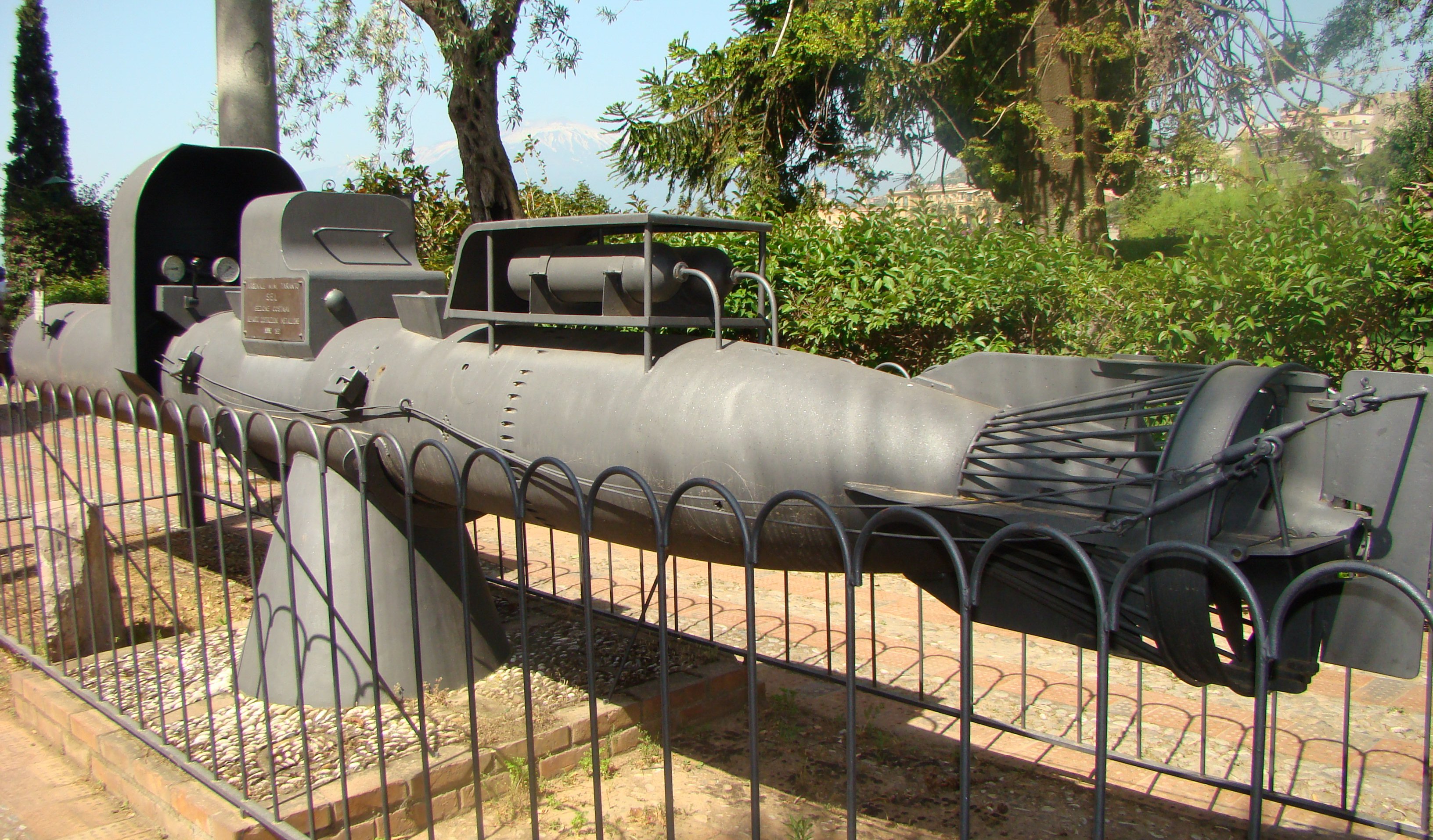