The Troubles was a period of ethno-political conflict in Northern Ireland which spilled over at various times into England, the Republic of Ireland and mainland Europe.

The duration of the Troubles is conventionally dated from the late 1960s and considered by many to have ended with the Belfast Agreement of 1998.

The principal issues at stake in the Troubles were the constitutional status of Northern Ireland and the relationship between the mainly-Protestant Unionist and mainly-Catholic Nationalist communities in Northern Ireland.

The Troubles had both political and military (or paramilitary) dimensions. Its participants included politicians and political activists on both sides, republican and loyalist paramilitaries, and the security forces of the United Kingdom and the Republic of Ireland.
Last edited by a moderator: Jul 25, 2017
H

My uncle, Bob Harmes who served in the British Army for 39 years. Joined as a gunner and finished up as Lt Col. Went to Aden, Belfast and the Falklands among other places. Here he is doing his thing in Belfast.

Casually sporting the SLR.... a mean piece of kit.

Fired the South African version called the R1 here, an adapted version of the original Belgian FN FAL -- was a real heavy mule of a gun as I remember.

I trained with the FN back in the day. I was a good shot. 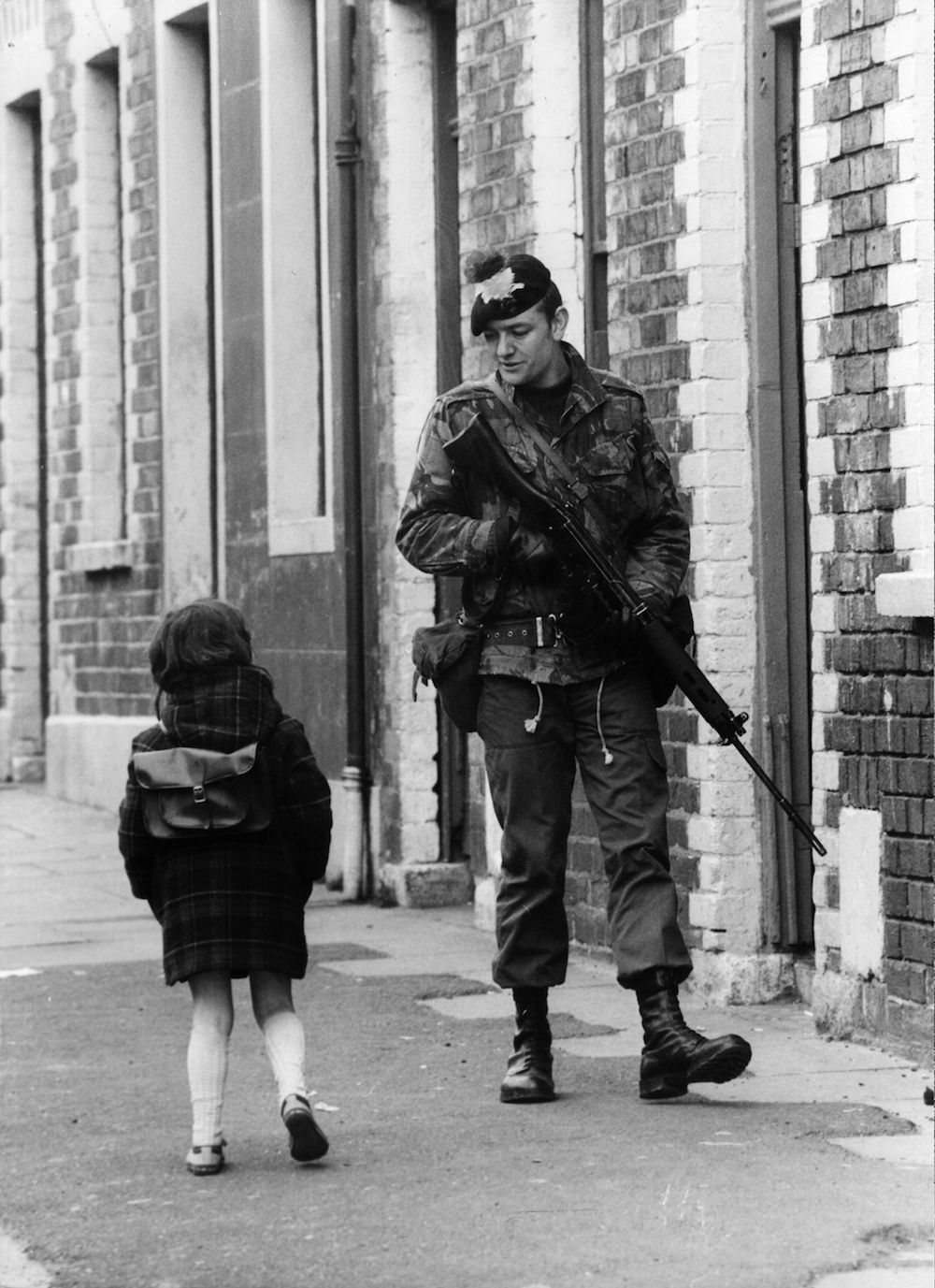 Belfast - Aug 11, 1971, an old woman clasps her hands on finding a british army soldier on her door.

Control from a terrace in Belfast, August 1972. 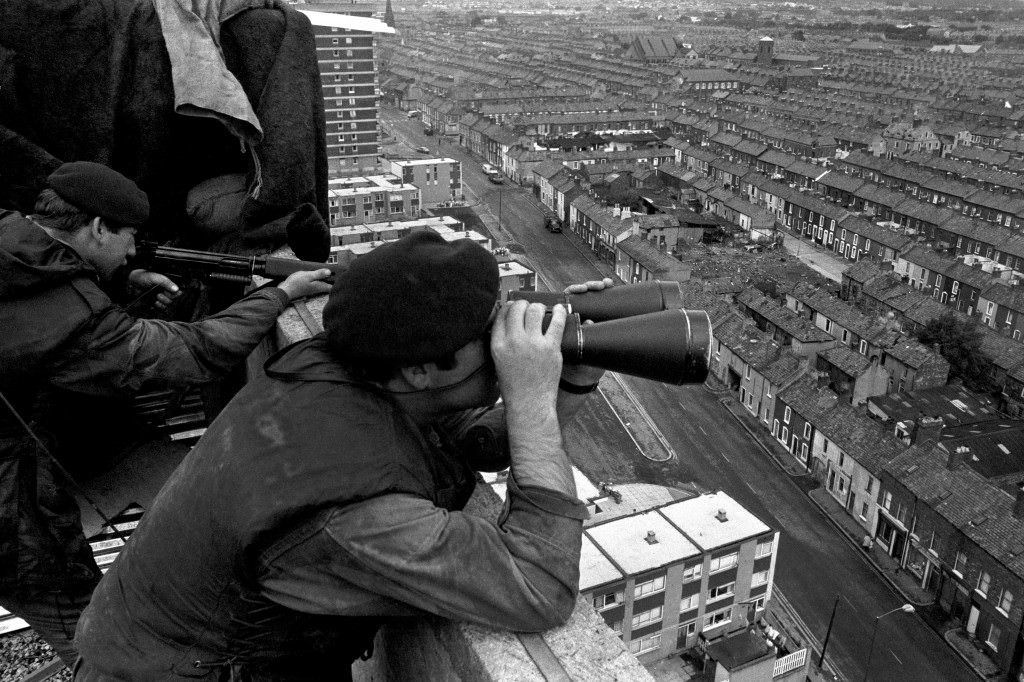 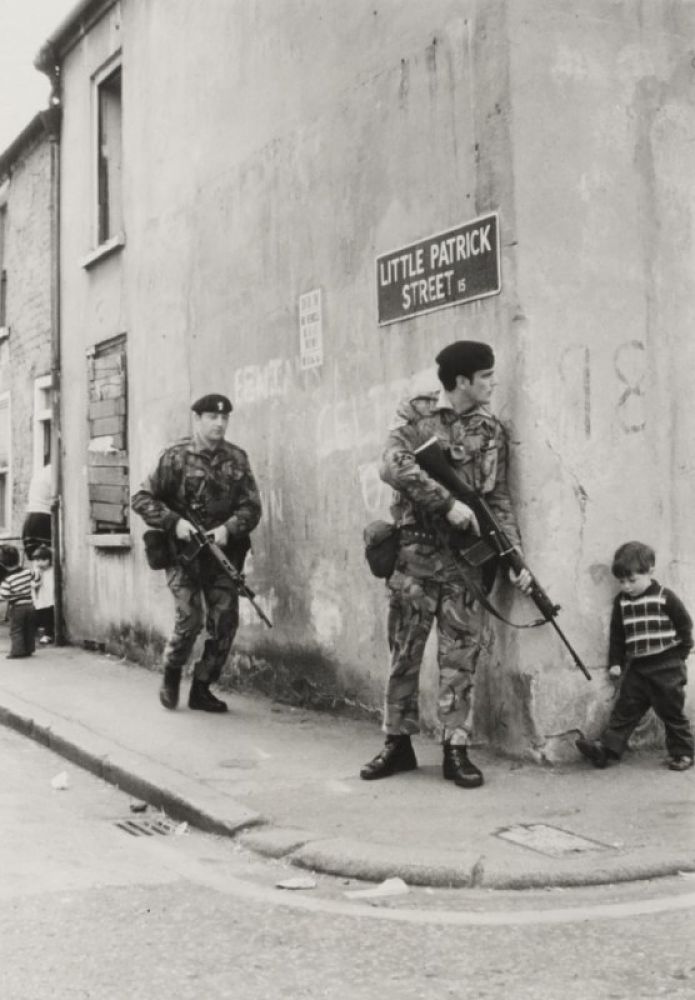 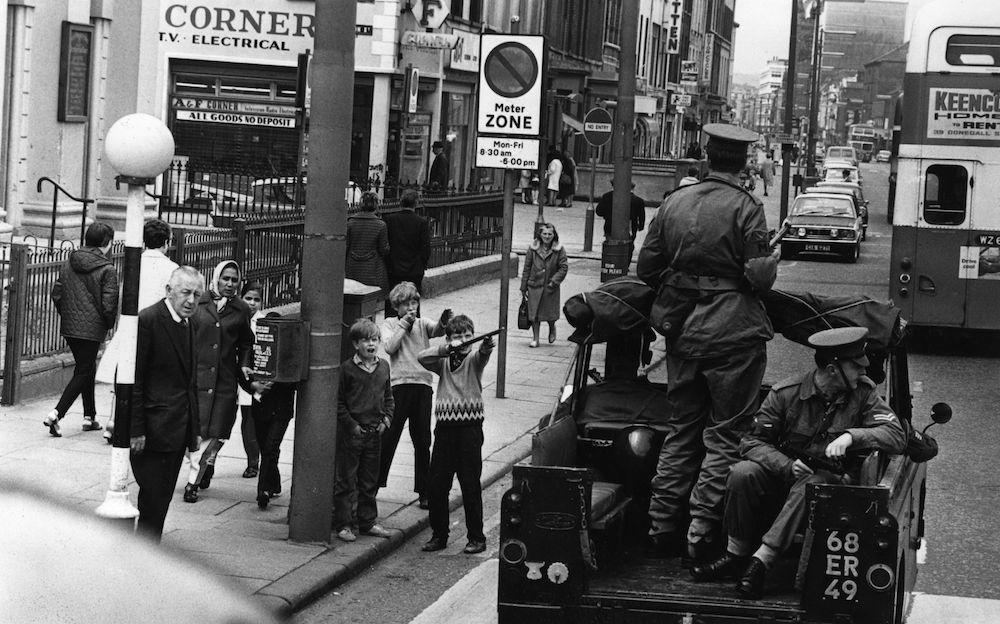 Female fighters for Irish Republican Army they check a man on the streets Belfast, 1971. 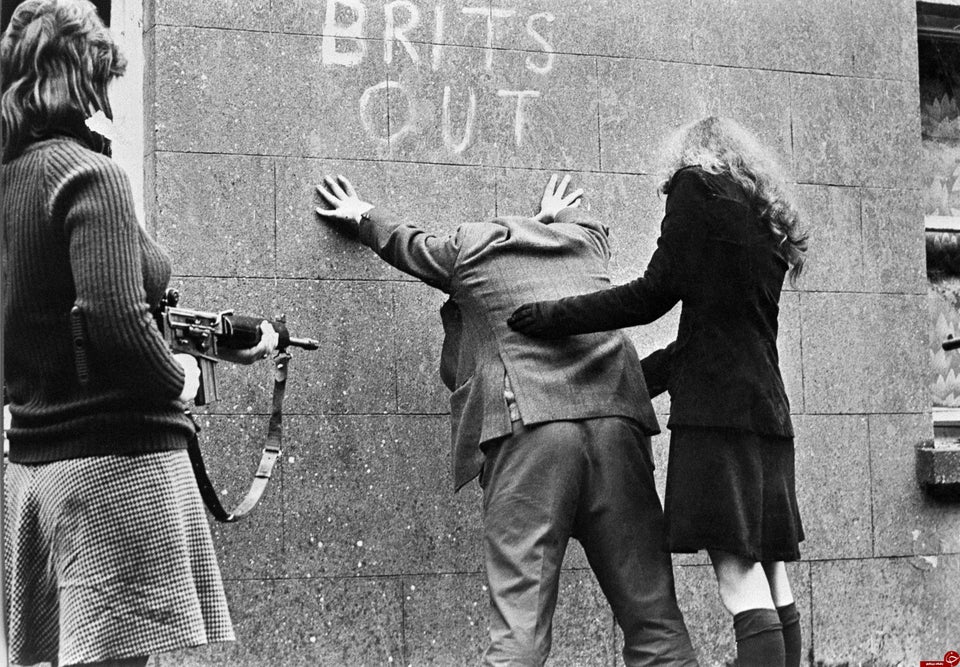 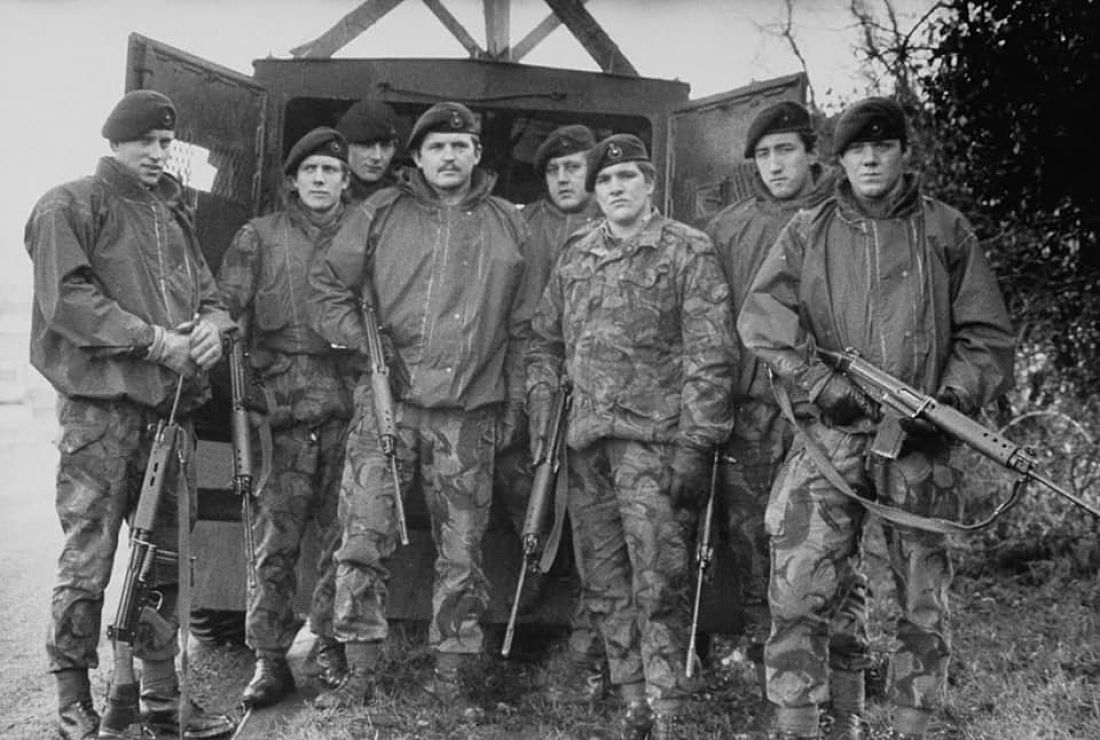 That's what they called it "The Troubles"?

We had a tour guide who was English and was stationed in Ireland during the Troubles.
He said he's walk down the block and one guy would shake his hand the next guy would want to kill him.
Tough duty indeed.

Irish boys with a British soldier on N. Ireland, May 1981. 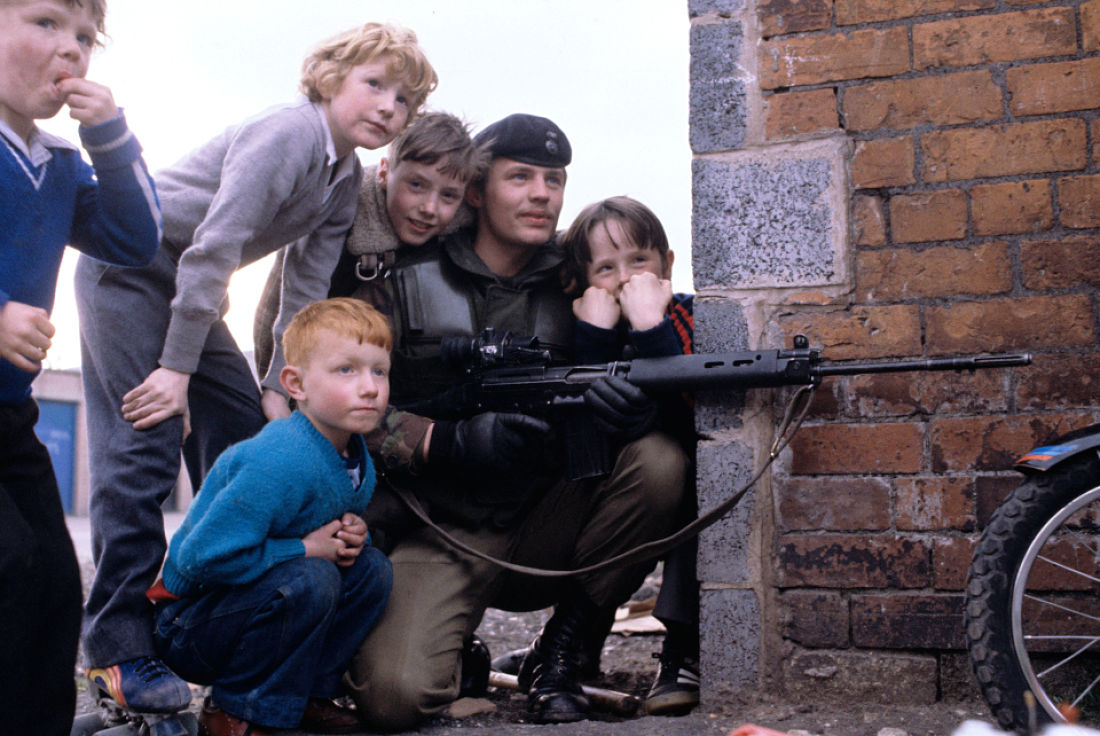