The periscope rifle was first invented by Sgt. William Beech, a builder's foreman, of the 2nd Battalion, Australian Imperial Force, in may 1915.-

The weapon was a standard rifle and a board and mirror periscope, which looked along the sights of the rifle, fitted to it with a string-based trigger pull, allowing actuation of the trigger from beneath the line of sight of the firearm.- It found extensive use, mostly in the form of an impromptu construction, in the trench warfare of the Gallipoli campaign where some lines of trenches, such as the parapets at Quinn's Post, were within 50 metres of one another.- The purpose of the device was to allow a soldier to take aim from a trench and fire with accuracy without exposing himself to enemy fire. The rifles were produced in crude factory production lines on the beach in Anzac Cove.-

Although noted as slightly less effective than conventional weapons, the periscope rifle proved to be useful to the Australian and New Zealand Army Corps at the time, and later saw use in other trench-based conflicts around the world.-
Last edited: Aug 15, 2017 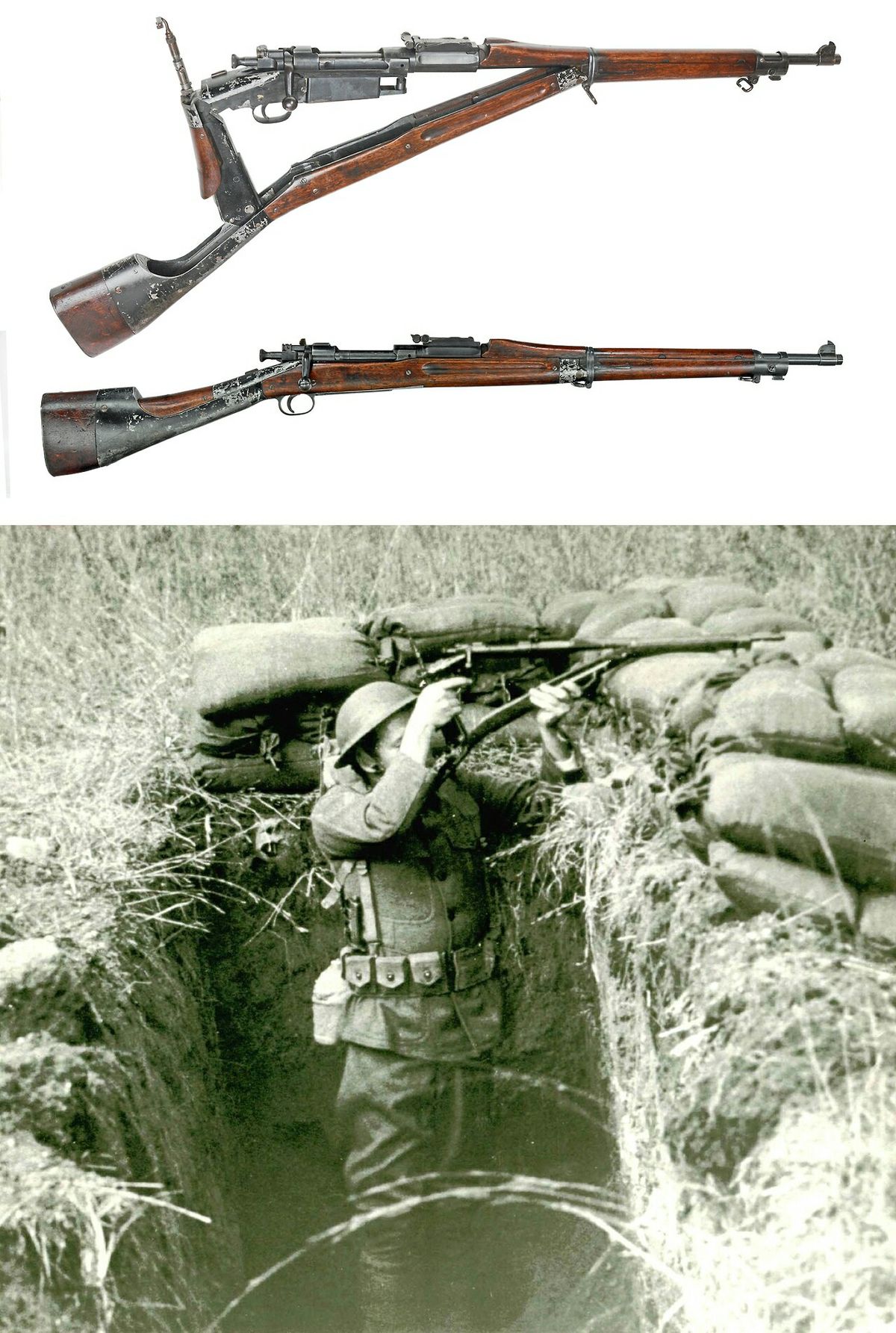