Also known as the Tommy Gun, the Thompson was a popular submachine gun that became [in]famous during prohibition, when gangsters would use it because of the high volume of automatic fire it made available from such a compact firearm and it could be attained legally.
Designed during World War I by General John T. Thompson, the Tommy Gun was available in the .45 Caliber ACP (Automatic Colt Pistol) cartridge, and was used by the US Army through WW2. The means of operation is direct blow-back, although early models made use of the Blish lock, turning the mechanism into a delayed blow-back system. After WW2 it saw limited service in Korea, and was carried unofficially by a smattering of soldiers in Vietnam. Domestically, it was used by law enforcement, most prominently by the FBI, until 1976 when it was declared obsolete, and all Thompsons in government possession were destroyed, except for a few token museum peices and training models. Owing to both its gangster and WWII connections, Thompsons are highly sought after collector's items. An original 1928 gun in working condition can easily fetch $15,000. Semi-auto replicas are currently produced by the Auto-Ordnance Company, which is operated as a division of Kahr firearms. __________________

More than 100,000 Thompson submachine guns were transferred to the Soviet Union during World War II under the Lend-Lease Program.

This woman checking the firing a Tommy gun to test ammunition made at the Twin Cities Army Ammunition Plant, New Brighton, Minnesota, on 1942.

A Chinese soldier of the Chinese Expeditionary Force, shows his submachine gun following the successful crossing of the Tanai River in northern Burma during the Burma Campaign. March 1944. 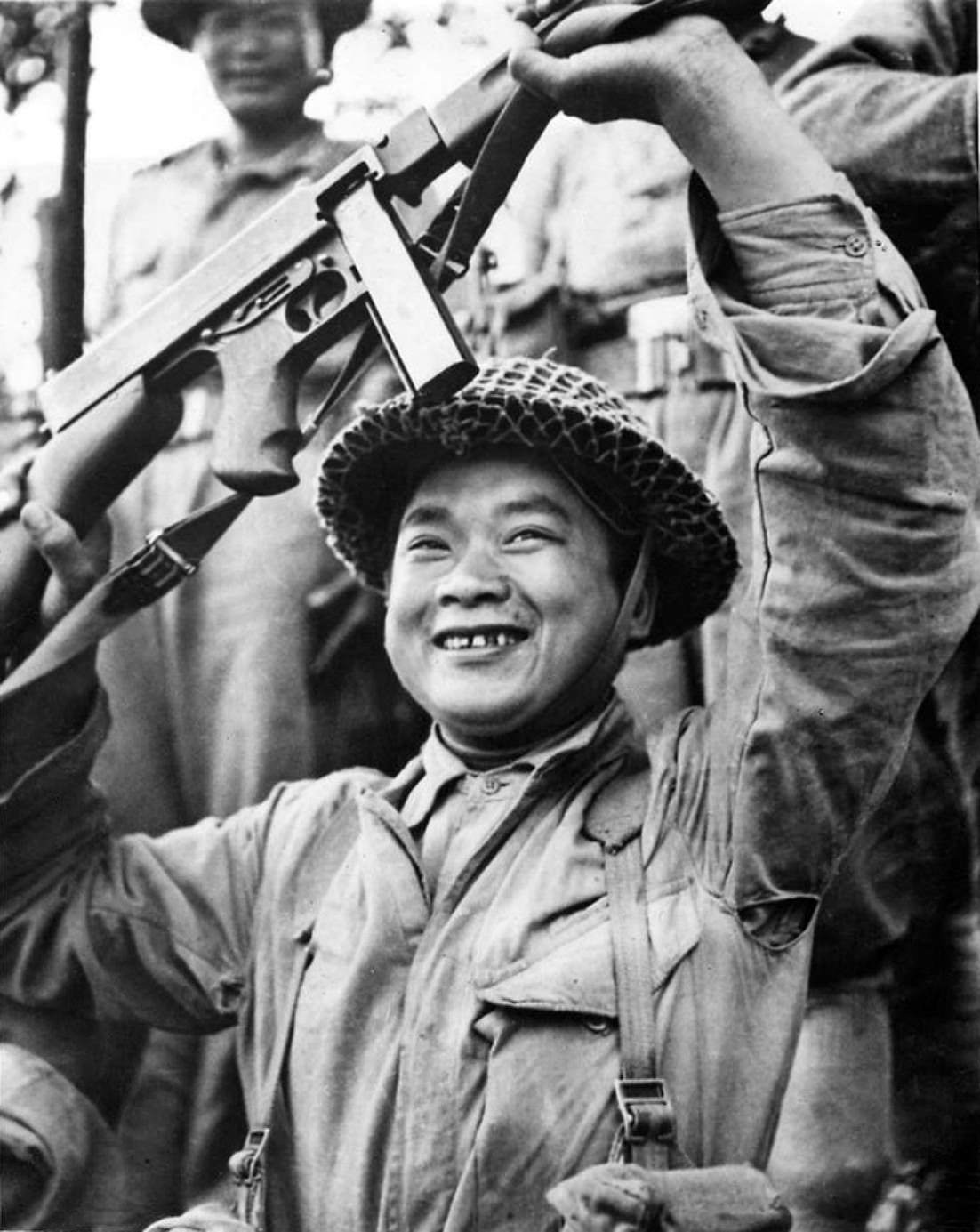 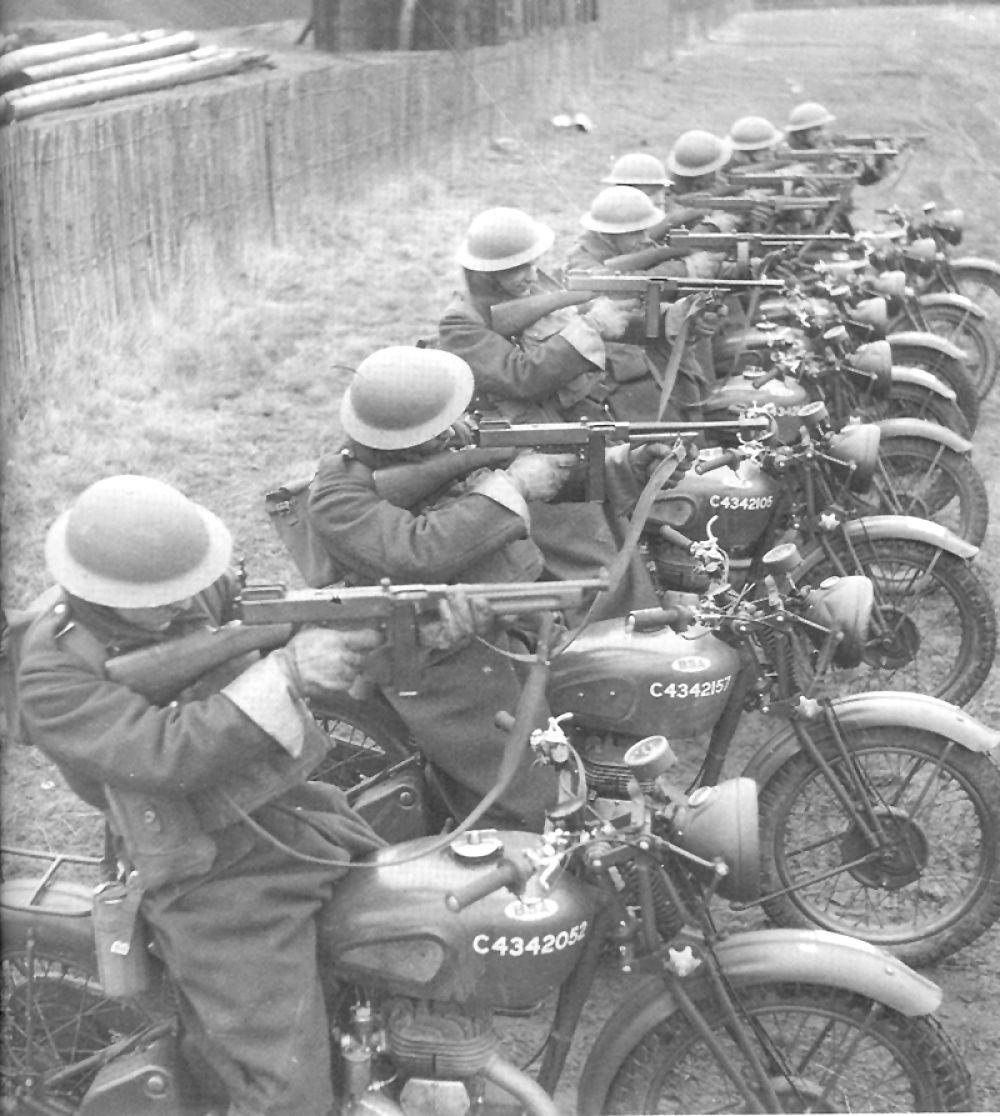 French resistance with Thompson M1A1 and his 30-round magazine. 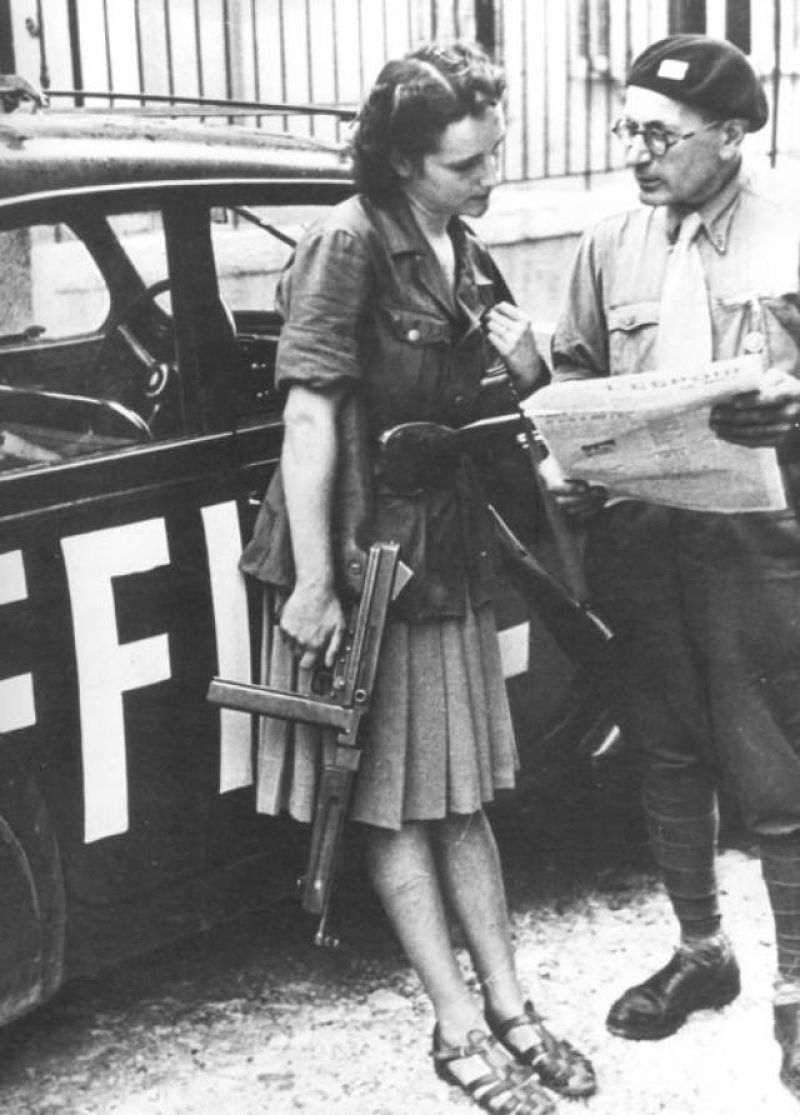 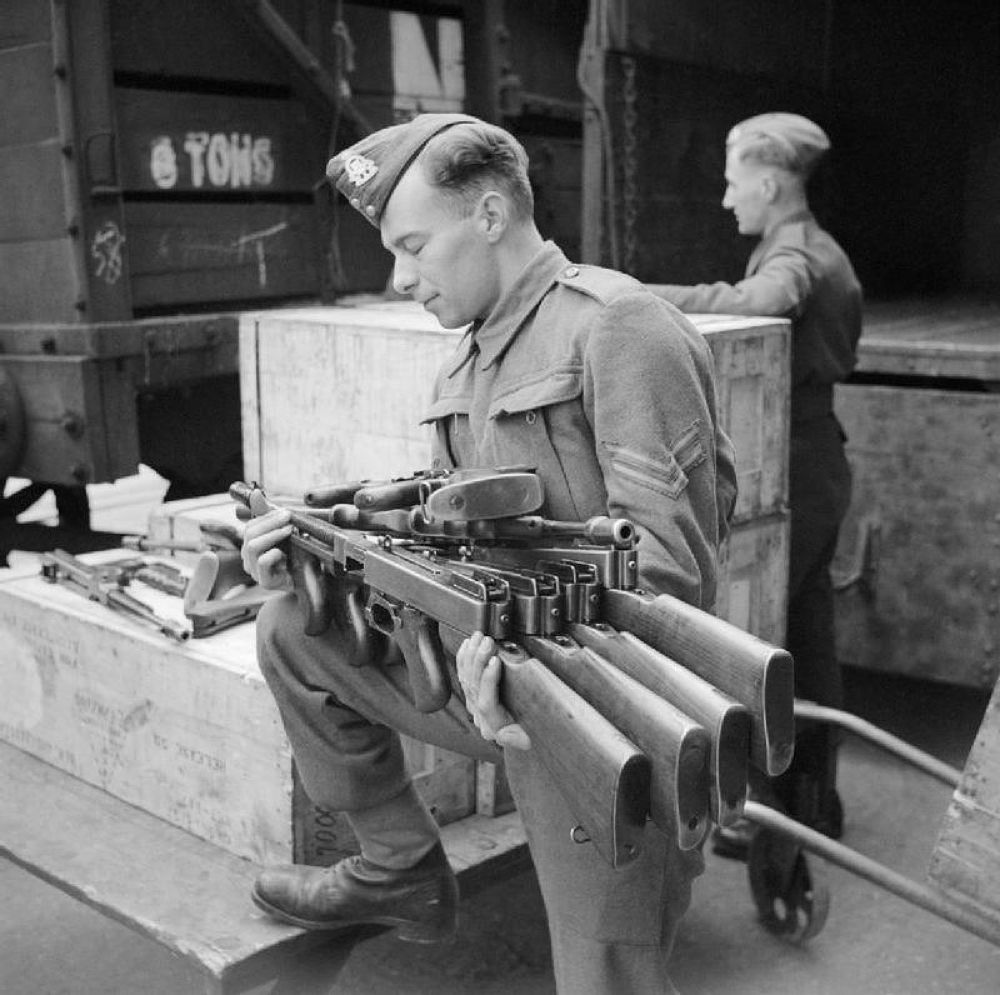 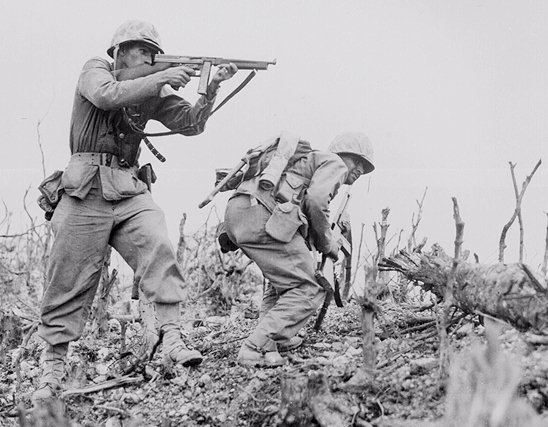 Four members of USA Army Flight Evacuation Nurses at a firing range practice with Thompson, 1943.
Note at left the First Lt. Reba Z. Whittle Tobiason (1919/1981) who became the only American military female prisoner of war by the germans after her casualty evacuation aircraft was shot down in Sept 1944. 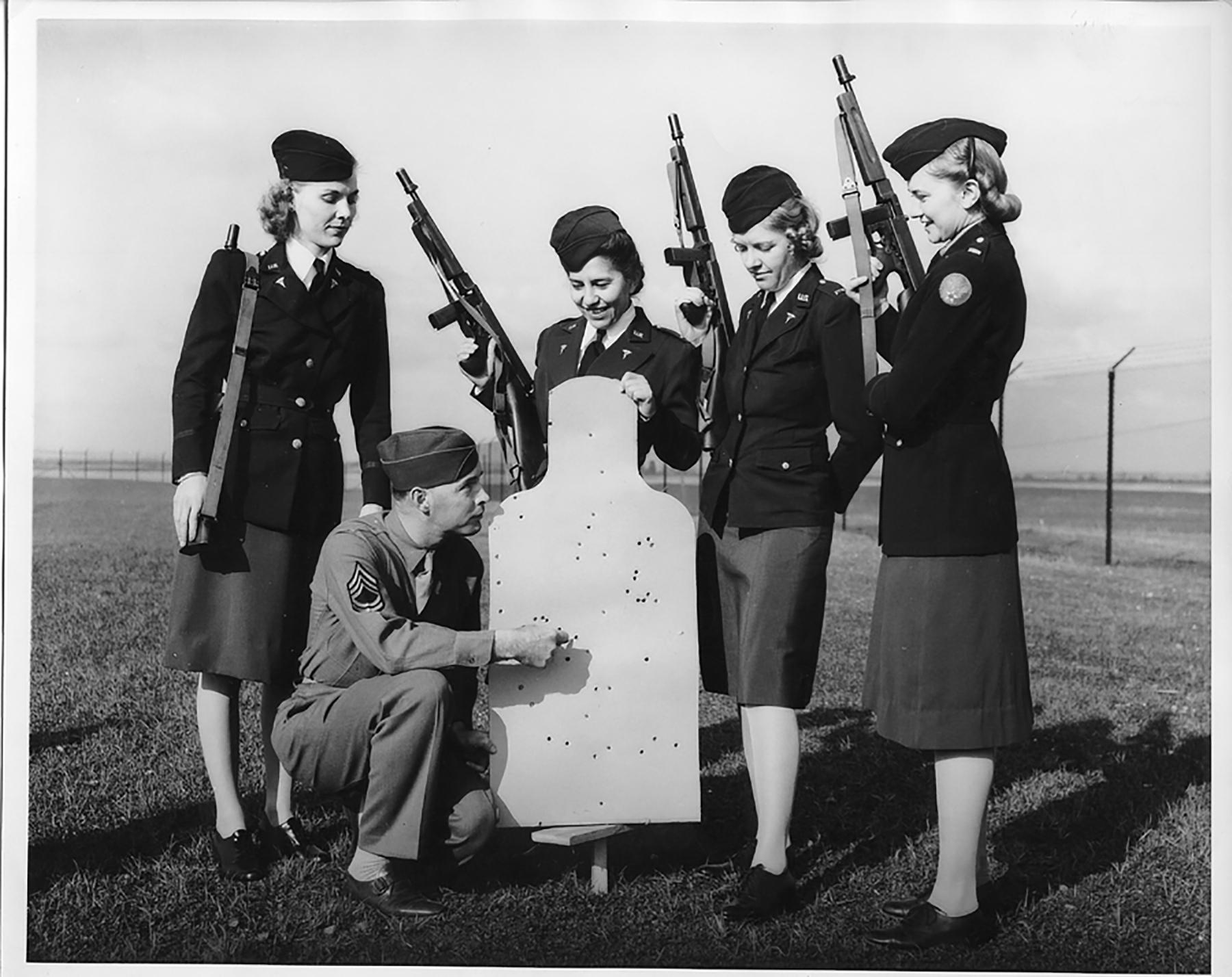 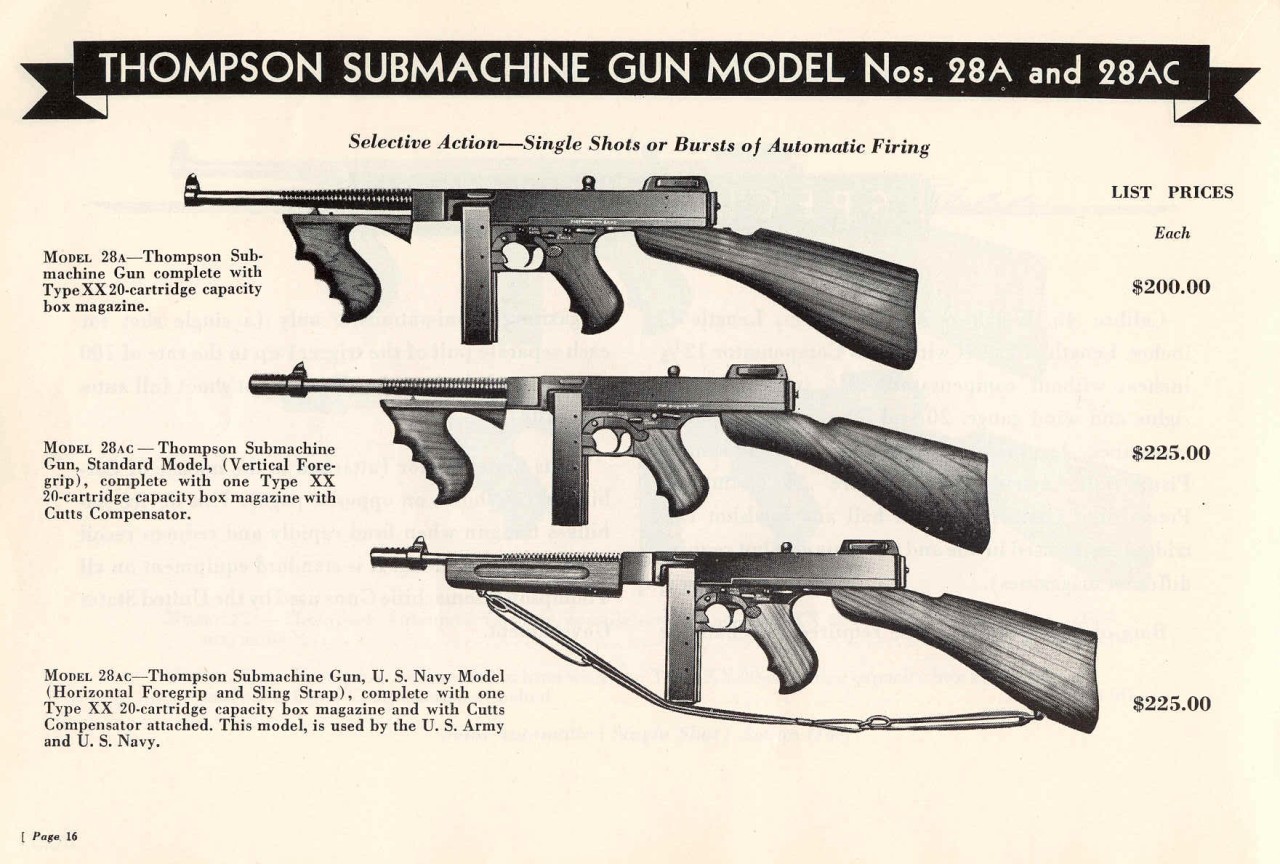 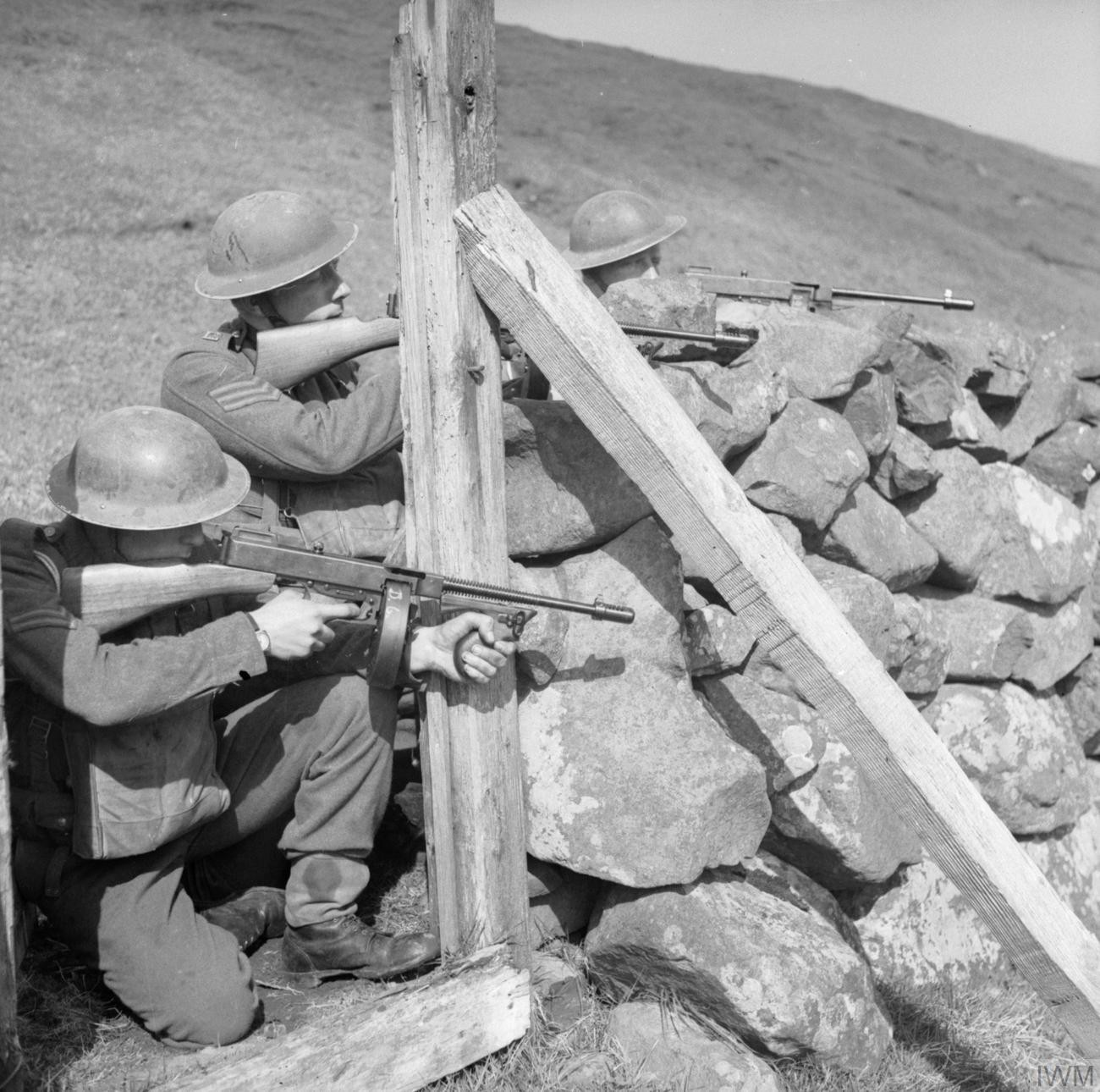