The TT-33 was designed in 1930 by Fedor Tokarev, who drew heavily from John Browning's FN Browning Model 1903 and Colt Model 1911 pistols.
The TT-33 was intended to replace the obsolete Nagant M1895 revolver, but production was never sufficient to fully replace the vast number of revolvers already in service. The TT-33 is chambered in 7.62x25mm Tokarev, which is based on the 7.63x25mm Mauser round of the Mauser C96 (which had been widely used by Bolshevik forces during the Russian Civil War) but loaded to higher pressure levels.

Famous photo of the soviet officer Alexey Yeremenko leads his men into combat, armed with a Tokarev TT-33. Officer of the 220th Rifle Regiment, Yeremenko urging his comrades on near Luhansk, Ukraine. Yeremenko was killed on July 12, 1942, just minutes after the picture was snapped. 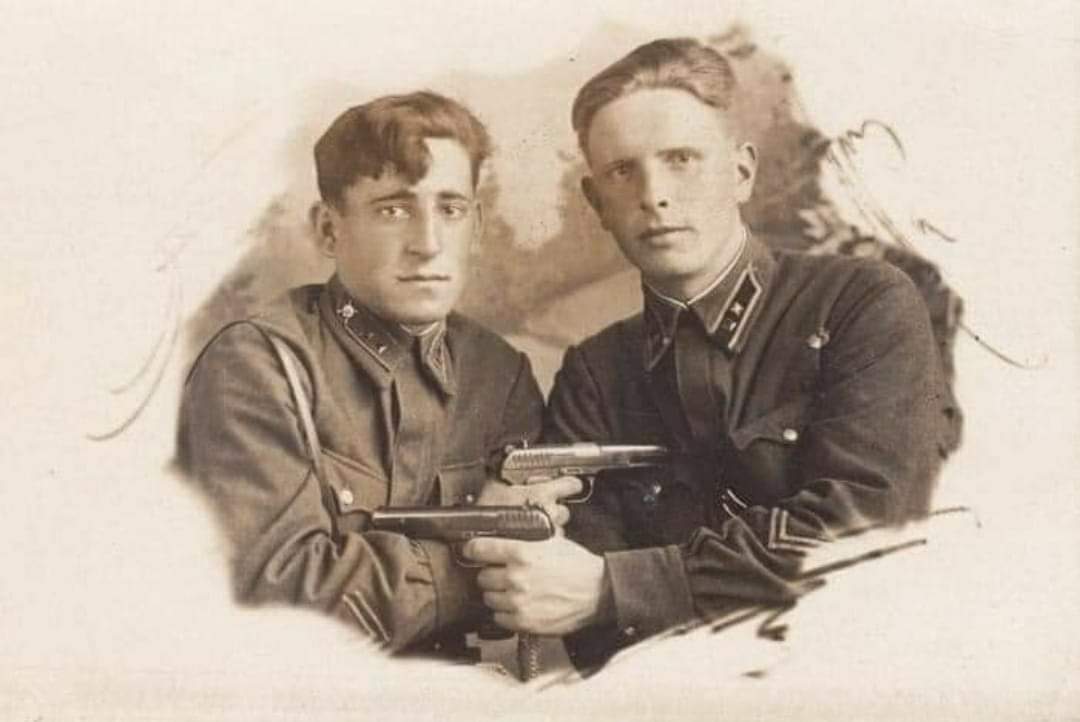