In Ancient Roman warfare, the testudo or tortoise formation was a formation used commonly by the Roman Legions during battles, particularly sieges. Testudo is the Latin word for “tortoise”. The Greek term for this formation is “chelone” and during the Byzantine era, it seems to have evolved to what military manuals of the era call the “foulkon”. 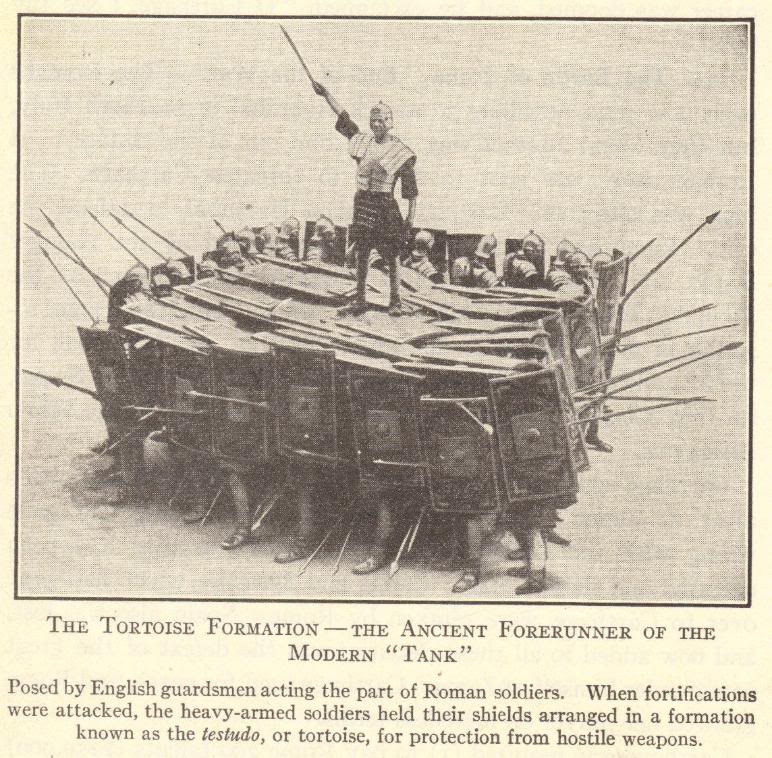 The front line of soldiers held their Shields out in front of them and all the others held their Shields above them basically creating a shell like armor thus shielding them against missiles from the front or above. The testudo was used to protect soldiers from all types of missiles. It could be formed by immobile troops and troops on the march. 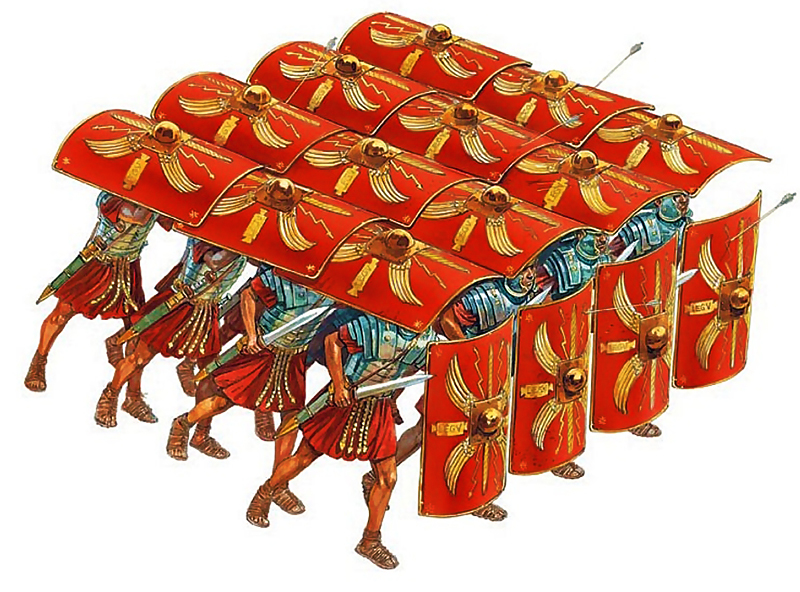 The primary drawback to the formation was that, because of its density, the men found it more difficult to fight in hand-to-hand combat and because the men were required to move in unison, speed was sacrificed.
Last edited: Oct 9, 2017 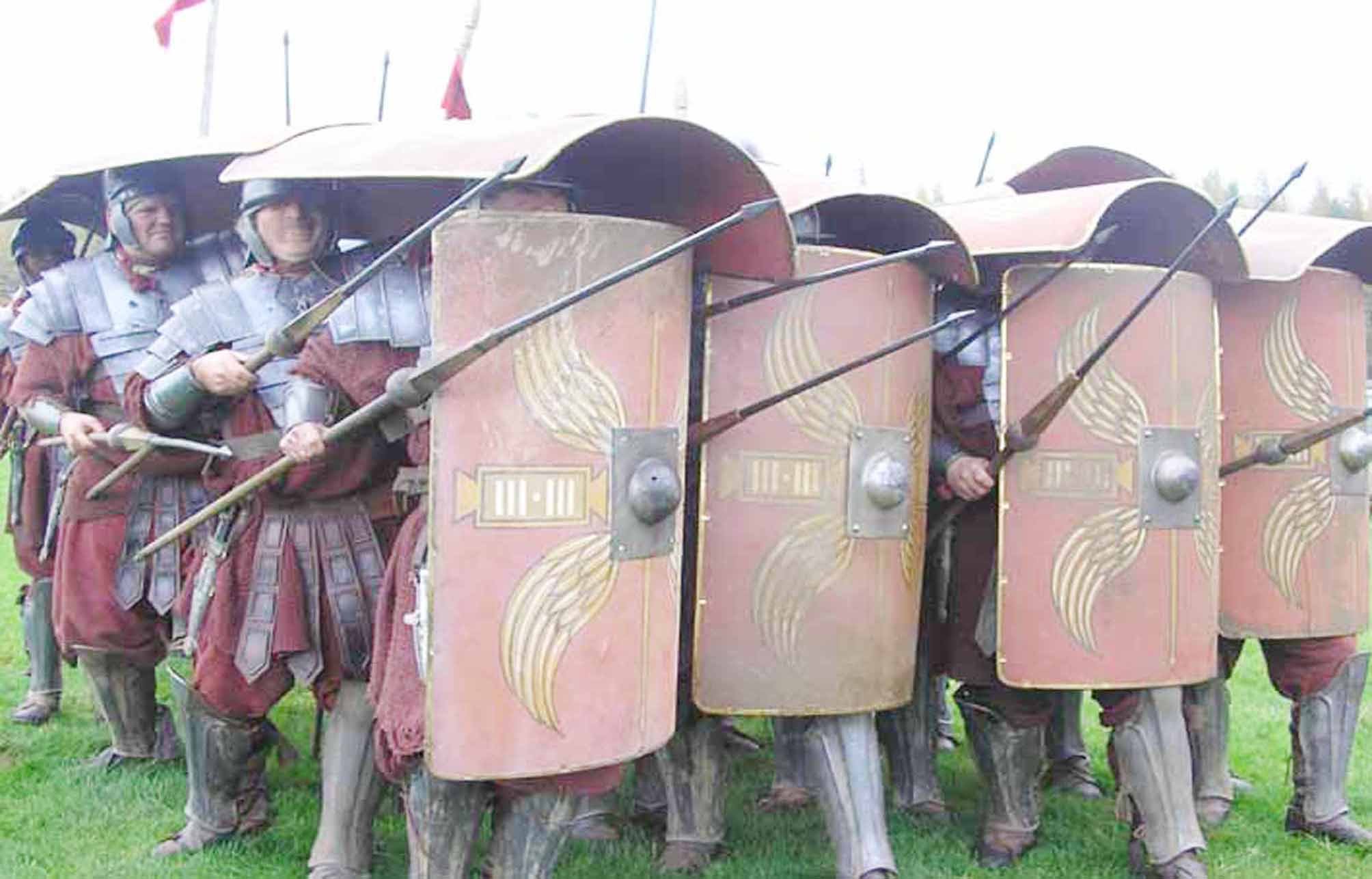 Under the cover of a testudo in tortoise formation. 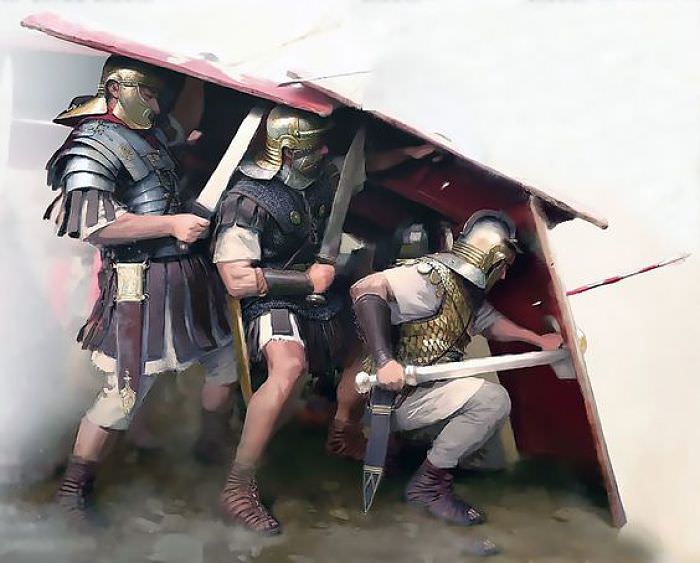 In practice during a Ukraine riots. 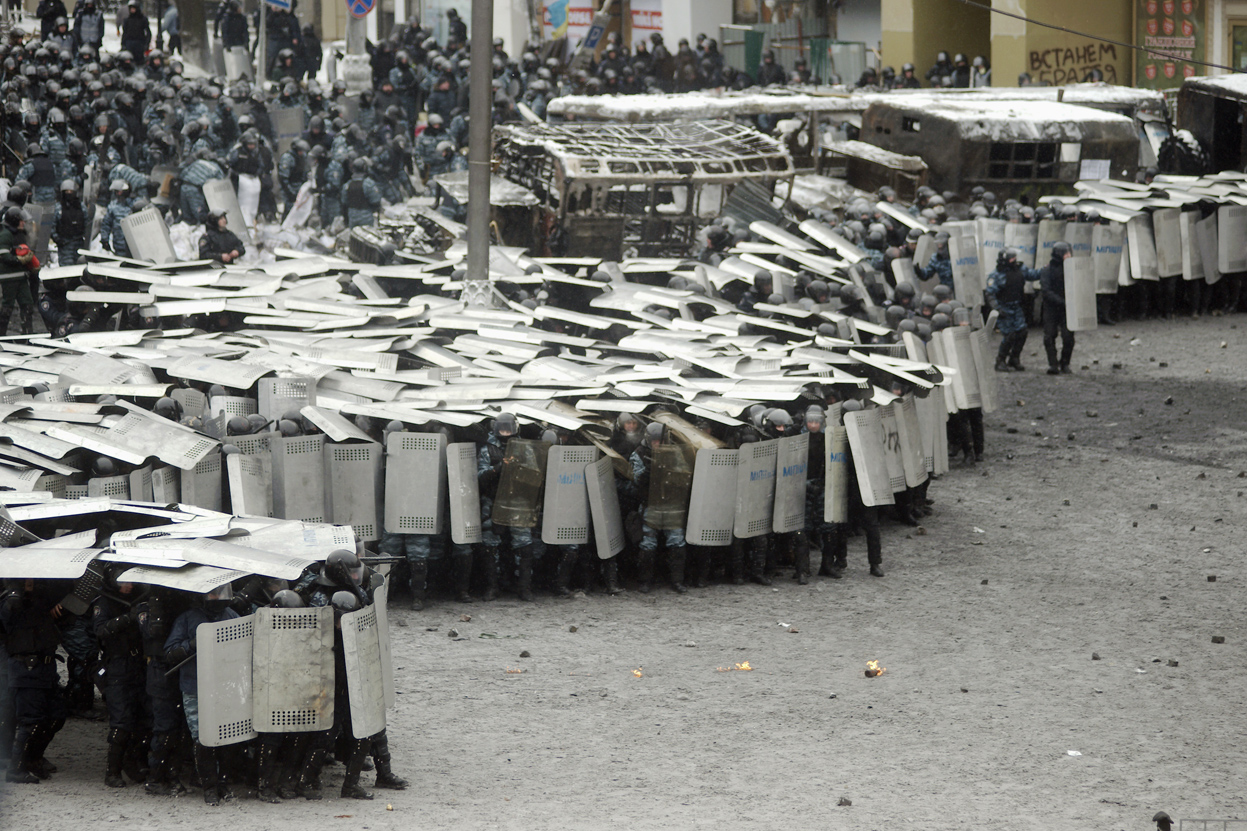