Looks like a graphically superior version of Rule the Waves 2
Last edited: Jul 4, 2019

This still looks a long way out.
Did RtW2 have graphics?

Rule the Waves 2 has some basic graphics. However, it is a very deep game, kind of like a Grigsby game, very detailed, strategic and tactical levels, plus ship design. You are the role of the Admiral of the Navy, the Naval Minister and to some extent the country's leader. You design ships, doctrine, assign production, research and just basically build and maintain a navy from the dreadnought age up to WW 2. 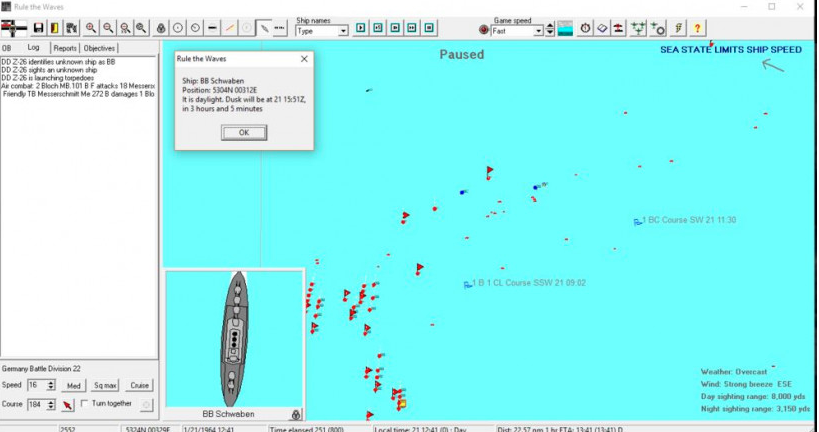 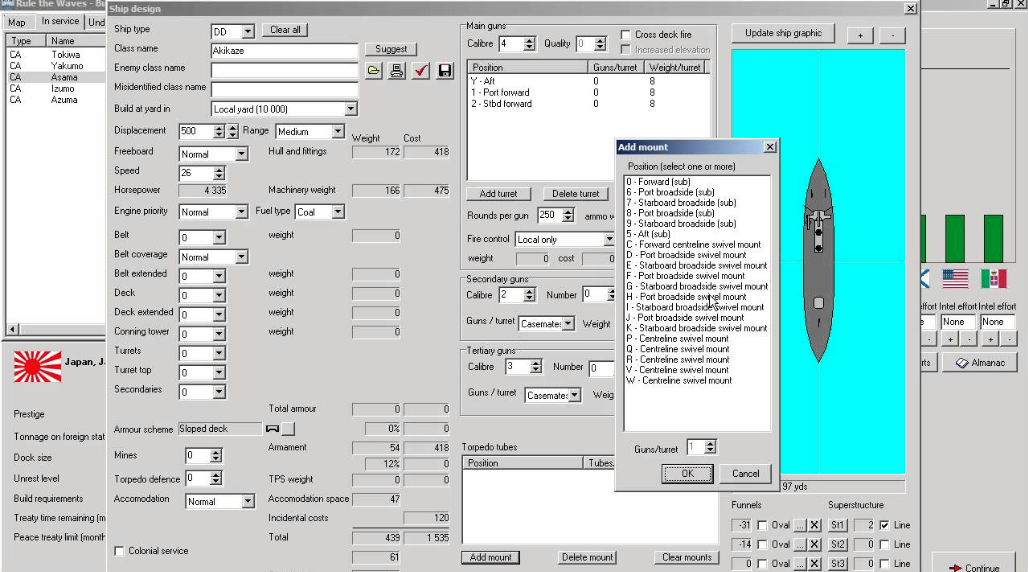 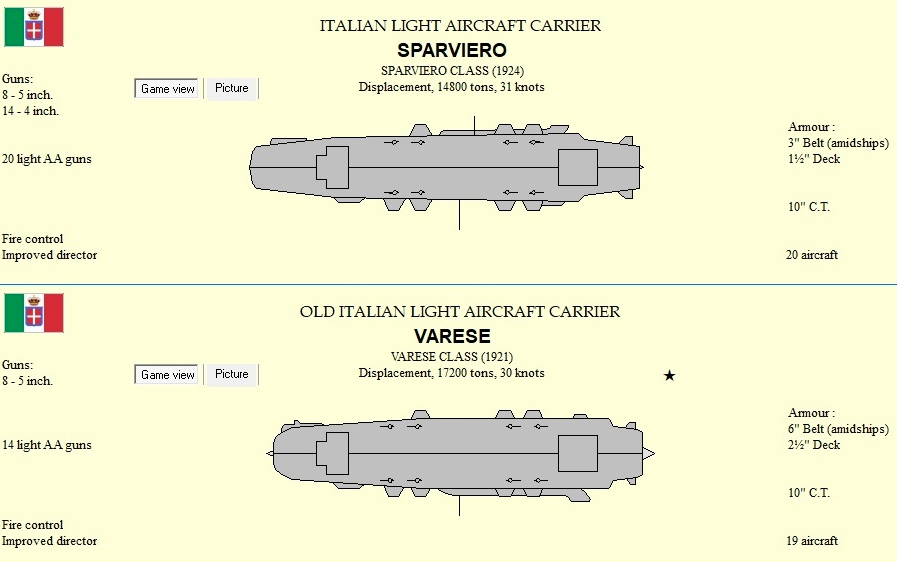 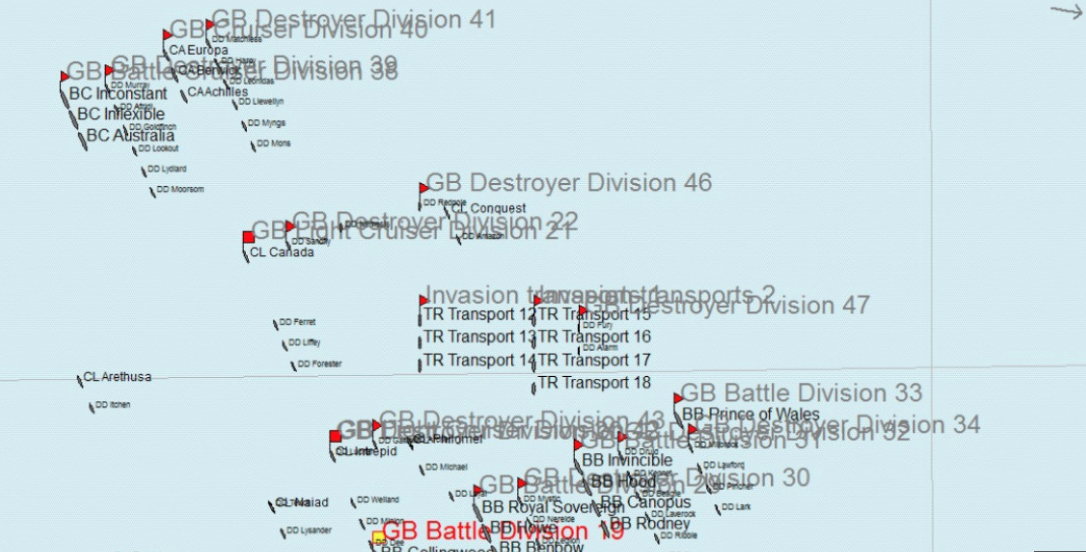 I agree. That's the reason I never game close to getting it. Of course, I realize that's a "me" problem.

Yeah, what's your saying for these monster games, "it's a lifestyle..." ?

Okay, so you can pre-buy a playable alpha fo 50. Several video publishing gamer Youtubers are posting so cool videos. Apparently you can design and build you own ships. My favorite is the battleship with 18” guns taking on and defeating a small task force. Clearly the AI needs some work. But a beautiful looking game and it’s on my wishlist.

Looked this up... not sure if it will be multiplayer

Is there a campaign game?

mTk said:
Is there a campaign game?
Click to expand...

There will be but it's not available yet. I actually got this game a couple of weeks ago, I think it's great and already well playable while it's still in alpha. AI behavior can vary a bit, sometimes they're very competent other times less so.

Some screens from a naval academy mission, in which you have to build a modern battleship to sink a fleet of 3BB, 5CA and 5 DD. There are 3 hulls available, Japanese/US/German. I did a quick try at replicating Yamato, although much too heavy. It did better than expected, but it has about zero maneuverability:

It is looking good indeed, the screens don't do the main guns firing much justice. What was also good, was that after I corrected the name of the battleshipt to Yamato and corrected the design a bit (more close to the actual design), it did much better and won the mission.

The other day had some fun with a custom battle pitting WWI era battlecruisers against eachother (6v6), supported by some more DD and threw in some CL/CA. Pure mayhem with all those guns going!
Curious about the campaign!

Both are possible actually. Ships usually start grouped in divisions per type. But you can detach/attach ships across divisions (so a division can be a single ship). Divisions can be ordered to have their own course or screen or protect another division, while there are also options for the behavior inside a division (line/abreast & close/normal/far spacing iirc).

Edit: things can become a bit messy, especially if the enemy is spotted on one side and you want to move one division through the other for example. Which is probably realistic, but not always practical. I guess they will still improve/enhance some things in this regard, as it is still in alpha.

Lethaface said:
Both are possible actually. Ships usually start grouped in divisions per type. But you can detach/attach ships across divisions (so a division can be a single ship). Divisions can be ordered to have their own course or screen or protect another division, while there are also options for the behavior inside a division (line/abreast & close/normal/far spacing iirc).

Edit: things can become a bit messy, especially if the enemy is spotted on one side and you want to move one division through the other for example. Which is probably realistic, but not always practical. I guess they will still improve/enhance some things in this regard, as it is still in alpha.
Click to expand...

Thanks for sharing that information. I am glad to hear that you can fight by divisions. Can you lay smoke? How are torpedo attacks handled?

HOA_KSOP said:
Thanks for sharing that information. I am glad to hear that you can fight by divisions. Can you lay smoke? How are torpedo attacks handled?
Click to expand...

My pleasure!
Destroyers and light cruisers can deploy smoke, which results in those ships deploying smoke being covered in smoke for a couple of minutes (with 5min reload orso).

Torpedo attacks are automated. You can influence their behavior with a 'stance' setting: off / save / normal / aggressive. Ships also need to be in 'correct' position to fire them, depending on how the torpedo's are mounted if they can be fired in the probable path of the targeted ships.
It is quite doable to manage a division of destroyers to go for a torpedo run, i.e. charge them forwards until the first in line fires torpedos, give the division a movement path away from the enemy. Depending on factors I managed to get them fire their torpedoes one by one, before breaking off to the flank.

The AI is, at times, also quite adept at it. There is quite some depth in the thing. Fast, maneuverable ships like destroyers can quite easily outmaneuver torpedoes. That is if they spot them in time; the larger the salvo the more difficult to evade. Slower capitalships can usually not evade them in time after spotting, so need to make evasive maneuvers before that. Oxygen torpedoes are more difficult to detect, as are electric ones but they go slower, etc. The bridge / tower (among other factors) installed on ships influences how good they are at spotting torpedoes. Finally ships can also improve their armor and flotation in various ways, which can make them much more resistant to torpedoes. But you can also increase torpedo size (from 17 till 24" iirc), with the larger ones being heavier and more expensive but much more powerful.
There are under waterline torpedo launchers and deck launchers, from single launchers till quintuple launchers.
In other words, torpedoes can be very deadly. But there are measures against them. Destroyers can lay waste to unprotected capitalships, although a fast capital ship with many light guns and good spotting can instead lay waste to the destroyers before they can mount a successful attack. And modern ships with proper anti torpedo protection can survive a couple of them, although the 24" will probably still be lethal.

Division of 4 BC, had another of 2 but 1 was sunk here already. Also 2 division of DD.

Lucky that I didn't have no flash fires with flying turrets . Those are modeled and are quite intense and nicely done!

In naval academy Cruiser Killer mission, you have to take down an enemy BC escorted by 5 DD. You have a BC yourself (design yourself or let it auto design), with 4 DD provided as escort. Here is the 4DD division, on screening orders the BC.

It seems the smoke also helps other ships if it is between them and enemy ships, I think the closer the better. Not 100% sure.

Incoming torps, couldn't dodge all the destroyer took one:

Later shot out some engines with the 12", dodge this!

This thing was quite well protected against torpedoes. My BC had 22" torps. After my 12" ran out of ammo I had to finish the the remaining torpedoes in my undamaged underwater launcher (seemed up front was only left). The killshot, the torpedo is visible just before the wake of the enemy ship:

I lost all my DD's and killed all but one of the enemy, which fled away orso after I shot the rest of his buddies with the 12" and secondaries. But only objective was to kill the BC, wasn't easy as he was quite well armored and fast with the DD escorts sending torpedo volleys. Due to my fast maneuvrable ship I could evade those mostly and take out the destroyers first, after which I could slowly wittle down that BC.
Last edited: Jun 4, 2020