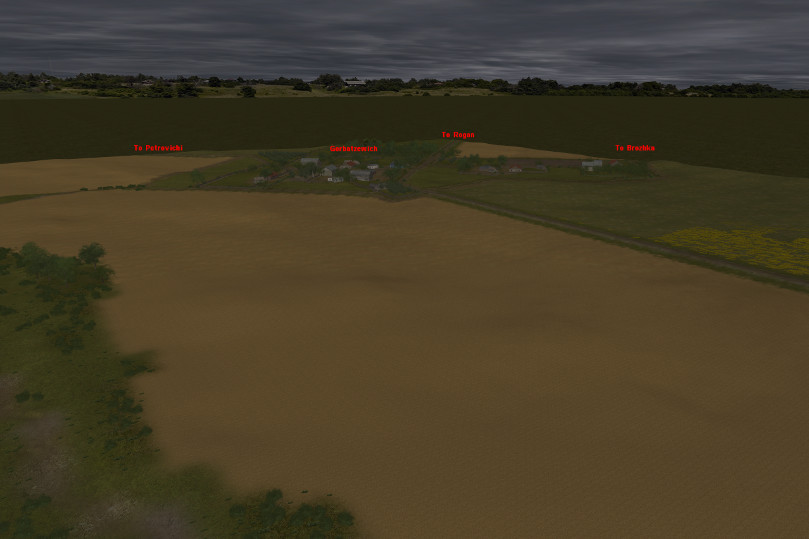 You are in command of a Soviet Cavalry Squadron southwest of Babruysk. After several long days of fighting, we have finally managed to capture the vital city and open the road to Minsk. Remnants of German forces still remain around the city, occupying blocking positions and doing their best to prevent our forces from rushing into Minsk. One of these blocking forces is located in the village to your immediate front. Allied vs AI.