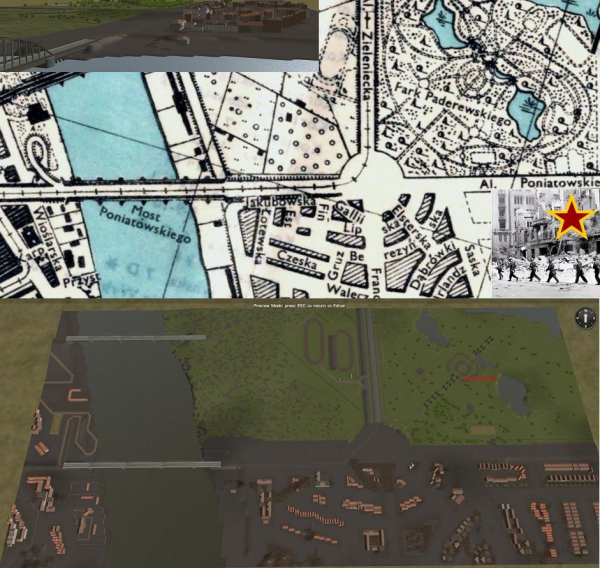 The success of Operation BAGRATION led the desperate residents of Warsaw to launch a second bloody uprising against their German occupiers in August 1944. As Army Group Centre was sent reeling, and Red Army spearheads approached the city, hope was restored to the battered survivors of the Home Army holding out in the ruins. Hitler, unwilling to yield even more ground, declared Warsaw-Praga a fortress and forbade his SS troops from abandoning the Polish capital. The Vistula River was to be the new defensive barrier and Warsaw the linchpin. On 10 September the first Soviet troops entered the outskirts, and two days later, a reconnaissance troop of the 1st Polish Armoured Brigade started making its first feelers towards the east bank of the Vistula. They were met with machine gun bullets and anti-tank shot. Undeterred, the small column engaged the SS troops charged with a last ditch defence, eager to complete their mission of breaking through to the river…

Designed for play as Russian vs AI. May be suitable for H2H. Adapted from ASL Scenario 7 “Dash for the Bridge”, using contemporary historical sources for realistic terrain.

Note – Andrew Bodicky released “Dash for the Bridges” on 20 June 2014, a bit of a surprise as this scenario has been in separate and independent gestation for weeks now. A review of Andrew’s submission shows that the two scenarios, while originating from the same source material, have taken very different approaches. Andrew’s follows the ASL format very closely, with a nicely done recreation of the boardgame mapboard, and victory conditions very different to those in this scenario. Players are encouraged to download and enjoy both.