Map only. No victory locations or set-up zones. Use as you wish. 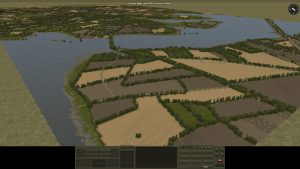