A balanced “What If” scenario for H2H play only. No A.I. plans for single play.
Scenario 16 of 16 in my forthcoming series 82nd Airborne in Normandy

INTRODUCTION: What if the 2nd Battalion of the 507th Parachute Infantry Regiment, 82nd Airborne had dropped 80% of its troopers on target during the early morning hours of D-Day? This scenario is designed for balanced H2H play and recreates the ‘hoped for’ situation on D-Day. As American Lt. Col. Timmes C.O. 2nd Battalion 507th Parachute Infantry Regiment, 82nd Airborne Division you must attempt to locate and secure your objectives with 80% of your battalion. As the German commander on the ground you must stop the American paras from achieving their objectives.

VERSION 2 NOTES: The scenario itself has not been altered. Both sides’ scenario notes have been expanded to include the arrival times, locations and compositions of friendly reinforcements.

A mod-tagged version of Falaise’s 22.5 degree roads is included with scenario 1 of 16, previously uploaded.

Tags: Head to Head play only 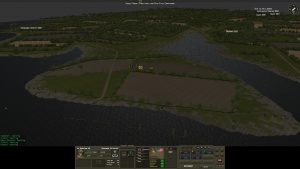