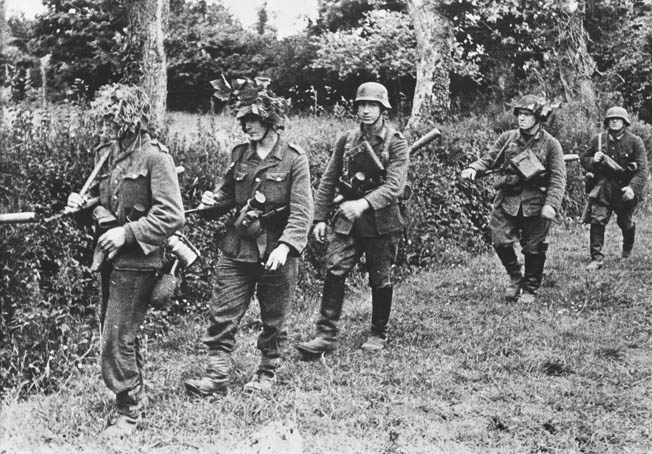 On June 6th most of the HQ Company of the 507TH PIR was dropped about 15 miles south of their designated drop zone. They ended up in the marshes outside the small village of Grainges. This village controlled 2 of the main north/south roads leading to Carentan. The CO of the unit, Major Johnston decided they would fortify the town to impede any German reinforcements heading to Carentan. Over the next couple of days more men walked out of the marshes and into town, including some from the 501st PIR. The Paratroopers fortified the town and sighted in their mortars and MGs.
On June 19th a small German mechanized patrol drove into the area and was ambushed. Now the Germans knew the paratroopers were blocking the road and the paratroopers knew it was a regiment from the 17th SS Panzergrenadiers Division that would be coming down the road.

And so, June 11th began as a quiet day until late morning…

It’s for CMBN and needs all the updates. It is an historical battle which occurred after D-Day. Playable as H2H at this time.

Bloody Mistake_ the Battle for GraignesDownload