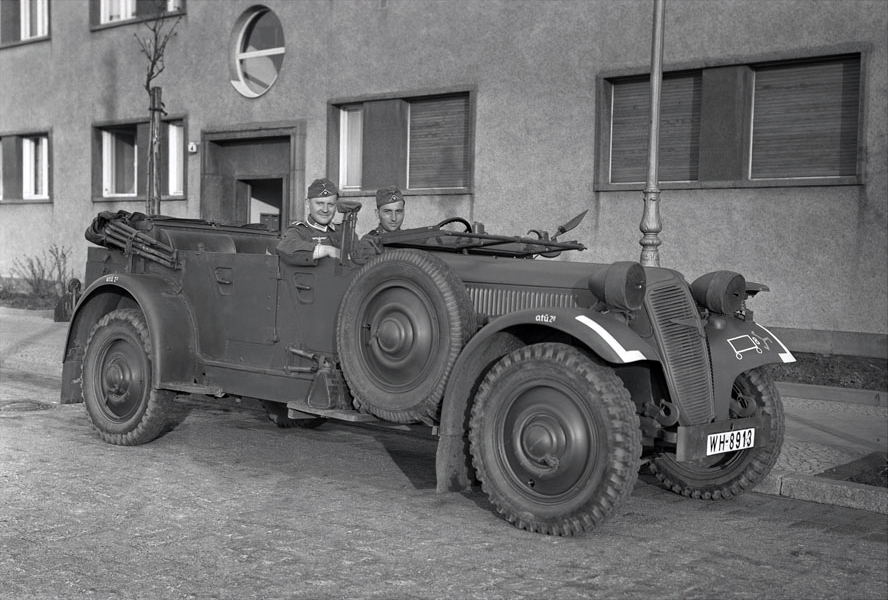 The Adler 3Gd is a military version of a civil executive car Adler Diplomat, by that clarifying the meaning of the abbreviation of the army variant Gd – Gelendewagen Diplomat. Equipped with a powerful engine of 3 liter capacity and having entered the market with 15% lower price, the limousine Adler Diplomat competed with the most sellable 6-cylinder Mercedes-Benz 290 (W18) and won almost 40% of those years sales. 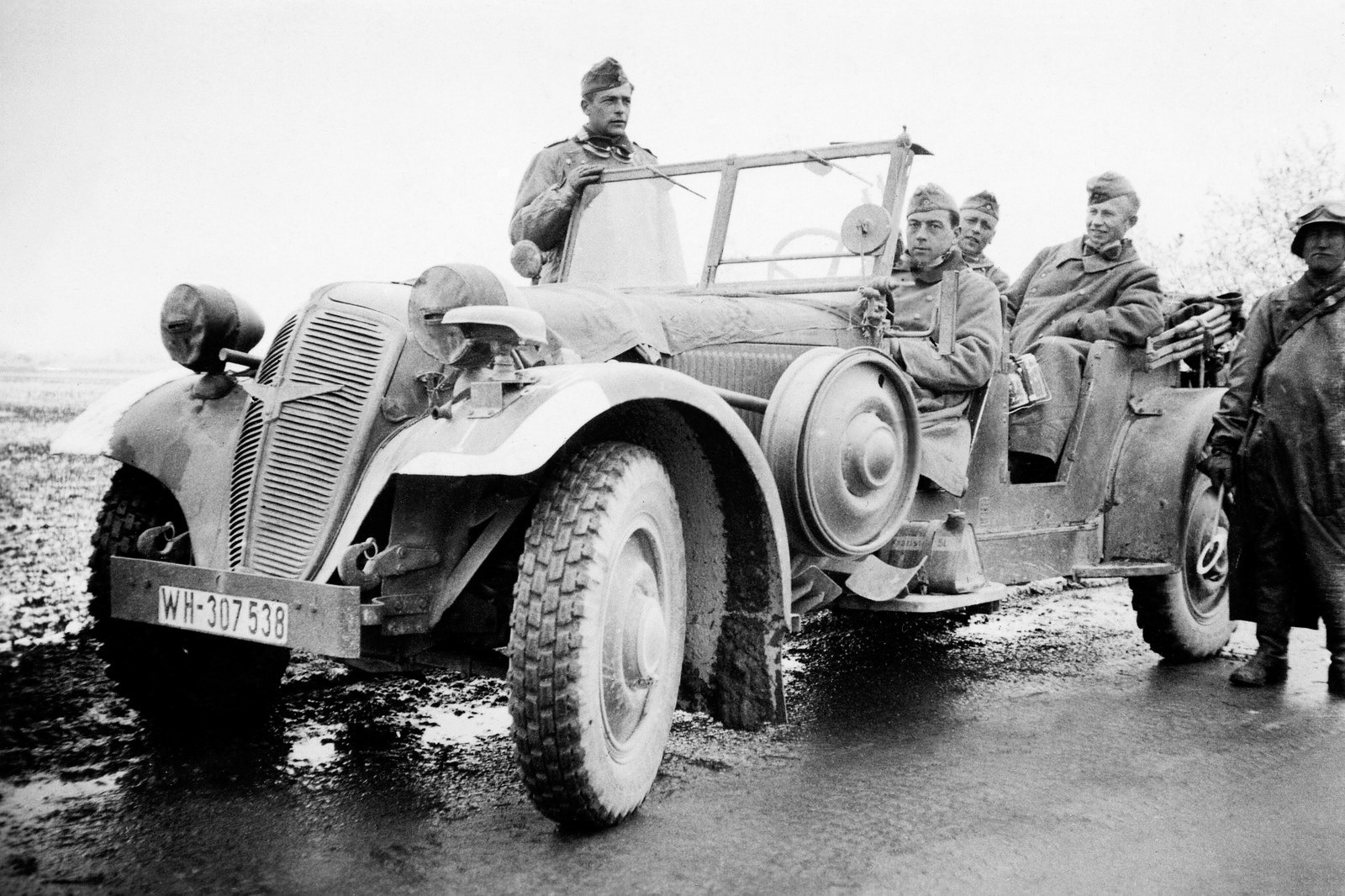 Having received a noble birth, a military Adler could not help attaining respect of the high command of Wehrmacht and SS elite units during the war years. The Adler 3Gd was intended to transport soldiers with their ammunition loads and to pull a light gun (variant Kfz.12, and there was a simplified Kfz. 11 without a towing shackle). Practically all Adler 3GD perished in the first years of the war without replenishment on the part of the car manufacturer. 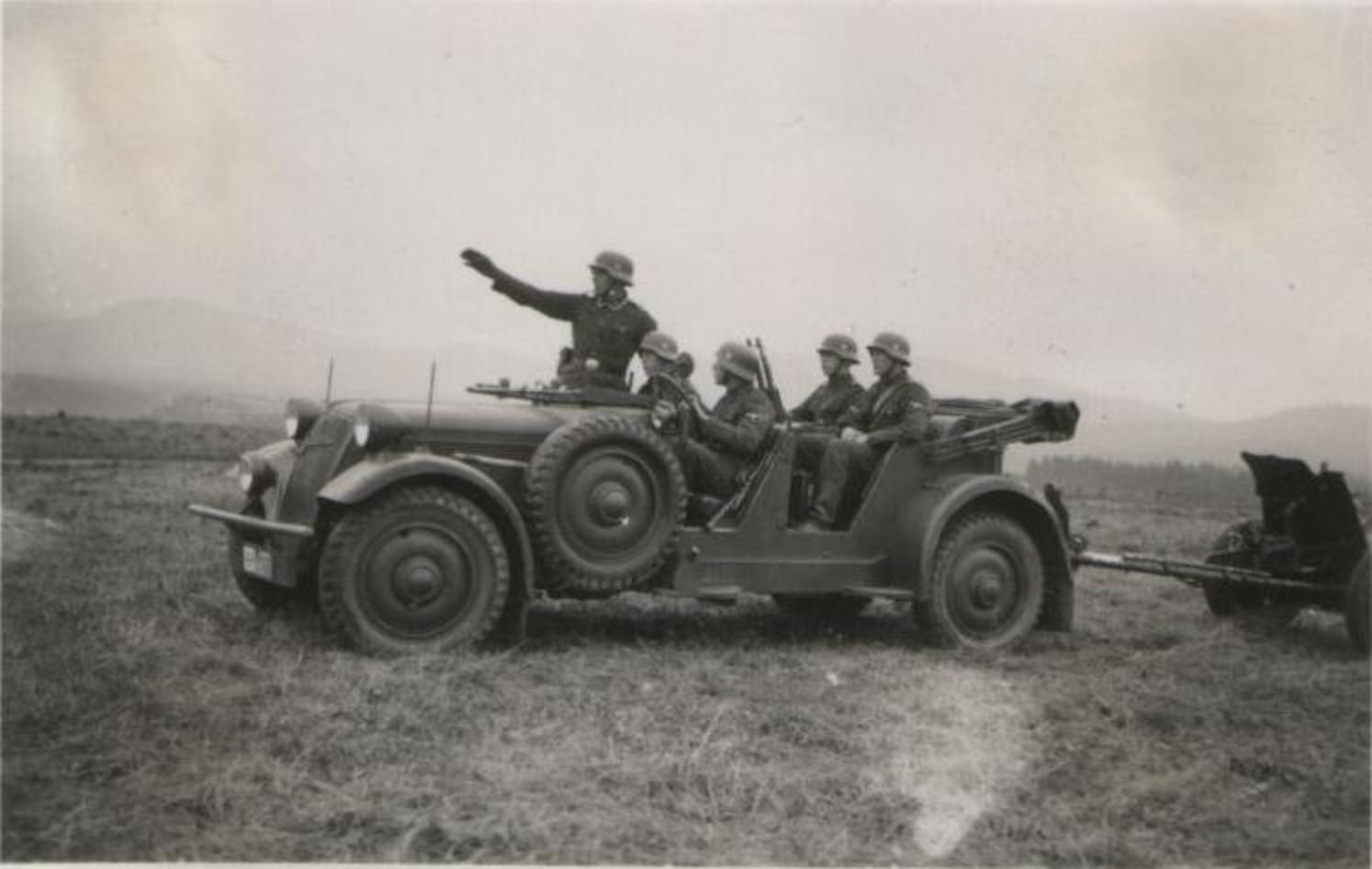 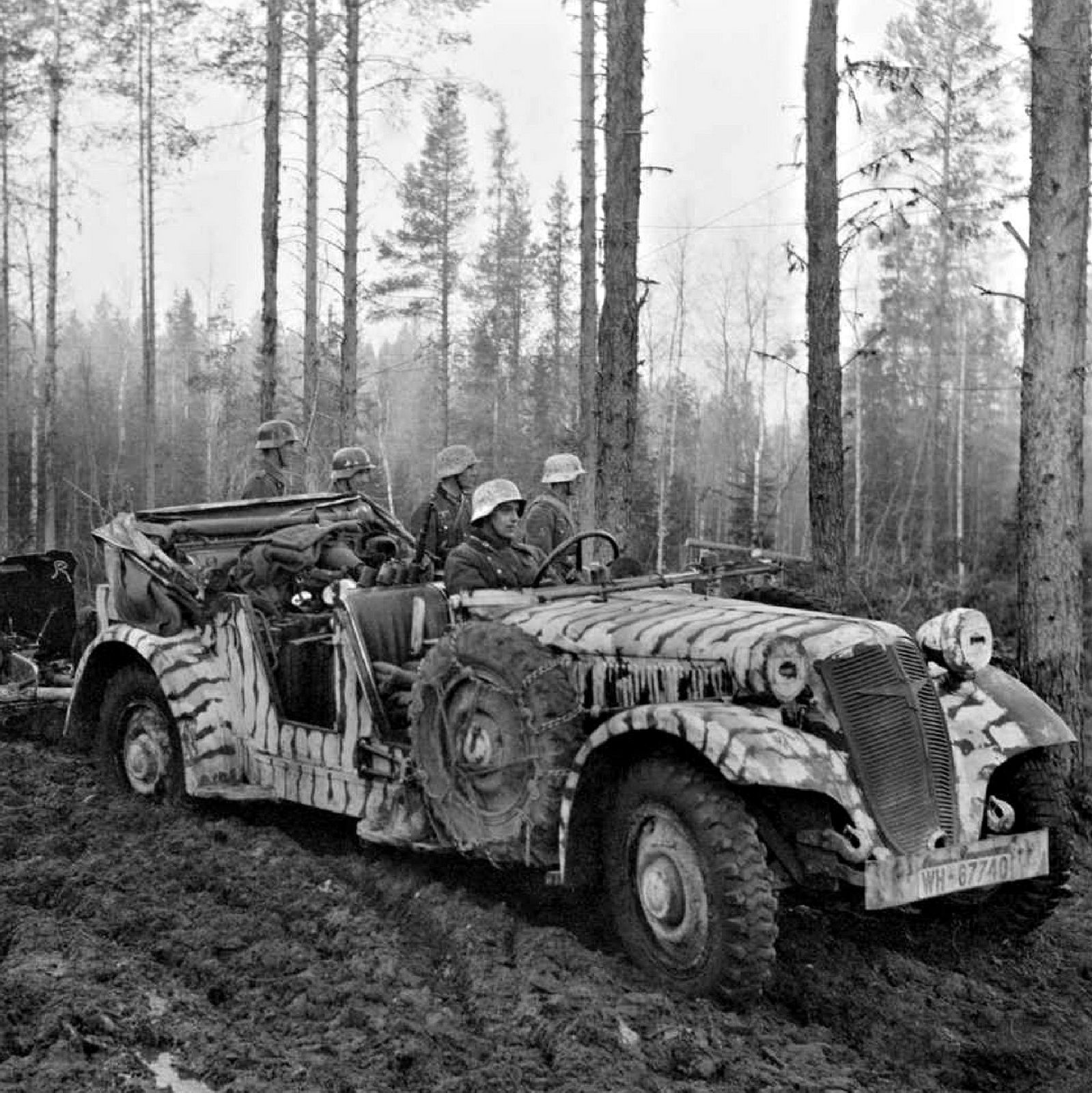