Designed in 1915, the french Aubriot Gabet “Fortress” was considered as a way of pushing across the dangers of no man’s land.
The armoured Body was fitted to a tractor chassis to provide protection for a crew of 2 (driver and gunner) and featured a 37mm Navy Cannon. 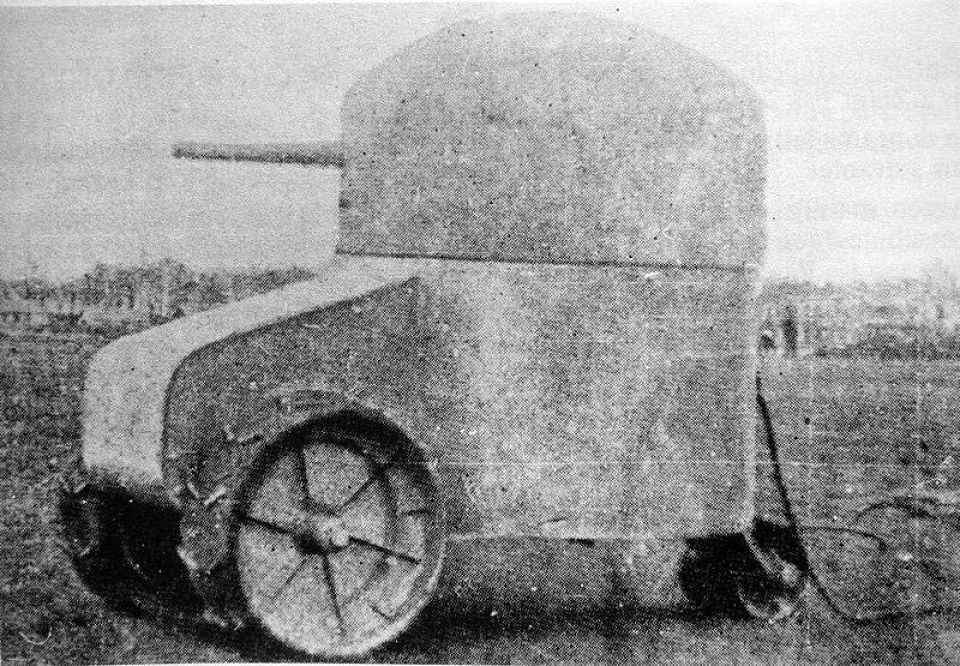 It was electrically powered by an external source which meant a long cable was required to trail behind it as it rolled through the fields of barbed wire and shell craters. This left it extremely vulnerable as any damage to the power line meant that it would grind to a halt.

Only a single prototype was built and tested before it was determined the design flaws were too significant to continue development. 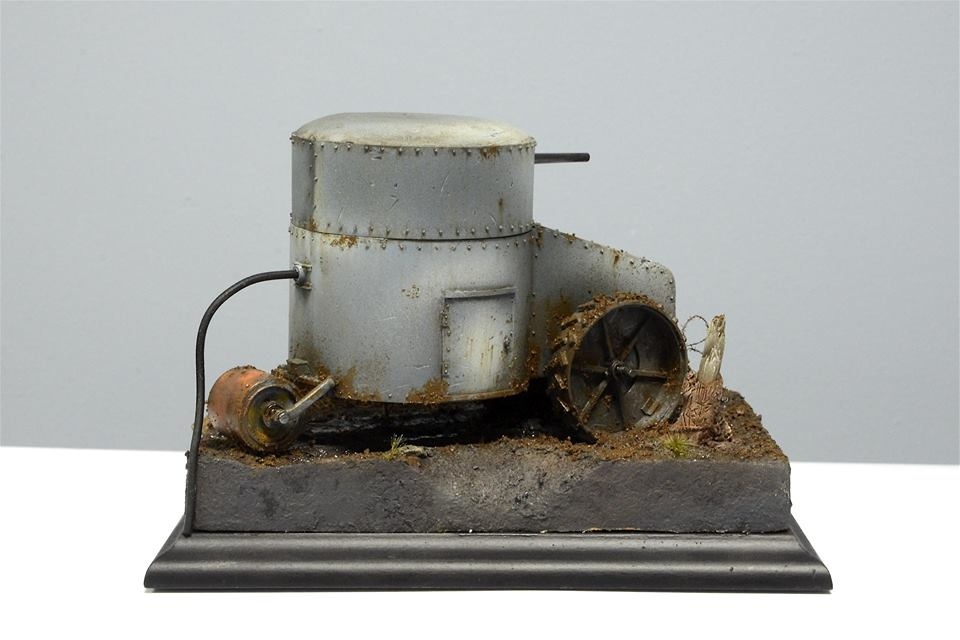