The Bell P-59 Airacomet was the first American jet fighter aircraft, designed and built during World War II. The United States Army Air Forces was not impressed by its performance and cancelled the contract when fewer than half of the aircraft ordered had been produced. Although no P-59s went into combat, it paved the way for another design generation of U.S. turbojet-powered aircraft and was the first turbojet fighter to have its turbojet engine and inlet nacelles integrated within the main fuselage.- 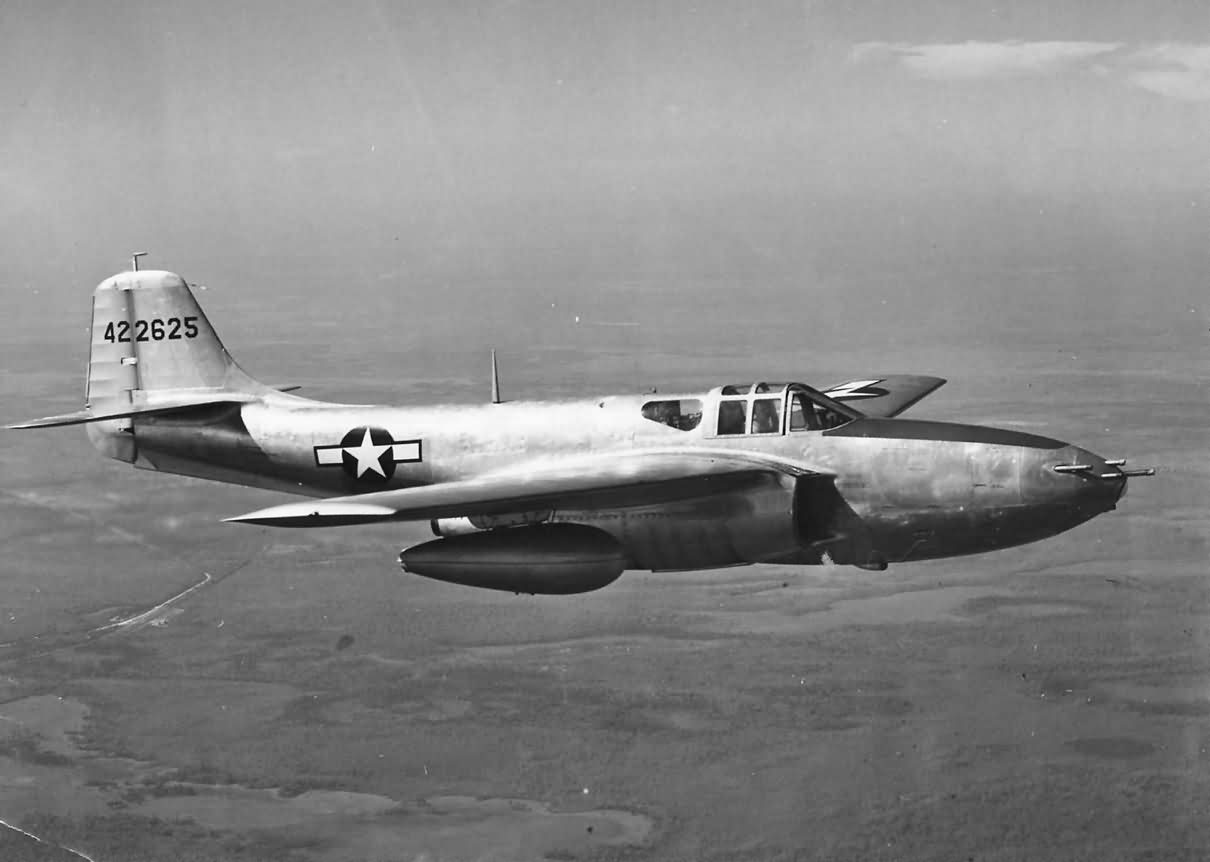 The first thing that strikes you with the airplane is it's strong resemblence to the P-39 (or P-400) Bell Aircobra. It was of course built by Bell, also makers of the Word War II workhorses.

The German ME 262 had flown in July, three months prior to this flight, but this was the first American entry into the modern jet age. The British Gloster E28/39 had flown in May of 1941 and was credited with killing the first German V-1 flying bomb, with a second kill the next day.

Only 66 P-59A's were built and it never reached military service. The contract was cancelled in 1945.- 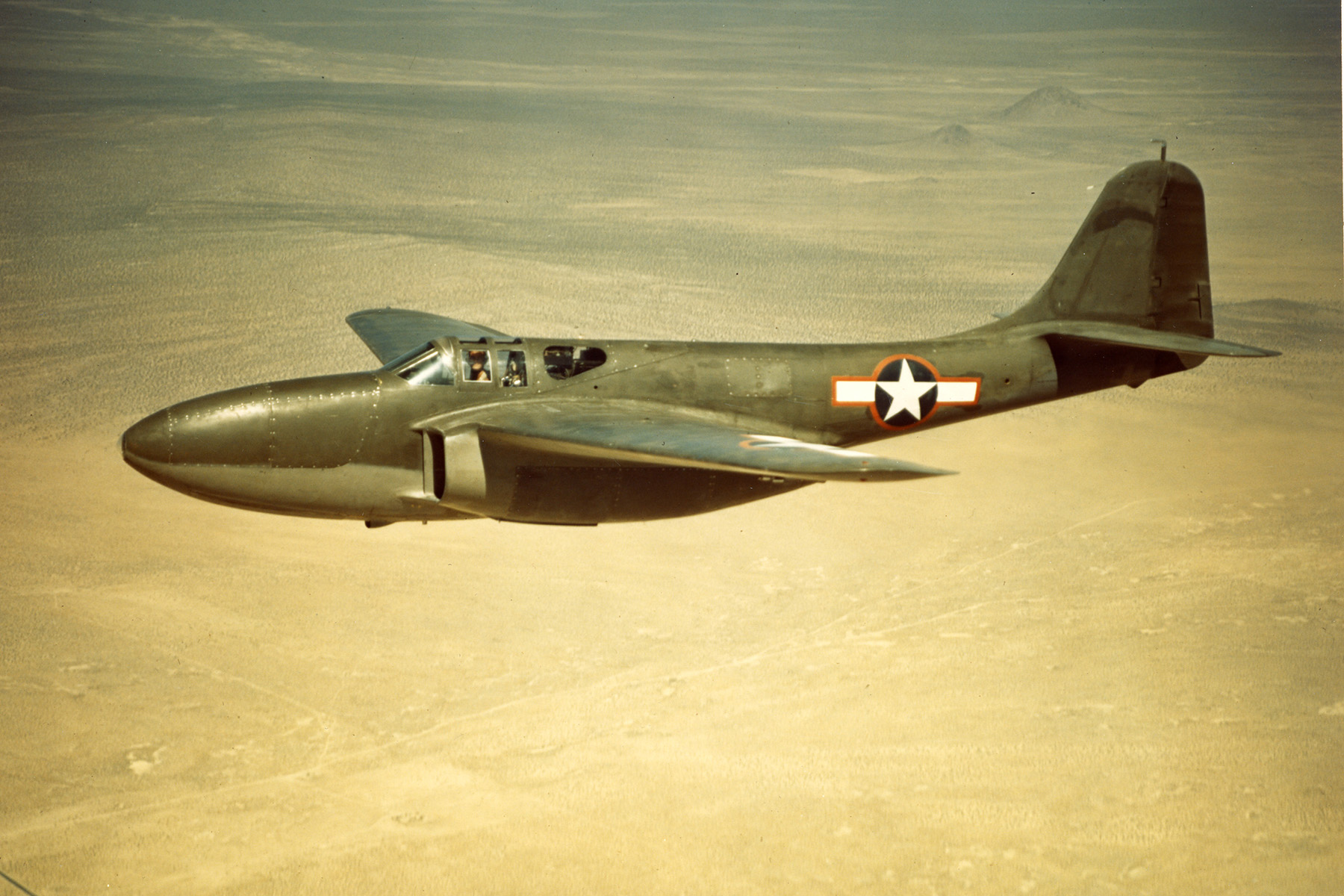