Welcome to the sign up thread for the Chariot Lords Tournament! Can you master warfare in the Biblical age?

Leaving the excellent campaign work to @Rico (who wants to compete with that), I have decided to run a different Field of Glory II tourney format.


For any newbies, the battles are very quick to run and so, so fun. So sharpen your spears, polish your shields, and above all, prepare your Chariots! Who will be champion?

Questions can be posted to this thread or messaged to me directly.

Scribe me upon your aspirant's obelisk, Dread Lord . . . 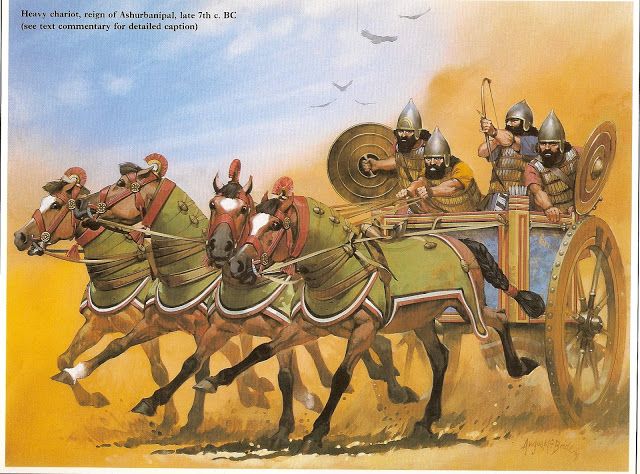 Sure, count me in.

We need two more players minimum to have the optimal set up, so recruit! And the more the better

Throw my name into the hat.

We need one more player to make this easy......any ideas on who I can recruit? Enigma declined, citing real life.

@Badger73 Thanks for the invite but I am snowed under with work and just been hit with a nasty cold so am spending my gaming time playing slow paced city builders which I don't have to spend too much mental energy on. Have fun!

Keep trying to recruit for about another day......if we can't find someone, I'll play a spot in each four man Group, as sort of a control group. I will be ineligible to advance but can fill the spot to help the players accumulate (or lose) points. And I would get six games!

Ok, @Bootie has graciously opted in, despite a challenging schedule. We now have two groups of four players, which is perfect. I will set up the group play in another thread, complete with playing schedule. Look for it tonight....Pacific Coast USA time.
Let the Chariots rumble!

Group composition will be strictly random.

But don't let the wheels fall off . . . :shockaroona:
Thanks for hosting this, @Wellsonian