The Fahrpanzer was a mobile artillery piece made prior to World War I in Germany, implemented in several German fortifications from 1890 onwards and exported to several foreign military powers prior to the outbreak of hostilities.

As designed the Fahrpanzer was mounted on narrow gauge railroad trucks and was wheeled along 60 cm tracks to its battle station. When not in use it would be pushed into a protective bunker to avoid damage during heavy bombardment. The Fahrpanzer was not autonomous: as originally designed it could only be pushed into place and rearmed from outside. It is not clear whether in practice any Fahrpanzer were retrofitted to be self-propelled or self-reloading. However artillery pieces of any kind were in short supply during World War I, and many Fahrpanzers were removed from their fortifications and installed in forward trenches by the Germans.

For road transport the Fahrpanzers had purpose-built horse-drawn carriages. All export models of the Fahrpanzer were sold with such a carriage, and it appears some export Fahrpanzer remained affixed to their carriages for the duration of their military career. All Fahrpanzer were fully armored and operated by a two-man crew. They may have been positioned and rearmed by the gun crew, or by handlers stationed outside the weapon. In any event the lack of self-propulsion and self-rearming capability placed its operators at risk.

Armament consisted of one Grunson 5.3 cm quick-fire gun capable of +10 degrees and minus 5 degrees elevation, mounted in a 360 degree rotating turret.

Exemplary in a Warsaw military museum. 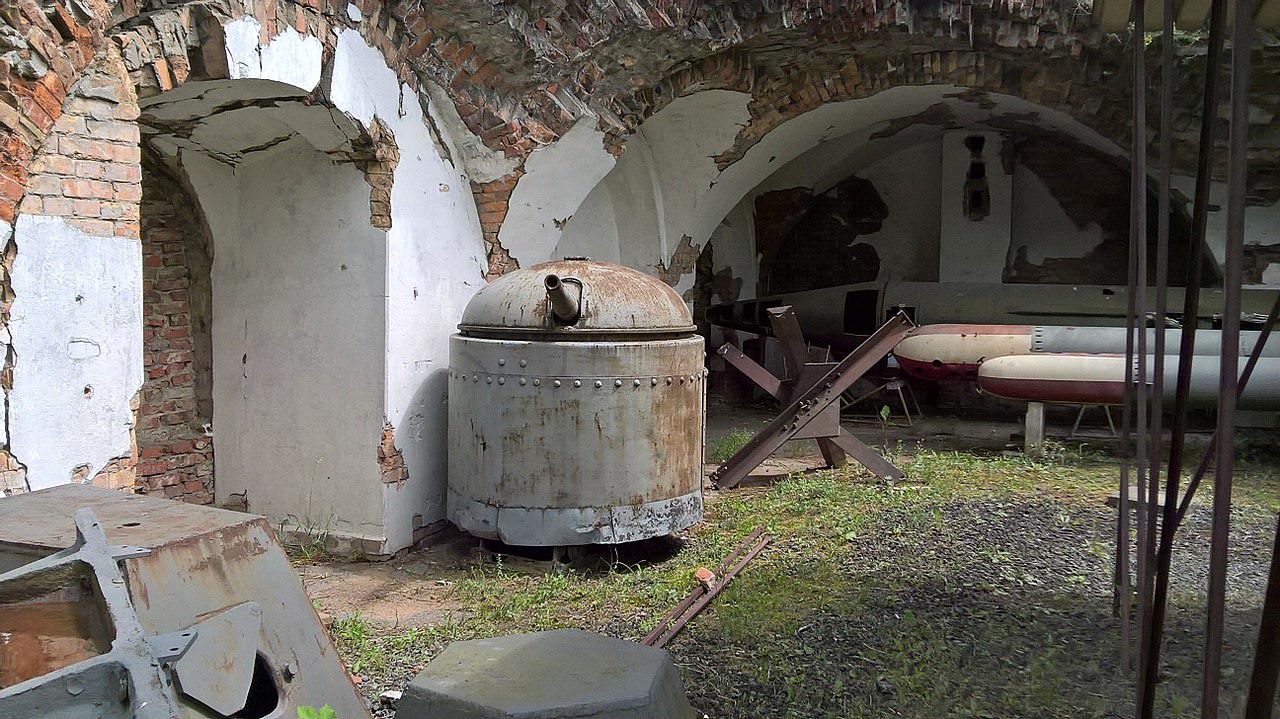