The Fiat 2000 was an Italian heavy tank designed and produced by Fiat during World War I. Only two were built as it never entered serial production. It was one of the largest designs of its time. During WW1, Italy did not field any armoured units, due to a lack of tanks. The only solution at the time was to begin production of original designs. The FIAT 2000 weighing 40 tons as compared to the Mark V's 28 tons. 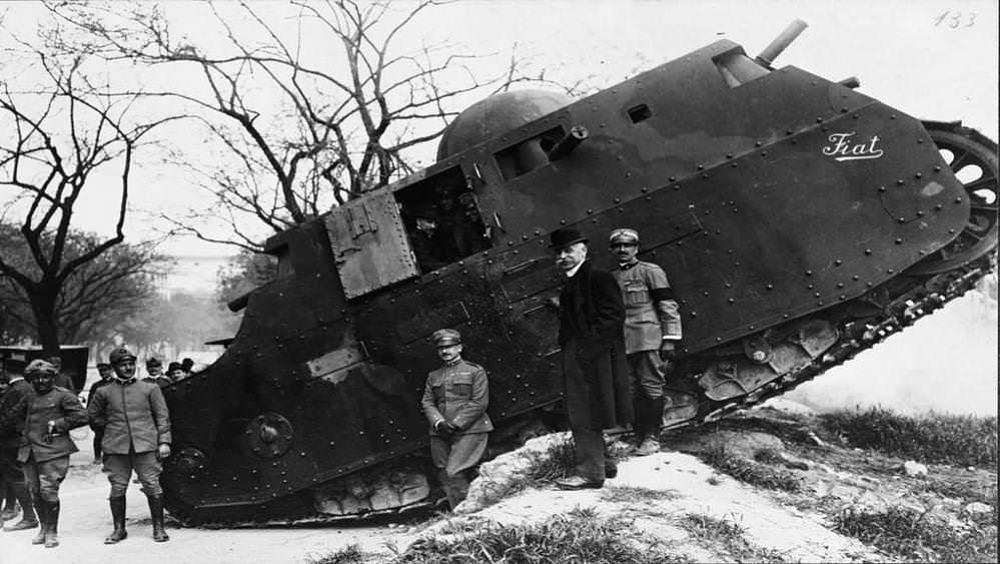 The driver was seated at the front, with very good overall vision consisting of a large port forward and small lateral loopholes. The layout of the FIAT 2000 differed to the other tanks then in use, especially the British ones. The engine was separated from the crew; not placed behind the crew compartment as modern tanks, but below it. The mechanical layout was also interesting and innovative, comprising a FIAT Aviazione A12, water-cooled 240 hp engine with 6 cylinders driving the tracks through a transverse transmission. The fuel capacity was 600 - 1,000 liters, but this gave only 75 km range on paved roads. The armour was of clean design, being made of riveted steel plates. It was 15 mm thick on the sides and 20 mm on the front. 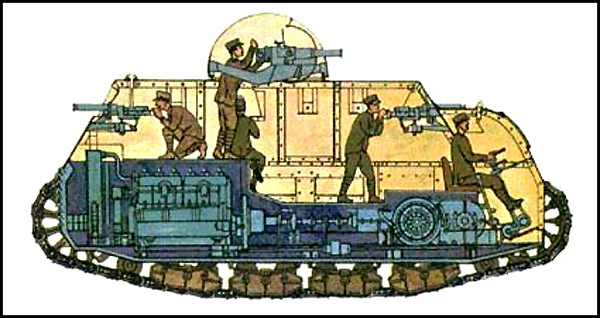 Armament originally consisted of the turret mounted gun and ten machineguns (three on each side and four in front), but this left the rear of the tank undefended and tended to contaminate the interior with propellant fumes, so it was decided to install a ventilator in the roof and alter the machinegun positions to two on each side, three at the rear, and two in front. 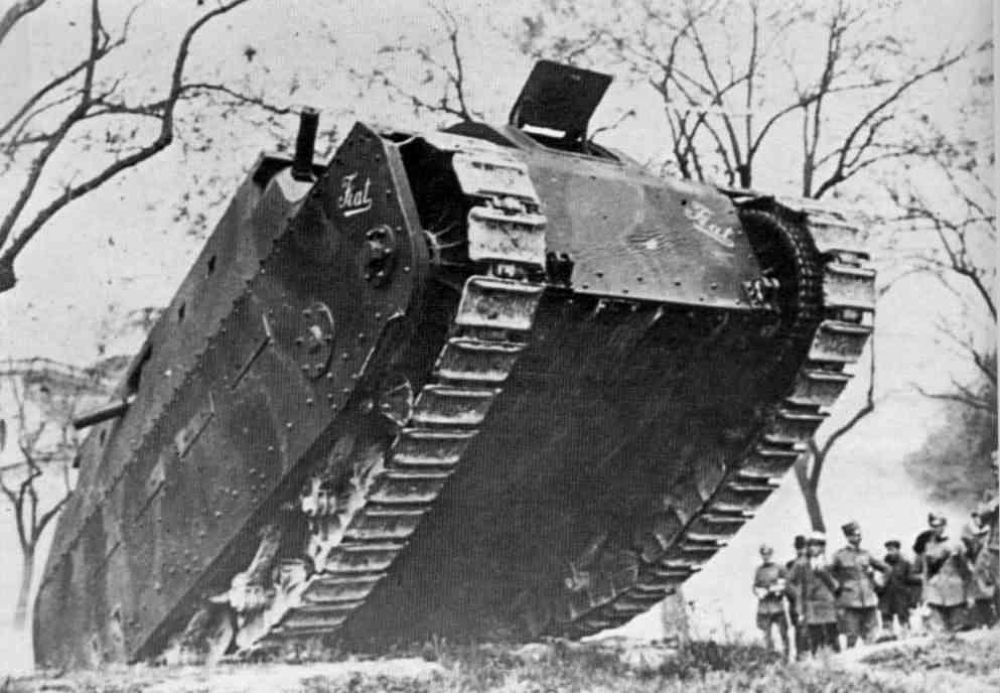 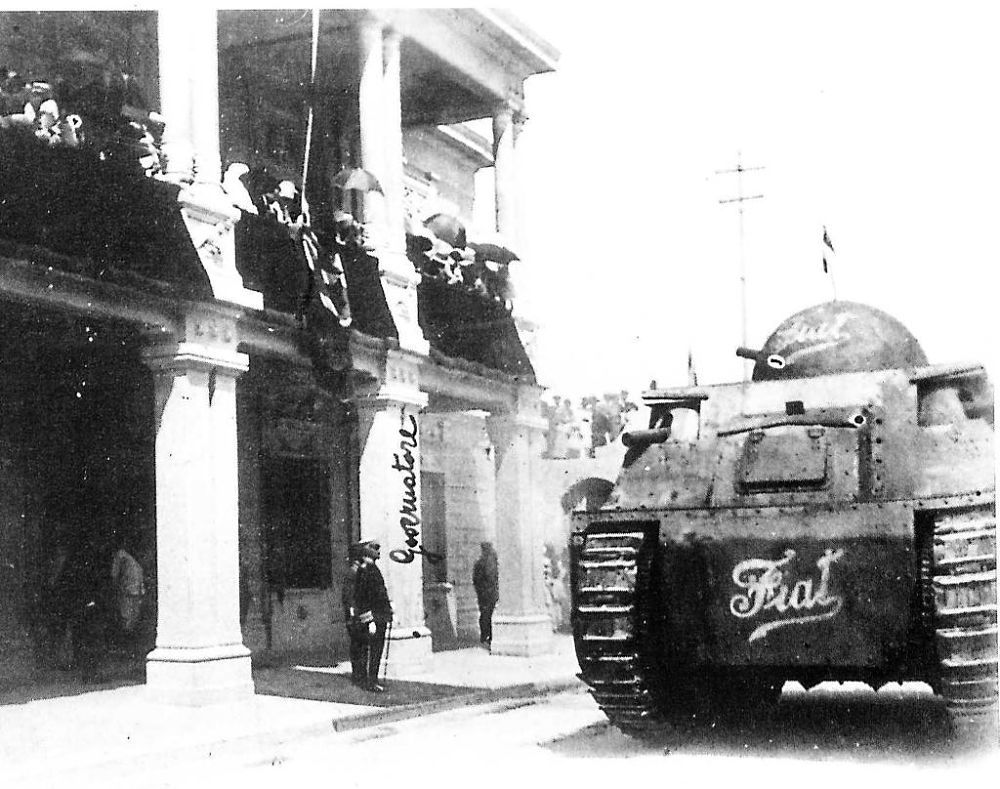 Perhaps the most interesting feature of the tank's weaponry was the turret; apart from the Renault FT, this was the first tank to have a rotating turret mounted above the hull. The turret was made of four pieces rivetted together and had room enough for two crew members. Its weapon was a 65/17 howitzer (of 65mm caliber with a barrel 17 calibers long).