July 28, 1944, this is the Staff Sergeant Kurt Engman, who managed to neutralize four soviet heavy tanks during the conflict on the Karelian Isthmus. He and Corporal Paul Renvall are known as “Tali Tigers”, and Staff Sergeant Engman earned himself the special nickname, “Tali Horror”. Neither had received even 10 minutes of training with the Panzerschreck. Both belonged to the finnish 2nd Battalion from the Infantry Regiment 13.

A finnish sergeant with a KP-31 submachine gun and a Panzerfaust. June 1944.

Finnish soldiers on the entrance to a factory in the town of Antrea on the Karelian Isthmus, 30 Nov 1939. 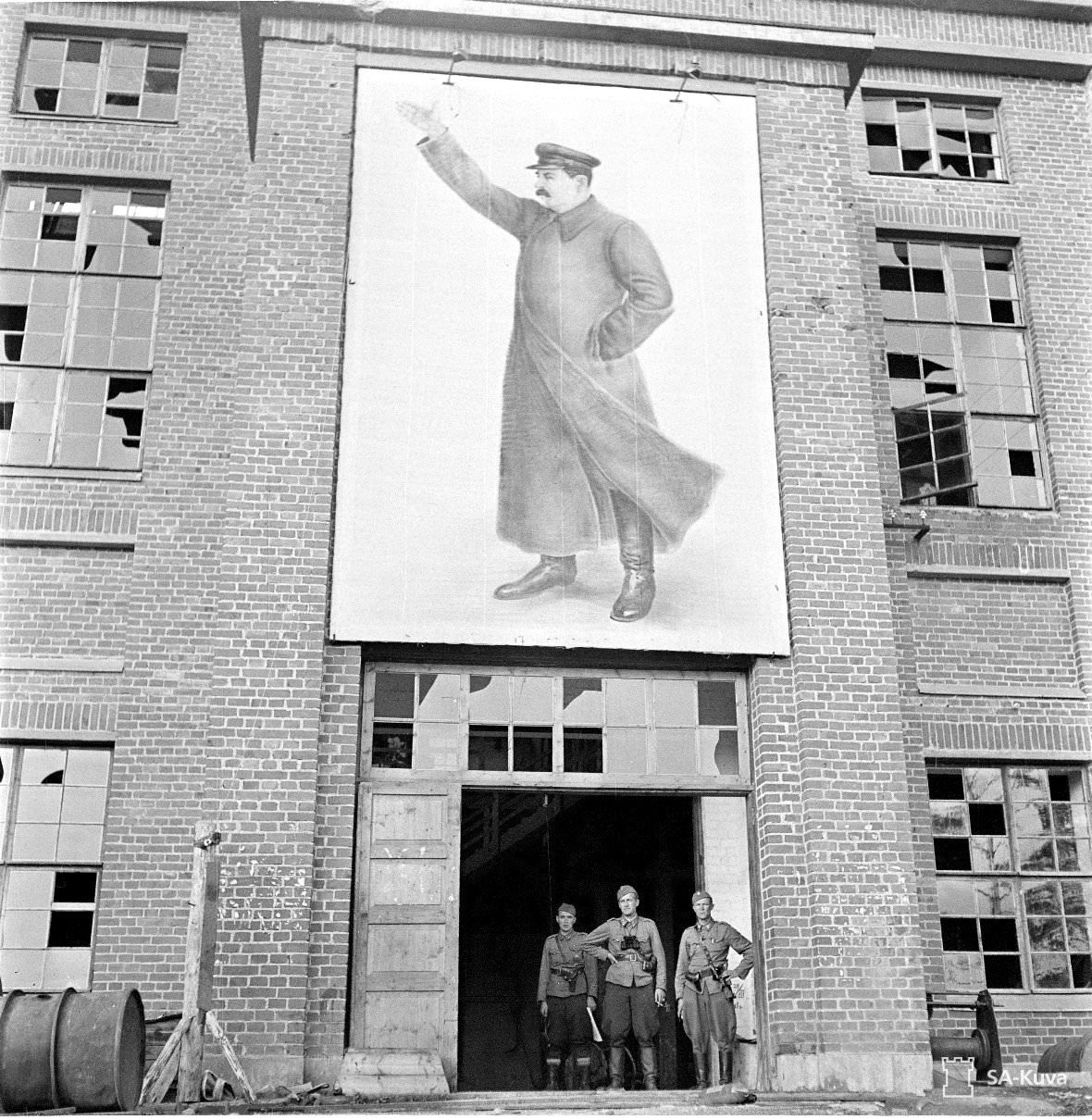 Finnish soldiers in a shelter on the VT-line defensive, on the Karelian Isthmus, June 1944. 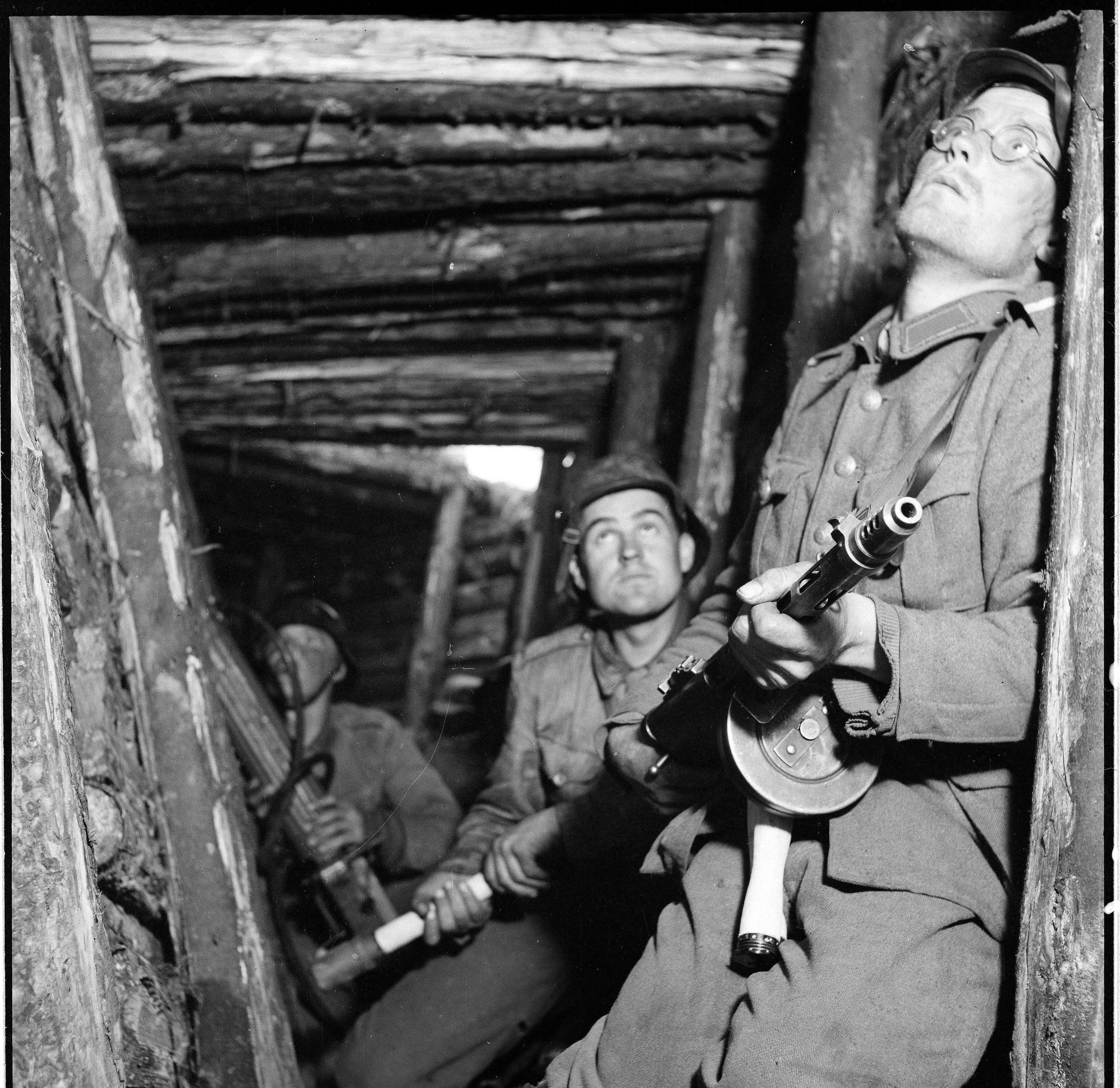 Haven't seen this link around yet, but a few years ago the war time archive was released to the public: http://sa-kuva.fi/neo?tem=webneoeng

There are about 160 000 pictures and a few short films in there. I assume most can already assume this as they are wartime pictures, but in any case: Some of them are more or less graphic.

Finnish troops during street fighting with soviets in Medvezhyegorsk, Russia. 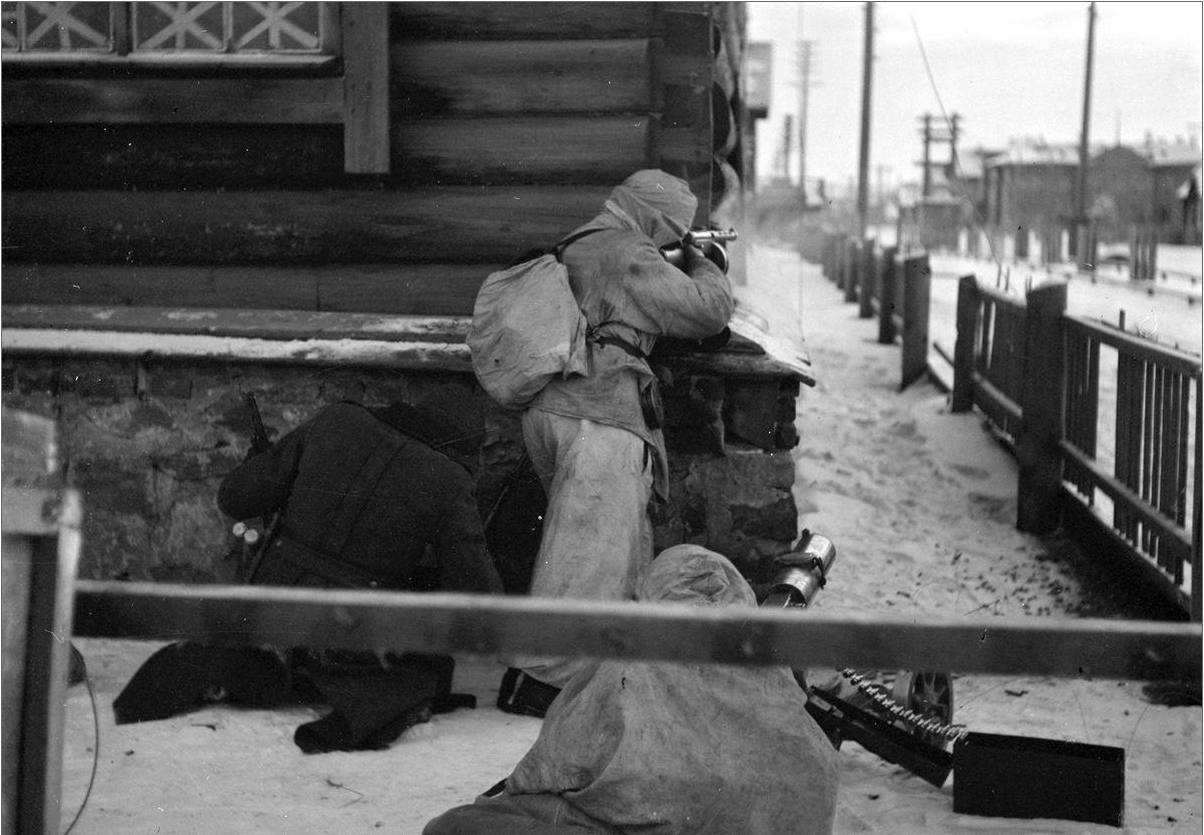 That MG doesn't have much LOS.

mTk said:
That MG doesn't have much LOS.
Click to expand...

1940, a finnish soldier stands guard at a makeshift armoury. 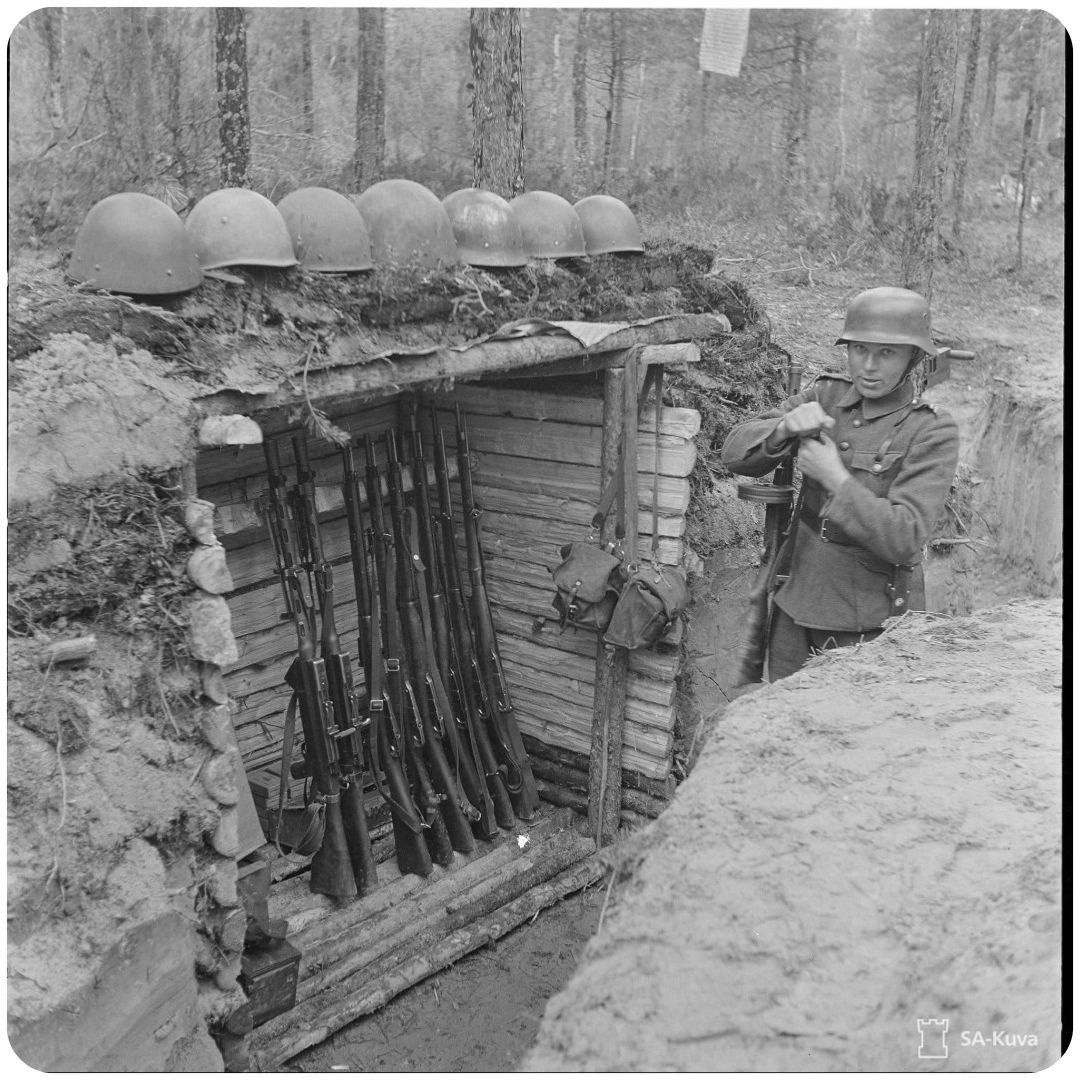 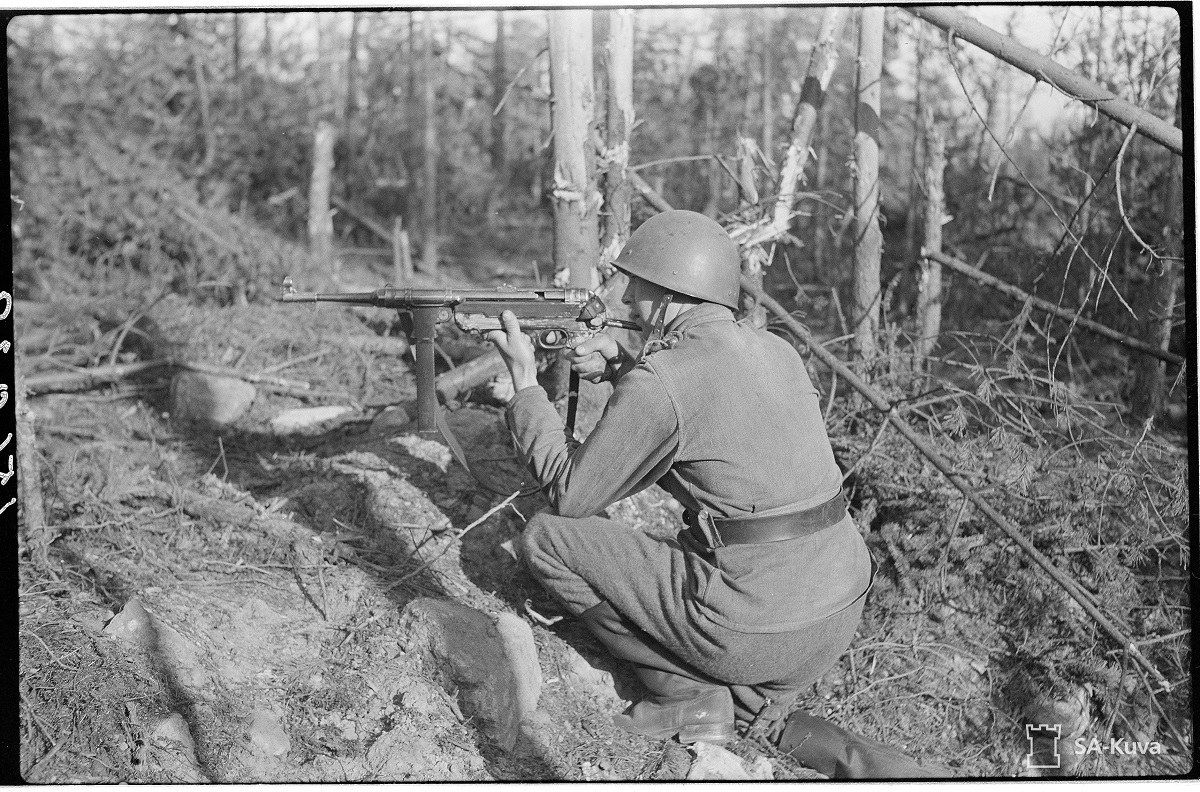 Staff Sergeant Börje Brotell, Commander of the Finnish Sturmgeschütz III Ausf. G. “Bubi” near Vyborg, 7 July 1944. In Oct 1943 Brotell joined the newly created Finnish Assault Gun Battalion, were he was commander of a Stug III Ausf. G. nicknamed "Bubi." He, alongside his crew destroyed 11 enemy tanks during the battle of Tali-Ihantala. This man has been fighting against Russians everywhere, from Caucasia to Ukraine. Brotell passed away on the 6 Dec 2009 at the age of 87. 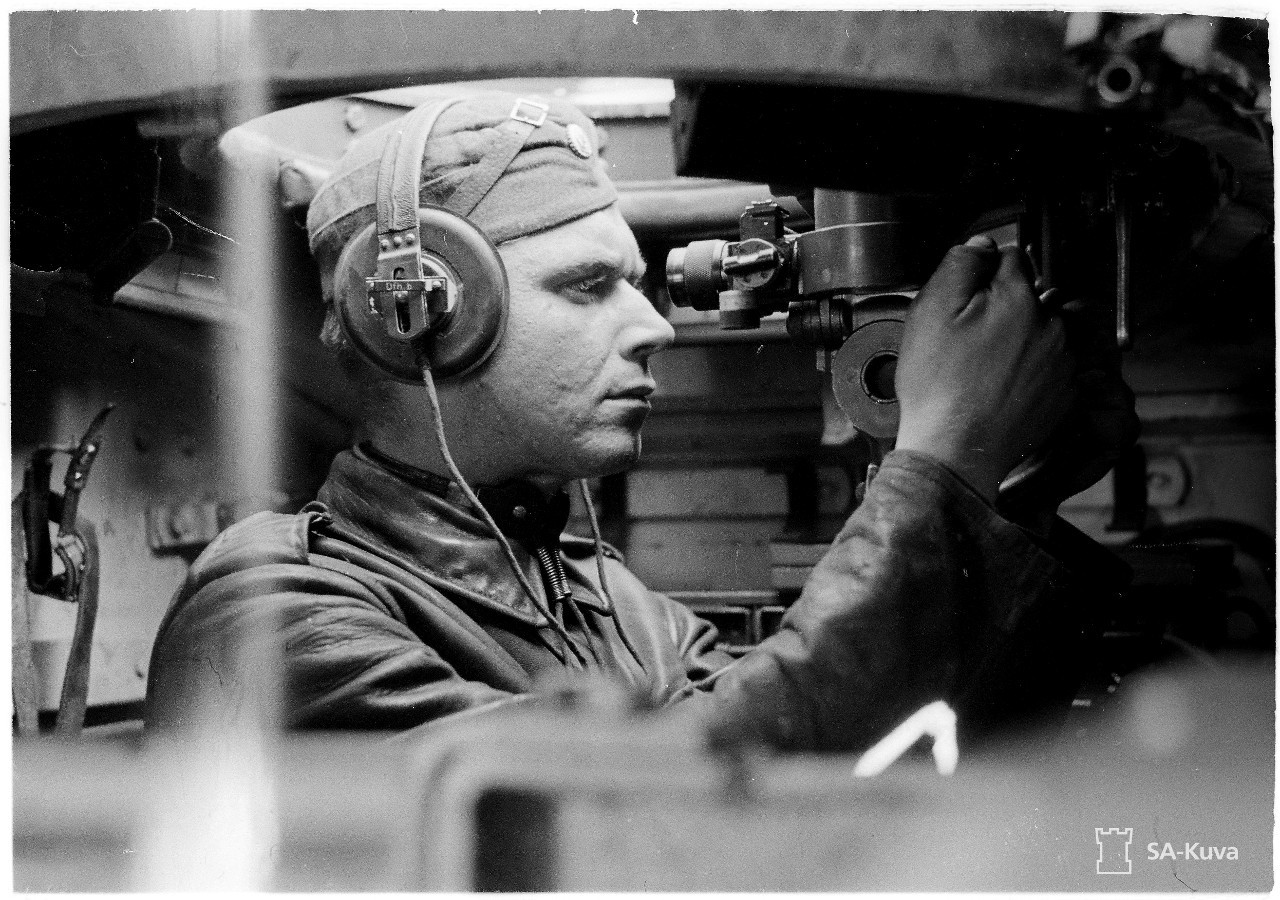 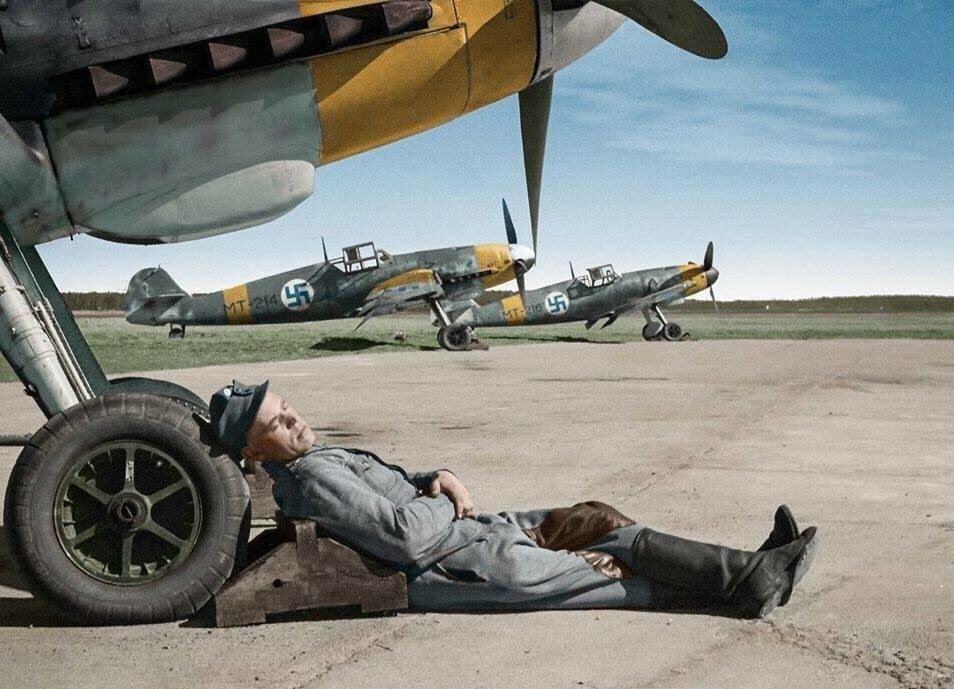 Nice post Louis.
Made me want to do further research and found this on Wikipedia.
Also found some information on an air museum in Finland.
And so another place to visit on my bucket list....

The Finnish Air Force received its first Bf 109s in 1943. A total of 162 aircraft of this type were to be purchased and the first aircraft landed in Finland on 13 March 1943. In total, 159 aircraft were taken into service, as two G-6s and one G-8 were destroyed en route to Finland. Forty-eight of these were G-2s, 109 were G-6s and two were G-8s. The Bf 109 is still the aircraft type that has served in the largest numbers in the Finnish Air Force. The aircraft was nicknamed Mersu in popular speech (the same as the nickname for Mercedes-Benz cars, whose parent company Daimler-Benz produced the Bf 109 engine) and carried the designation MT and a 3-digit identification number. With the arrival of the 109s, the Finns once again could fight on a more even basis, as they could match the latest Soviet fighters. The last of the purchased aircraft arrived in Finland on 20 August 1944, just before the armistice with the Soviet Union.

The Finns scored 667 confirmed victories with the type, losing 34 Bf 109s to enemy fighters or anti-aircraft fire. A further 16 were lost in accidents and eight aircraft were destroyed on the ground. Twenty-three pilots were killed.[37]

One hundred and two Bf 109s survived the war, and the aircraft remained the main fighter of the Finnish Air Force for almost a decade after the end of World War II. Despite the aircraft's expected short lifespan (it was built as a wartime aircraft and was calculated to last about 100–200 flight hours), it continued in service until spring 1954 when the FAF entered the Jet Age. The last flight was on 13 March 1954 by Major Erkki Heinilä in aircraft MT-507.

Museum aircraft in Finland
Several Bf 109s are preserved in Finland. MT-452 is on display at the airfield in Utti, and the Central Finland Aviation Museum displays MT-507, which was the last flying Bf 109 of the FAF. 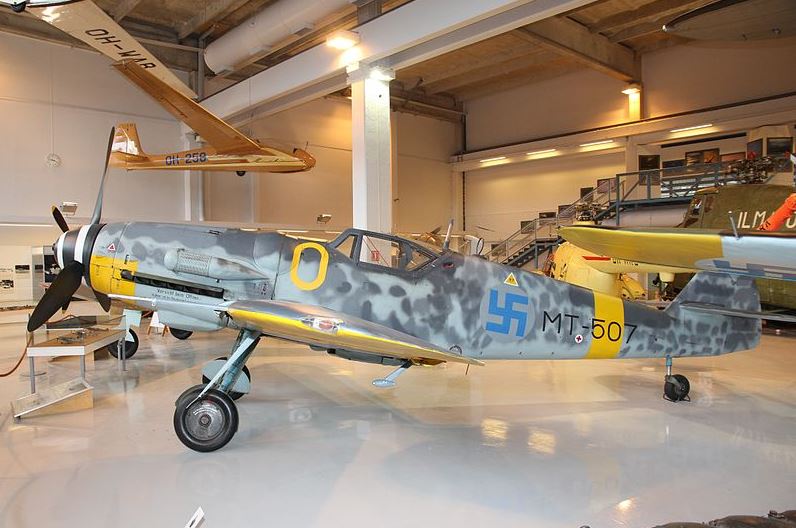 The Finnish airplane constructor Valtion Lentokonetehdas also manufactured a fighter, called VL Pyörremyrsky, whose appearance greatly resembled the Bf 109 but which also features some significant improvements, such as significantly easier handling, different wing construction, and re-designed landing gear. One single aircraft was produced before the end of the war; it is today displayed at the Central Finland Aviation Museum. 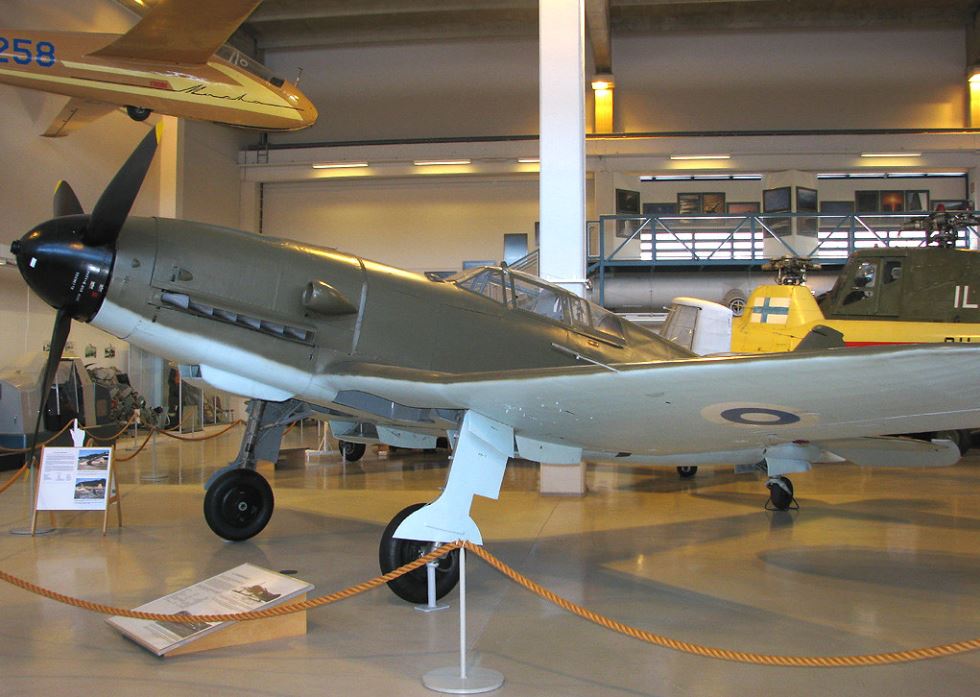 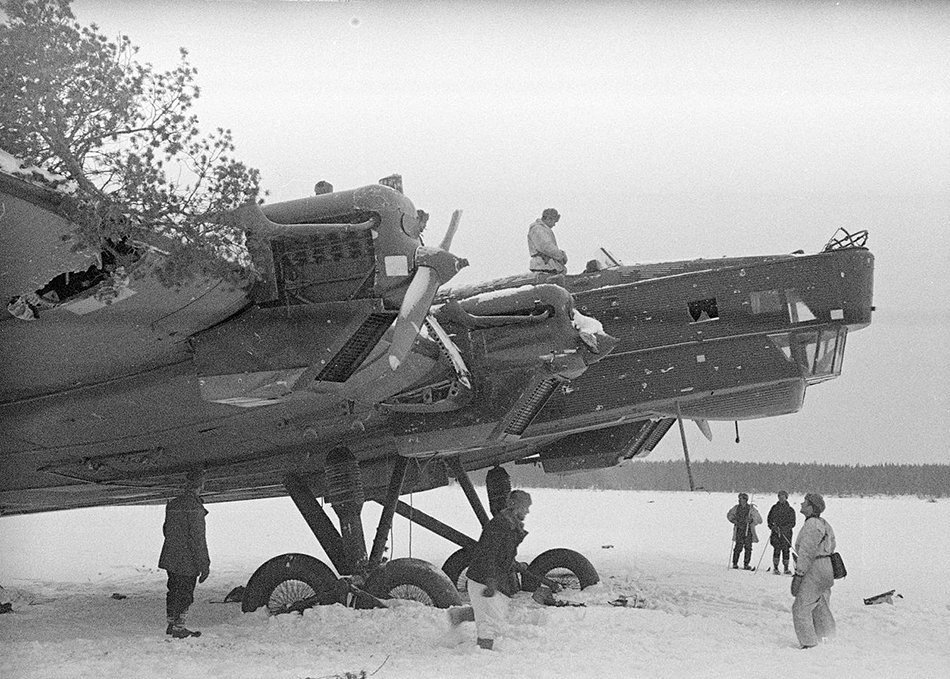 Louis,
Wishing you the best.
Hurry back mate. 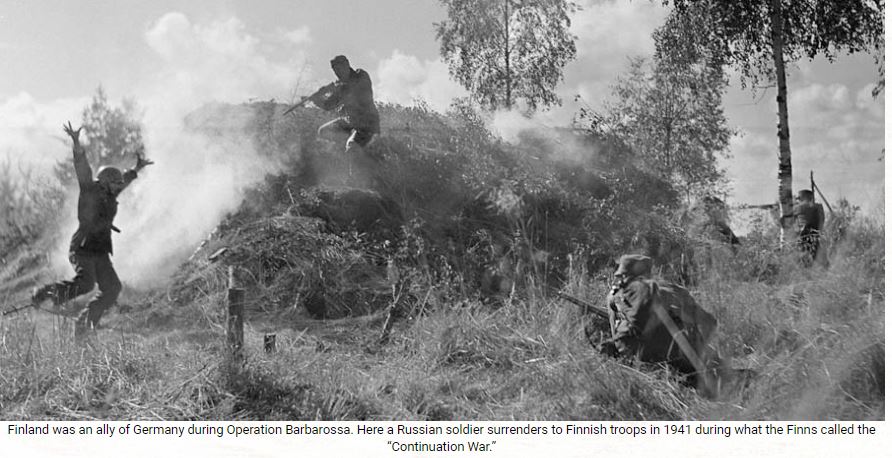 I chanced upon some footage of this battle in the archive linked earlier. Includes this same corner and MG at around 5:10, and probably the darker-dressed gentleman.

Wow that was great. Nice find.