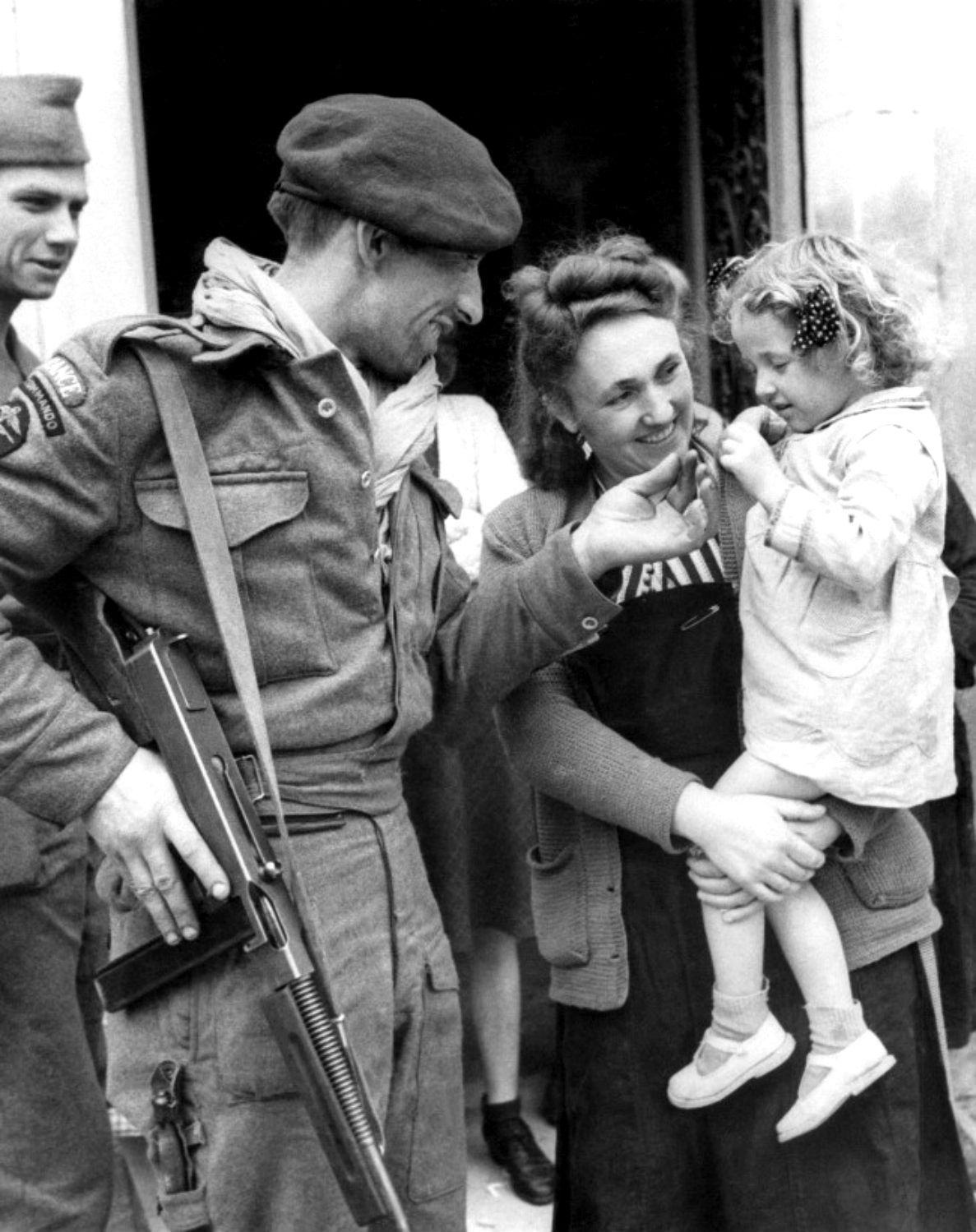 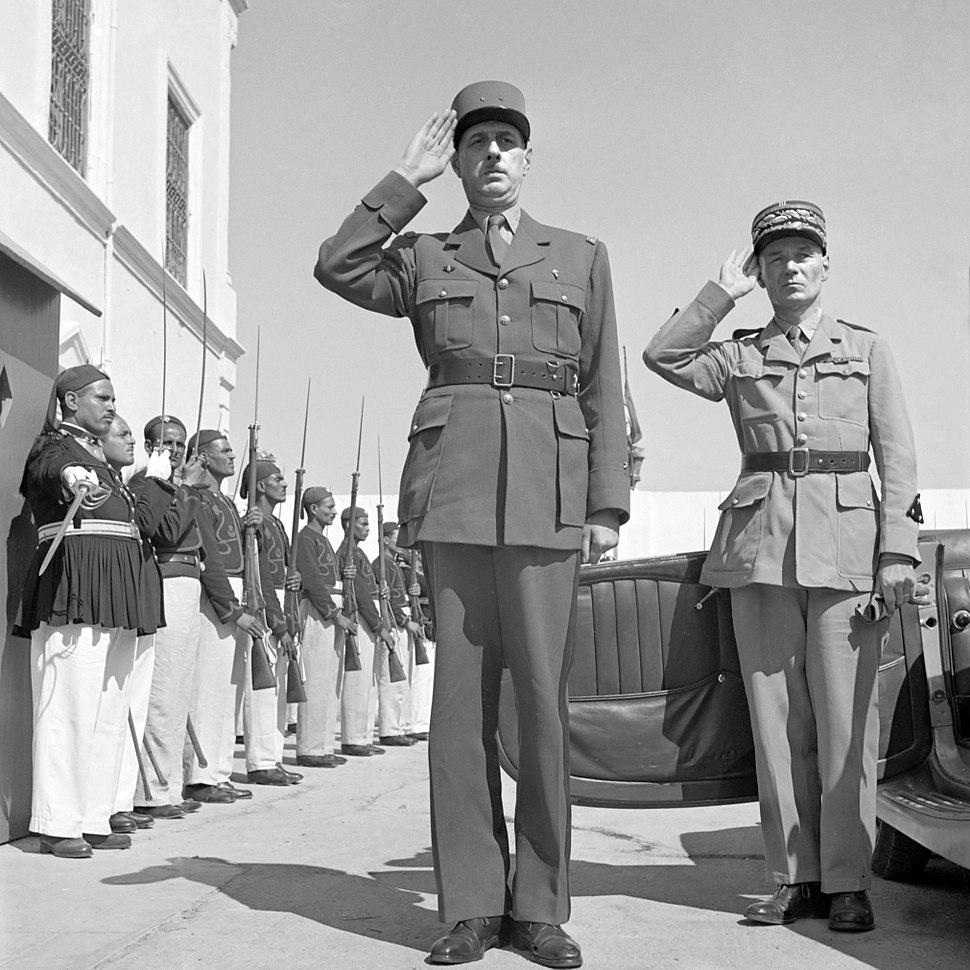 French refugees live in a quarry near Fleury sur Orne, Normandy region, during the bombing in that area. 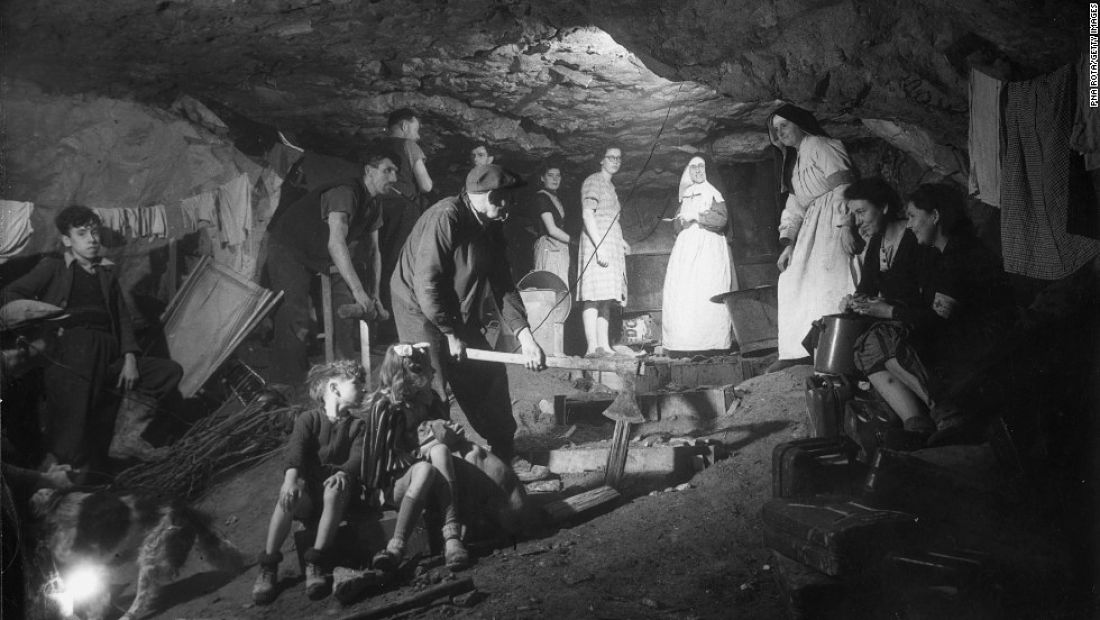 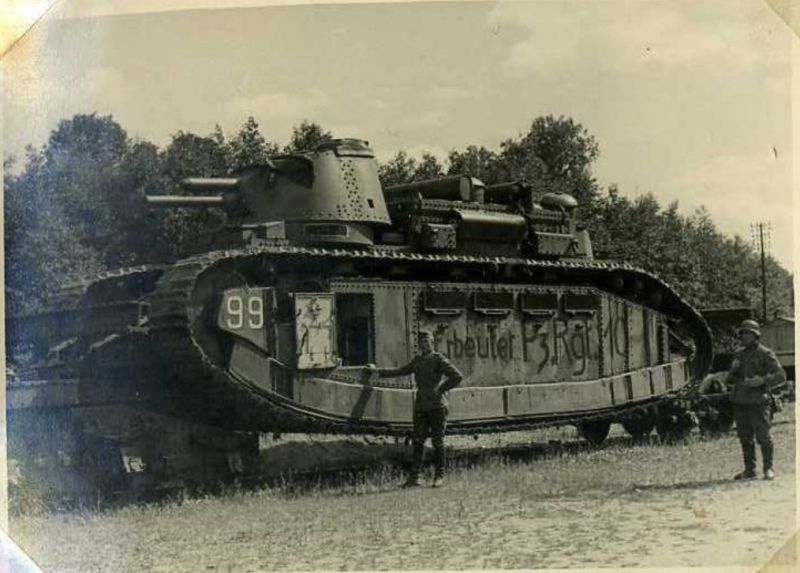 French prisoners at the end of May 1940. 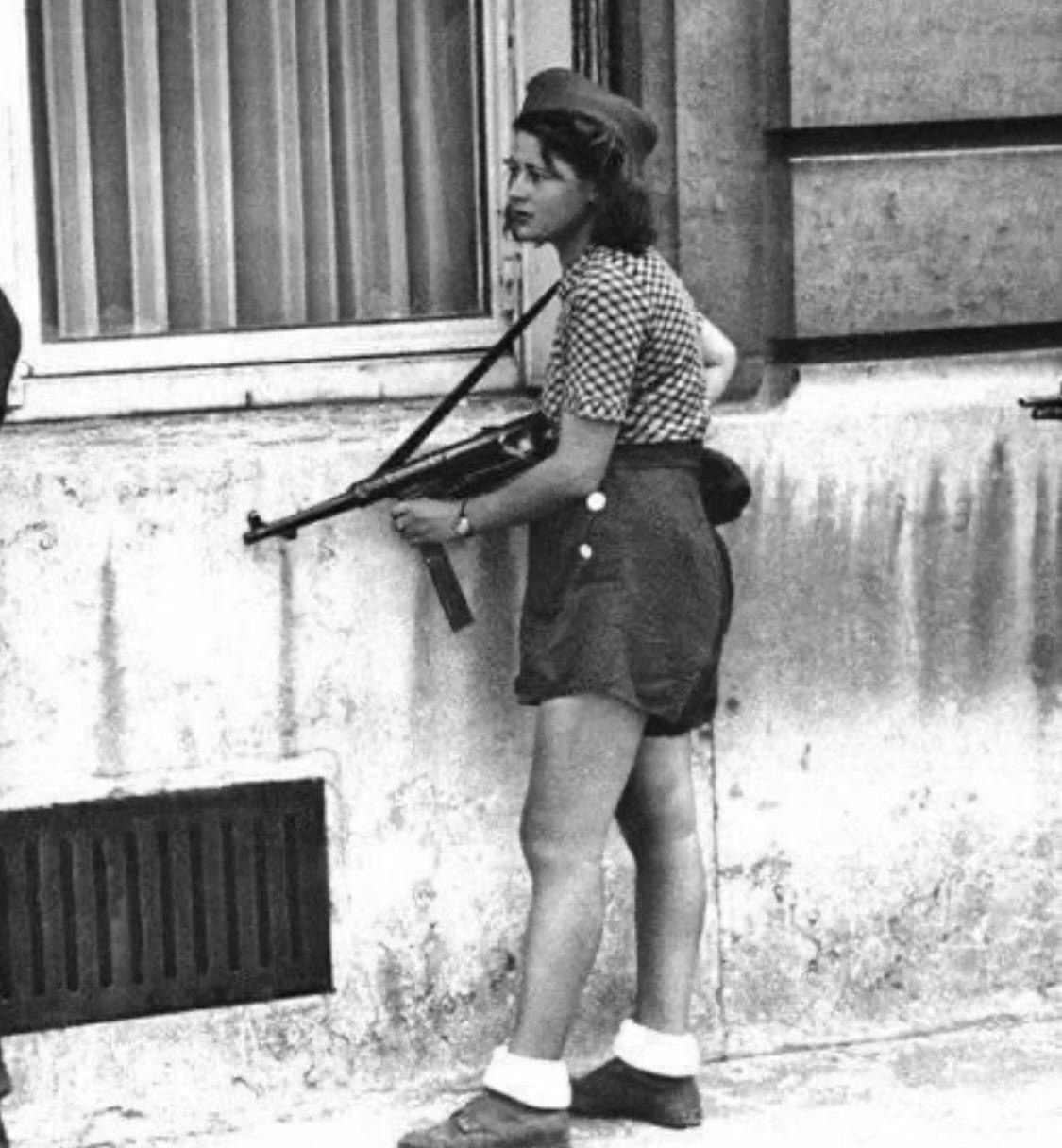 ------
Simone Segouin, known by her codename, Nicole Minet. She was 18 when the Germans invaded. Her first act of rebellion, she stole a bicycle from a German military administration, slicing the tires of all of the other bikes and motorcycles so they couldn't pursue her. She led teams of Resistance fighters to capture German troops, set traps, and sabotage German equipment. Simone helped to create a German-free path to help the Allied forces retake France from the inside. Segouin was present at the Liberation of Chartres on August 23, 1944, and then the liberation of Paris two days later. She was promoted to lieutenant and awarded several medals, including the Croix de Guerre. After the war, she studied medicine and became a pediatric nurse. She is still going strong, and this October (2020) will turn 95. 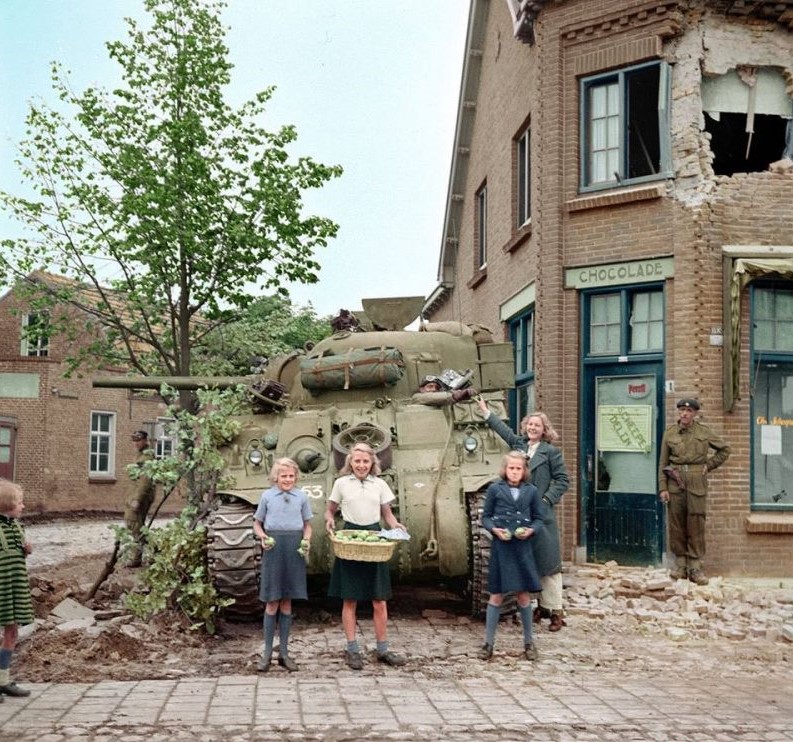 A french WWI veteran stands beside a ruined German anti-aircraft gun while greeting the liberating US troops; Saint-Malo, Aug 1944. 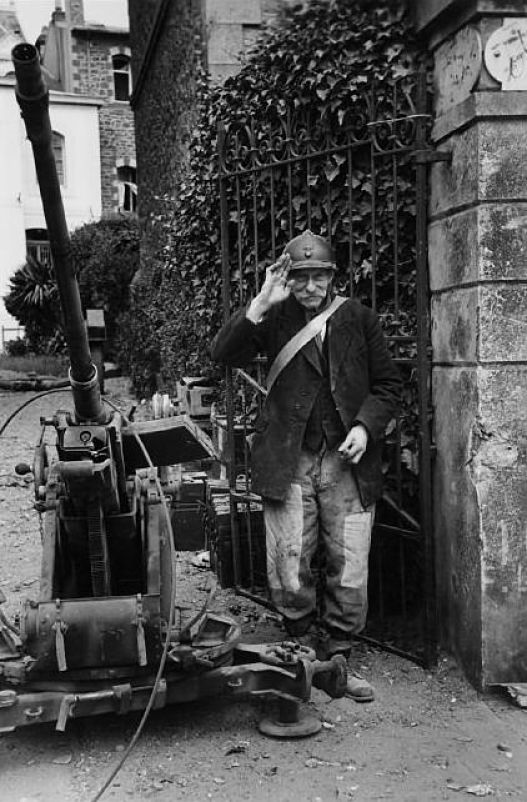 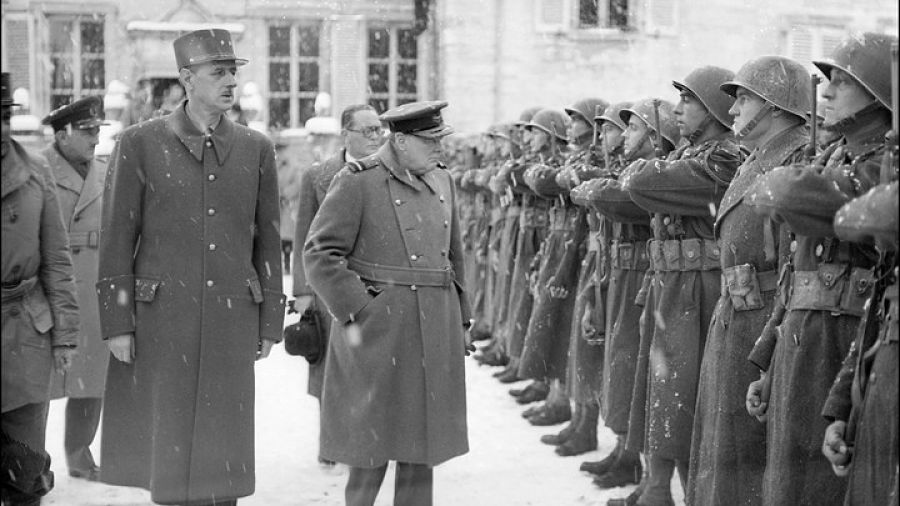 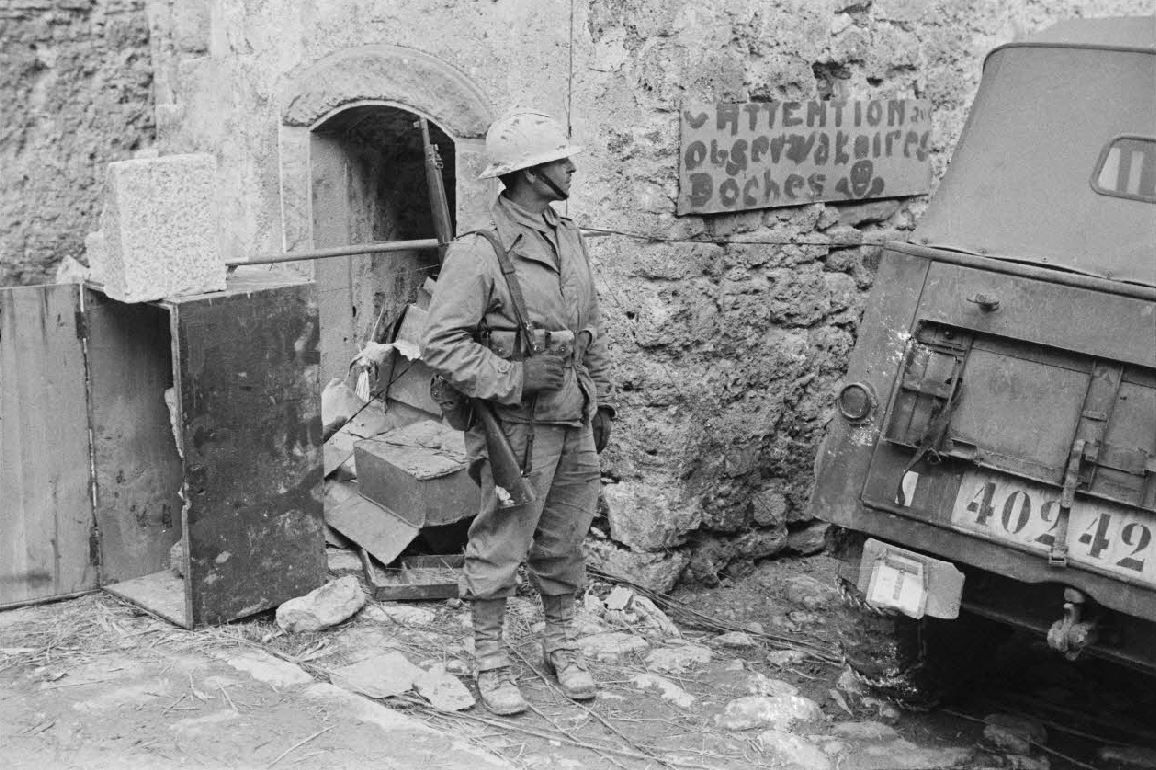 Dutch soldiers carrying white flag, moves toward the German positions on the Noordereiland on May 1940. 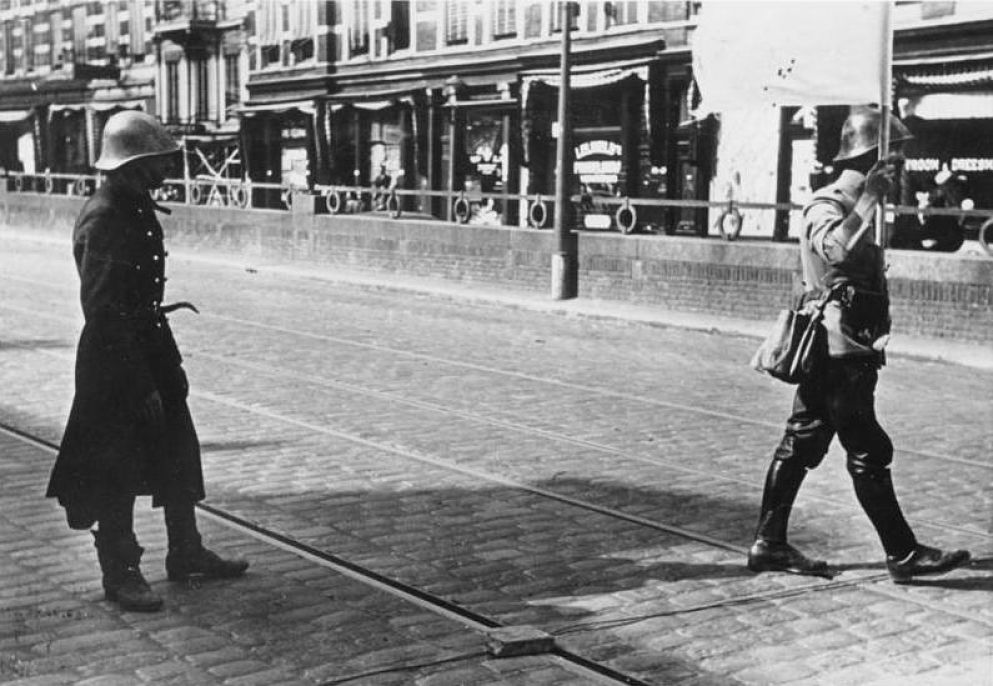 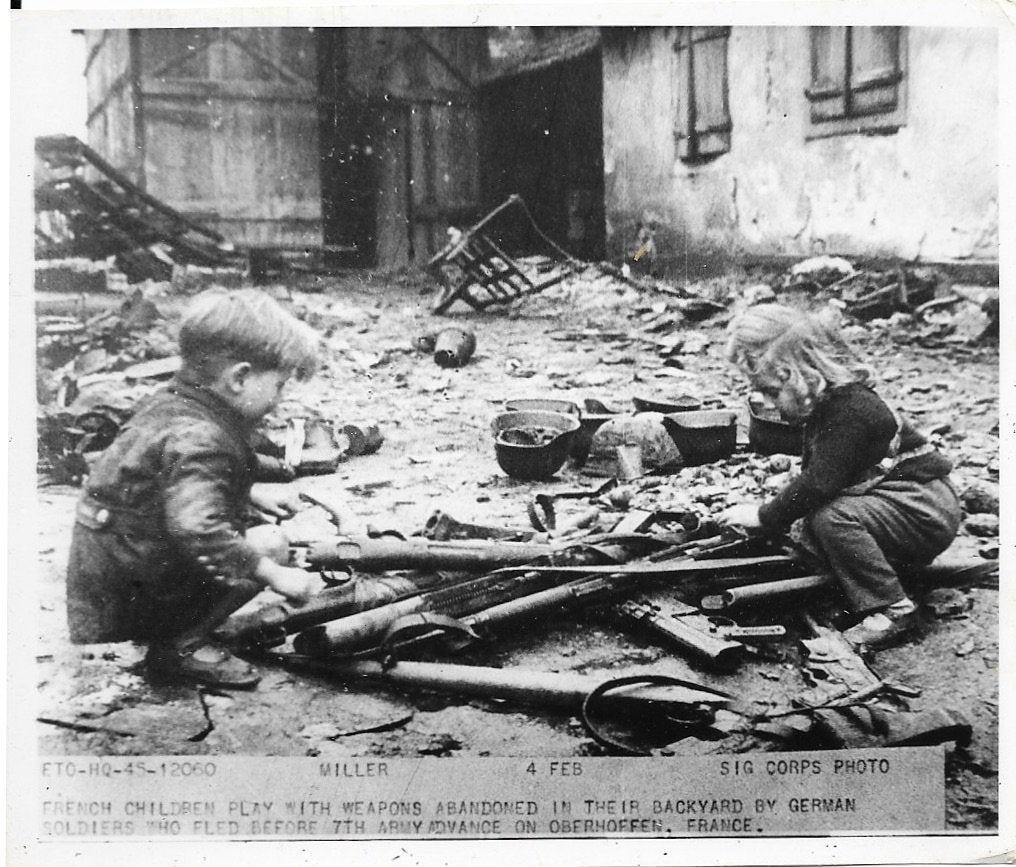 Your date stamp on this totally mystified me (WW1 behemoths surely???) so I has to google it. Only 10 of these Super-Heavy tanks were ever produced 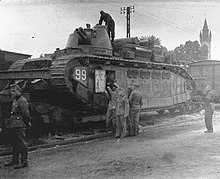 Champagne after capture by German forces in eastern France, June 1940 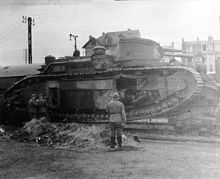 Lorraine in summer 1940
The ten tanks were part of several consecutive units, their organic strength at one time reduced to three. Their military value slowly decreased as more advanced tanks were developed throughout the 1920s and 1930s. By the end of the 1930s they were largely obsolete, because their slow speed and high-profile made them vulnerable to advances in anti-tank guns.

Nevertheless, during the French mobilisation of 1939, all ten were activated and put into their own unit, the 51st Bataillon de Chars de Combat. For propaganda, each tank had been named after one of the ancient regions of France, numbers 90-99 being named Poitou; Provence; Picardie; Alsace; Bretagne; Touraine; Anjou; Normandie; Berry; Champagne respectively. In 1939, the Normandie was renamed Lorraine. As their main value was in propaganda, the giants were kept carefully out of harm's way and did not participate in the September 1939 attack on the Siegfried Line. They were used instead for numerous morale-boosting movies, in which they were often shown climbing and crushing old French forts. To the public, they obtained the reputation of invincible super tanks, the imagined dimensions of which far surpassed the actual particulars.

French command was aware that this reputation was undeserved. When the German Panzerdivisionen, in the execution of Operation Fall Rot, breached the French lines after 10 June 1940, the decision was made to prevent the capture of the famous equipment. On 12 June 1940 the order was given to send the tanks south by rail transport. The broken down tanks N° 92 and 95 were destroyed, at Mairy-Mainville and Piennes respectively. The six remaining tanks hastily embarked on two trains at the station of Landres on 13 June. During the night they hid, still loaded, in the forest of Badonviller. As no orders had been received regarding their destination, they remained at this spot during the 14th, being bombed in the early afternoon but without incurring any damage. In the late afternoon, an order arrived to send the tanks to Neufchâteau which was reached in the early morning of 15 June. There it was decided to travel to Dijon.[10] However, fifteen kilometres south of Neufchâteau near the Meuse-sur-Meuse station,[11] in a curve of the railway, the track was blocked by a blazing fuel train, while other trains jammed the exit to the rear. Due to the curve, it was impossible to unload the tanks. To prevent a capture of the matériel by the enemy, it was ordered to destroy the vehicles. Charges were placed and the fuel pipes cut. The gasoline was lit and the tanks exploded around 19:00. The crews escaped to the south.[10] The wrecks were subsequently discovered by the 8. Panzerdivision. Later Joseph Goebbels and Hermann Goering claimed that the tanks had been destroyed by German dive bombers. This German propaganda myth was accepted as an authentic event by contemporary writers and later repeated in many postwar sources. One tank, the Champagne, was nevertheless captured more or less intact and brought to Berlin to be exhibited as a war trophy until disappearing in 1948. After the war, rumours circulated that this vehicle had been transported to the Soviet Union.[12]
Click to expand...

Dutch soldier having a cigarette with Germans near a destroyed Ju 52, The Netherlands, May 1940. 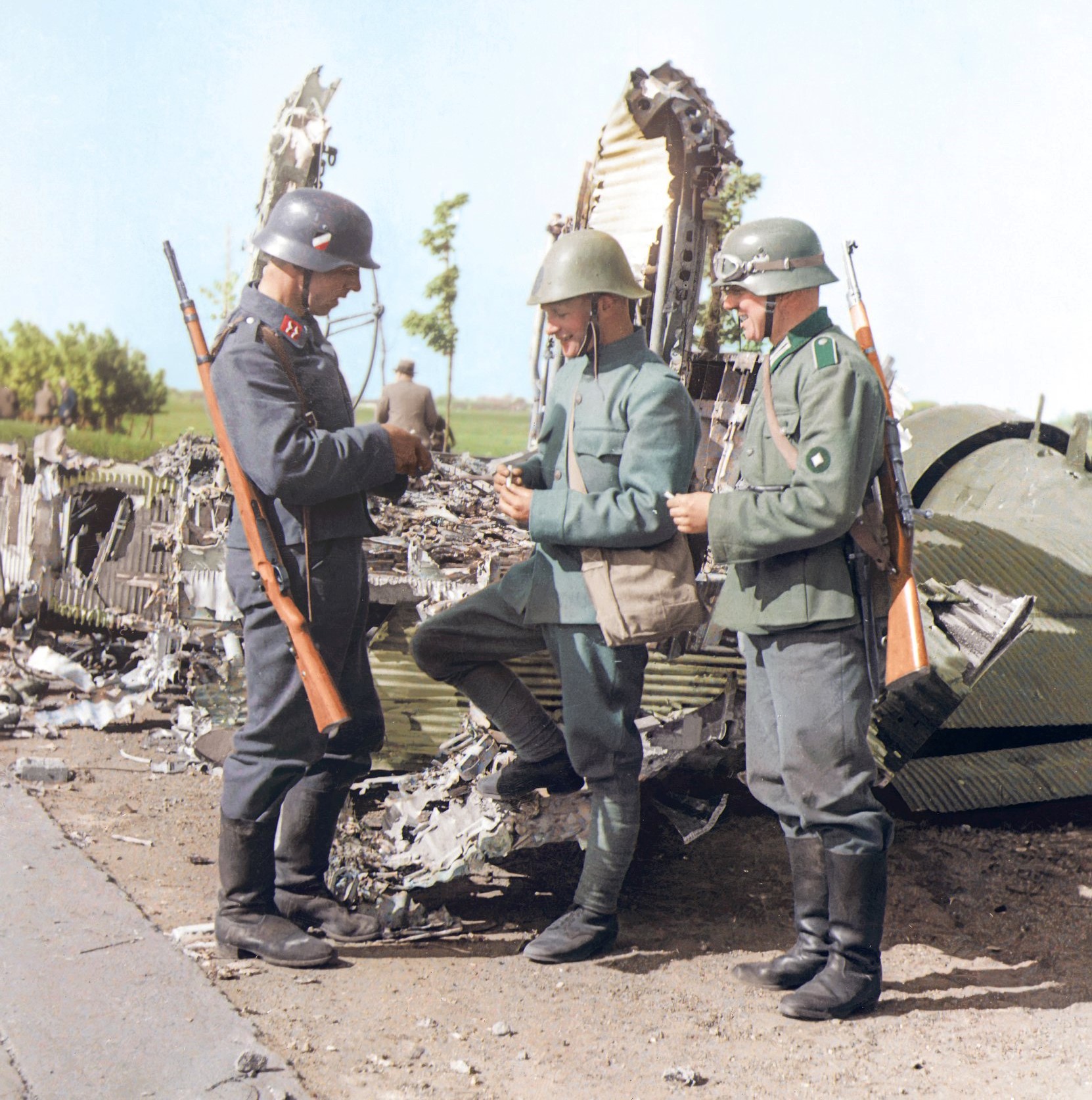