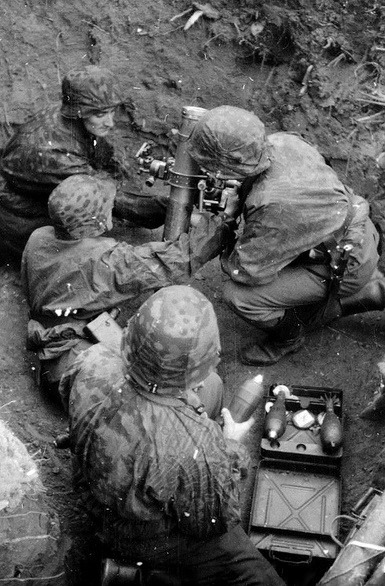 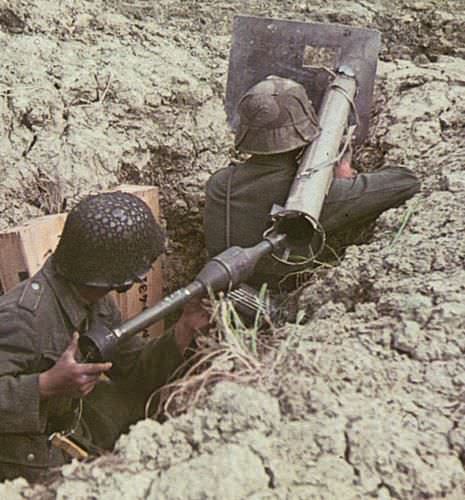 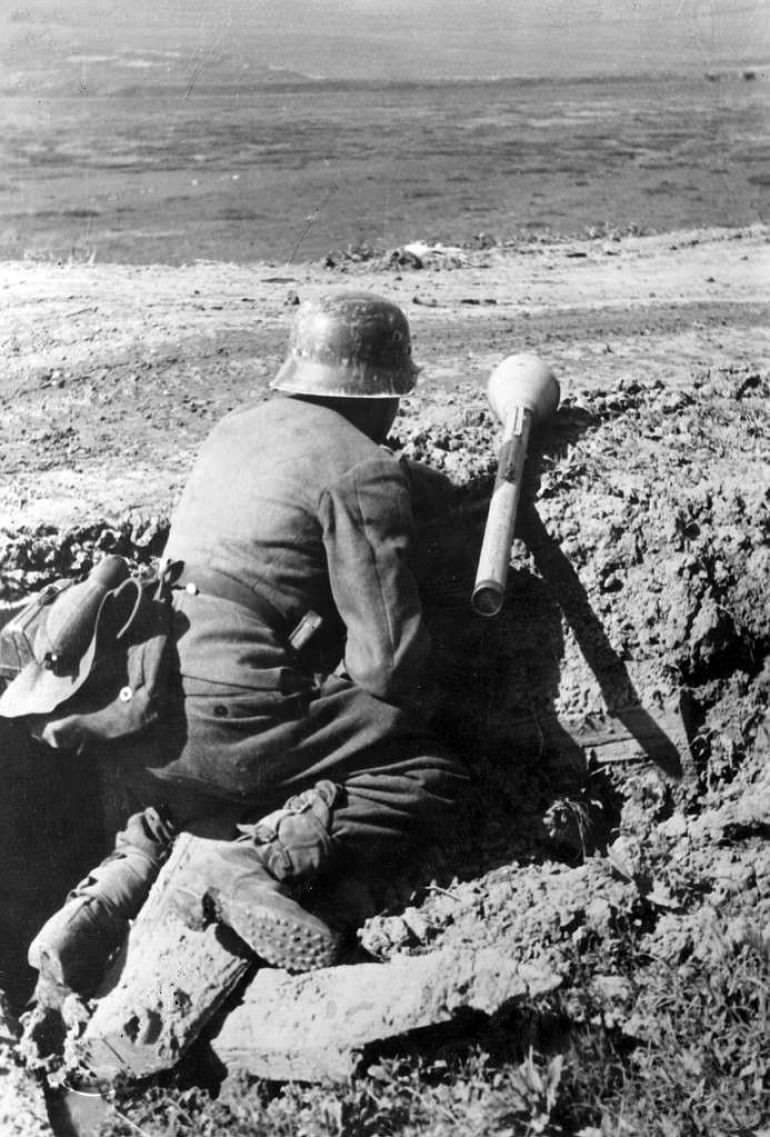 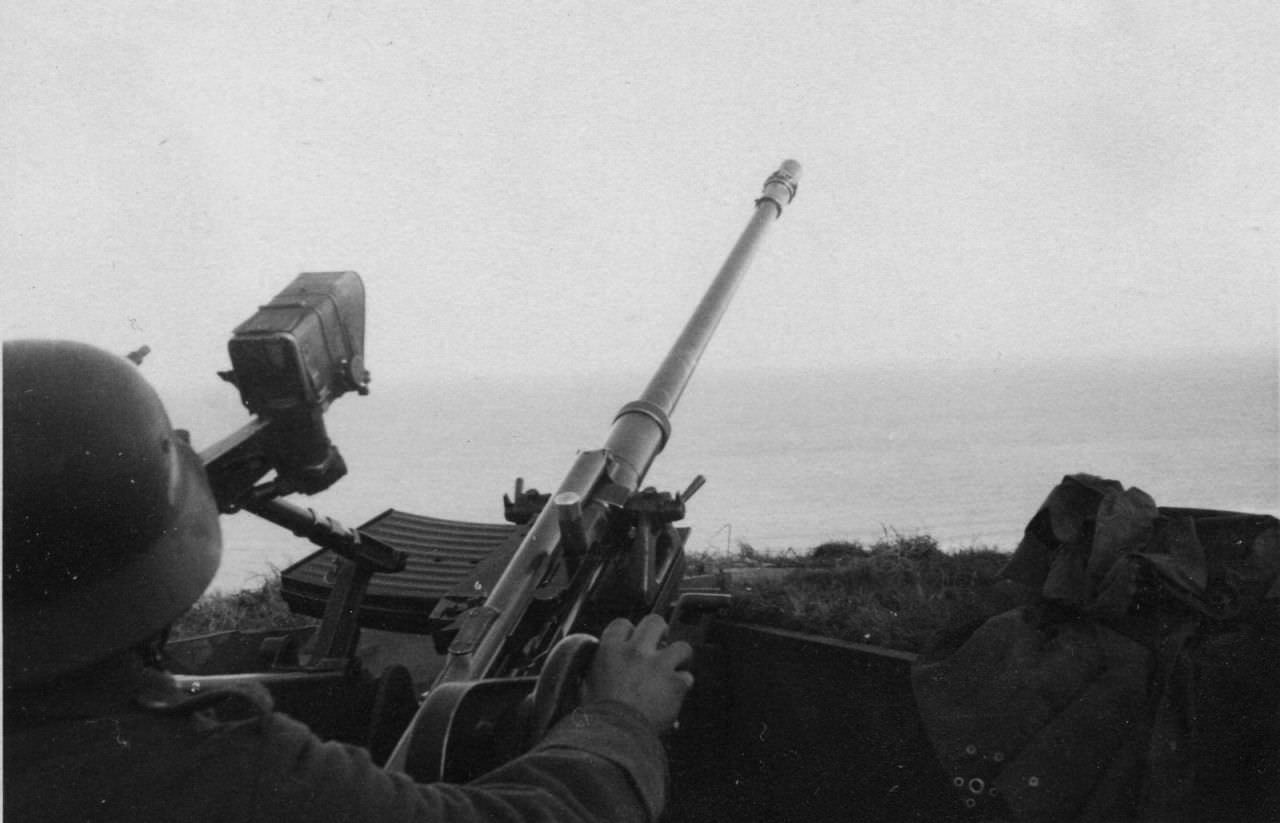 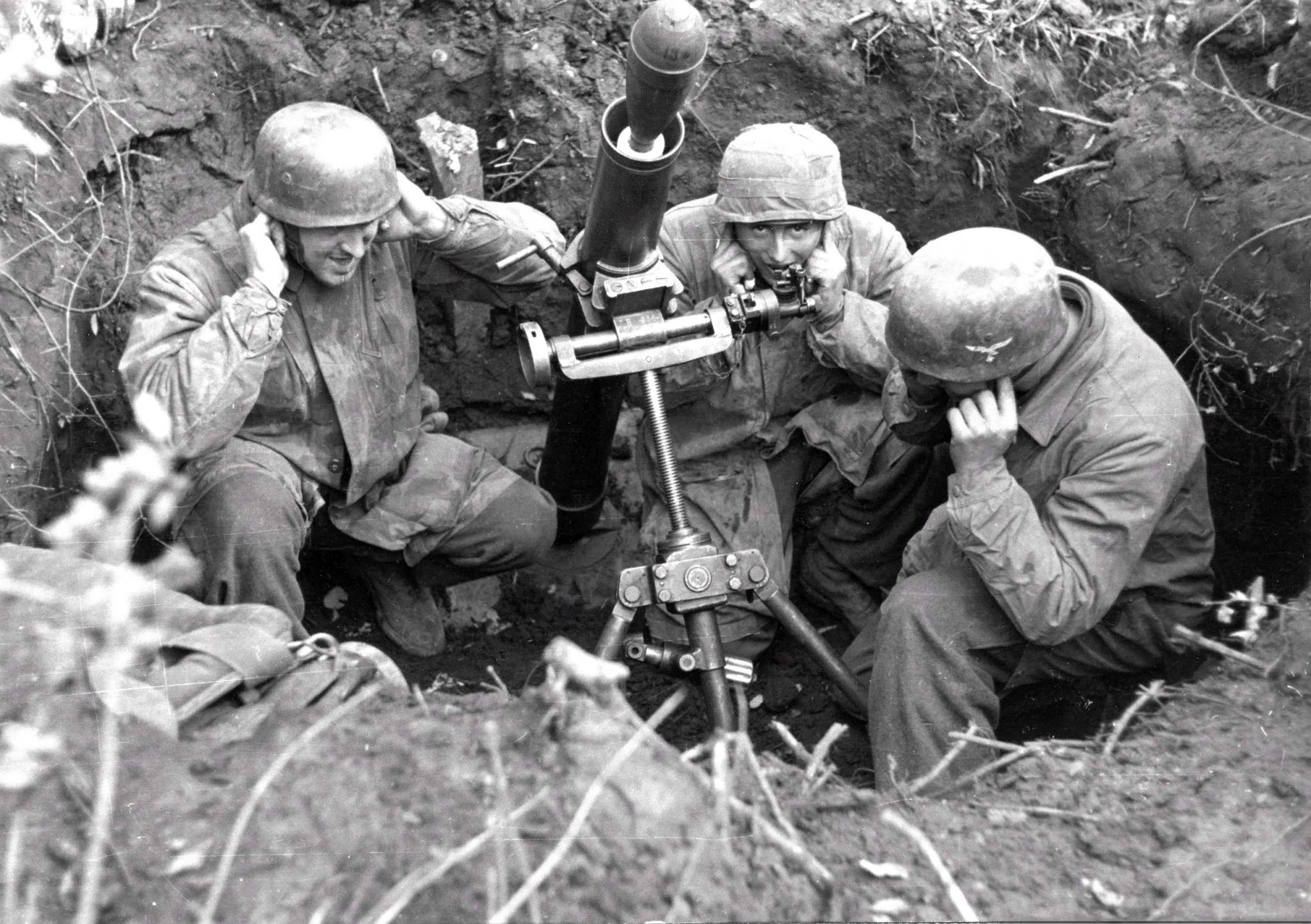 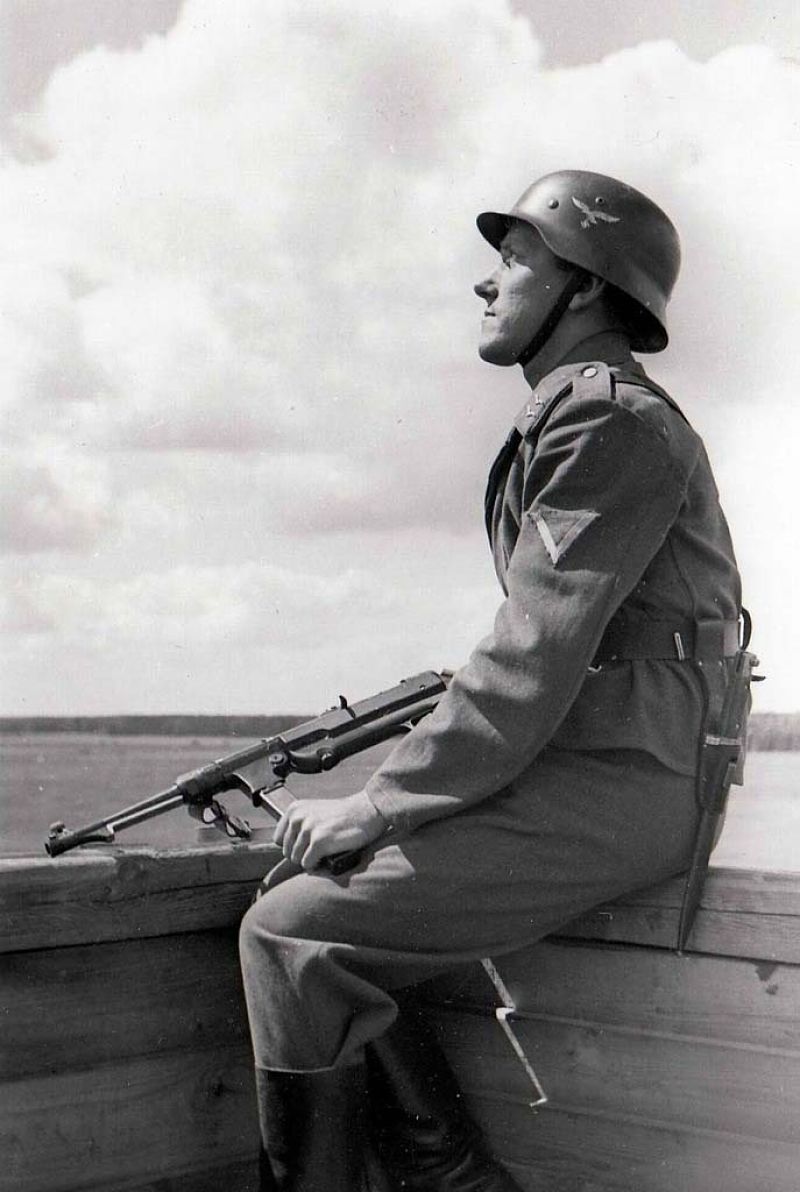 Dutch civilians and soldiers of the US 101st Airbone Div near a abandoned German 88mm gun in Eindhoven, Sept 1944. 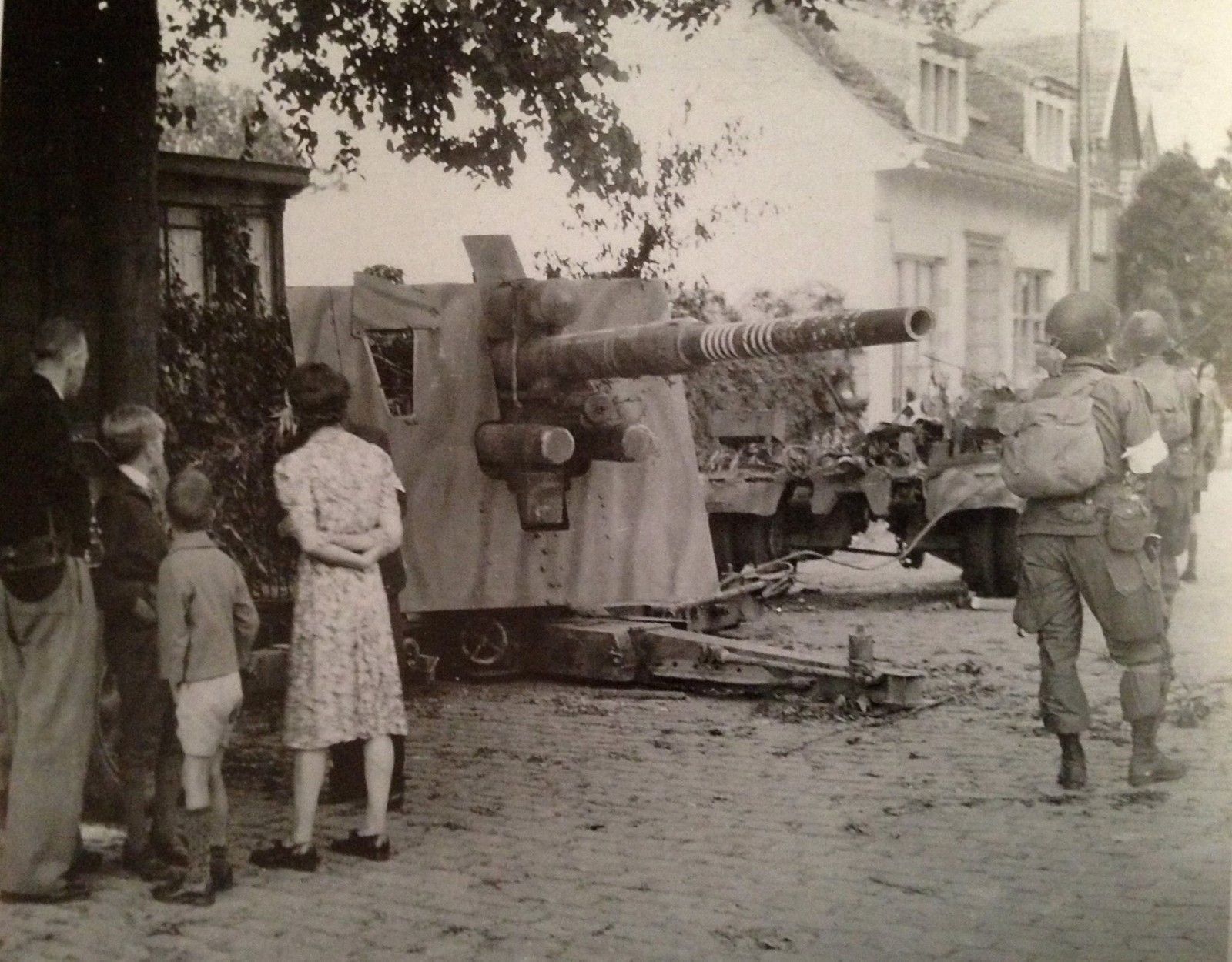 Great pic!
Wouldn't mind having that in my side yard.
Maybe get some respect from my neighbors. 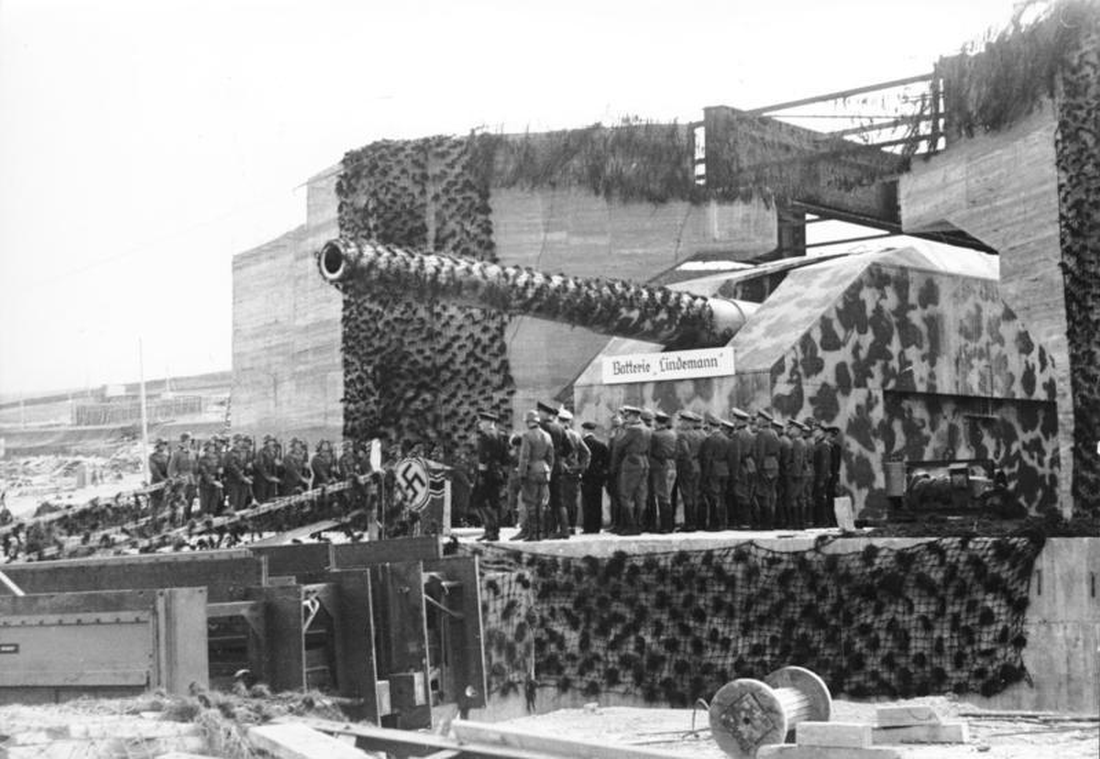 Learn something new every time Louis, thanks!

Named after Ernst Lindemann, captain of the battleship Bismarck who had perished the previous year, this battery was begun at Sangatte, just west of Calais in 1942.

The battery was armed with three 406 mm. “Adolf” guns that had been retrieved from Battery Schleswig Holstein in Poland. The standard shell for these guns weighed 2250 pounds, and could be fired up to 26 miles away. A second round weighed 1300 pounds, and could be launched up to 35 miles. The 65 foot long gun barrel had a life of 250-300 shots. The guns themselves were mounted in separate pillboxes, cast in reinforced concrete up to four meters thick.

These guns regularly shelled south-east England. During the two years they were operational, they sent over 2200 shots across the Channel to England.

Battery Lindemann had the most powerful guns along the Atlantic wall, which made it a popular target for Allied bombing raids, and artillery duels across the English Channel. The Allied bombs had no effect on the large bunkers, but on 4 September 1944, a shell from an English railway gun hit one of the guns. On 21 September 1944 the area was bombed by 4-500 Allied bombers and another of the guns was destroyed. The last gun was put out of action when Canadian soldiers took the battery on 26 September 1944.

In the 1980s, the area was used for backfill during construction of the Channel Tunnel. The three massive gun bunkers were partly buried, but it is still possible to see traces of the battery, as well as craters from many Allied shells and bombs. 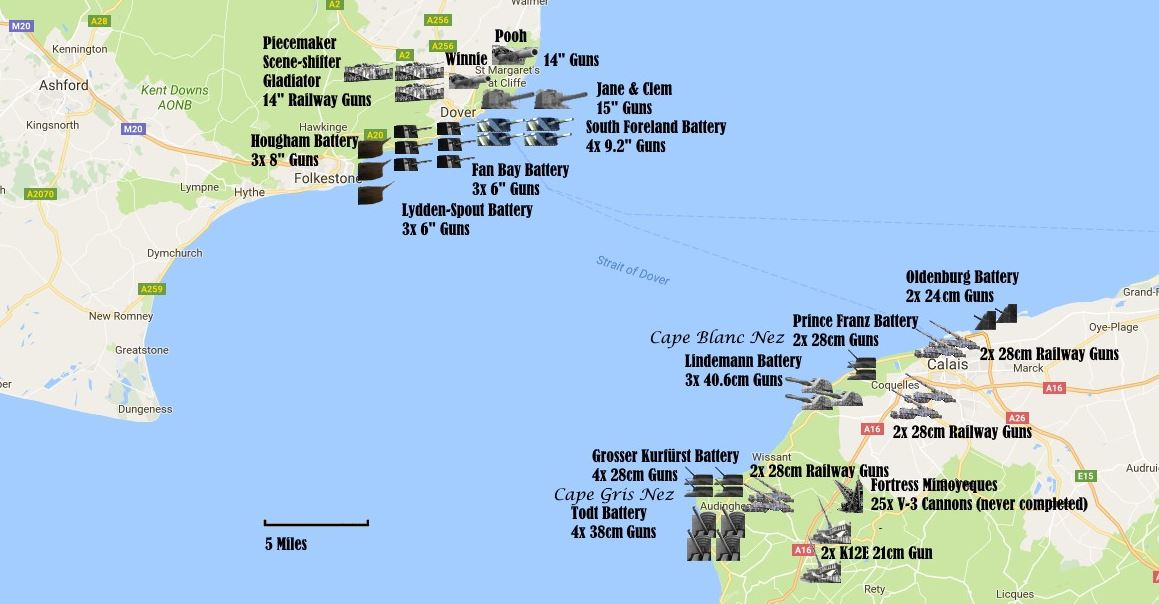 Batterie Lindemann was one of the jewels of the Atlantikwall. It featured in propaganda magazines and films. This is the remains of the command post. The bolts held a large rangefinder in an armoured turret 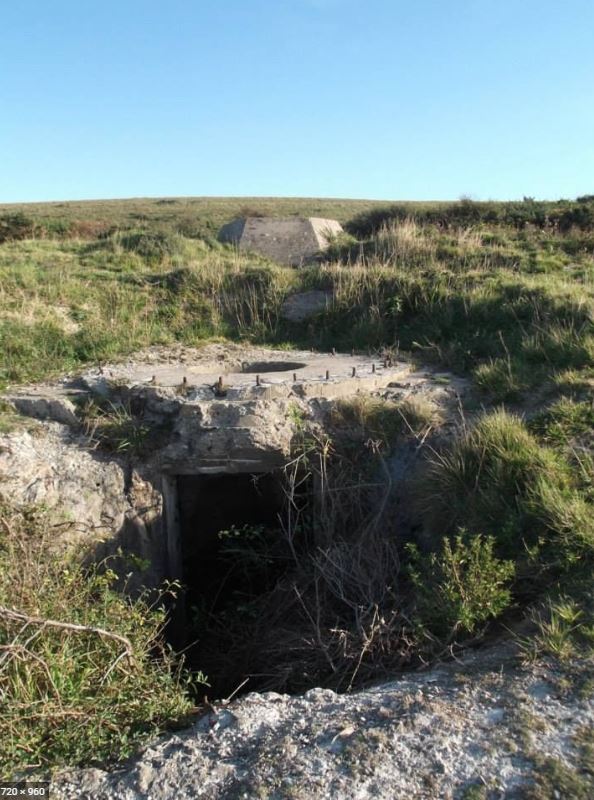 Looks like they had some difficulty getting the shell loaded on the first try.
Had to be very quick to get his hand back before the breech closed.

Training with the Panzerschreck and Sturmgewehr 44

Captured “Panzerschreck” rocket launcher and a rocket for it is showing by Canadian soldier. France, 16 June 1944. 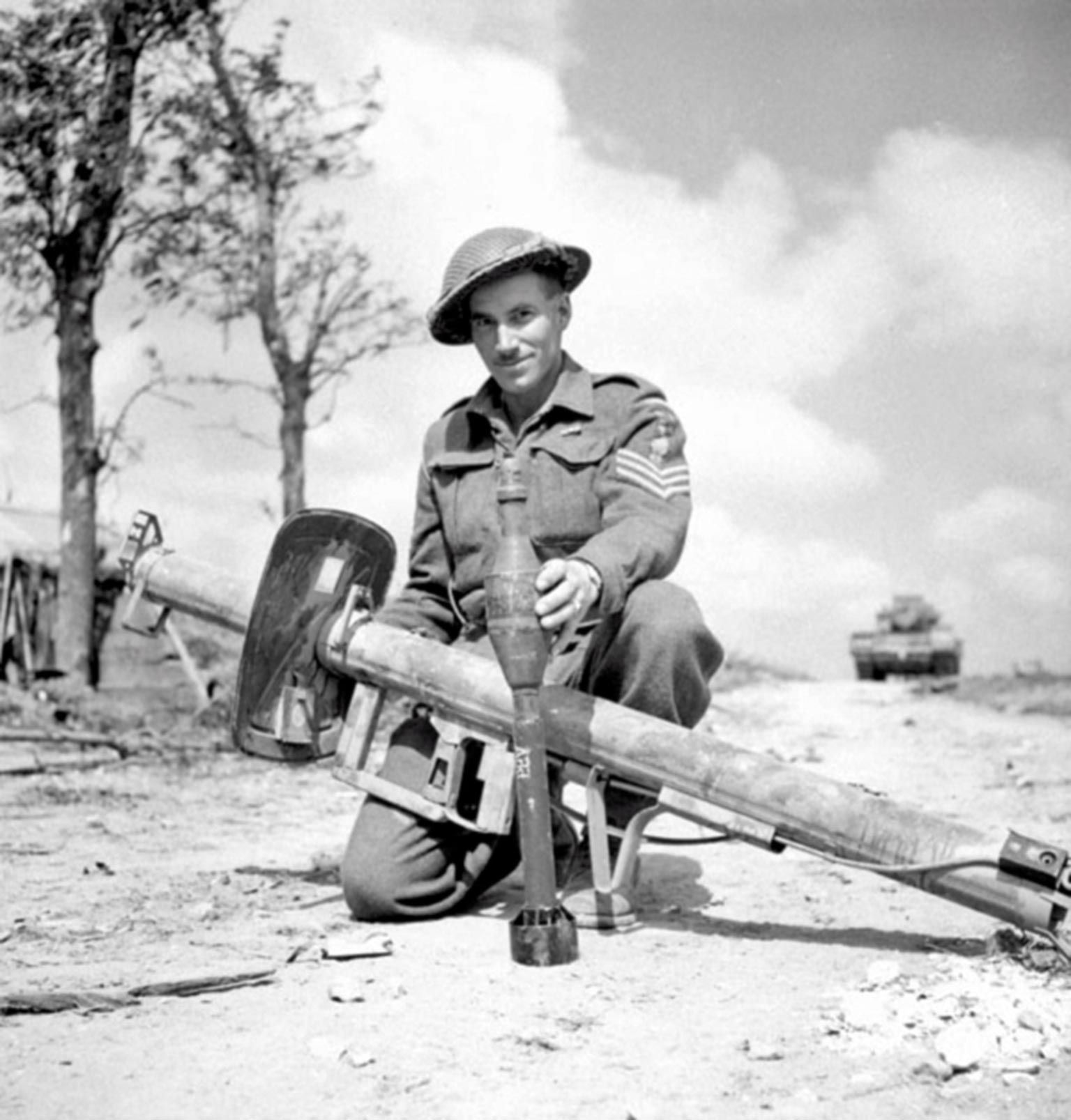 Nice photo of the good old 88mm, with its huge shell. 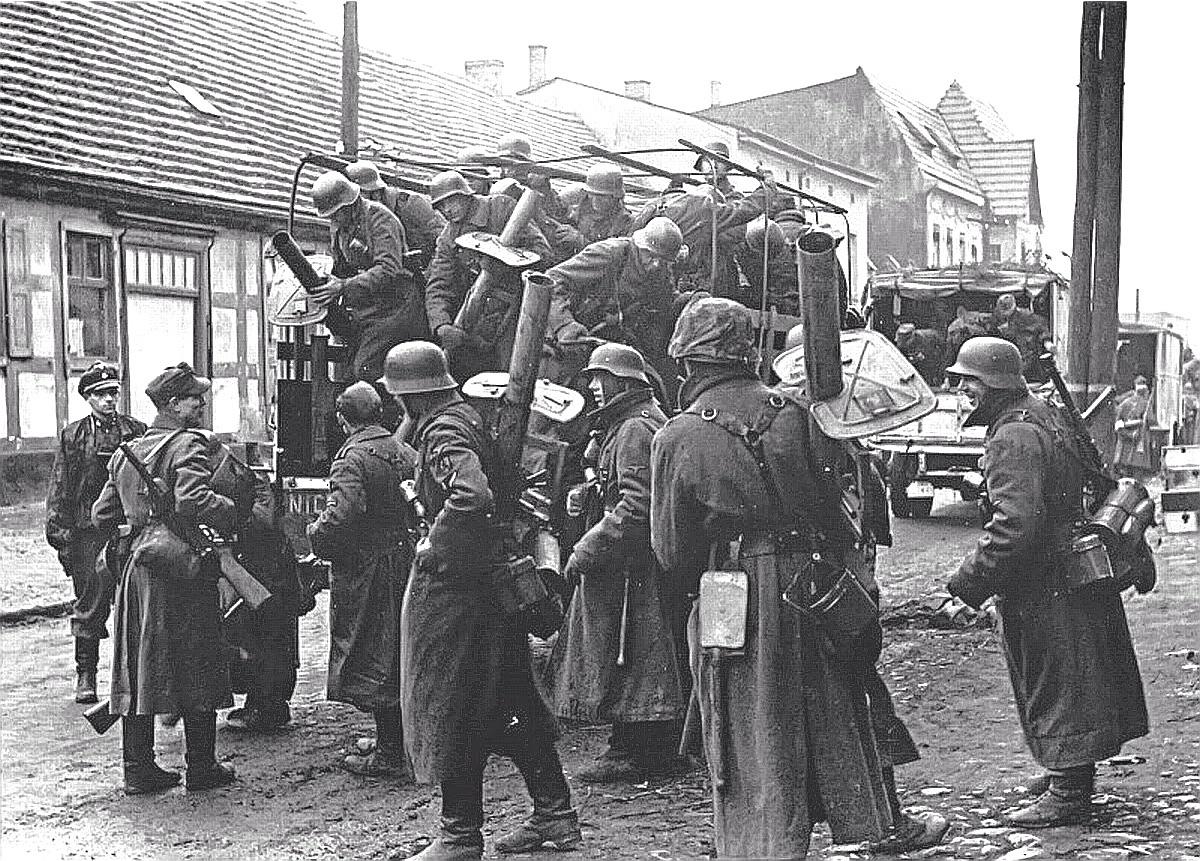