Early in the war? They look pretty well fed.

Yes. The clothes are still in good repair, and there are no swastikas on the helmets yet.

German soldier write "Aus der Traum" on an abandoned US artillery during the Battle of the Bulge, Dec 1944. 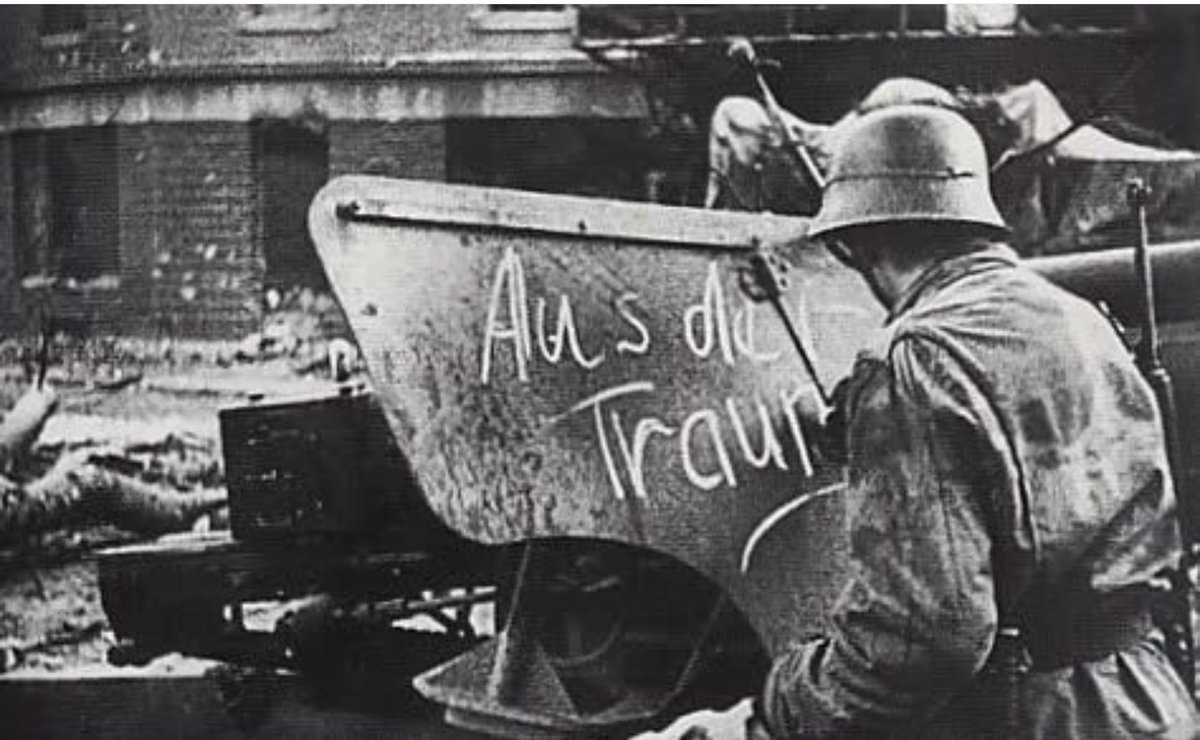 My google translate looks to be doing a poor job, suggesting 'From the dream'? Can anyone do better?

Took a bit of poking around but I found this.
(Louis's posts lead to such interesting places )

The dream is over
Aus der Traum – "It's over!", "It's finished!", literally, "The dream is over"; a common German phrase for dashed hopes and a slogan painted by German soldiers near the end of the war expressing the inevitability of their situation.

Ahh, that makes sense. Thanks mate!

wow, I didn't know there was such a thing. 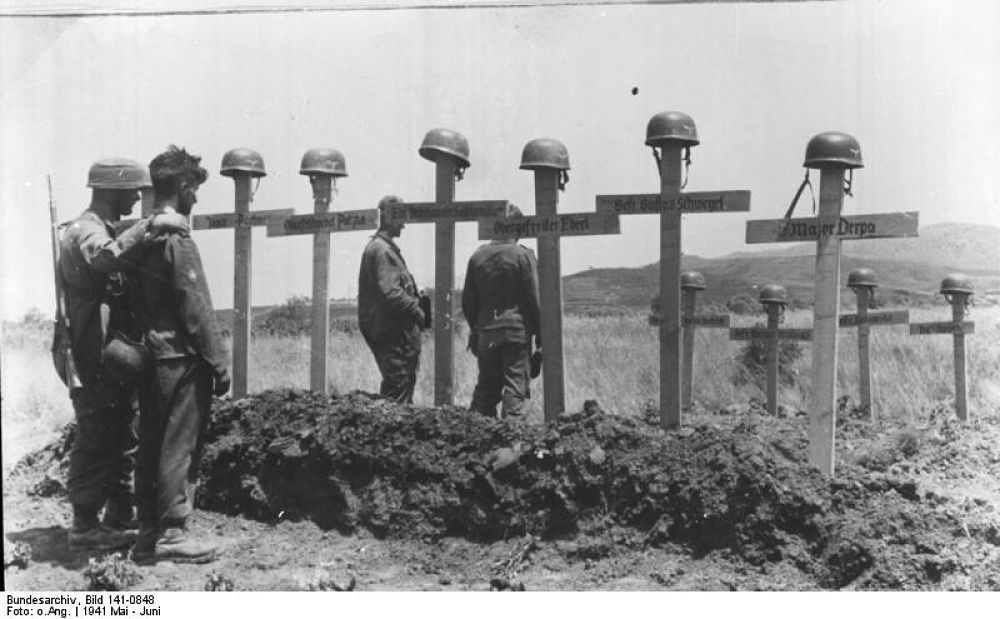 There were a lot of those. 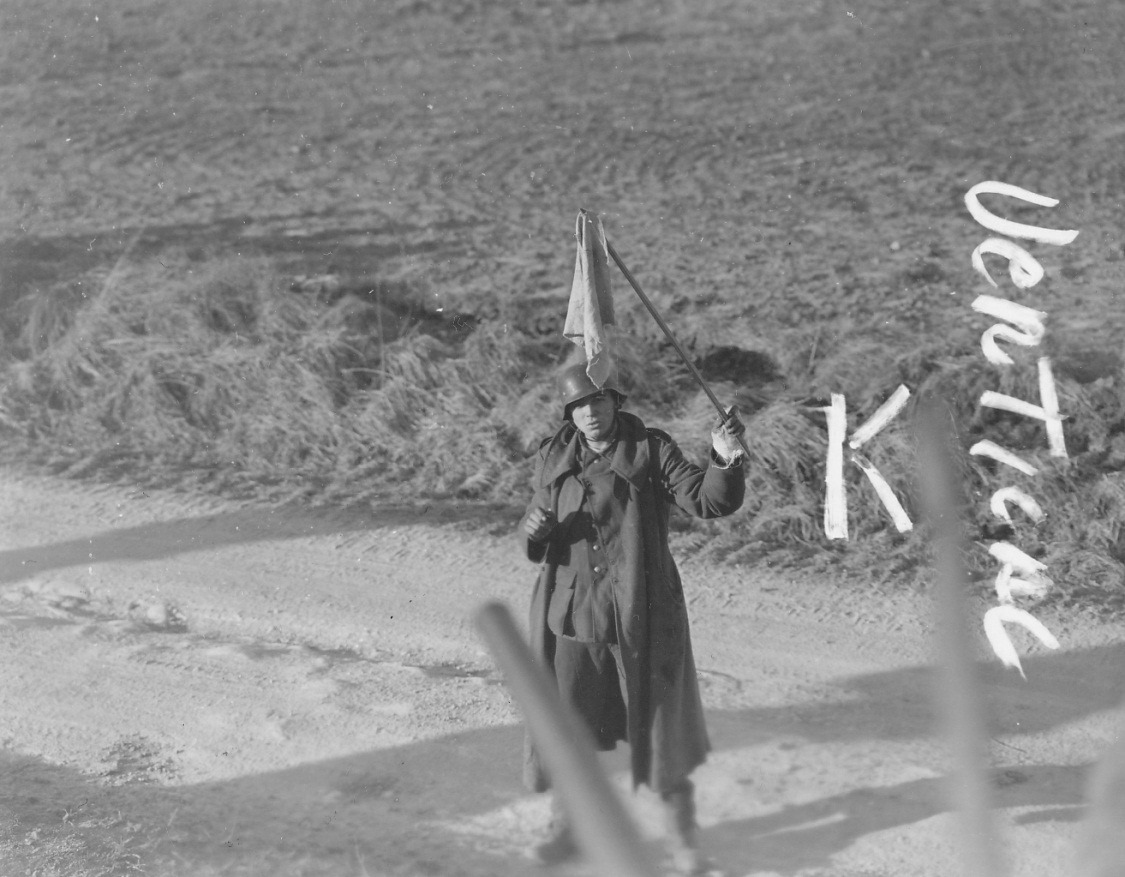 I wonder why he's still wearing the helmet.
I guess you get used to having a couple of few pounds of steel on your head.

When I was in the Air Force we just wore hats.
Mostly to show what squadron or group you belonged to.
We supported the pilots and their aircraft and their the ones who wore helmets and went off to fight.
- The Air Force is the only service that sends it's officers out to fight.

That was back when we prepared to defend against a Soviet attack.
Of course things may be very different today.

Rommel and officers in France, May 1940. 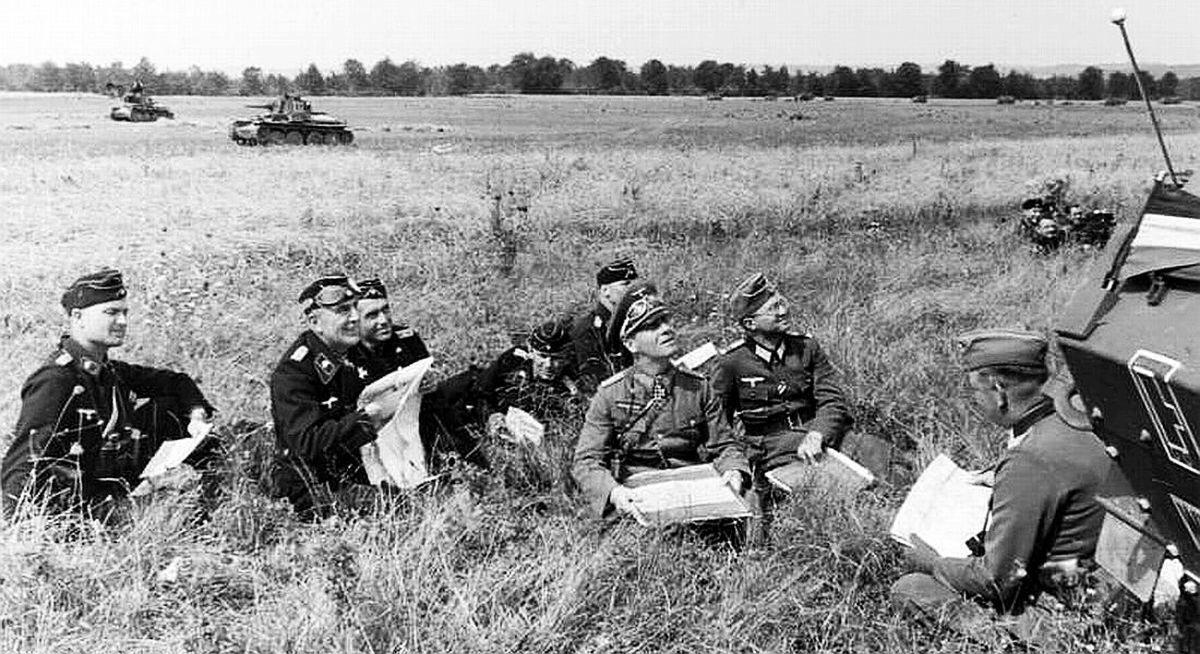 Resting in the foxhole. 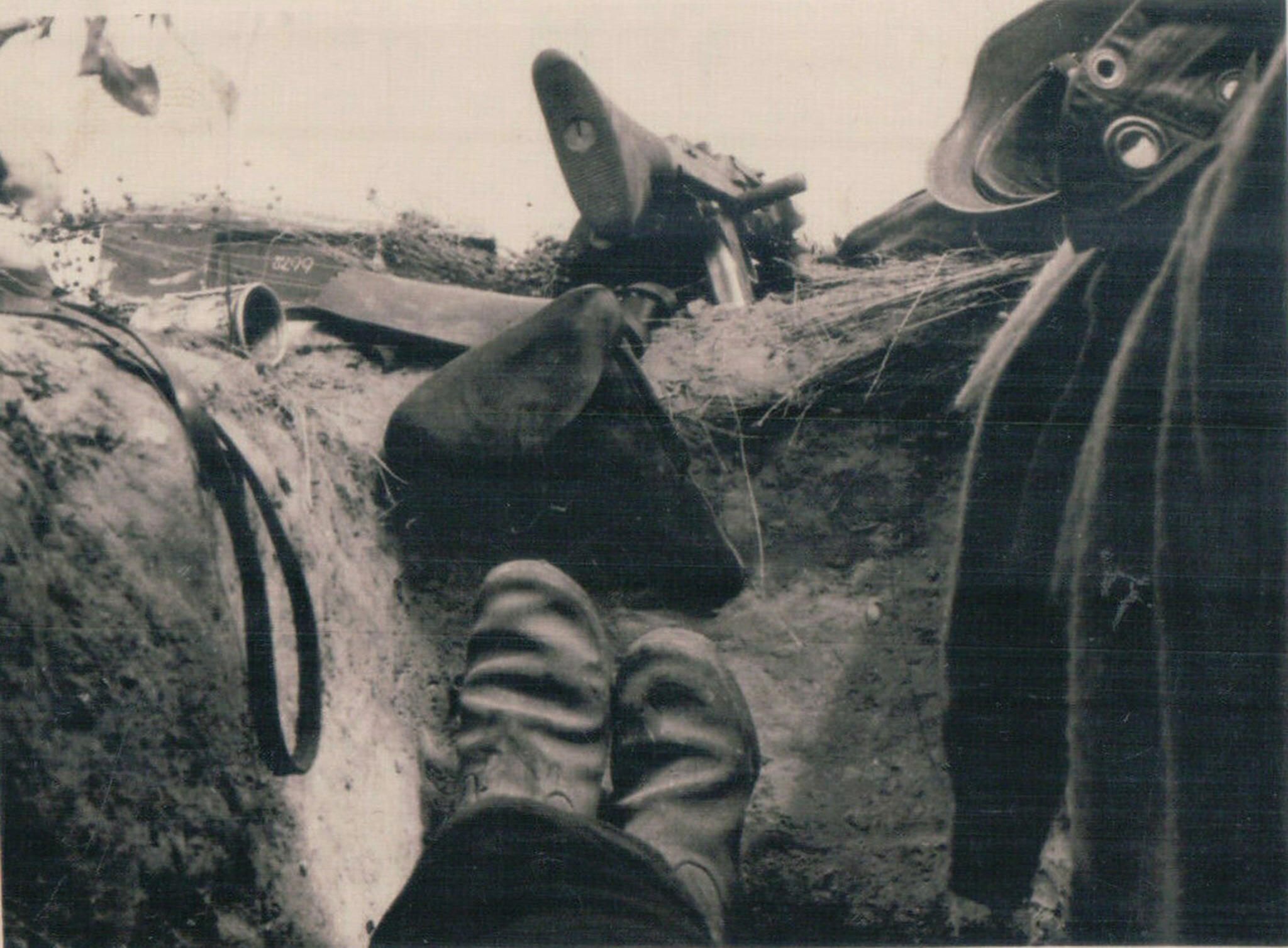 Wounded German Prisoners of War being brought in at Saint-Lambert-sur-Dive during the fighting in the Falaise Pocket, August 1944. Image by Life Magazine Photographer, George Rodger.

German medic carried his supplies in the two U.S. field glass cases hung on his belt when captured by the 1st Army at Butgenbach, Belgium, Battle of the Bulge 1944/45.