Germany laid down its first carrier in Dec 1936, and launched the Graf Zeppelin two years later. It would never enter service. She fell and sunk by the Soviets at the end of the war. 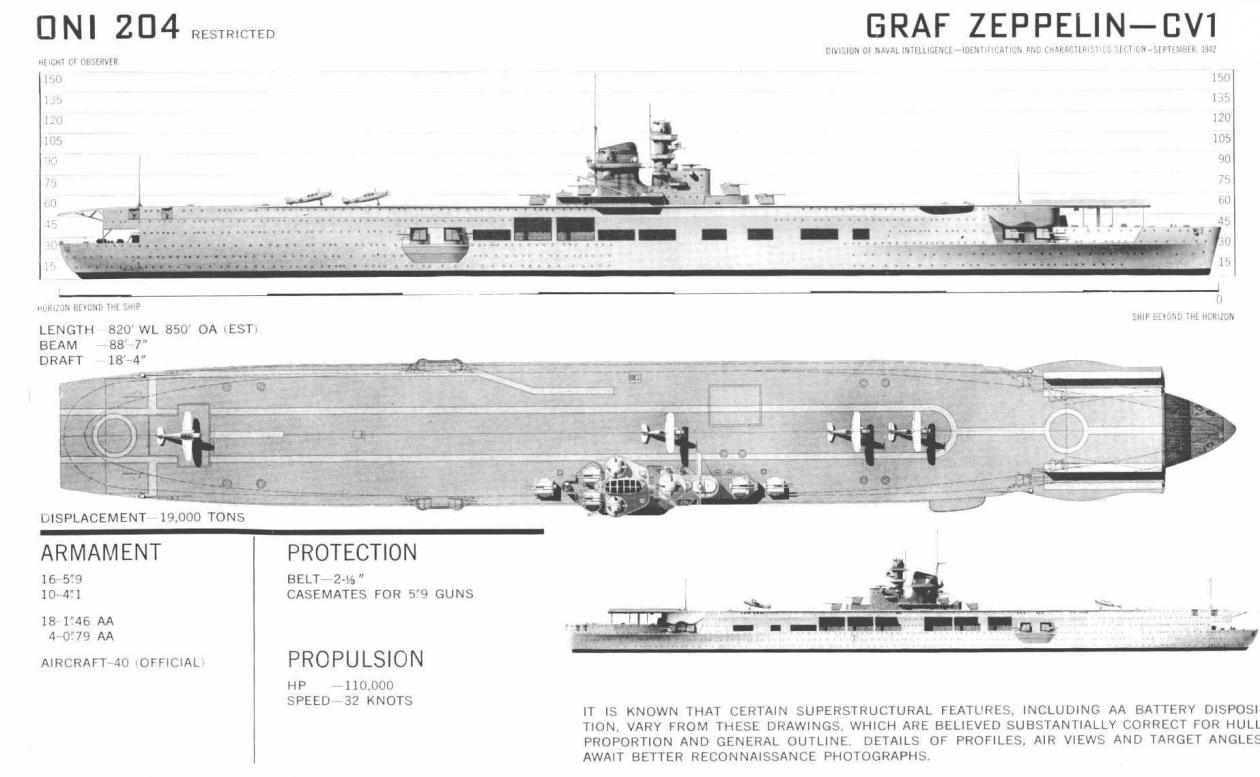 On 12 July 2006, the research vessel RV St. Barbara, a ship belonging to the Polish oil company Petrobaltic, found a 265-meter-long (869 ft) wreck 55 km (34 mi) north of Władysławowo, which they thought was most likely Graf Zeppelin.

The wreck rests at a depth of more than 80 m (260 ft) below the surface. The Polish Navy began a survey of the wreckage to confirm its identity. Using remote-controlled underwater robots, they concluded that they were "99% certain" it was Graf Zeppelin. 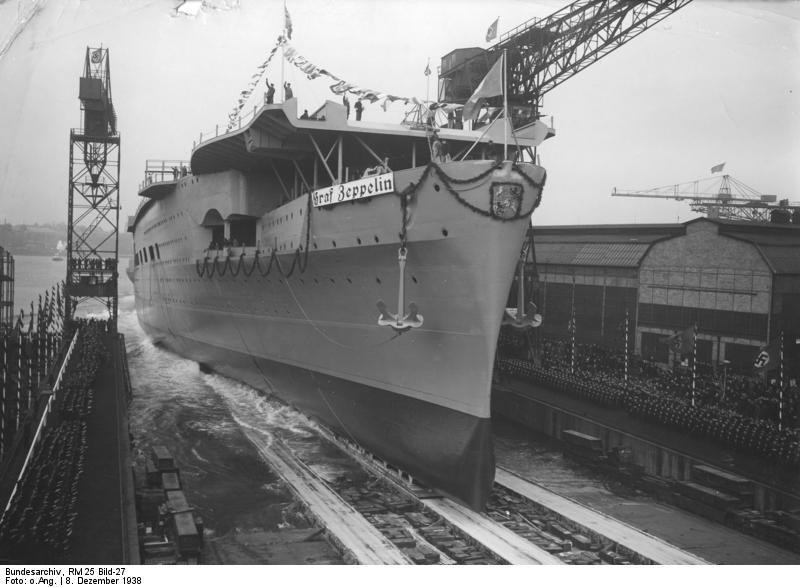 Interesting Louis.
I didn't know about this one.

Meanwhile, the German conquest of Norway in April 1940 eroded any chance of completing Graf Zeppelin. Now responsible for defending Norway's long coastline and numerous port facilities, the Kriegsmarine urgently needed large numbers of coastal guns and anti-aircraft batteries. During a naval conference with Hitler on 28 April 1940, Admiral Erich Raeder proposed halting all work on Graf Zeppelin, arguing that even if she was commissioned by the end of 1940, final installation of her guns would need another ten months or more (her original fire-control system had been sold to the Soviet Union under an earlier trade agreement). Hitler consented to the stop work order, allowing Raeder to have Graf Zeppelin's 15 cm guns removed and transferred to Norway. The carrier's heavy flak armament of twelve 10.5 cm guns had already been diverted elsewhere.

In July 1940, Graf Zeppelin was towed from Kiel to Gotenhafen (Gdynia) and remained there for nearly a year. While there, she was used as a storage depot for Germany's hardwood supply. Just before Germany invaded the Soviet Union in June 1941, the carrier was again moved, this time to Stettin, to safeguard her from Soviet air attacks. By November, the German army had pushed deep enough into Russian territory to remove any further threat of air attack and Graf Zeppelin was returned to Gotenhafen. There, she was used as a store ship for timber. 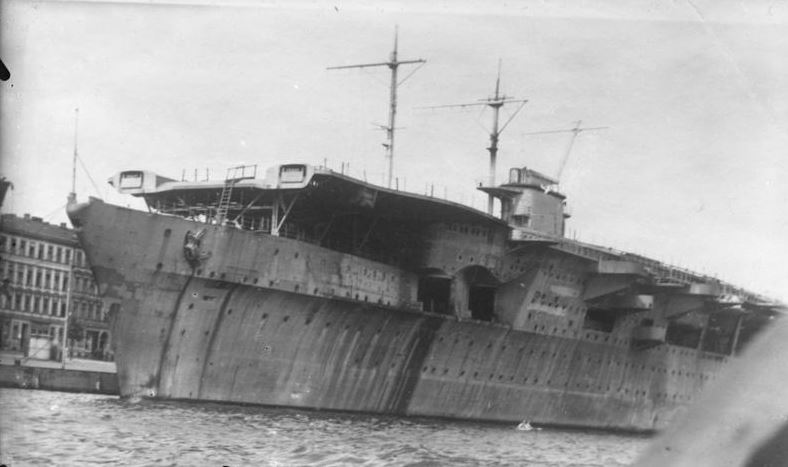