Deployed with german infantry companies, the “Granatenwerfer 16” was a trench weapon which could throw a grenade up a distance of 460 meters. It was portable, weighing slightly more than 38 kilos, and extremely effective against trench positions, sentry posts, machine guns and other infantry targets.

The grenade-thrower was first employed by Austro-Hungarian troops and was called the “Priesterwefer,” as it was designed by a Hungarian priest named Vecer. Seeking new weapons effective for trench warfare, the Germans began producing the grenade-thrower near the end of 1915 under license at Stock & Co in Berlin-Marienfelde.

The Granatenwerfer 16 consisted of three basic parts; the baseplate, the launcher (or grenade-thrower), and the traversing arc.

The weapon was fired by using a lanyard connected to the trigger mechanism. The baseplate was circular with the front being flanged. There was a handle attached to the front along the flange to be used in carrying the plate. When the weapon was being prepared for action the flanged edge was placed firmly in the ground. On the baseplate there were two range tables, one for high angle fire and the other for flat trajectory fire.

The launcher or grenade-thrower consisted of the spigot, a clamping arrangement and a plate with a clinometer (mechanism used for setting elevation) and a V-shaped back sight. The limits of elevation were +85 degrees to +14 degrees. The traversing arc rotated on the baseplate and was secured to it by a vertical clamp screw with handle. The limits of traverse were 80 degrees to the right and 80 degrees to the left.

The Granatenwerfer 16 fired a basic high-explosive grenade with a segmented head allowing for easy fragmentation. The grenade covered a large area with individual fragments.

A later version used a cover over the head of the grenade filled with a small powder charge. When the grenade impacted, the small powder charge would ignite, propelling the grenade 3-4 feet into the air. The grenade would then explode as a small air burst, increasing its deadly effect. There also was a grenade version that could deliver messages or leaflets upon exploding.

French soldiers nicknamed incoming bombs from the Granatenwerfer “pigeons” because of the unique warbling sound made by the grenade on descent.

I did not know that! Was it ever used in WWII? Or just replaced with light mortars?

As WW2 started the Wehrmacht already used Granatwerfer 36 with over 30.000 built, if I remember right. Granatenwerfer 16 was seen as too expensive and one changed from Spigot to pipe/tube (???) mortars. 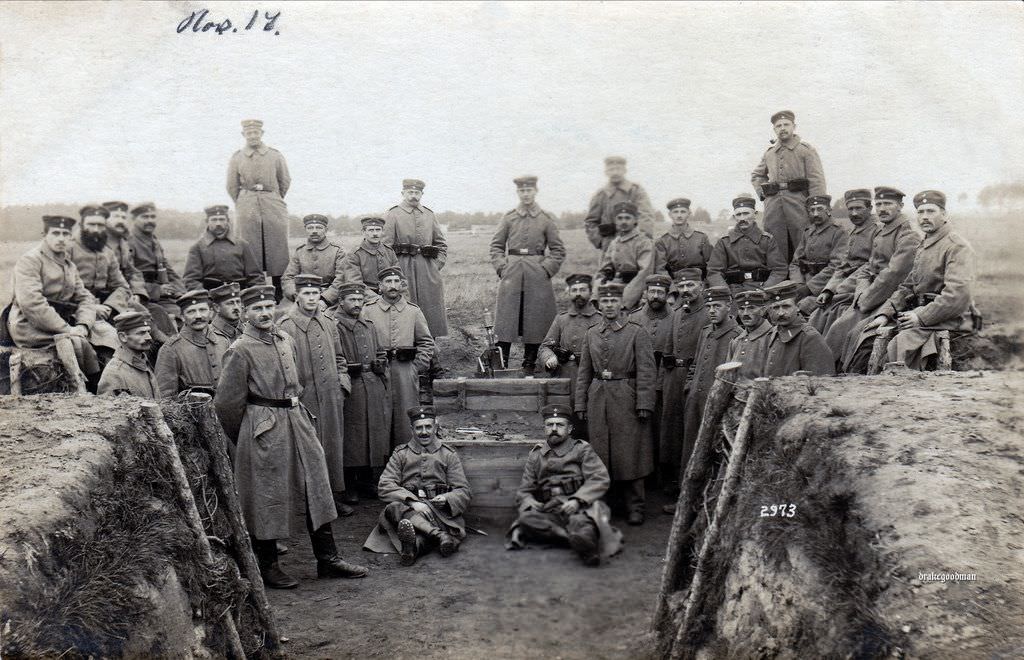