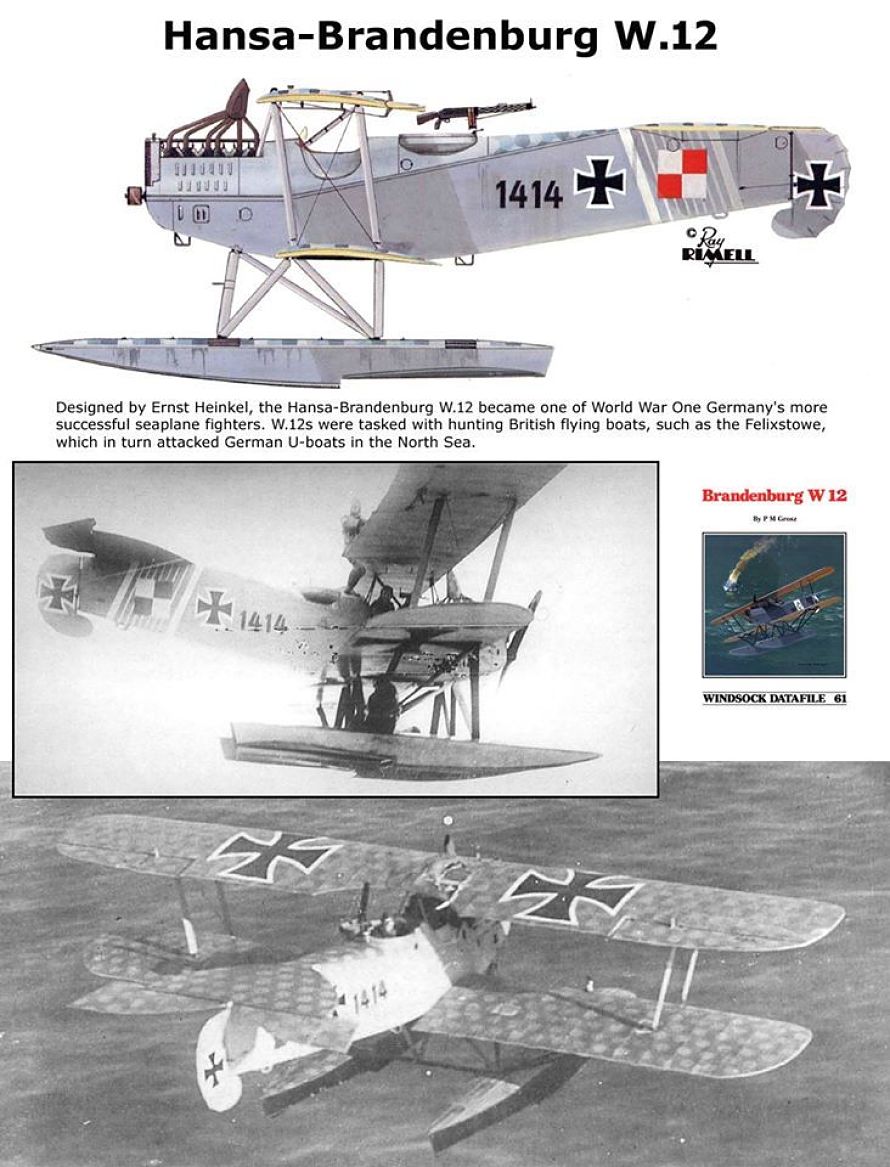 Utilizing design cues and lessons learned from previous aircraft designed for the Austro-Hungarian Army and Navy the Ernst Heinkel designed Hansa-Brandenburg W.12 went on to become one of the most successful sea-plane fighters operated by the German Navy in the WW1. The W.12 was designed to be a long range, highly maneuverable two-seat fighter and the extremely sturdy, triangulated, float strut arrangement ensured great strength while almost doing away with the need for any wing rigging. Three Daimler-Mercedes 160hp D.III powered W.12 prototypes were ordered in Oct 1916 (numbers 1014 to 1016) and another 3 the following month (numbers 1011 to 1013). The W.12 initially lived up to its promise when prototype 1014 took to the air for the 1st time in late Feb 1917, which was fortuitous because the Navy had placed a production order for 10 Benz Bz.III 150hp powered W.12 the previous month. Eventually various problems arose which delayed the remaining 5 prototypes and they were not delivered until July 1917, about the same time as the 1st the production aircraft began arriving, and the W.12 was not considered ‘fully satisfactory’ until the following month. Finally the German Navy had a seaplane capable of intercepting the fast British flying boats. 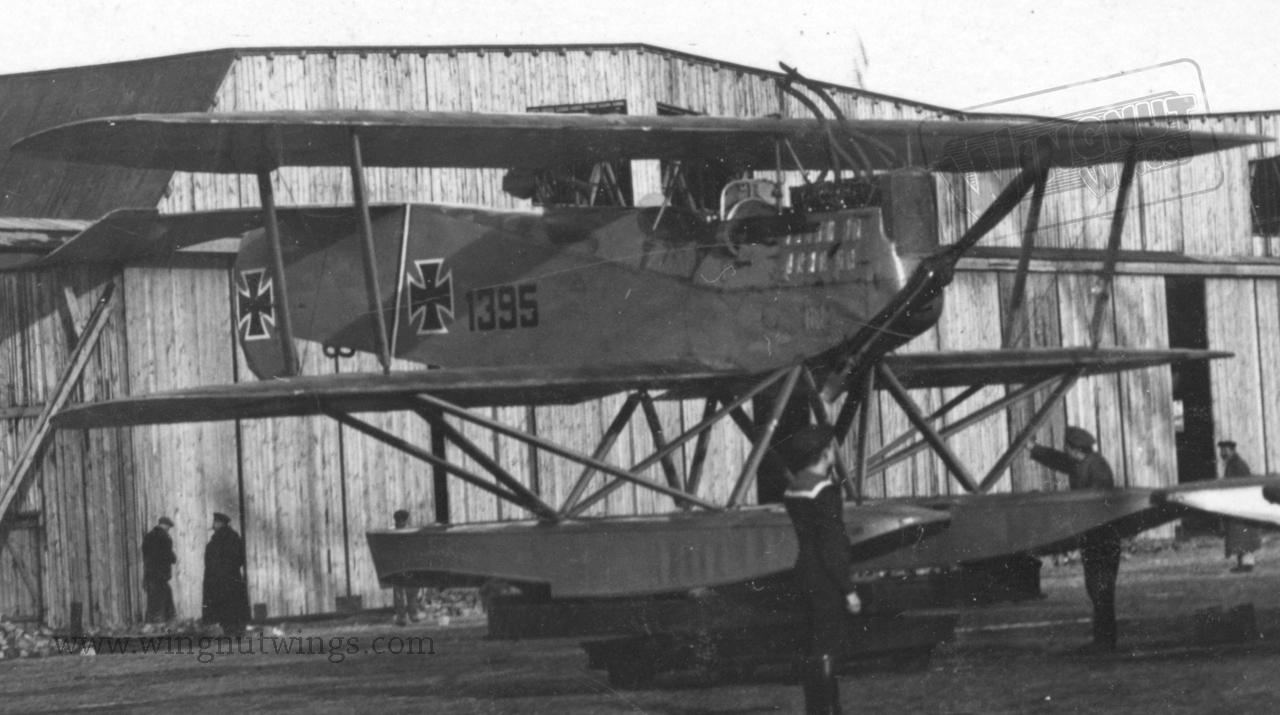 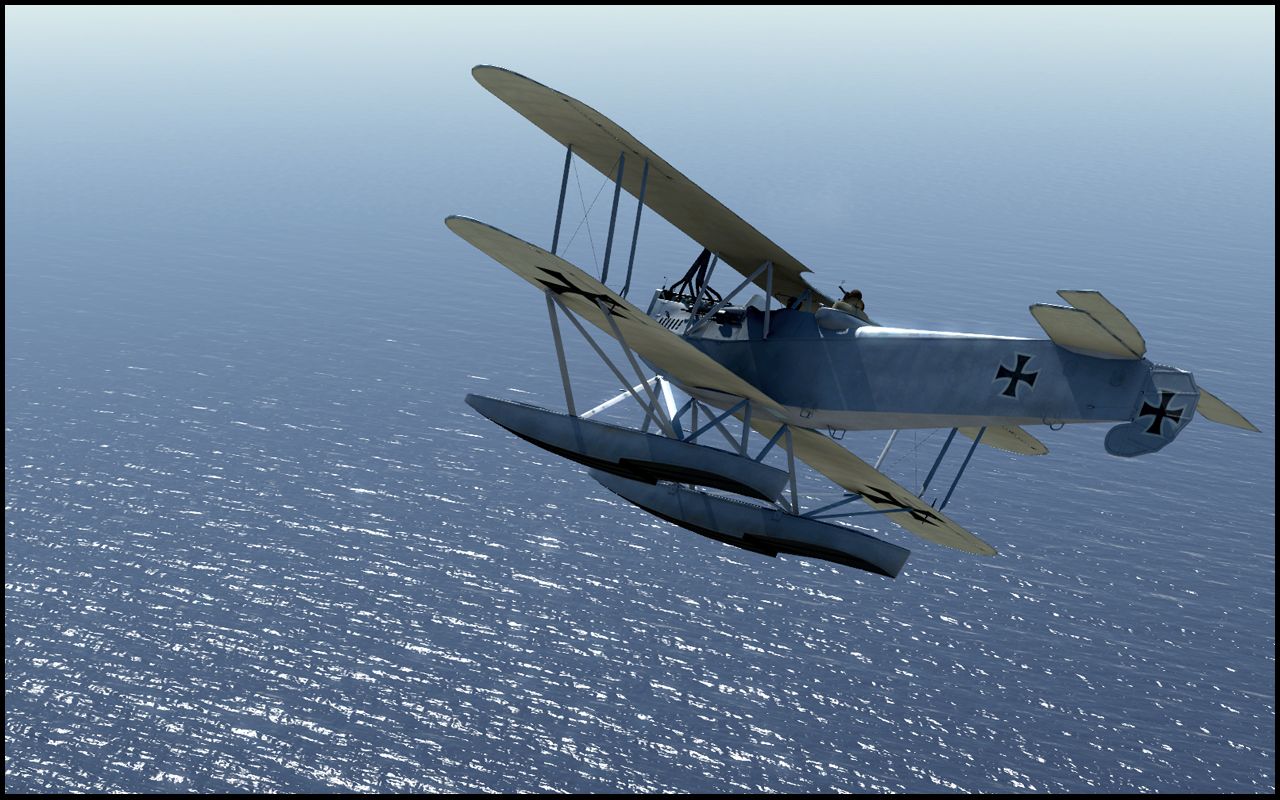