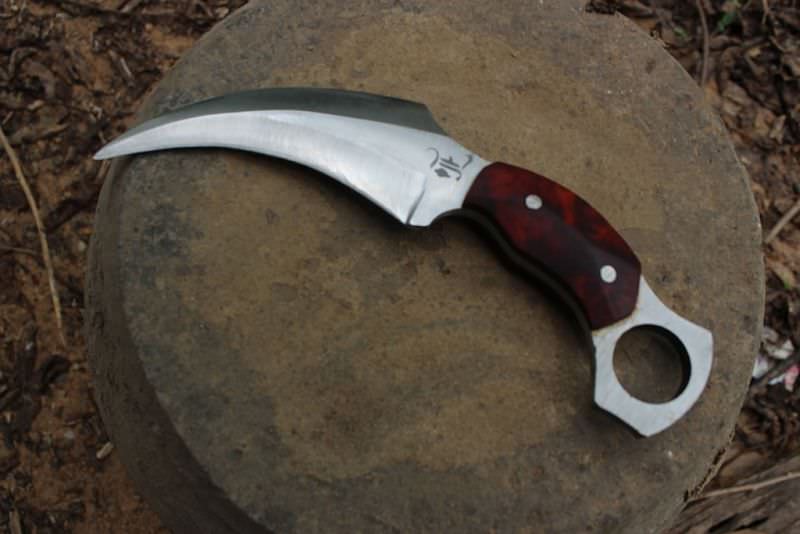 While this knife has a bit of a reputation as an aggressive combat knife, it actually has much more humble origins, its roots in 11th century Indonesia. From Southeast Asia – likely amongst the Minangkabau people of West Sumatra – the karambit knife was based on the tiger claw, but was actually used as an agrarian tool early on. As time went by and this knife was repurposed into a weapon, the blade became sharper, more curved, and now there are even folding karambits for easier concealment. Now, what was once a peasant blade is heralded as one of the most formidable fighting knives in the world. 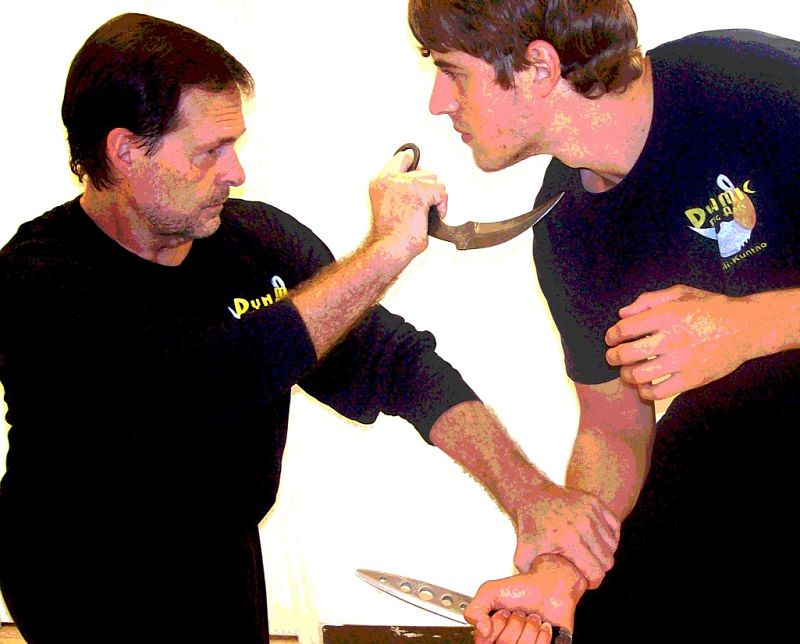 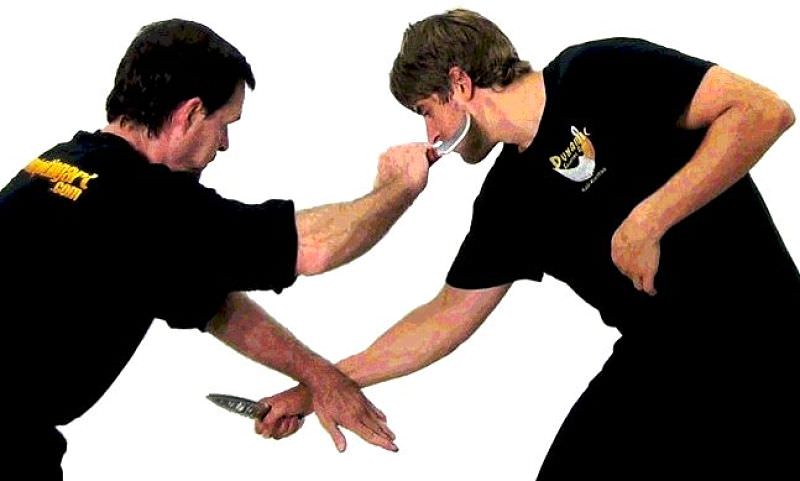 The personal Karambit (smaller version of the battlefield Karambit) was primarily designed for targeting the nerves and joints. As a result of such a small cutting surface, most cuts cannot be made deep enough to kill someone. That is why the Karambit can be considered a personal self-defense tool. In contrast, the blade of the Karambit Besar (larger or battlefield version of the personal-sized Karambit) is longer and thus permits deeper cuts. According to the ancients, the battlefield Karambit was preferred not only for its superior length but for the fact that you could, as a result of the lengthy cutting edge, "spill the entrails of your enemies onto the ground."