Le Prieur rockets were a type of incendiary air-to-air rockets used in World War I against observation balloons and airships. They were invented by the French Lieutenant Yves Le Prieur and were first used in the Battle of Verdun on 1916. Due to great inaccuracy their range was limited to about 115 metres (125 yards).- 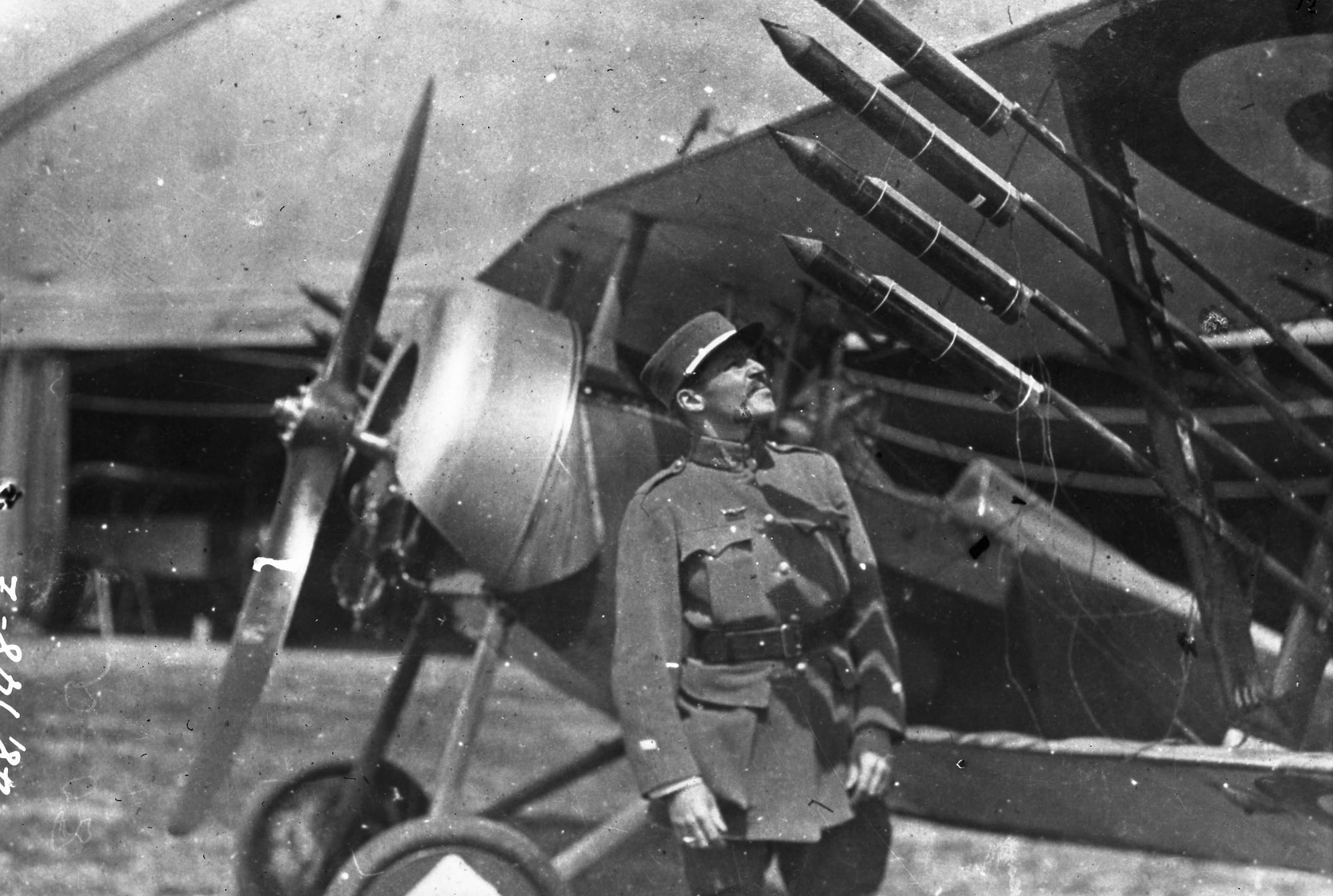 The rockets were essentially a cardboard tube filled with 200 grammes of black powder with a wooden conical head attached (by doped paper or linen tape) and has a triangular knife blade inserted in a slot across its apex forming a spear point. A square sectioned wooden stick (usually pine) was taped to the rocket with about 1.5 metres (5 feet) extending back from the base of the rocket and fitted snugly into a launch tube attached to the aircraft interplane struts.-

Le Prieur rockets were fired electrically, although their inaccuracy was such that pilots were generally required to fly within some 125 yards of their target before firing the rockets, which necessitated steep manoeuvres in order for the pilot to avoid colliding with the enemy balloon during the attack.

Although successful in its aim of destroying enemy observation balloons no Zeppelin airship was ever brought down by a Le Prieur rocket despite the best efforts of the British home defence service. The rockets were eventually withdrawn from service in 1918 once incendiary bullets had established themselves.- 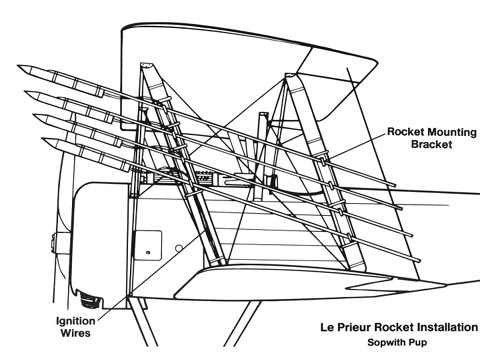 Thanks Louis... I never knew of this... great stuff