On 2018 have found the wreckage of the USS Lexington (CV-2), the aircraft carrier sunk near Australia during the world’s first carrier-versus-carrier battle.

The Lexington was critically damaged by Japs during the Battle of the Coral Sea on May 8, 1942, and the U.S. Navy was forced to scuttle it. The wreck rested about 500 miles off the eastern coast of Australia and about two miles below the water’s surface.

A group of fighters was discovered not far from the debris field one of them (a Grumman F4F-3 Wildcat) had four kills and noticeable insignia of "Felix the Cat". This Wildcat which was part of a group known as The Tomcatters. This squadron was led by John “Jimmy” Thatch who is known for creating the combat tactic the Thatch Weave in order to counter maneuverable Zero fighters. But the man who flew this particular wildcat was another very accomplished pilot named... Edward O’Hare. 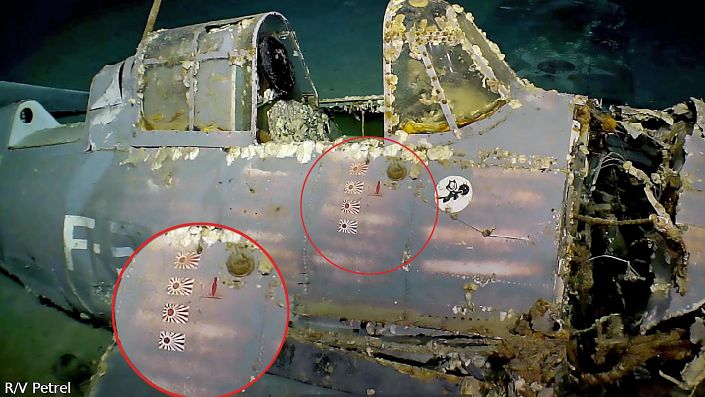 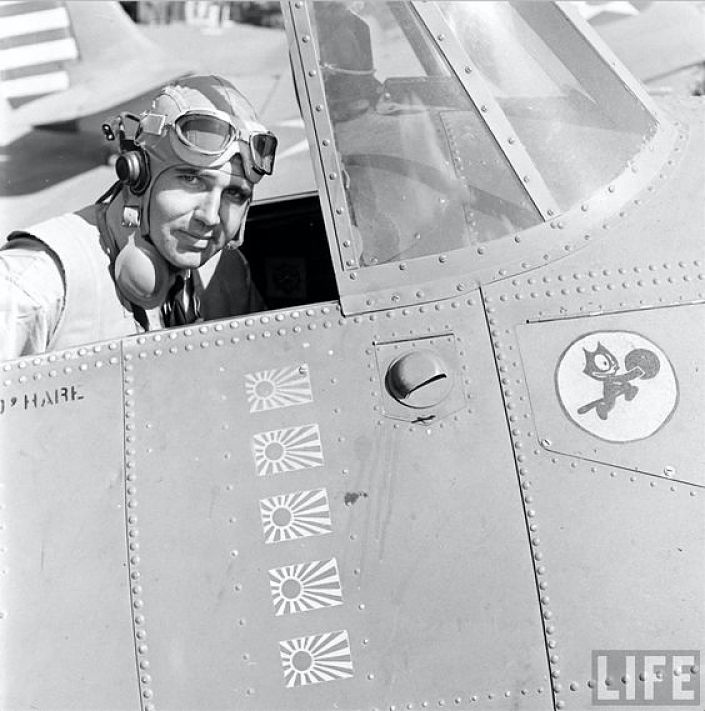 Louis said:
. But the man who flew this particular wildcat was another very accomplished pilot named... Edward O’Hare.

The photo with O'Hare in the cockpit has 5 kills. The photo of the sunken plane only has 4 and it has an additional mark (bomb?) adjacent to the second flag from the top. How is it known that O'Hare actually flew the sunken one?
O

Chicago's O'Hare airport was named after this aviator.

The cat is actually a squadron insignia.

"The Tomcatters" Sqd. Callsign "Felix."
"Several well-known aviators have flown with Felix on their shoulders, including Charles Lindbergh and Butch O'Hare.
The nickname Tomcatters was adopted in 1948." Wiki
----
"Felix the Cat is a funny-animal cartoon character created in 1919 by Pat Sullivan and Otto Messmer during the silent film era. An anthropomorphic black cat
with white eyes, a black body, and a giant grin, he is one of the most recognized cartoon characters in film history. Felix was the first animated character to attain
a level of popularity sufficient to draw movie audiences." -Wiki
---
According to a 1929 trade ad, the "synchronized" music score was provided by "Bernard Altshuler's Symphonic Recording Orchestra", and "special {vocal} effects"
created by Harry Edison.