The M-84 is a 2nd generation main battle tank manufactured by the Socialist Federal Republic of Yugoslavia. The M-84 is in service in Bosnia and Herzegovina, Croatia, Kuwait, Slovenia and Serbia.

The M-84 main battle tank is a Yugoslavian version of the Soviet T-72. Some improvements over the T-72 include a domestic fire-control system, improved composite armor, and a 1000-hp engine. The M-84 entered service with the Yugoslav People's Army in 1984. The improved M-84A version entered service a few years later.

The latest Serbian version of the M-84 is the M-84AB1, unveiled in 2004. It features a new fire control system, Kontakt-5 ERA armor, AT-11 Sniper anti-tank missiles, Agava-2 thermal sight, and the Shtora defensive suite. It is very similar to the Russian T-90S, both in appearance and in capability.

Croatia developed a highly modernized prototype version of the M-84 under the designation M-95 Degman. The M-84D will be the series production version, essentially an M-95 Degman with minor changes and upgrades to which standard all Croatian M-84s and T-72s will be brought.

About 150 M-84 tanks have been exported to Kuwait. About $500 million was earned from the sale in 1990-91, representing the Yugoslav military industry's most successful export at the time. The disintegration of Yugoslavia in 1991 prevented all further exports. Kuwait in fact ordered 215 tanks but the whole number never came. Croatia is now in negotiations with Kuwait to modernize their fleet to the M-84D standard and to produce and sell another 65 M-84D tanks.
Last edited by a moderator: Aug 30, 2017 A Kuwait M-84 tank during Operation Desert Shield in 1990. 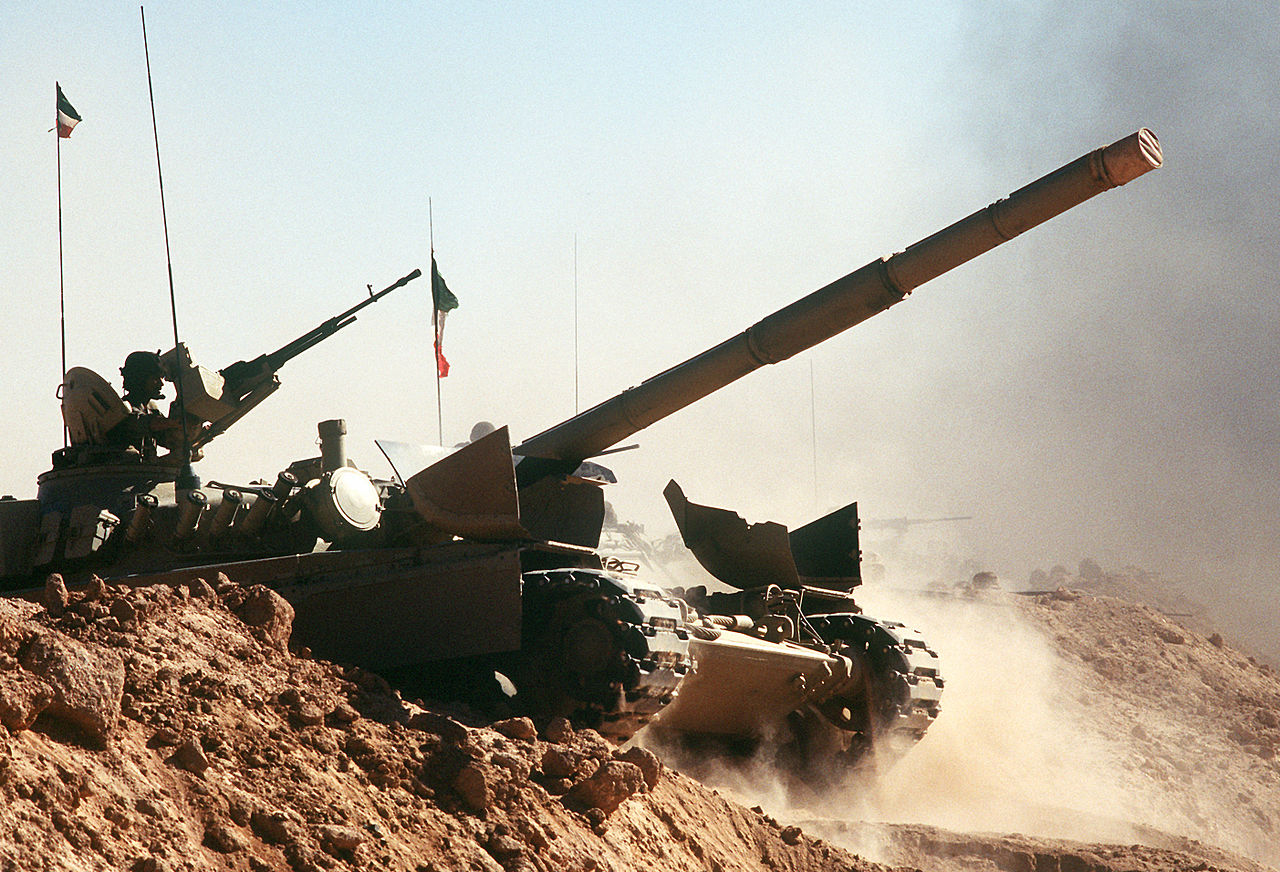