Seems like a piece of shit compared to the Thompson, but, like the man said, cheap to manufacture.

Nice for home security as well. 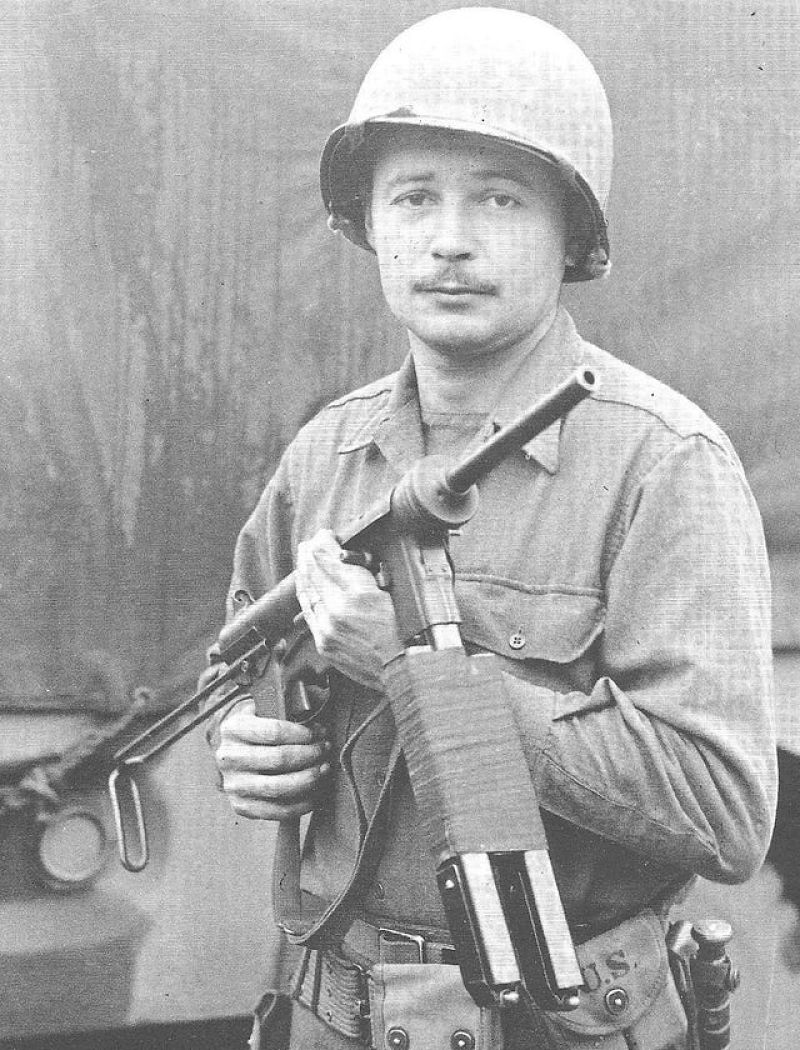 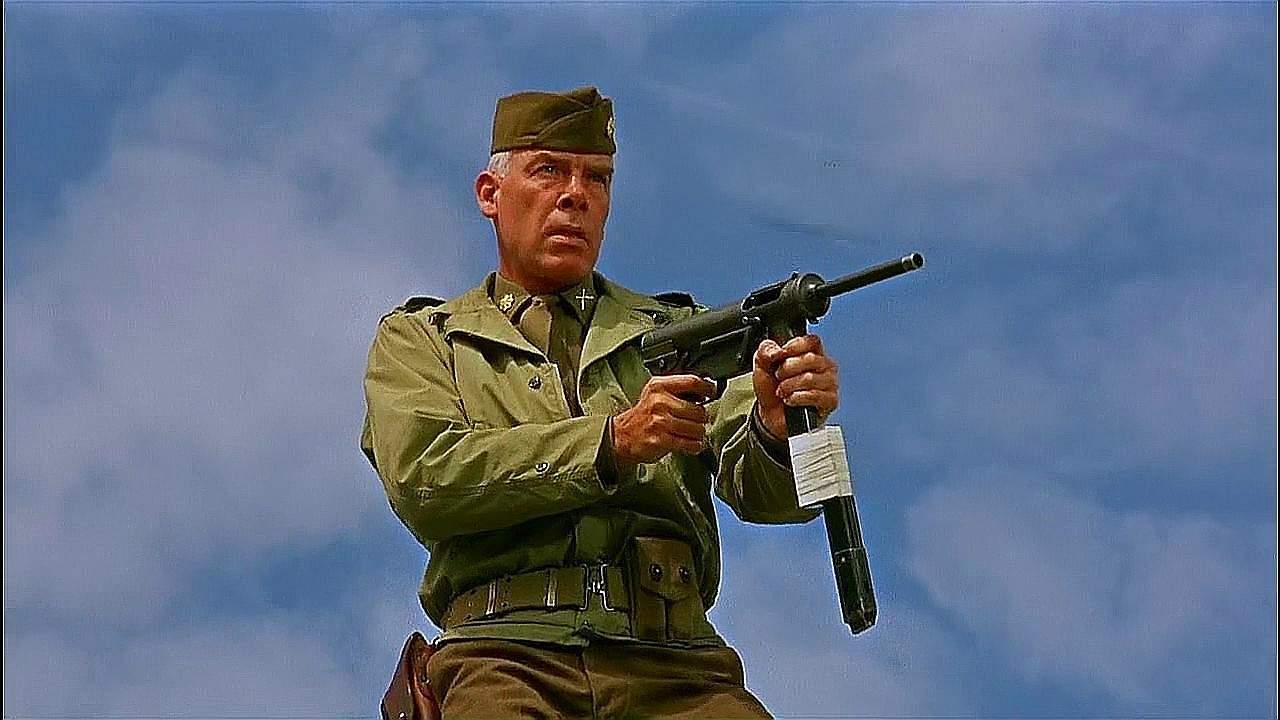 "Lee Marvin left school at 18 to enlist in the United States Marine Corps Reserve on August 12, 1942. He served with the 4th Marine Division in the Pacific Theater during World War II. While serving as a member of "I" Company, 3rd Battalion, 24th Marines, 4th Marine Division, he was wounded in action on June 18, 1944, during the assault on Mount Tapochau in the Battle of Saipan, during which most of his company were casualties. He was hit by machine gun fire, which severed his sciatic nerve, and then was hit again in the foot by a sniper. After over a year of medical treatment in naval hospitals, Marvin was given a medical discharge with the rank of private first class. He previously held the rank of corporal, but had been demoted for troublemaking.

Nurse on shooting practice, 1940.
(And seeing the shell casings on the ground, I deduce that he has practiced a lot.) 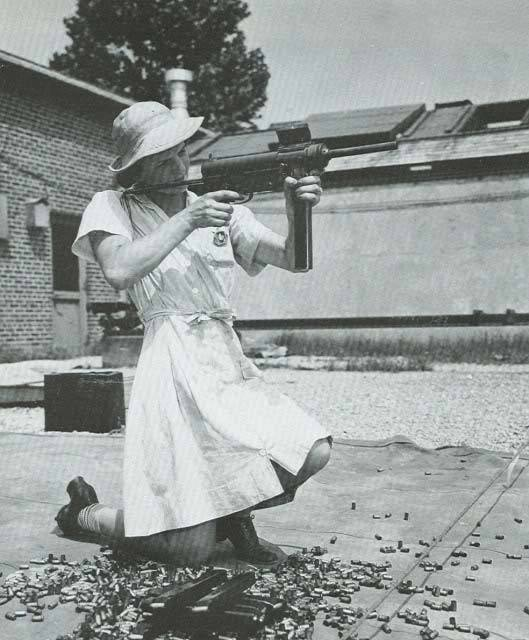