MAS were essentially motorboats with displacements of 20-30 tonnes (depending on the class), a 10 man crew, and armament composed of two torpedoes, machine guns and occasionally a light gun.

The term MAS also came to mean Mezzi d'Assalto, (Assault Vehicle) in the unit name Flottiglia MAS (Assault Vehicle Flotilla), the most famous of which was the Decima MAS of World War II.- 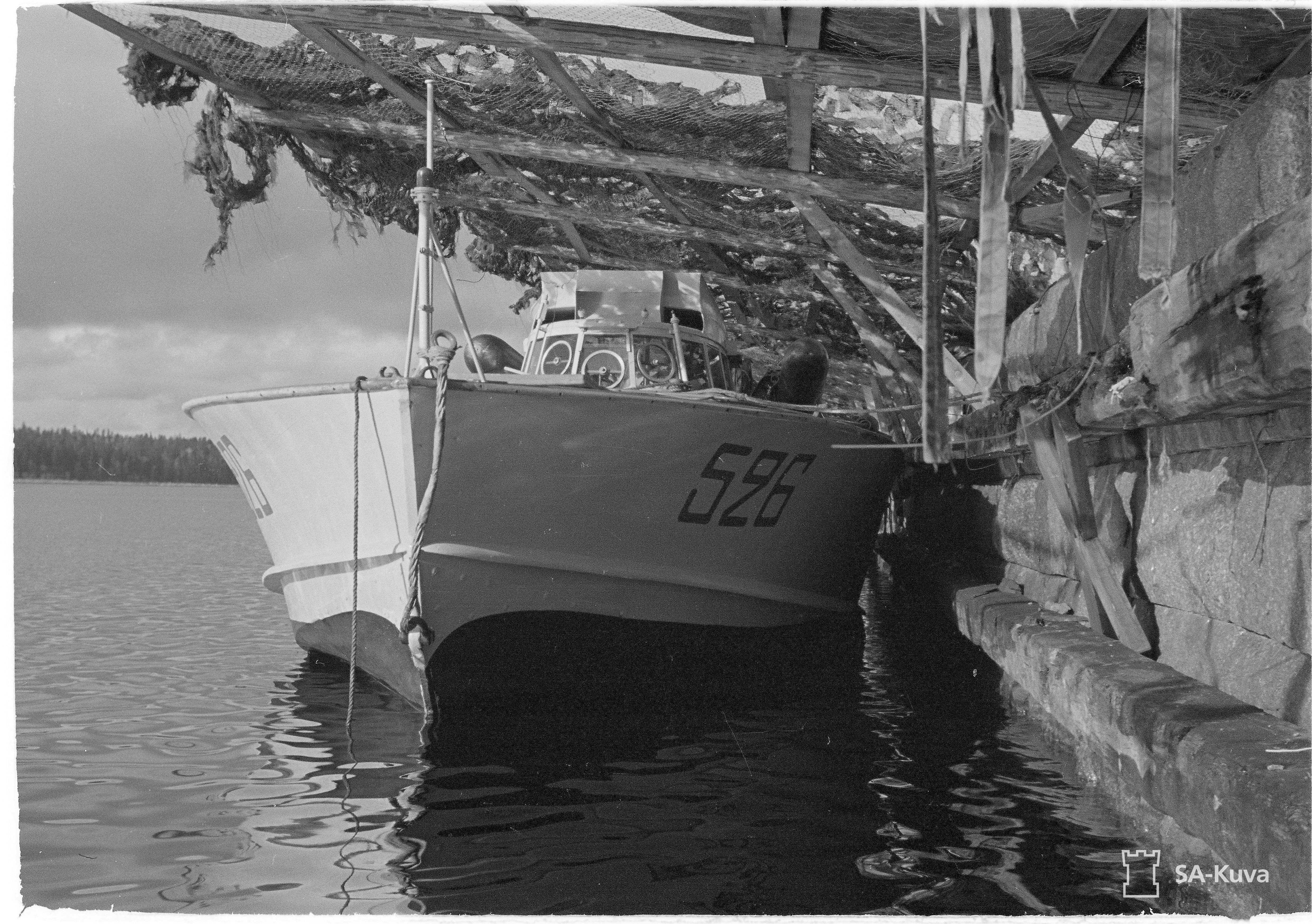 Only two complete examples survive to this day

MAS 15 is preserved at the Sacrario delle Bandiere naval museum located at the Vittoriano in Rome. In June 1918, it was the boat which sank the SMS Szent István. 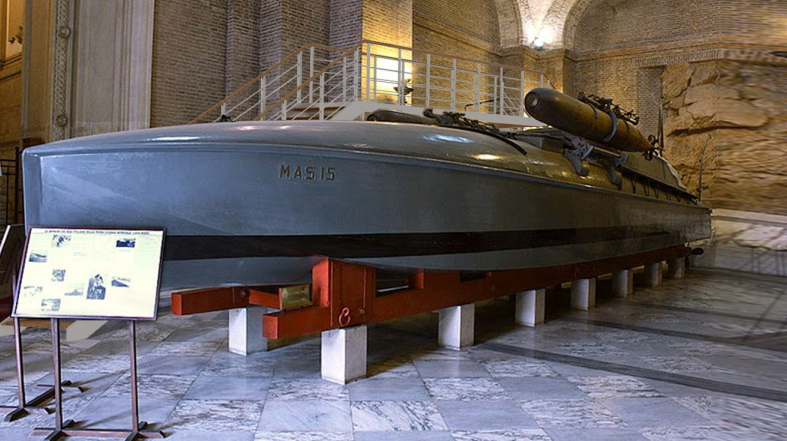 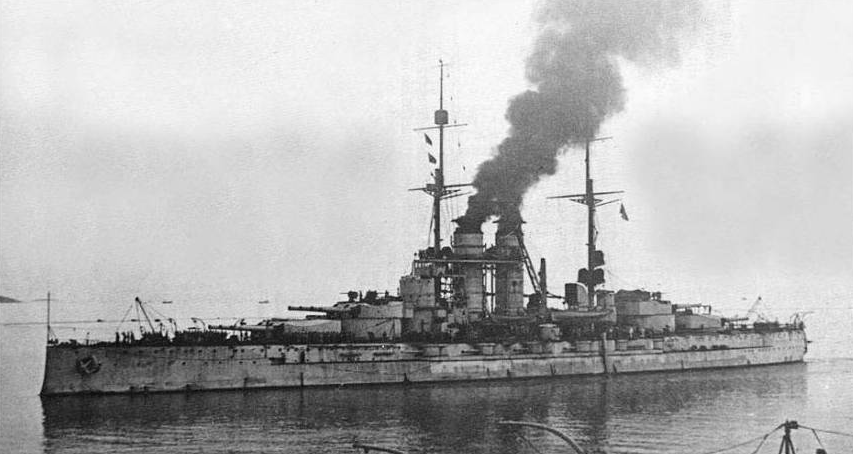 MAS 96 is preserved at the Vittoriale degli italiani at Gardone Riviera by Lake Garda. In February 1918, it was the boat on which Gabriele d'Annunzio participated in the "Bakar mockery" raid. 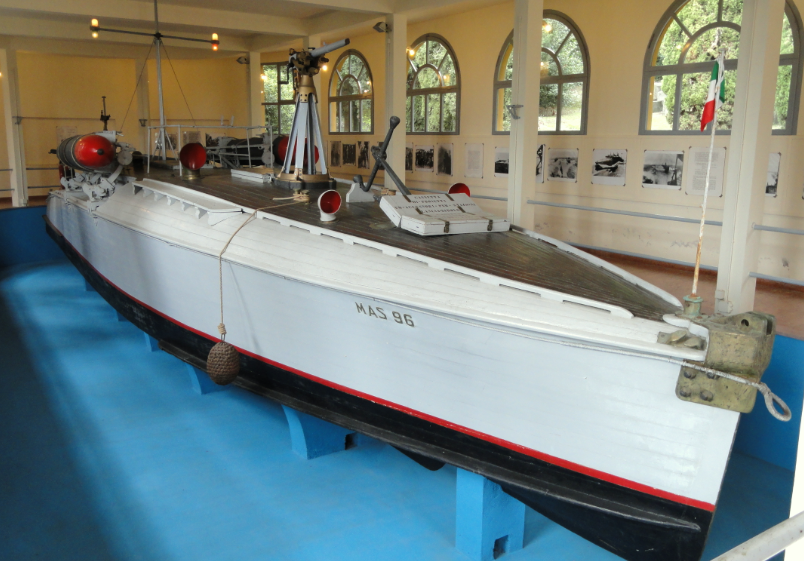