Matvei Kuzmin, the peasant Hero of the Soviet Union

Matvei Kuzmin (born 3 Aug 1858) was a russian peasant who was dead by a the german on 14 Feb 1942, shortly after the battalion was ambushed (with the help of Kuzmin) by Soviet soldiers. Matvey Kuzmin (83 then) is the oldest recipient of the Hero of the Soviet Union title.

Here the story: Kuzmin's home region (Kurakino, Russia) was occupied by the german in the WW2. In Feb 1942, he helped house a battalion of the 1st Mountain Division ("Edelweiss") in the village of Kurakino. The German battalion was ordered to pierce the Soviet defense in the area of Velikiye Luki by advancing into the rear of the Soviet troops dug in at Malkino.

On Feb 13, 1942, the German commander asked the 83-year-old Kuzmin to guide his men and offered Kuzmin money, flour, kerosene, and a hunting rifle. Kuzmin agreed, but on learning of the proposed route, sent his son Vasilij to Pershino (6 km. from Kurakino) to warn the Soviet troops and to propose an ambush near the village of Malkino. During the night, Kuzmin guided the German units through meandering paths, leading them to the outskirts of Malkino at dawn. 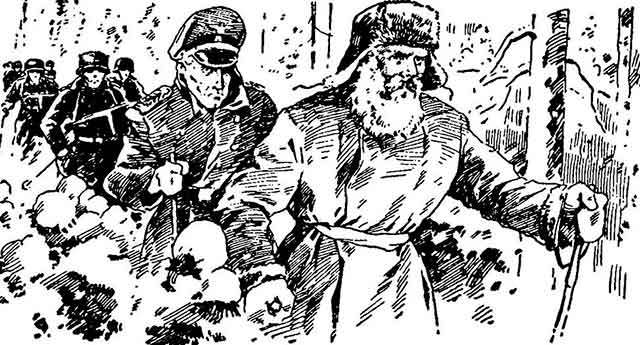 There the village defenders and the 2nd battalion of 31st Cadet Rifle Brigade of the Kalinin Front attacked. The German battalion came under heavy machine gun fire and suffered losses of about 50 killed and 20 captured. Among the chaos, a German officer had realized what had happened and turned his pistol towards Kuzmin and shot him twice. Three days later Kuzmin was buried with military honors. 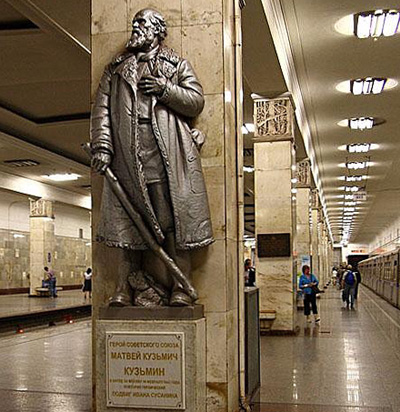