Meat Grinder said:
@Will S has threatened to start a thread with nothing but pics and videos of my troops getting blown up.
Click to expand...

No worries MG. There’s not enough digital film in the world for such a thread.
A

Meat Grinder said:
If I had to guess, @axxe may have given them a target arc command and my Panther reversed out of their arc. His flanking maneuver would no doubt have been successful if I hadn't started the Panther reversing.

Yea I can't explain that one. I wonder if @axxe had given that halftrack an area fire command?
Click to expand...

Both M10s had cover arcs, yes, which the Panther stayed just outside of. I learned over the course of the game (my first H2H with armor) that the M10 turret rotates r e a l l y s l o w l y and so got in the habit of pre-aiming their turrets with cover arcs. D'oh! As @Badger73 rightly pointed out, tank destroyers are not tanks!

The halftrack did indeed have an area fire command, the goal being to keep the Panther commander buttoned.

Sounds like another useful "Rules of (CM) War" entry this.

Ya know "Someone" should start a post/forum section entitled this! (Amazing an ALMOST reasonable comment by Zinzan )

Someone being some varient of Boots, Nate, one of the Meats, BadgerSett, should think about this for 5 seconds. (Hmmmmmmmmm!!!)

Just occurred to me that list of names up there sounds like a group called the "Great Old Ones" on another of my realities. (OK get him off the keyboard NOW!)

Zinzan said:
Just occurred to me that list of names up there sounds like a group called the "Great Old Ones" on another of my realities. (OK get him off the keyboard NOW!)
Click to expand...

Now @Meat Grinder you know you're not meant to post selfies on here!

Hope you got permission to reveal yourself, man! I'd like to make it 100% clear here to any supernatural powers I may or not rever that I had no intent to insult/amuse or even bring notice on my puny head. (Just in case) 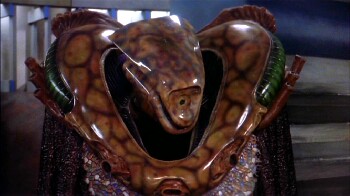 Holy crap!
@Wellsonian you must have done a victory lap around the house after seeing that.

Nathangun said:
Holy crap!
@Wellsonian you must have done a victory lap around the house after seeing that.
Click to expand...

I had to replay it 10 times before I believed it

Yup...The Tiger suprised me, i lost sight of it and when it showed up it caught the Stuart and a bunch of troops off guard. Nice work MeatGrinder

@Titan That map is just horrible for the attacker.

MeatGrinder, why don't you post a Pic of that same bit of dirt at games end where u where the allies , and it maybe a good idea to give the post an R18 rating
Last edited: Jan 9, 2018

That would be too horrific even for this thread!

Its a Horror show.....resembled more like the road leading out of Kuiwat city

From the Hang 'em High challenge.

This was a real nail biter. @Badger73 's Tiger emerges from the smoke. Who will get the first spot?

Interesting how the shot on the flank bounces, but the shot to the front penetrates...

Also interesting how you get a sound contact for the Tiger - did you have infantry clsoe by? Or are tanks able to hear other tanks? I'd think they wouldn't hear a thing from in there..

Even funnier how dust obscures the enemy and the tank just "forgets" that there is a mortal threat 20 yards away. LOS system has some glitches for sure.

Agreed. LoS "glitches" are my biggest complaint with the CM2 engine.

CM LOS sucks. And, what's the point of the dark blue part of the blue/pink line. I try to use it as an idea that if something of the same height as the unit your are using to target from, comes into the location where the line is dark blue, then the targeting unit will be able to see and target that something. So I set up a test to verify that, and sure enough the test showed it to likely be untrue. I say "likely", because I realize that units don't always spot a something that is in a area where they have clear LOS (light blue) so you might think my unit just didn't happen to spot the approaching bad guy. But, it was a test, and something should have eventually become spotted by my targeting unit. Despite waiting patiently, through many turns, the two units did not see each other. So I've decided, that to determine if it should show a portion of the LOS line as dark blue, the game flips and coin and...ahhh, never mind, you probably heard this one before.
You must log in or register to reply here.
Share:
Facebook Twitter Reddit Pinterest Tumblr WhatsApp Email Link
Top