The Mikoyan-Gurevich MiG-23 is a variable-geometry fighter aircraft, designed by the Mikoyan-Gurevich design bureau in the Soviet Union. It was the first attempt by the Soviet Union to design look-down/shoot-down radar and one of the first to be armed with beyond visual range missiles, and the first MiG production fighter aircraft to have intakes at the sides of the fuselage.
Production started in 1970 and reached large numbers with over 5,000 aircraft built.- 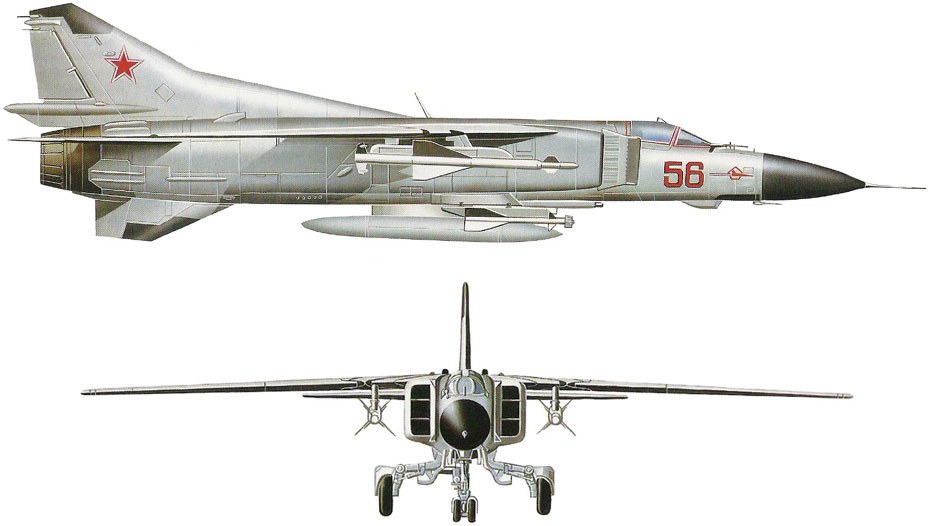 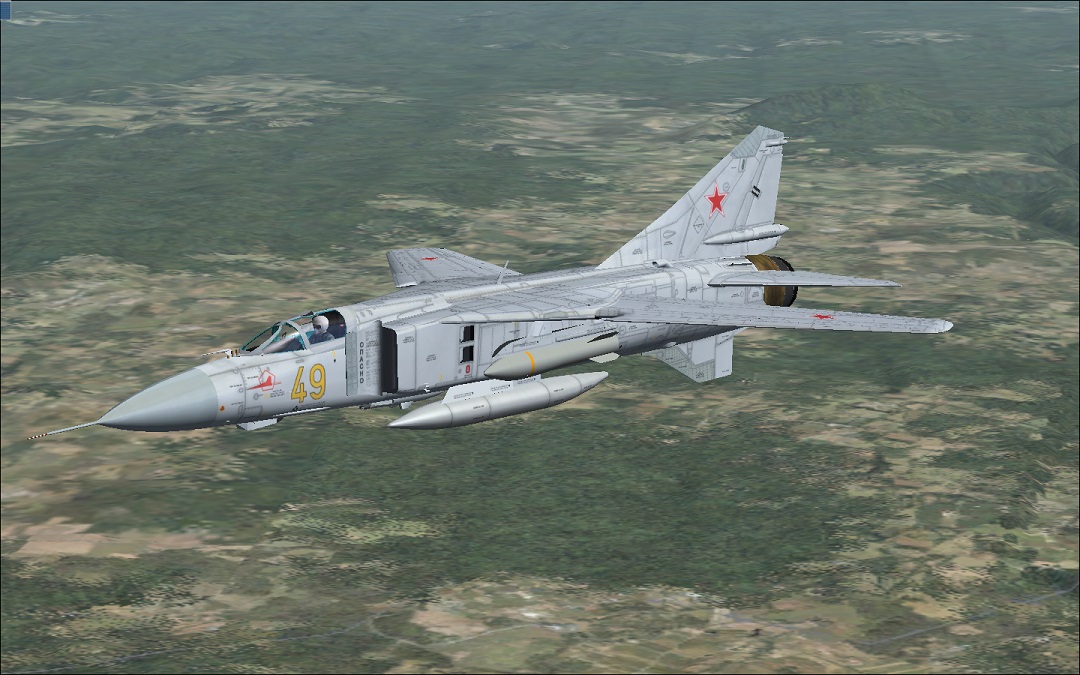