The german MP40 submachine gun is one of the most recognizable and famous guns ever produced. Called a Machinenpistole by the germans, the MP40 saw service with every branch of the German Army in WWII.- Introduced in 1940 by its designer, Heinrich Vollmer, it was rather incorrectly termed as a Schmeisser. Hugo Schmeisser did design weapons but only patented the Mp40's magazine, somehow his name got associated to the entire gun and he has remained forever synonymous with it. Vollmer however, was practically unknown.-

The MP40 was manufactured at the Erfurter Maschinenfabrik Werkes ( ERMA ) in Erfurt, Thuringia, Germany and was actually a replacement for the rather expensive, unreliable and accident prone Mp38 that was first issued in 1938.

The MP38 could fire accidentally if knocked or dropped and hence needed to be improved. Both were designed to be cocked with the left hand whilst the right hand held the grip, presumably for faster firing once the magazine was home.-

The MP40 had several design improvements over its predecessor and became a highly successful and reliable weapon, that would not now fire if dropped or knocked.

Made almost entirely from pressed steel fittings and synthetic parts, the MP40 was a modern, mass produced weapon and over one million of them were made until production ceased when the allies took over the factory at the end of WWII.-


It fired the standard german 9mm parabellum round that was in abundance with their army as it was the same ammunition for the Walther P38 pistol, Luger P08 pistol and the Bergmann SMG.

The 9mm Parabellum was and still is quite a high power round and a 115 grain bullet can exceed 1200 feet per second. This exact bullet the 9x19mm parabellum, is still used today with modern armies and police forces around the world.- 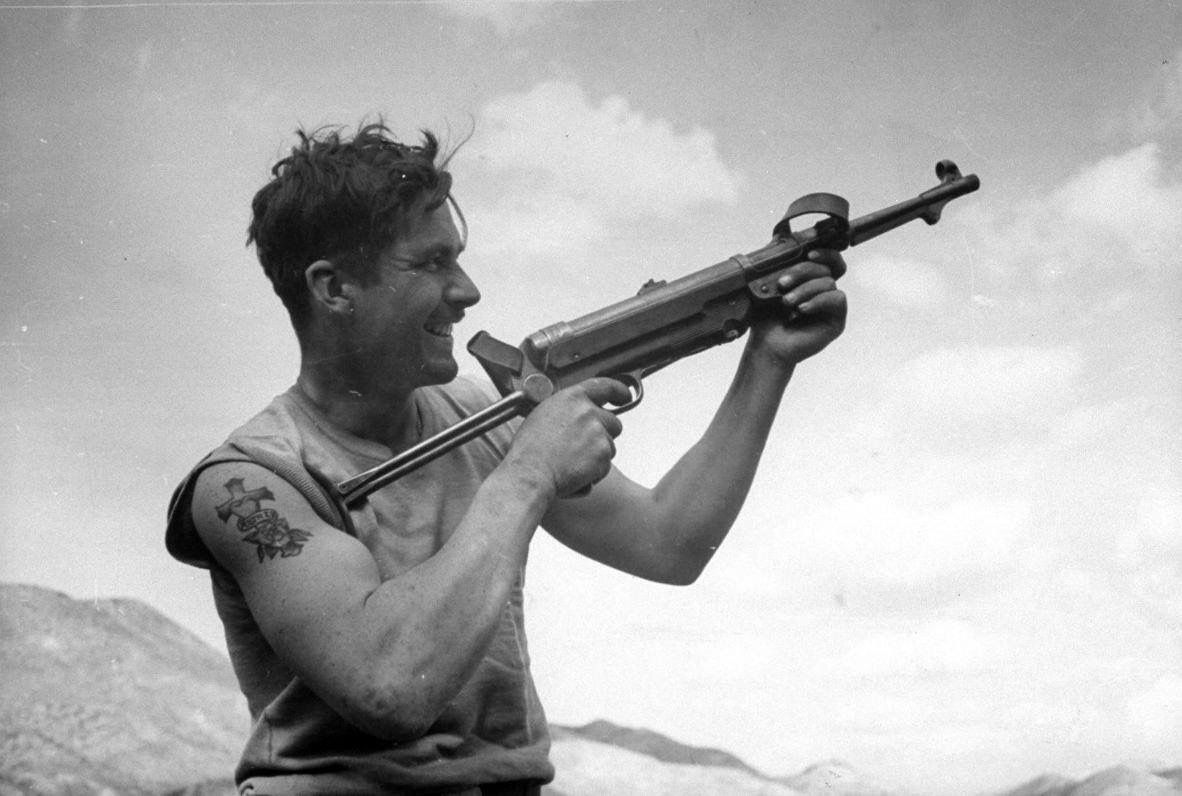 That viedo with Lee Ermey is great! Ecellent sound! Unfortunately the sound of the MP40 in Combat Mission is very poor - it sounds like a plastic rifle...

I'm still searching for a good sound mod though.

It's the one downside of being in a gun restricted country like Australia where even having historical weapons is a no no. I think having them 'disarmed' so just owning them for show is even rough going for private citizens. But swords are for some reason fine.

The MP40 would be great mounted on the wall of my future study / gaming room. (And an STG44)

A Waffen-SS with MP40 submachine gun.

Polish resistance fighter with his captured MP40 submachine gun during the Warsaw Uprising.

That test firing by Emery was interesting. Just by sound it appeared the Thompson had a higher rate of fire. The MP40 looked like it had better accuracy and less recoil.
Last edited: Aug 8, 2018 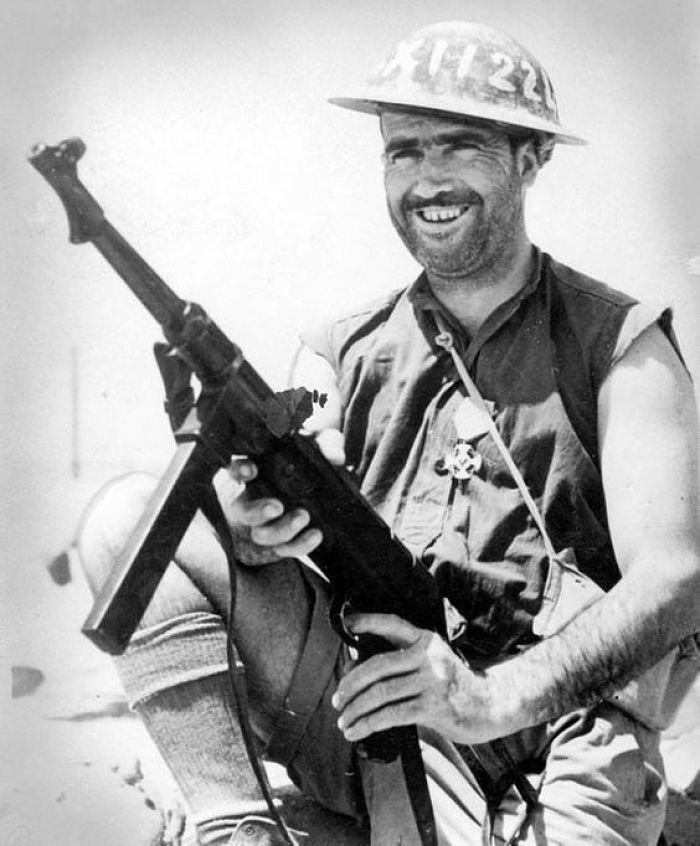 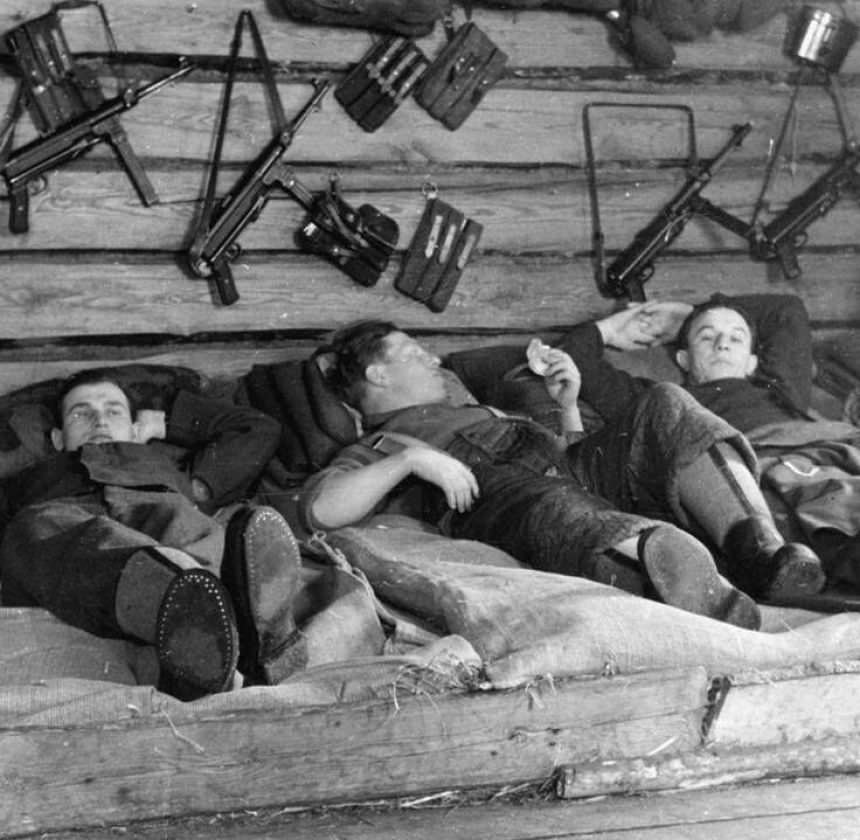 Four rounds to a barrel. And if that was not enough, he finished it off with his pistol. 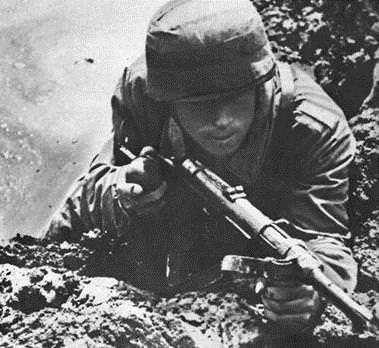 That projection below the barrel at the end is to prevent it jumping inside while fired from a port in a moving vehicle. Just shows the attention to detail - I know of no other weapon that has that logical safety feature in a gun intended to be used in that way. 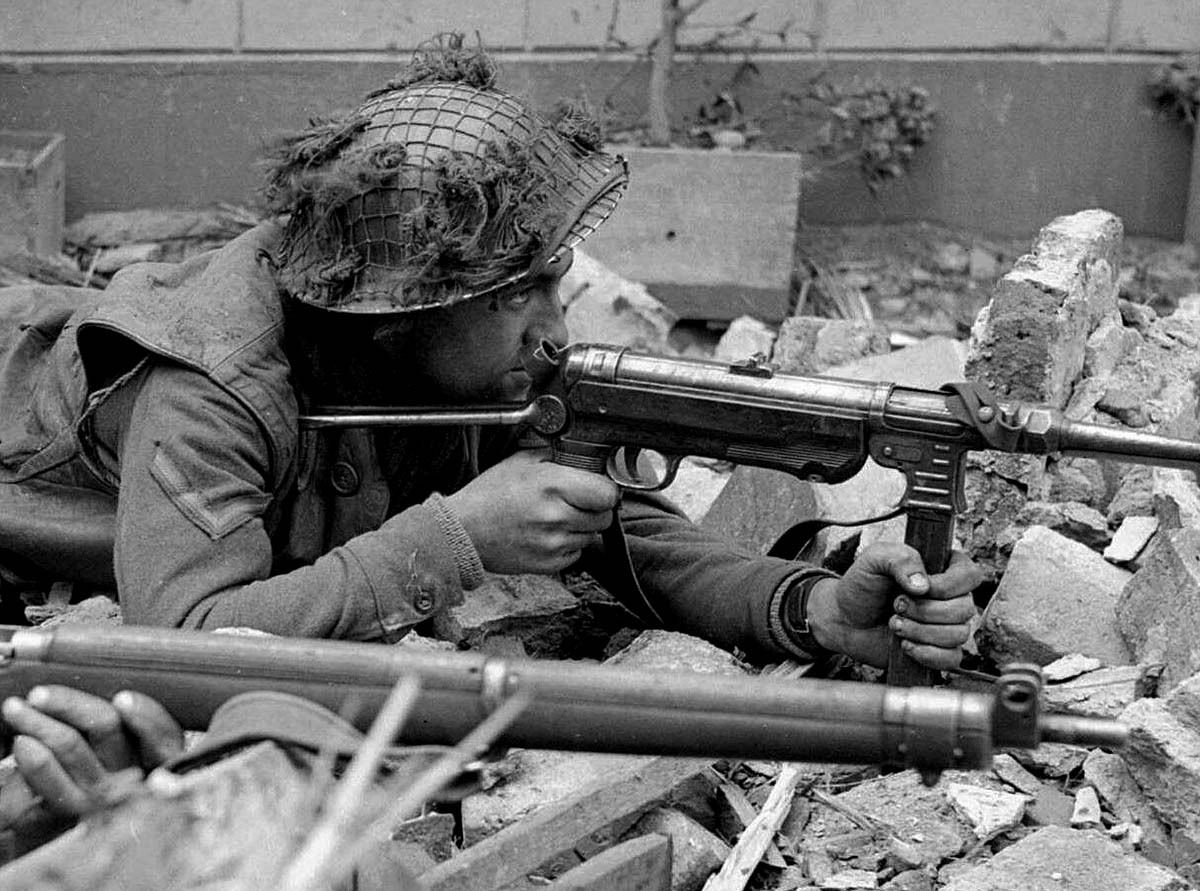