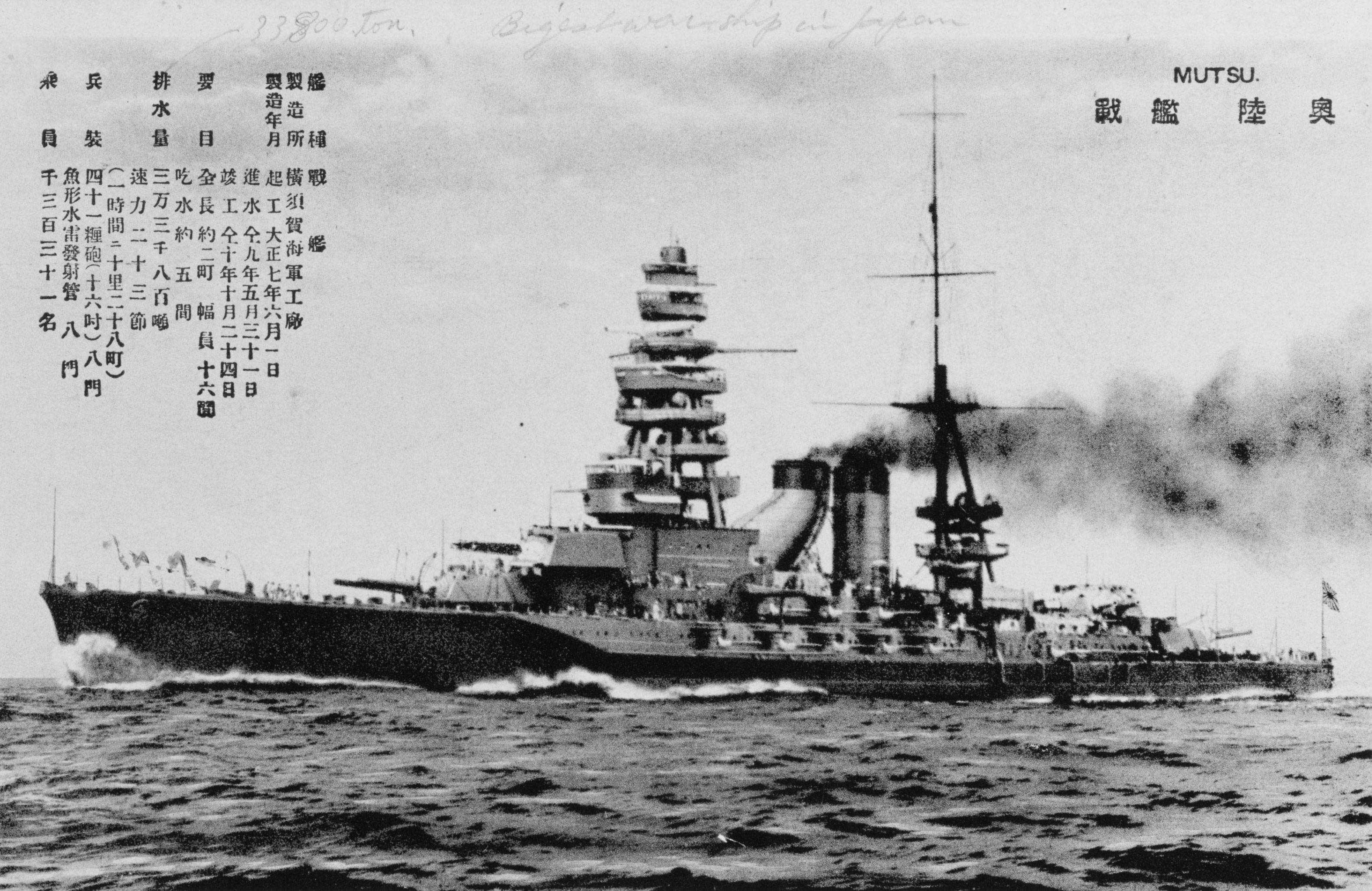 When commissioned in 1921, she and her sister-ship were the first battleships in the world with 16 inch (406.4 mm) guns and were considered the Japanese navy equivalents of the British Navy’s Queen Elizabeth class.

At the time of their completion in 1920–21, their armament, armour and speed made them the most powerful capital ships in the world and they remained the most powerful battleships in the Imperial Japanese Navy until the completion of the Yamato class. It was not until 1937 that the US Navy became aware that their actual speed was considerably higher than the 23 knots they had previously assumed, which resulted in a redesign of the South Dakota class to provide them with a higher speed.

She underwent major reconstruction at the Yokosuka Navy Yard between 5 September 1934 and 30 September 1936, in which her hull was lengthened to 737 feet (225 m) and anti-torpedo bulges and a triple bottom were added. Horizontal armour was increased over the engine room and magazines and additional armour was also fitted to the faces, sides and tops of her main turrets, the barbette armour was also strengthened. Additions to the fore-mast led to her acquiring the distinctive pagoda mast that became the distinguishing feature of Japanese battleships of her era. She lost her submerged torpedo tubes and two of her upper deck secondary guns. The elevation of her main 16-inch guns was increased from −5 / +30 to −3 / +43 degrees, which increased their maximum range to 33,930 yards (31,025 m) when firing a 2,069 lbs shell. (938.5 kg) HE shell and 42,350 yards (38,725 m) when firing a 2,249 lbs projectile or an (1,020 kg) APC (armour-piercing capped) shell. The elevation of the remaining 5.5-inch guns was increased to 35 degrees. Eight 127 mm dual-purpose guns in four twin mounts and twenty Type 96 25mm anti-aircraft guns in ten twin mounts were added to increase her anti-aircraft protection. A 19.6 metre long Kure Type No. 2 Model 5 catapult and a collapsible crane were fitted forward of "C" turret for three Nakajima E4N2 floatplanes which were to be carried for observation purposes.-

During World War II Mutsu saw limited action, spending much of her time in home waters. Mutsu, as part of a covering force for the Pearl Harbor task force forayed from Hashirajima to the Bonin Islands from 8 to 13 December 1941, in company with the light carrier Hosho and the First Fleet's Battleship 2 division's Ise, Hyuga, Fusō, and Yamashiro, escorted by light cruisers and destroyers. The group saw no action.

During the battle of the Eastern Solomon islands on 27 August, Mutsu fired four shells at tracking enemy aircraft during what was her first and only action of the war.

On 8 June 1943 the Mutsu was moored at the Battleship Division 2 flagship buoy No.2 in the Hashirajima fleet anchorage approximately 3 km (1.9 mi) south-west of the island of Hashirajima and just to the west of Mitsuhima island in the Inland Sea, hosting 113 flying cadets and 40 instructors from the Tsuchiura Naval Air Group on a familiarization tour. At 12:13 the magazine of her No. 3 turret exploded. The explosion was so severe that it instantly sheared the stern from the ship forward of No. 3 turret, causing major flooding in the boiler rooms and main engine room. The 535-foot (163 m) forward section of the ship rolled to starboard and sank almost immediately. The stern section upended and remained floating until about 0200 hours on 9 June before sinking, coming to rest a few hundred feet south of the main wreck.

The battleship Fuso immediately launched two boats which, together with assistance from the destroyers Tamanami, Wakatsuki, the cruisers Tatsuta and Mogami, were able to rescue 353 survivors from the 1,474 crew members and visitors aboard Mutsu, giving a loss of 1,121. Only 13 of the visiting flying cadets/instructors were among the survivors.] During the initial and later salvage operations, lasting until 1978, all but 272 of the bodies were recovered.

To avert the potential damage to morale of the loss of a battleship coming so soon after the string of recent setbacks in the war effort, Mutsu's loss was declared a state secret. Mass cremations of recovered bodies began almost immediately after the sinking. Captain Miyoshi's body was recovered from his cabin by divers on 17 June, his wife was not officially notified until 6 January 1944, how he had died was not mentioned. Both he and his second in command, Captain Ono Koro, were posthumously promoted to Rear Admiral, which was normal Japanese Navy practice. 39 wounded survivors were sent to a secluded hospital on Mitsukoshima.

To further prevent rumours from spreading, healthy and recovered survivors were re-assigned to various garrisons in the Pacific Ocean. Some of the survivors were sent to Truk in the Caroline Islands to form the 41st Guard Force. Another 150 were sent to Saipan in the Mariana Islands where most were killed in 1944 during the battle for the island.

At the time of the explosion Mutsu's magazine contained a number of 16-inch Type 3 "Sanshikidan" incendiary shells, which had caused a fire at the Sagami arsenal several years earlier due to improper storage. Because they might have been the cause of the explosion, the Minister of the Navy, Admiral Shimada Shigetaro, immediately ordered the removal of Type 3 shells from all IJN ships carrying them, until the conclusion of the investigation into the loss.-
Last edited: Sep 10, 2017 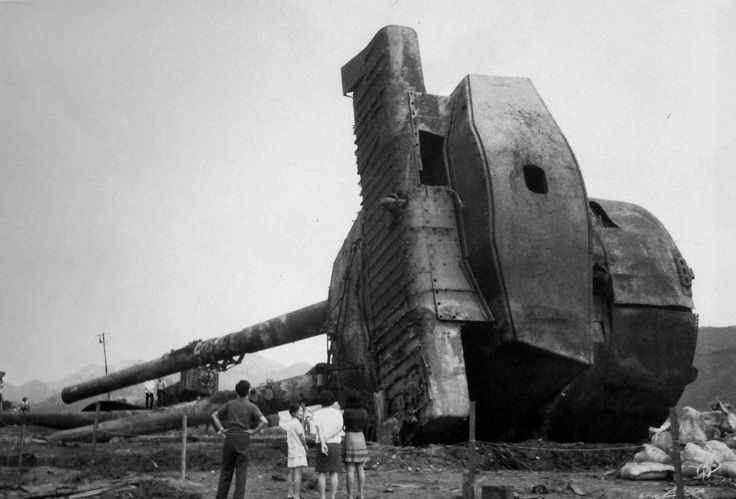