The Panzerwurfmine was a specialized form of anti-tank grenade that used a hollow-charge warhead to defeat the target tank armor. To ensure that the warhead was actually facing the target armor when it struck the tank, the grenade was fitted with a finned tail for stabilization and guidance.

Was a personal anti-tank weapon developed for use by specialist German infantry anti-tank squads during WW2. The Panzerwurfmine consists of a metal body and a wooden handle to which four canvas fins are attached. The grenade is intended to be thrown by hand, and is armed by the removal of a metal cap at the base of the handle. This cap not only acts as a fuze cover, but also serves to hold the fins close against the handle of the grenade before throwing.

The body is made in two pieces crimped together and attached to the handle by a metal band. It contains an 18 1/2 oz. filling of 50/50 R.D.X./T.N.T. cast around a hollow charge liner made of pressed steel.

A sensitive impact fuze consisting of a striker, a creep spring, and two steel balls is located in the base of the handle. The two balls fit into a recess in the striker and are held outward by a safety pin fitting between them, causing them to bear against the top of the striker housing and preventing the striker from moving down onto the primer. Beneath the primer in the base of the handle is a detonator and a picric acid booster. A small length of tape is attached to the safety pin at one end, and is held in at the other end by the metal cap and a semicircular clip attached to one fin and fitting around the handle. When the grenade is thrown, the fins which are attached to the handle by steel ribs open out umbrella fashion, and the clip attached to one fin is pulled away from the housing. This action releases the tape which unwinds and pulls the safety pin out of the striker. During flight, the two steel balls move in, freeing the striker which compresses the creep spring on impact, setting off the primer, detonator, booster, and main filling.
Last edited: Aug 24, 2017 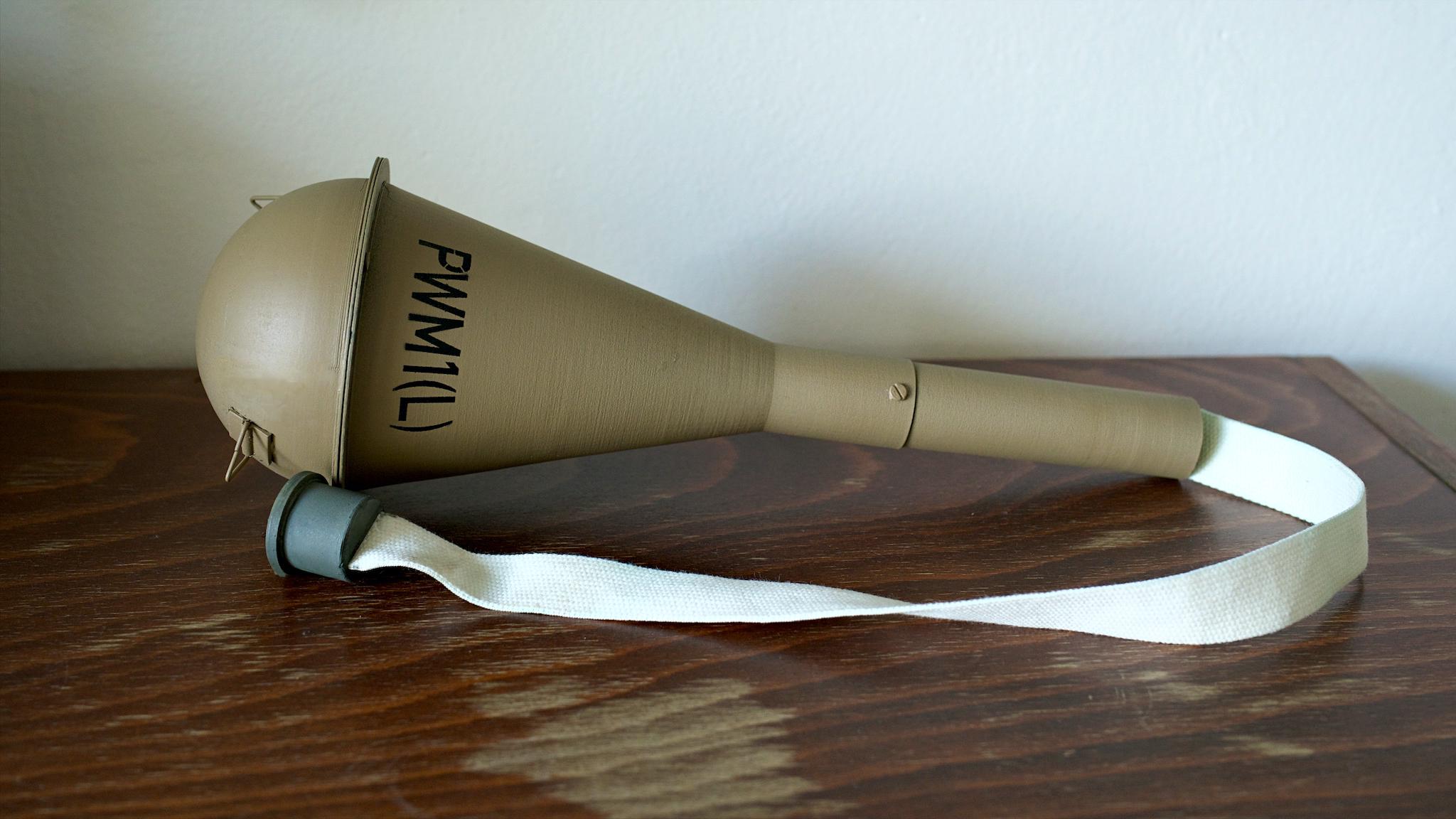 I was wondering how effectice this was as an AT weapon and did some searching.

The Panzerwurfmine is designed to achieve the stable flight needed by the deployment of large fins or canvas lengths at the back of the design, to stabilise the trajectory of the grenade and therefore make a ninety degree angle contact more likely. When the PWM hits the armour, the shaped charge is activated. However, in combat use the Panzerwurfmine often did not live up to expectations, due to the relatively short range it could be thrown, and also the relative lack of clean ninety degree impacts, decreasing its effectiveness.
https://en.wikipedia.org/wiki/Panzerwurfmine

The Panzerwurfmine was first used in combat beginning in 1943, where it ended up being a mild success among German anti-tank weapons. While it required the user to be even closer to the target than if the user was using either a Panzerfaust or a Panzerschreck, it was still a semi-reliable back-up weapon. A number of captured examples were used by the Allies, particularly the Russians. The weapon was also used by American soldiers, who initially assumed the weapon were meant to be thrown in the same fashion as normal grenades, as if they were oversized darts. This resulted in the issuing of special intelligence bulletins, which detailed the correct procedure.

After the war, a number of Warsaw Pact countries used weapons which worked on the same principle, and Egypt’s indigenous armament industry has produced an almost exact copy of the Panzerwurfmine, which suits their own infantry anti tank tactics. 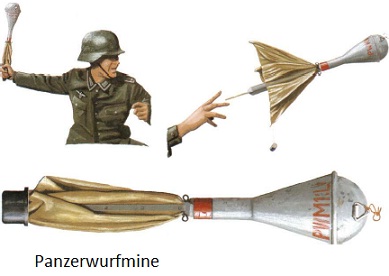