Louis said:
Wow, except for the mountains in the background, everything has changed.
Click to expand...

Yup, everything's changed. Still quite a few old buildings in the downtown part of Honolulu but on the whole, doesn't look like it's changed much since the 70's to be honest. Just going by Google street view.

On Aug 1944, civilians celebrating the entry of Allied troops into Paris scatter for cover as a sniper fires from a building on the place De La Concorde.
And Sept. 2017. 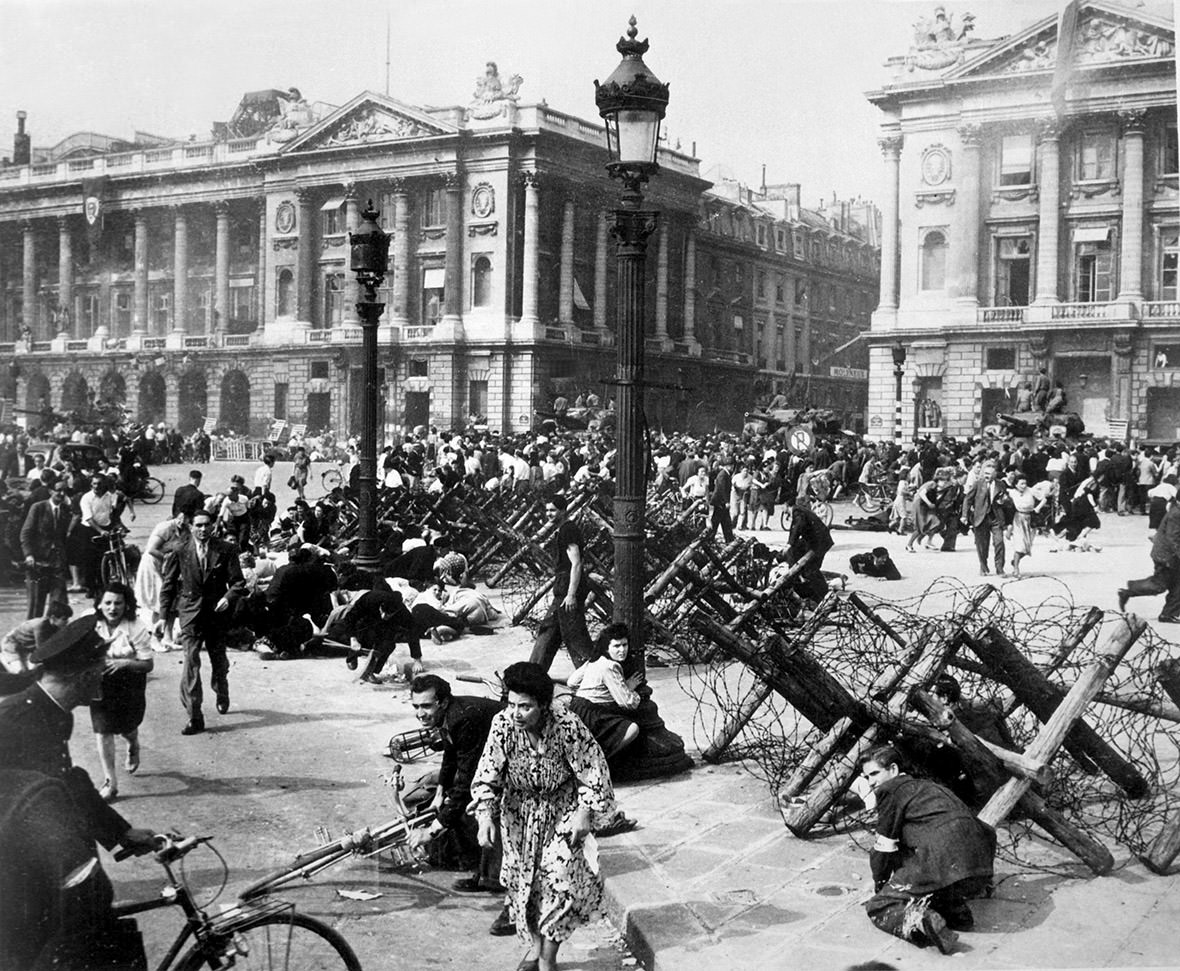 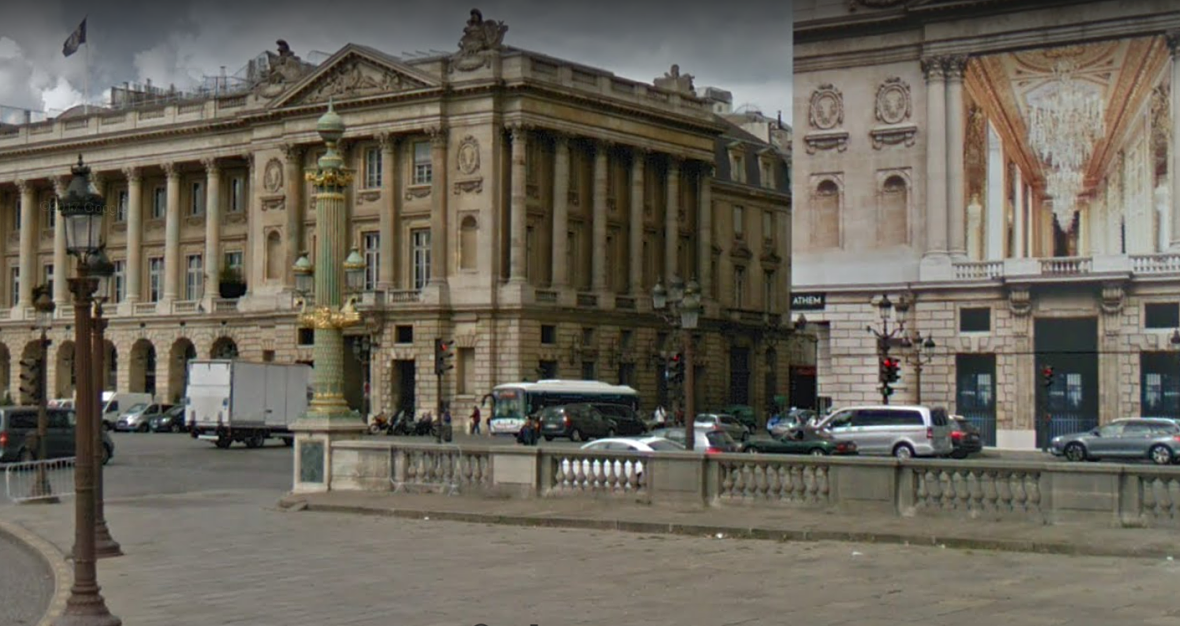 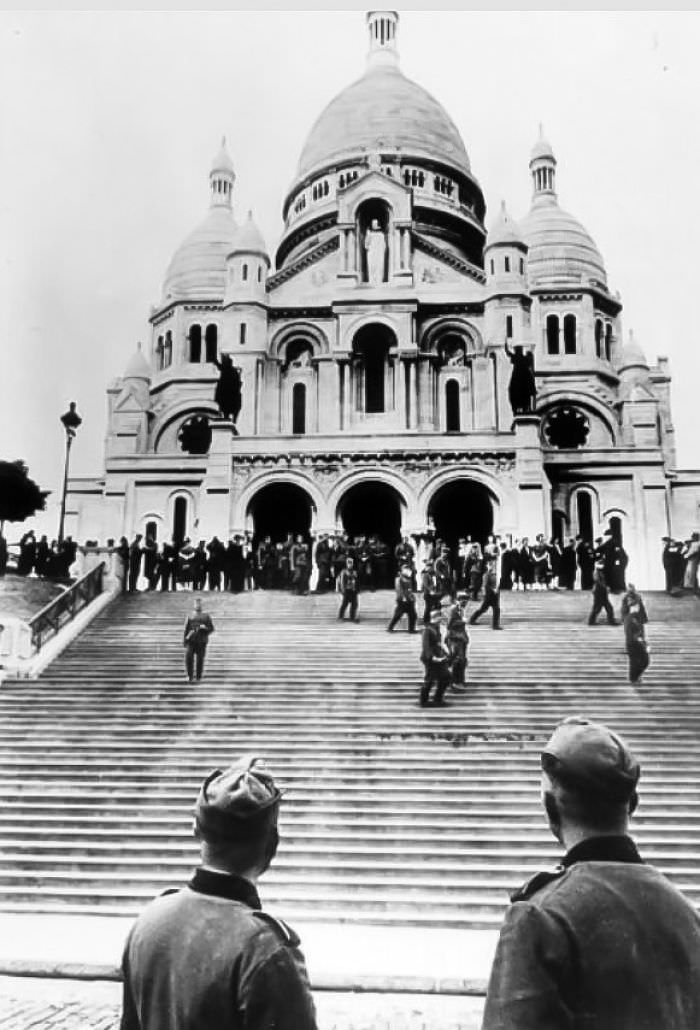 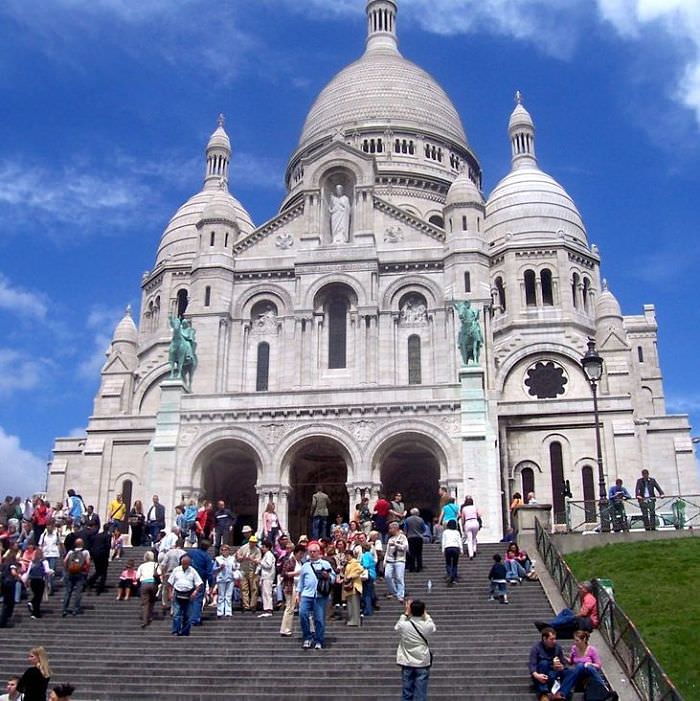 The internment of Japanese Americans in the United States during World War II was the forced relocation and incarceration in camps in the
western interior of the country of between 110,000 and 120,000 people of Japanese ancestry, most of whom lived on the Pacific coast. 62
percent of the internees were United States citizens. These actions were ordered by President Franklin D. Roosevelt shortly after Imperial
Japan's attack on Pearl Harbor. [Wikipedia]

Here we see buses lining up at 23rd Street and Vermont Avenue, Los Angeles, on 30 April, 1942, to carry people of Japanese ancestry to the
internment camp at Santa Anita racetrack. This photo was published in the 1 May, 1942, Los Angeles Times.

And the same spot today. 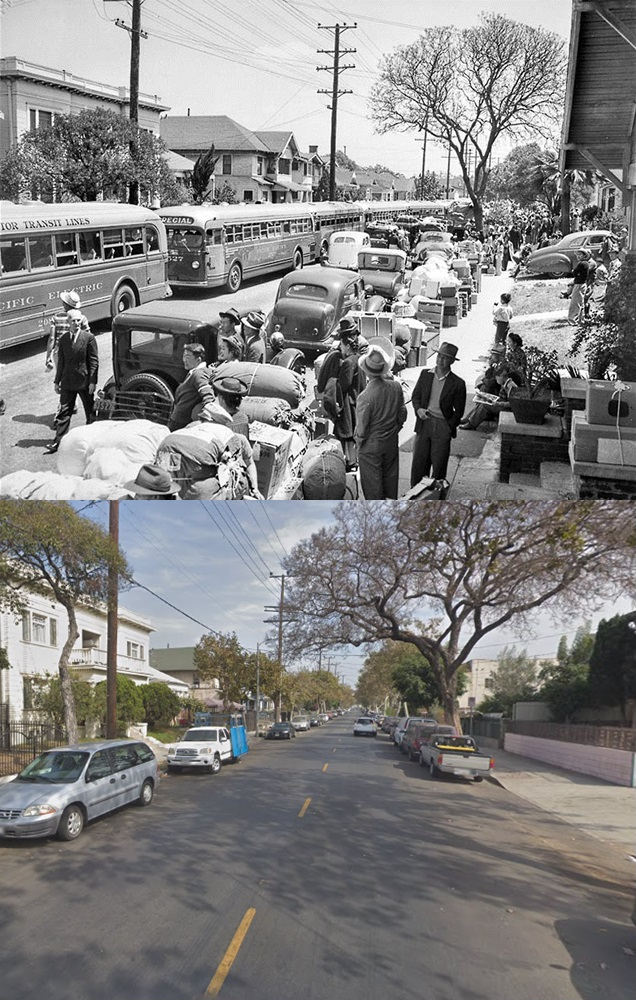 Maintenance of the thread.
A couple of lost images were deleted since the last cleaning.
M 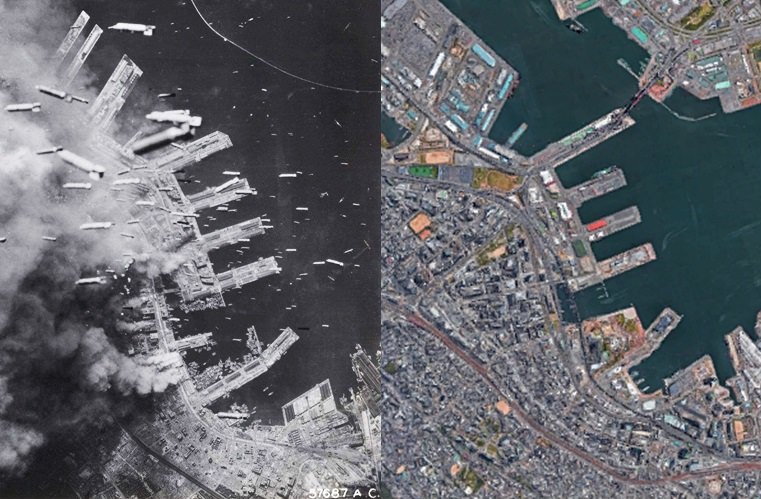 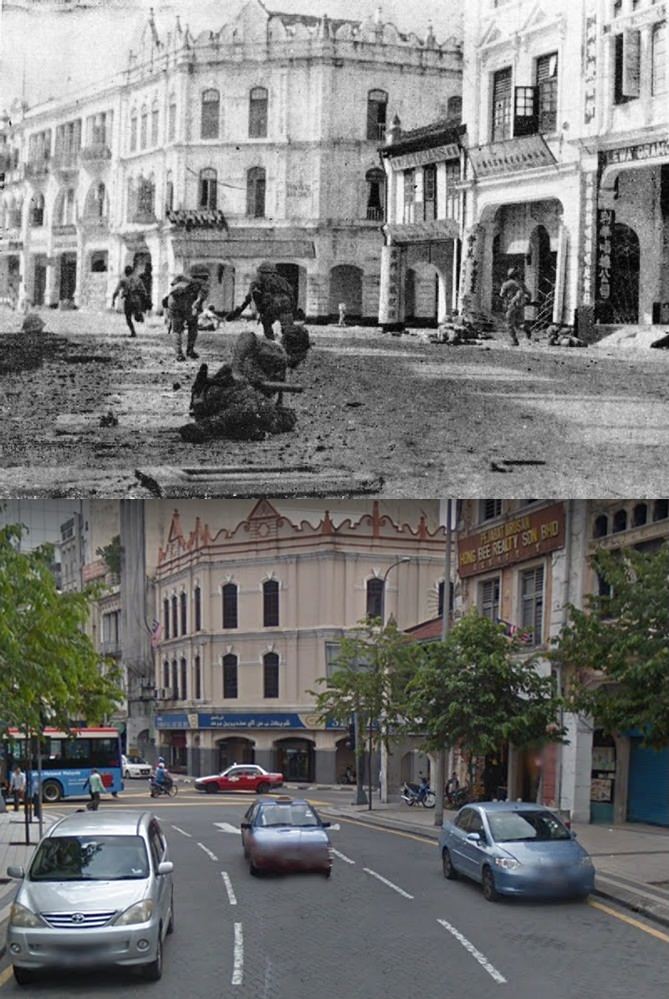 The hospital on Corregidor Island bombed during the Battle of Corregidor, 5 - 6 May, 1942. 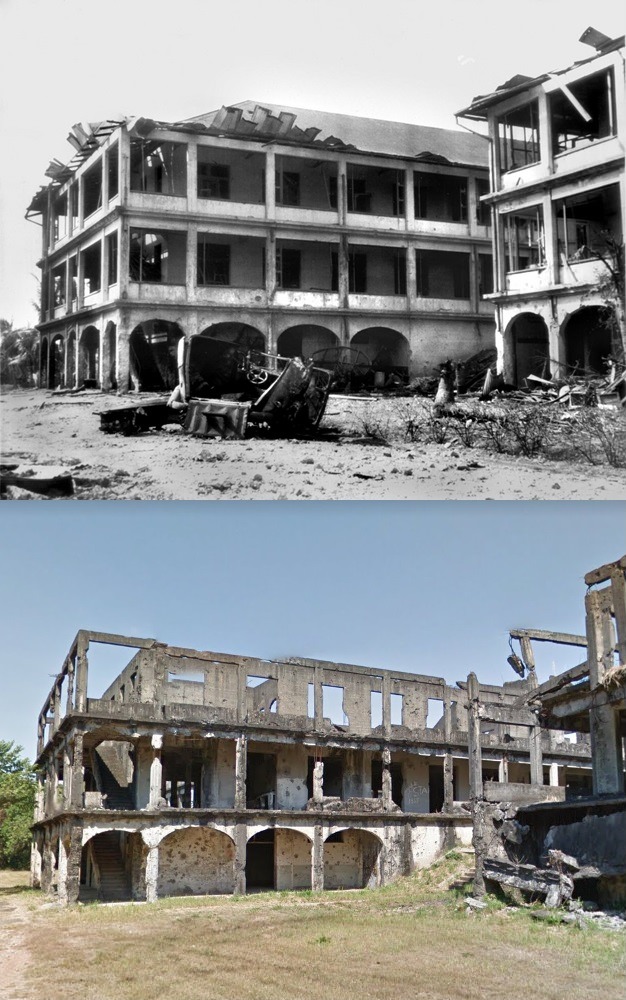 They did get the debris out of the yard. That's a start I guess. 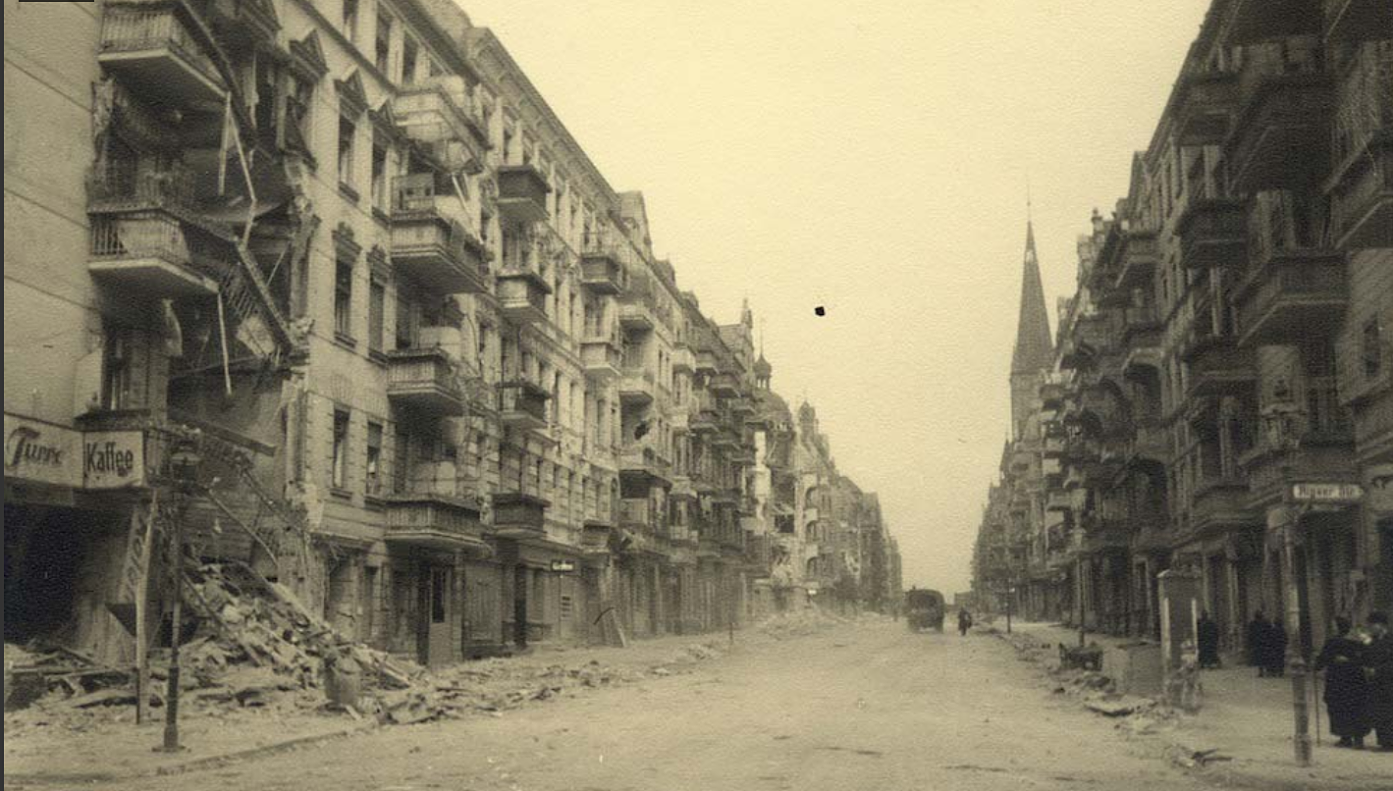 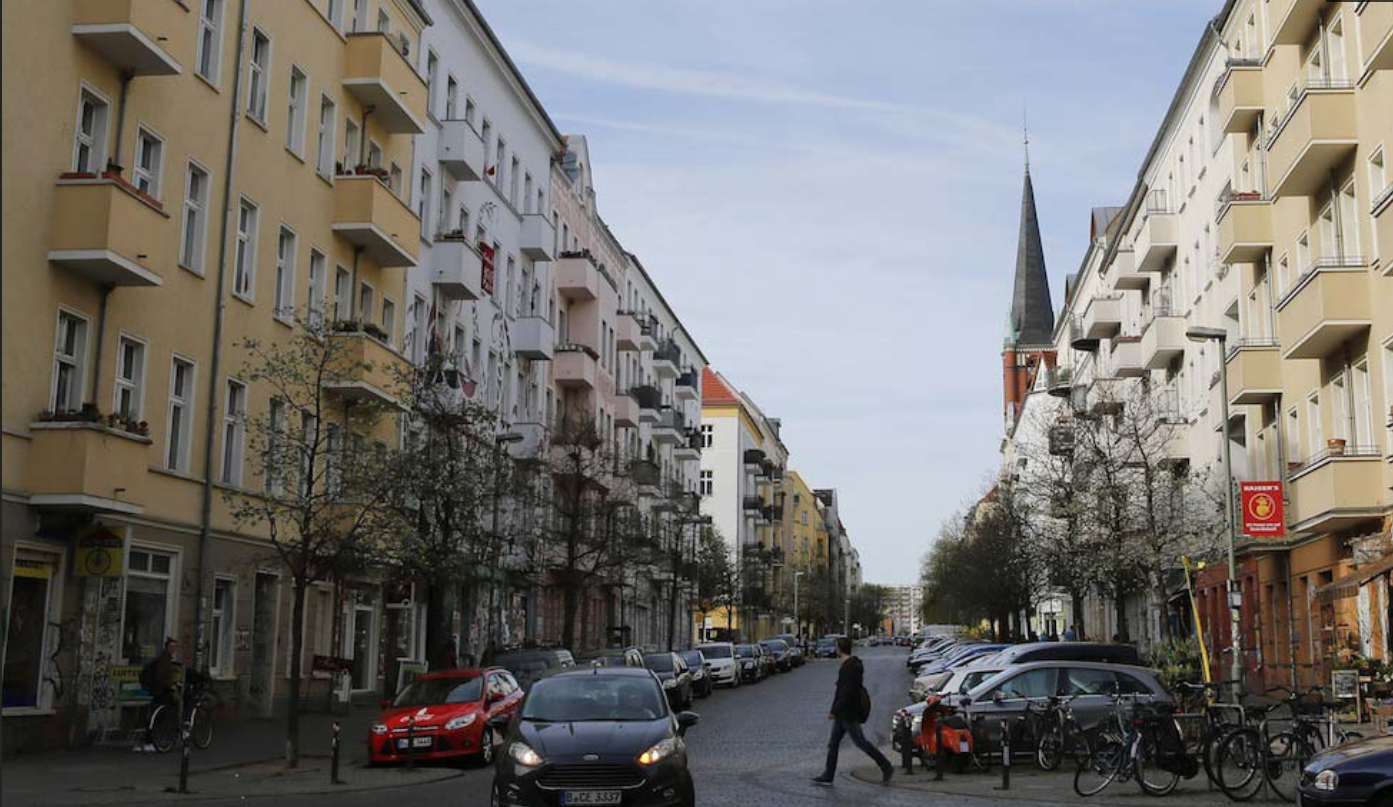 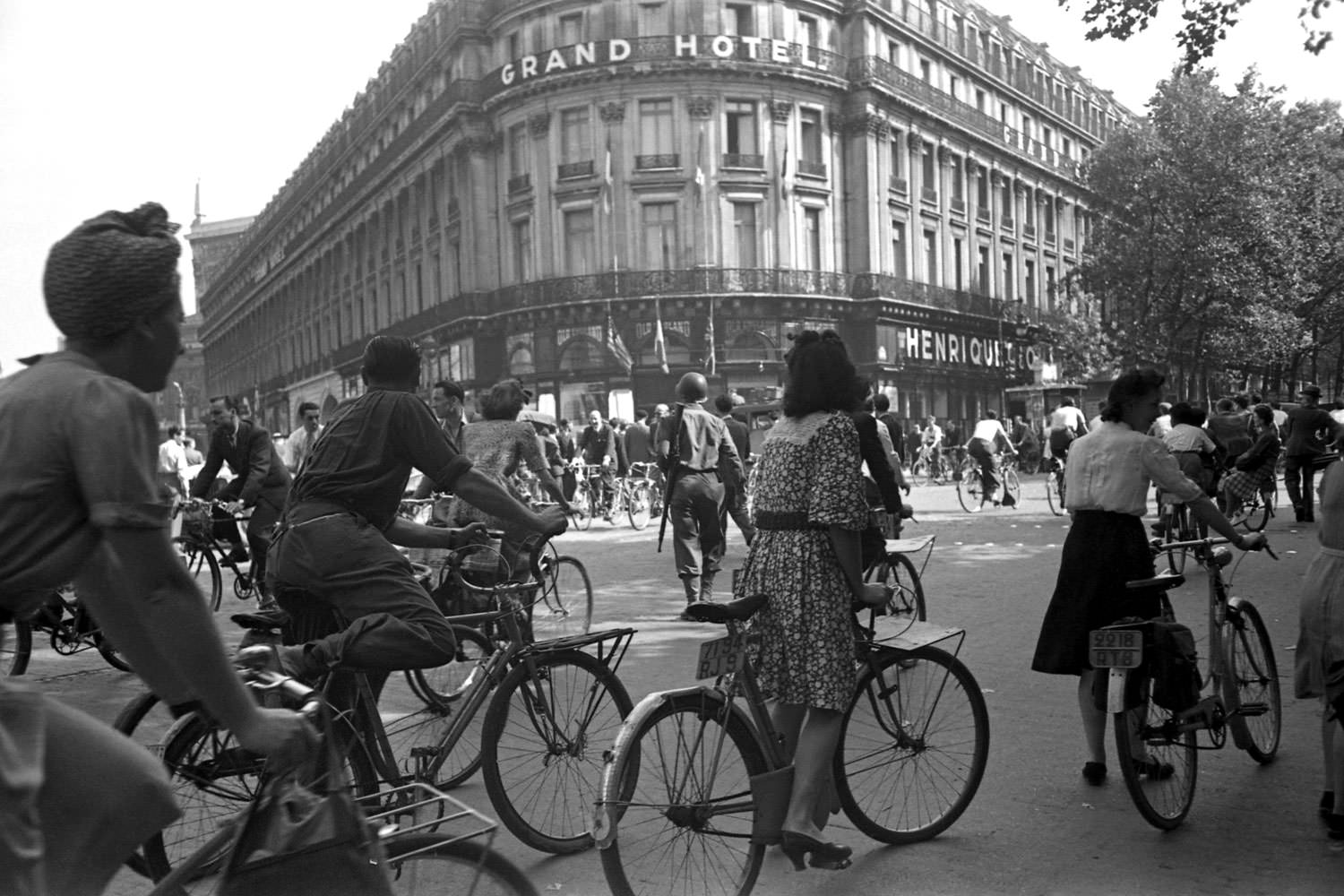 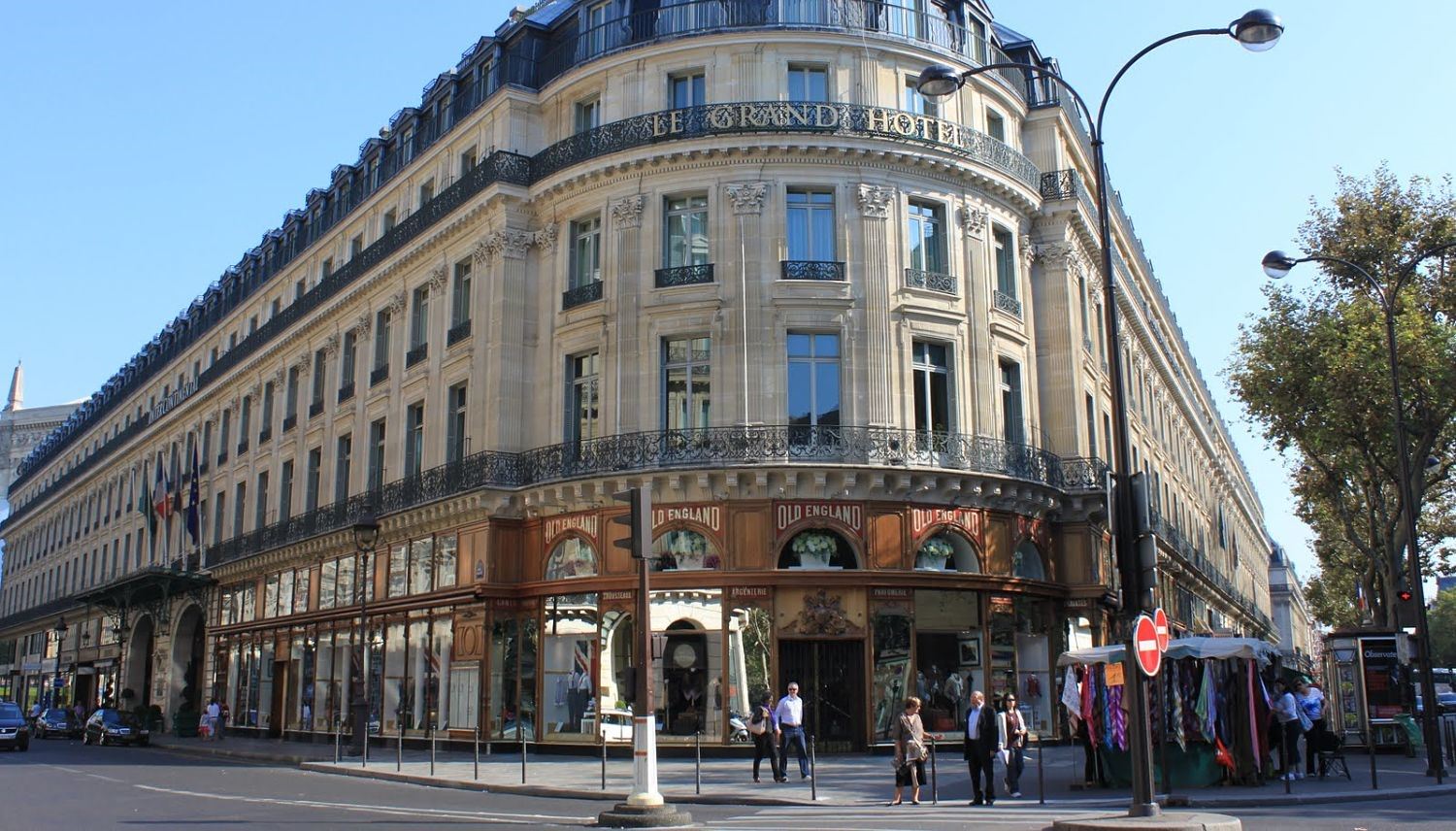 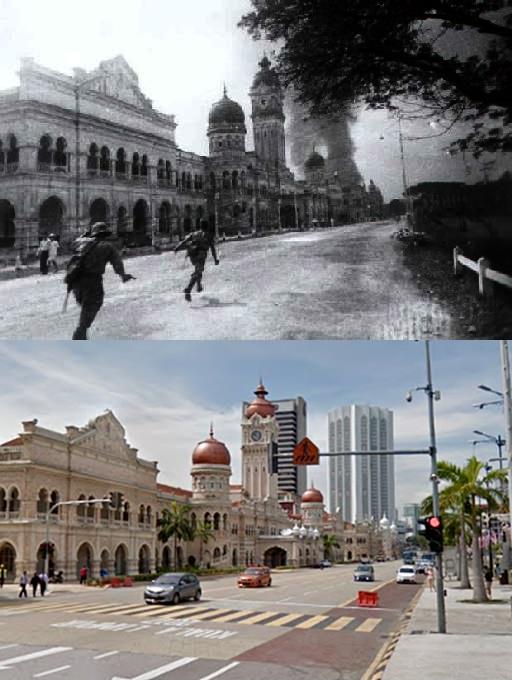 Japanese soldiers parading through Fullerton Square, Singapore, during the occupation of 1942 to 1945. And the same spot today [with a few palm trees]. 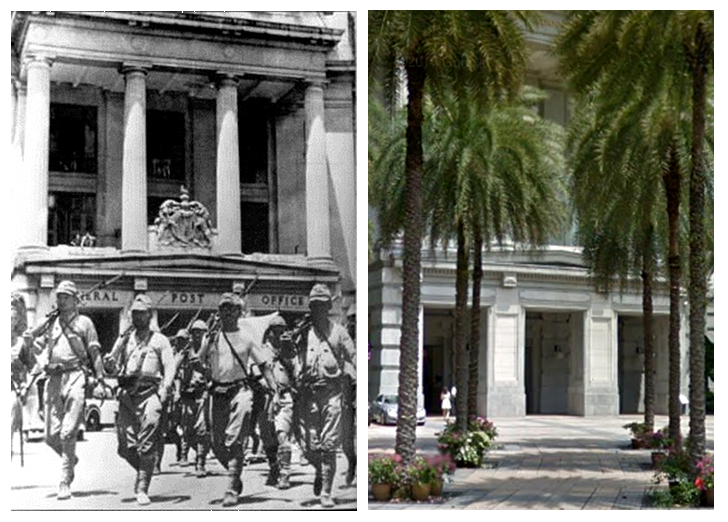 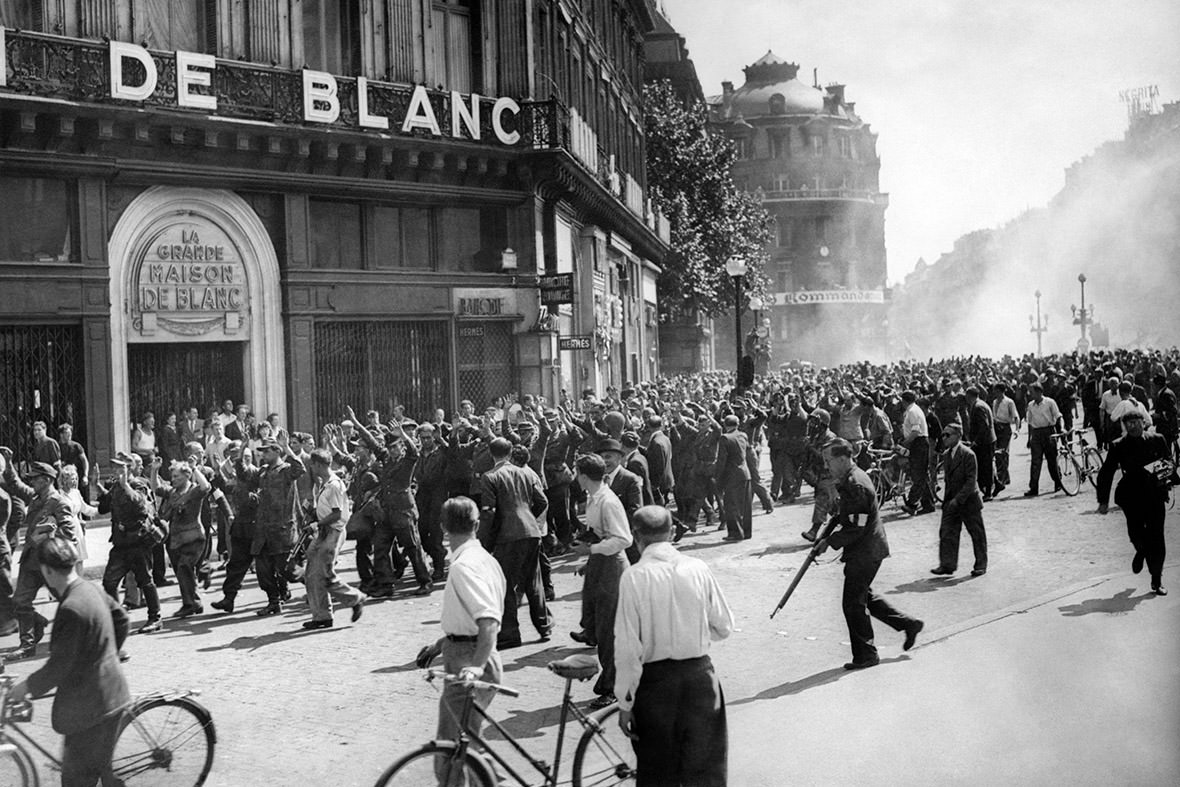 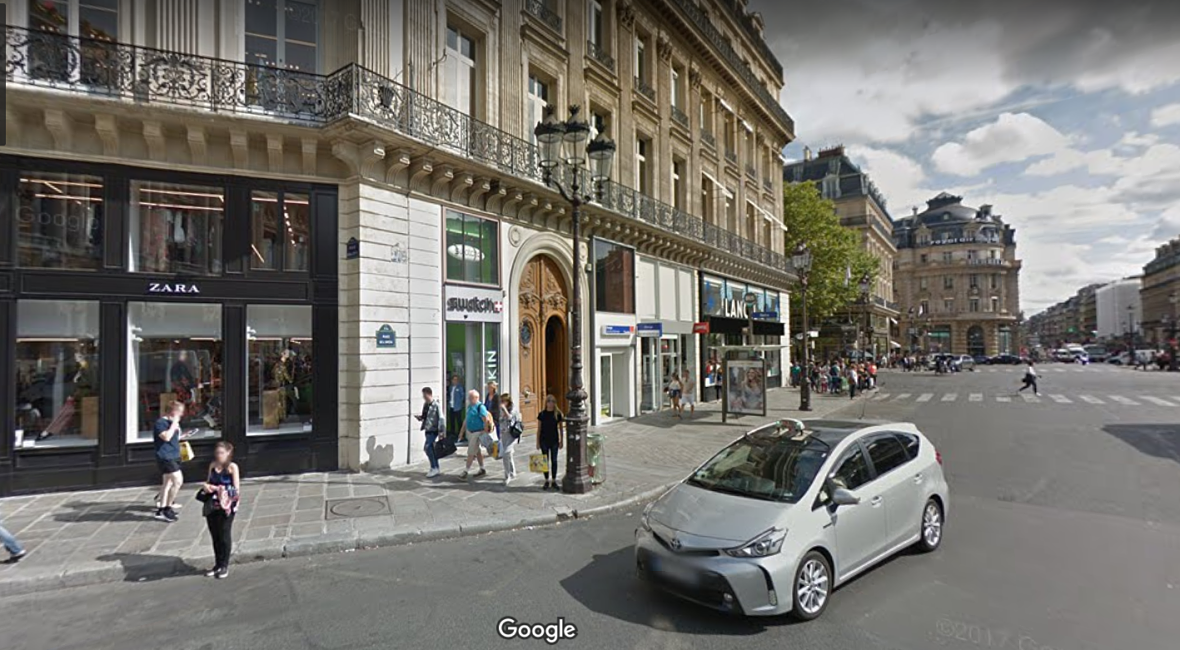 February 1945. An M4 Sherman breaches the gates of Fort Santiago in the Battle of Manila, the Philippines. 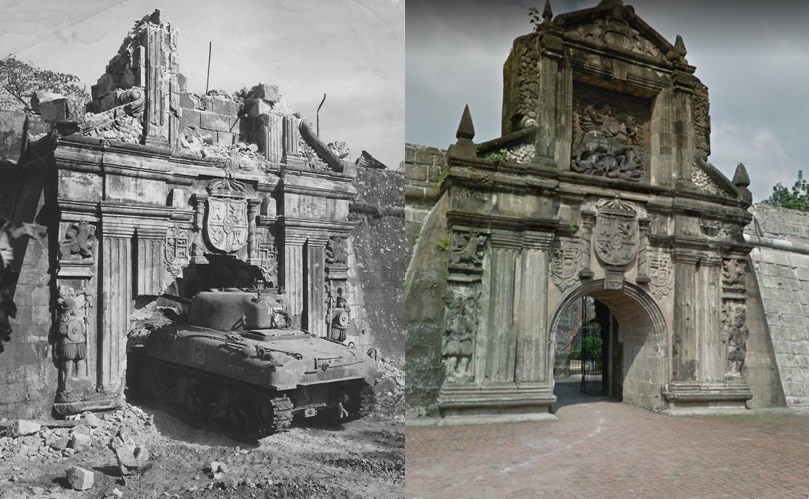 1940, In Langemark, Belgium, Hitler visit the German cemetery of soldiers that died during the WW One.

The U.S. military unleashes it's fury on Iejima as part of the Okinawa campaign of 1 April - 22 June, 1945. The pictures are from NHK World documentary, The Battle of Okinawa. 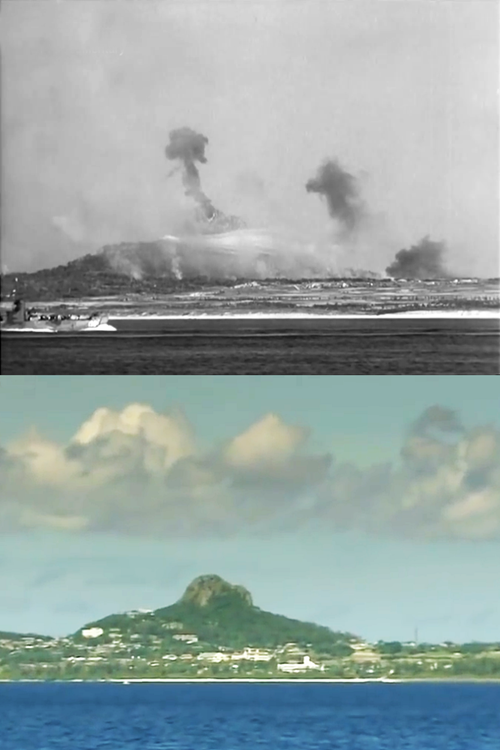 British soldiers in front of the ruins of Eglise Saint Pierre, Caen, 1944. 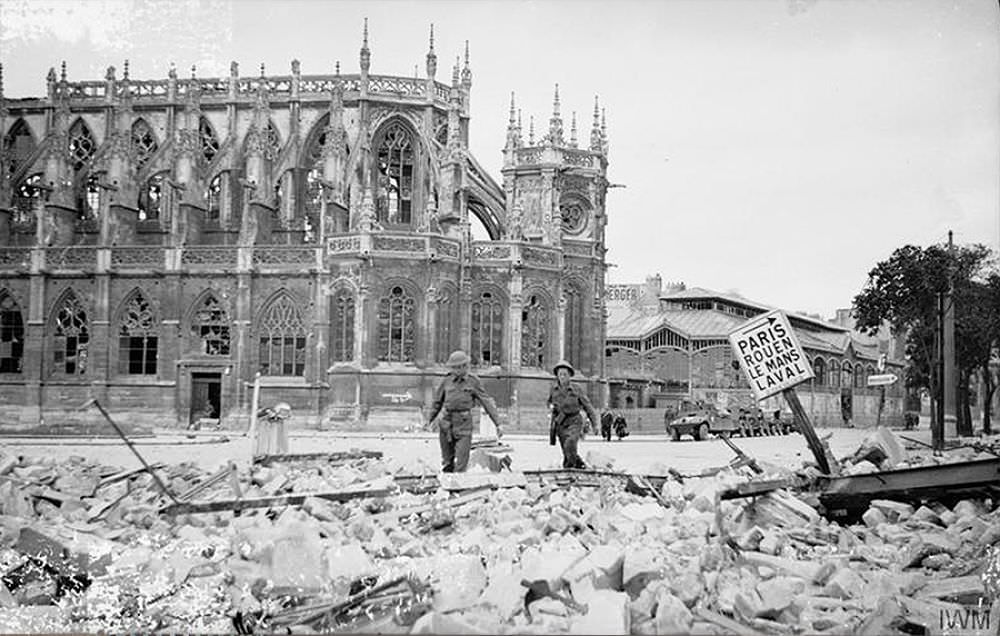 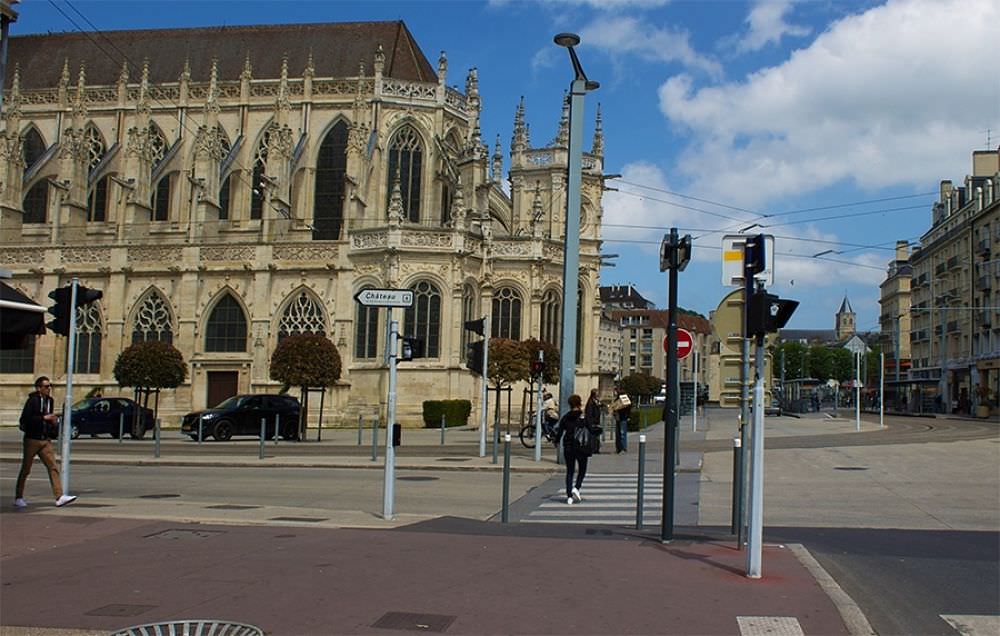 U.S. Marines shelter behind the walls of Shuri Castle, Okinawa, 1945.

In 1945, during the Battle of Okinawa, the castle was almost completely destroyed. Beginning in 1992, the central citadel and walls were largely reconstructed on the original site based on historical records, photographs, and memory. [Wiki] 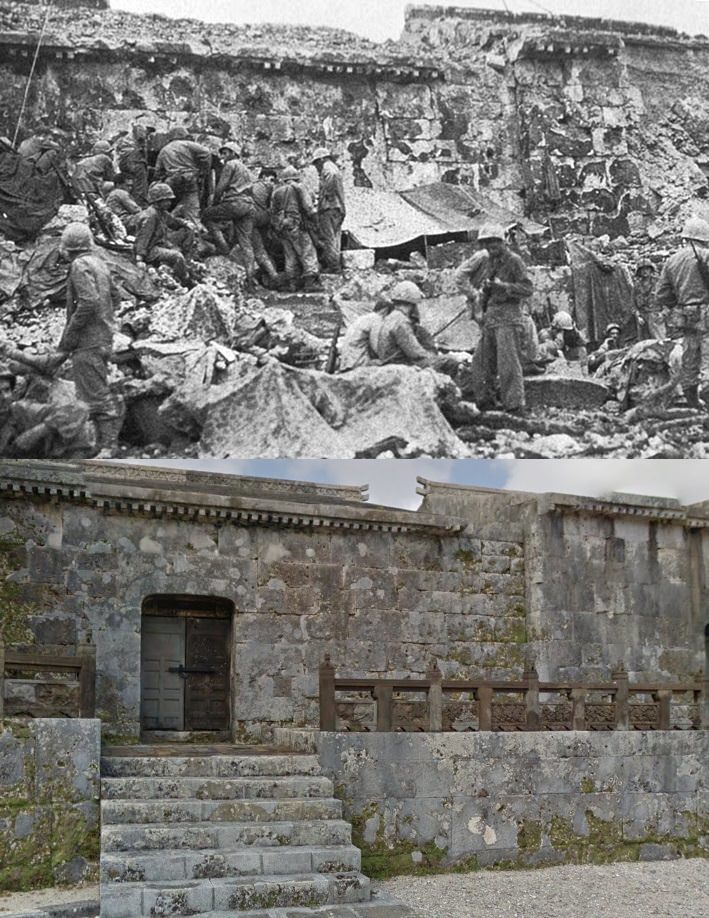 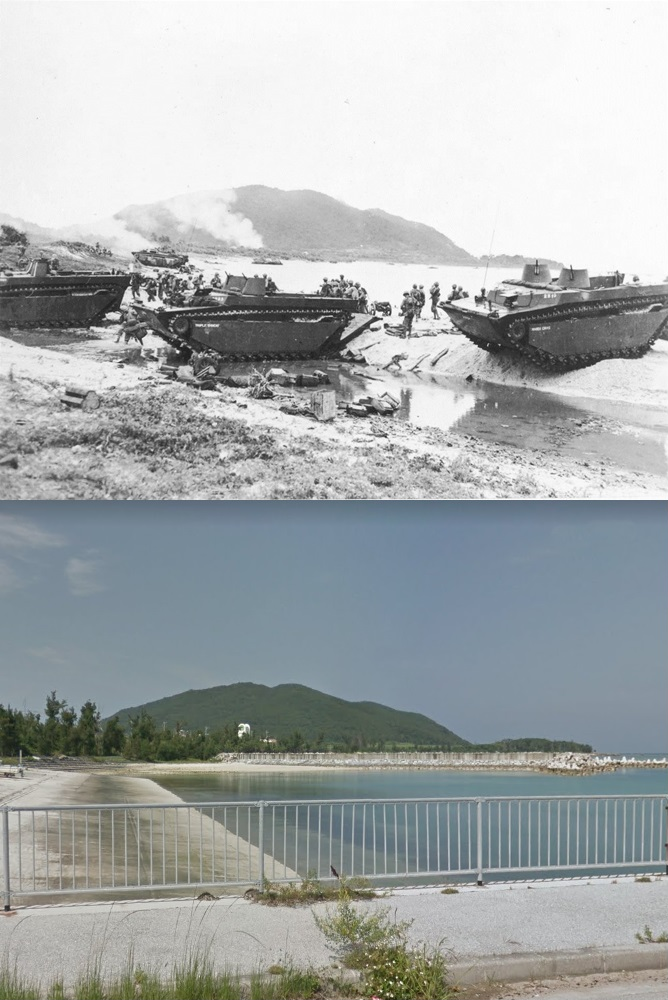