Amsterdam, two in one.- 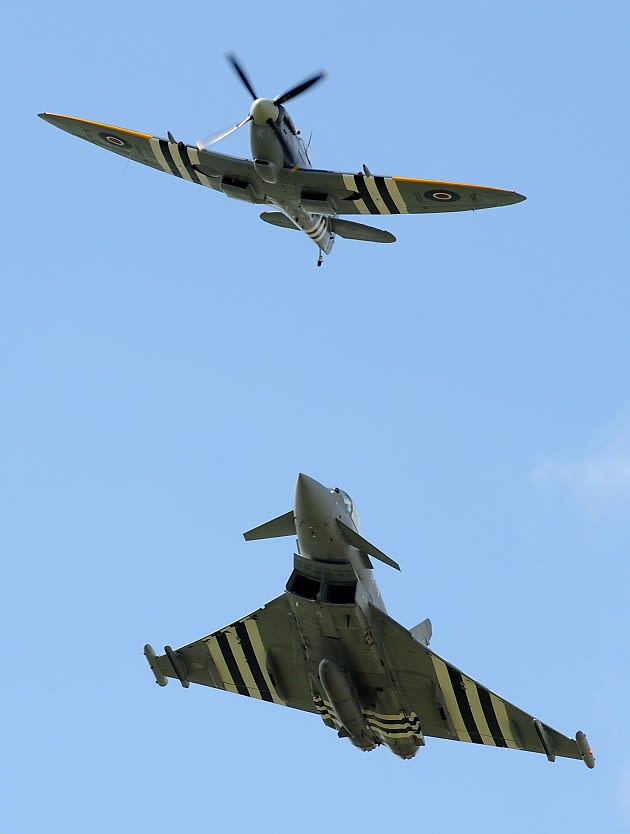 from Ghosts of History FB

New Westminster, Canada, 1940. ‘Wait For Me, Daddy, was taken by Claude Dettloff, a photographer for the Vancouver Daily Province. The photograph became one of the most famous images in Canadian history.’

SS-Sturmmann Otto Funk of the 15. (Aufklärungs ) Kompanie/ SS-Panzergrenadier-Regiment 25, photographed after an assault, near Rots. They were to follow up the attack at Norrey-en-Bessin on June 9, 1944. Also seen in the middle is SS-Grenadier Klaus Schuh, who would be killed on June 26, 1944.
Otto Funk kept on fighting until the end of the war, when he was captured by the U.S. Forces. He was born on June 6, 1926 and would pass away on sept 11, 2011.

On March 9, 1945, american warplanes launched a huge firebomb campaign against Japan by dropping 2,000 tonnes of explosives over Tokyo. The raids targeted a 16 square mile area across the Japanese capital, killing 104,500 civilians, making it the deadliest conventional air raid ever.

Dresden - Germany, the ruins at Theaterplatz in 1946, and Theaterplatz on 7 February, 2015, including the Catholic Hofkirche church and Residenzschloss Dresden palace.

@Louis I love these pics! Keep it up.

@Louis I really enjoy these pictures also. Where do you find them?

fabishd said:
@Louis I really enjoy these pictures also. Where do you find them?
Click to expand...

Internet.
Most are already predesigned
Others, if I find a particular place, try to find another current photo of the same place respecting the angle at which the above was obtained.

The Olympic Stadium, Berlin, in a reconnaissance photograph taken by the RAF on March 14, 1941.

After the WW2, proceedings against the major war criminals were instituted in Berlin on October 18, 1945, with the Tribunal’s receipt of the indictments. The defendants were 24 high-ranking representatives of the Nazi regime, along with seven organizations. The trials themselves were held in the Jury Courtroom, also known as “Courtroom 600,” at the Palace of Justice in Nuremberg.

The gutted Hiroshima Prefectural Industrial Promotion Hall – now known as the A-Bomb Dome or the Hiroshima Peace Memorial – after the bombing on 6 Aug. 1945, and the same location near Aioi Bridge in 2015.