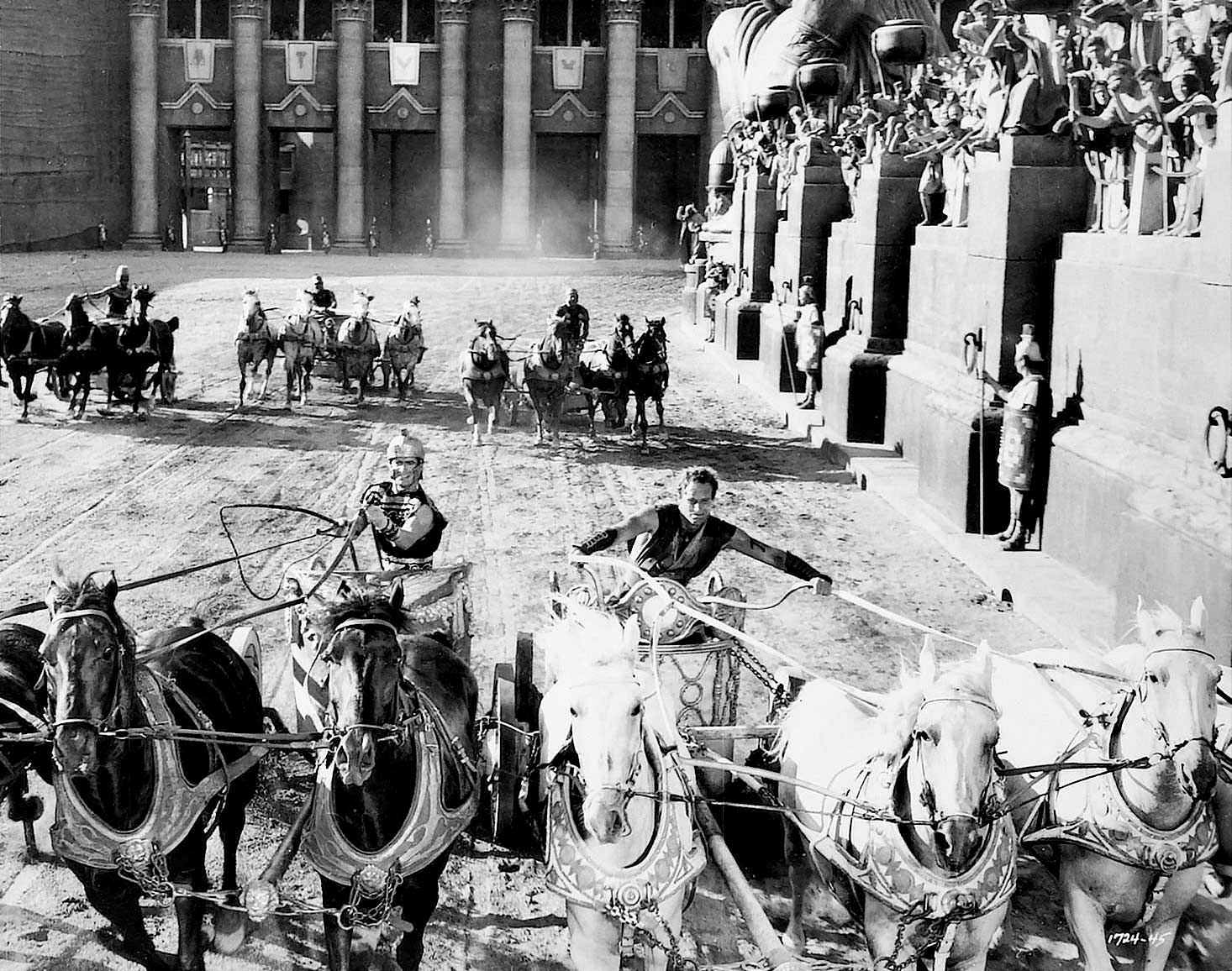 Just noticed the legionary standing in front right against the wall -- his helmet is way too small -- I guess one size fits all from the costume department. Lucius Fatheadus.

It (the race) is certainly worth watching again while realizing it was done pre-CGI. And, IMHO, the original Ben Hur is soo much better than the recent remake its worth watching even if you've already seen the remake as the movie length provides a lot more flesh to the story line.

IIRC, shortly after the movie was released the story going around is that the famous scene where the charioteer is tossed waay into the air and subsequently trampled by the following chariot resulted in the stunt man's death. Maybe not true, but I can believe it as that scene remains clear in my memory to this day!

If you want to do your own chariot racing there is always this: https://store.steampowered.com/app/297760/Qvadriga/ It is a terrific little "beer & pretzels" game although damned tough to keep your men and horses upright.

Other illustration of Carthage being destroyed in the third Punic War (149-146 a. C.)

A Roman tourist ship along the Rhine river
I read this ship is an exact replica of a Roman river warship of late antiquity. And this ship was used on the Rhine to defend against the Germans. In the middle of the 3rd Century AD, after the Limes were overrun, the Romans withdrew behind the Rhine & Danube rivers. This new line effectively became the demarcation line between the Roman Empire & the free Germania. 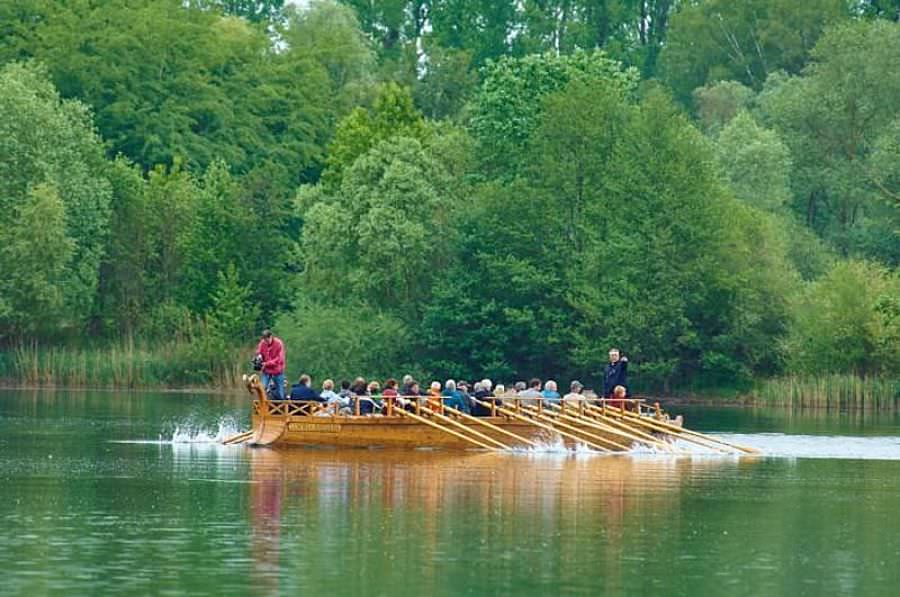 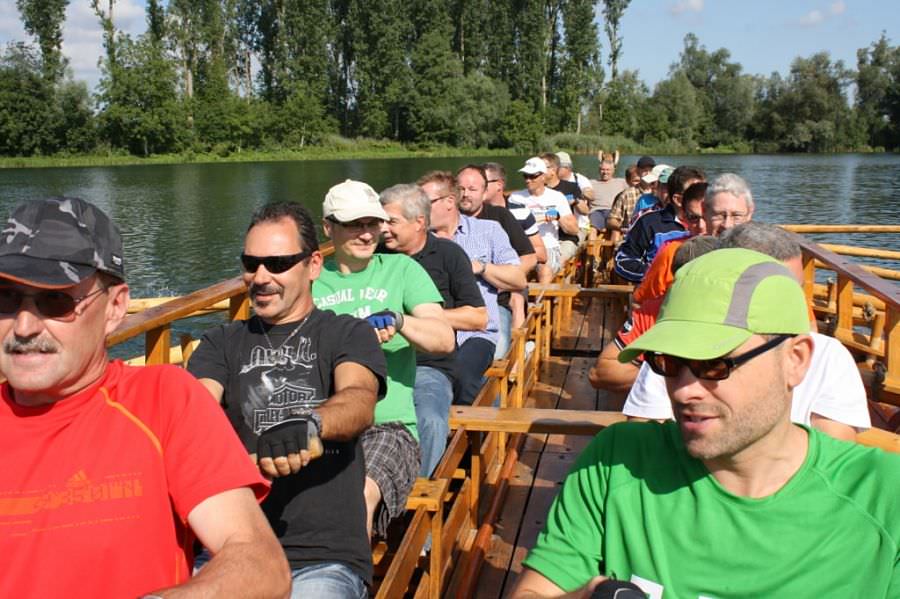