This russian planes, a MiG-3 with a Yak-7, fly by as crippled Ju-88 plummets toward the ground.

Armourer loads bomb in the IL-2. 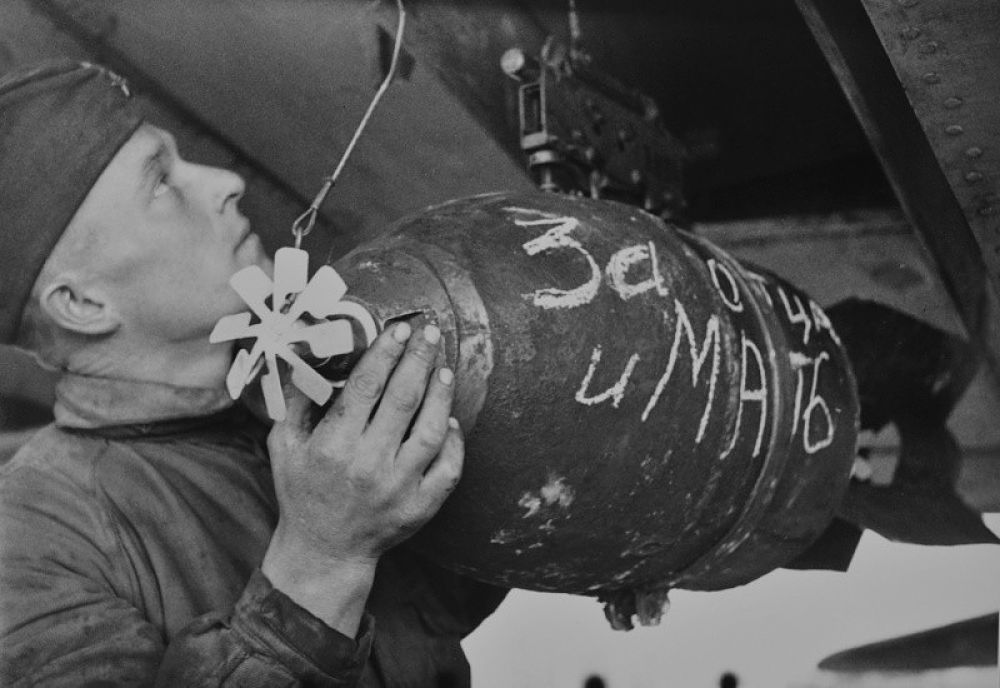 The Il-2 type aircraft is the single most produced military aircraft design in all of aviation history.

The brawny Il-2 holds a special place in the hearts of the Russian people as the tank-killing machine that helped push the Germans out of the Soviet Union.
The Il-2 operated close to the ground, attacking enemy tanks, trucks, and troops near the front line. The job was dangerous and though the IL-2 was heavily armored, many of the planes were lost in battle. As Germany threatened western Russia, Soviet factories moved east, to ensure new Shturmoviks arrived to take the place of recent casualties.
The enemy called the plane “Black Death” or "Betonvogel" (loosely, the Concrete Bird). Soviet pilots lovingly named the plane "Ilyusha.” To the Soviet soldiers, the Il-2 was "the Winged Tank" or, perhaps most endearingly of all, "the Flying Infantryman." 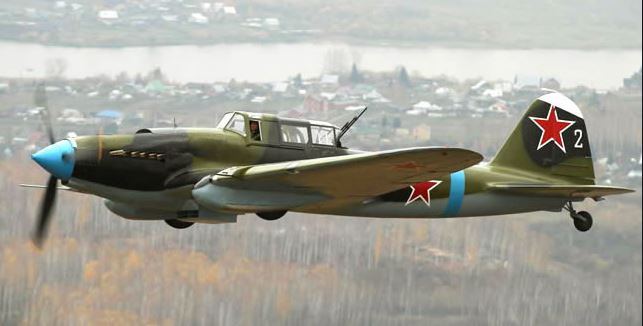