The Char d'Assaut (Assault Tank) Schneider CA1 was France's first production tank and, like the first tanks of other countries, it was a basic box shape on top of an American tractor, in this case the popular Holt. Still, despite being a basic box, this French tank does show a little more grace in its design than, say, Little Willie or the A7V, by having a pointed nose with a girder attached to rip away at barbed wire. It also had two little skids at the back to help it cross ditches and trenches.

The Char d'Assaut Schneider CA1 was designed by Eugene Brille of the Schneider Company. It weighed 13 tons and had a top speed of 5 mph (8 kph) with a crew of seven.

Char d’Assaut Schneider CA1 Heavy TankThe Schneider CA1 first saw action on April 16 1917, when 132 went into battle at Berry-au-Bac in eight companies and two columns. As with all early tanks, because of their slow movement, they were prey to enemy artillery which, in this case, destroyed 57 of the 76 that were lost. Also, like many early WWI tanks, they had poorly protected fuel tanks so would often explode under enemy fire. Later production models were fitted with better fuel protection and ventilation of the roof, but they were still prone to German "K" anti-tank bullets which caused all kinds of mayhem for the people inside the tanks when the bullets penetrated the armor, spraying shrapnel and molten lead inside the cabin.

An experimental Schneider CA2 version with a 1.85in (47mm) turret gun was built, but it never left the design stage to become a production tank. One of two Hotchkiss M1814 machine guns inside the Schneider tank. 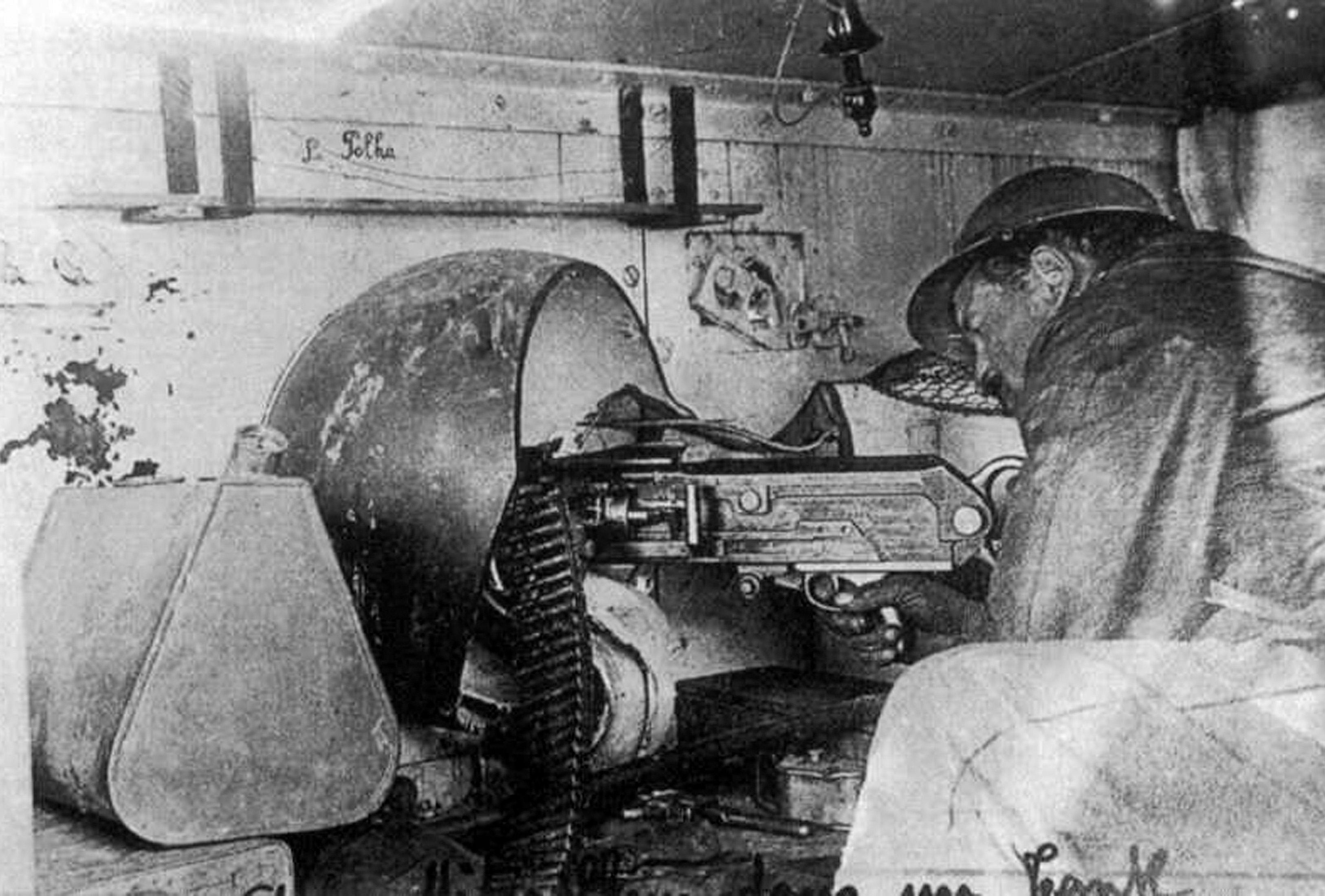