Sergeant Stubby - The most decorated war dog of WW1

Sergeant Stubby (1916 – March 16, 1926) was a dog who was the official mascot of the 102nd Infantry Regiment (United States), assigned to the 26th (Yankee) Division. He served for 18 months and participated in seventeen battles on the Western Front. Stubby has been called the most decorated war dog of World War I and the only dog to be nominated for rank and then promoted to sergeant through combat.

Stubby was found wandering the grounds of the Yale University campus in New Haven, Connecticut in July 1917 while members of the 102nd Infantry were training. The dog hung around as the men drilled and one soldier, Corporal Robert Conroy, developed a fondness for the dog. When it came time for the outfit to ship out, Conroy hid Stubby on board the troop ship. Upon discovery by Conroy's commanding officer, Stubby saluted him as he had been trained to in camp, and the commanding officer allowed the dog to stay on board.

He entered combat on February 5, 1918 at Chemin des Dames, north of Soissons, and was under constant fire, day and night for over a month.

On the front was able to improve morale, learned to warn his unit of poison gas attacks (even had his own gas mask), located wounded soldiers in no man's land, and — since he could hear the whine of incoming artillery shells before humans could — became very adept at letting his unit know when to duck for cover. He was wounded several times.

He was solely responsible for capturing a German spy in the Argonne (by holding him on his underwear ).

After returning home, Stubby became a celebrity and marched in, and normally led many parades across the country. He met Presidents Woodrow Wilson, Calvin Coolidge, and Warren G. Harding. In 1921 General John J. Pershing presented a gold medal from the Humane Education Society to Stubby.

In 1926, Stubby passed away in his sleep and received an obituary in the New York Times.

During a ceremony held on Armistice Day in 2006, a brick was placed in the Walk of Honor at the Liberty Memorial in Kansas City to commemorate Sergeant Stubby. 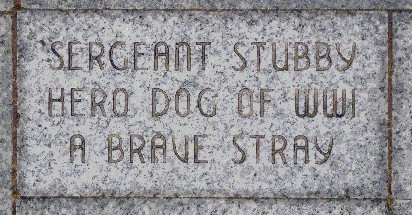 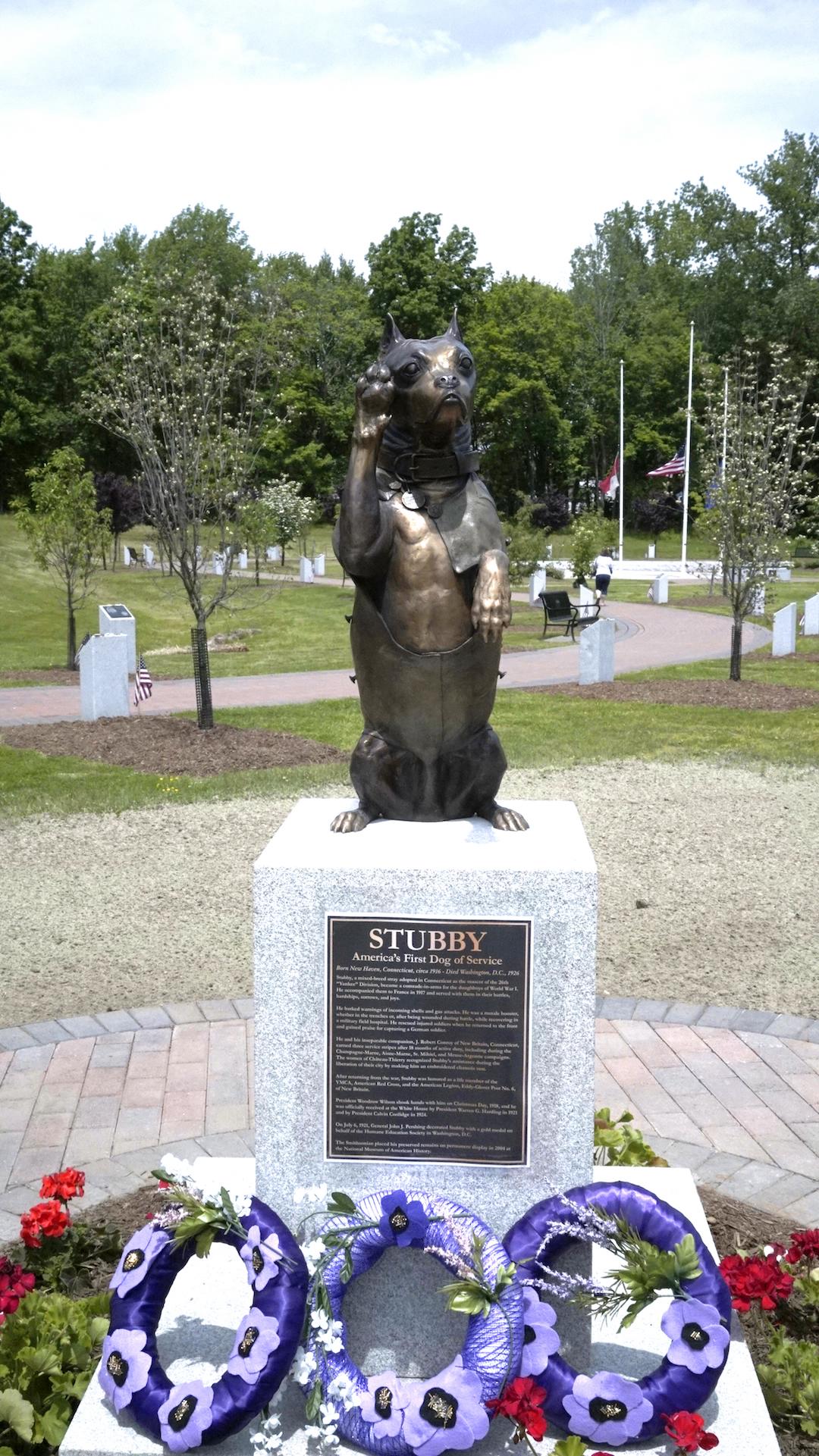