I remember reading in the PC Gamer magazine many moons ago were some guy was playing Silent Hunter 1 in real time, sitting in front of his computer for two weeks until he made contact with an enemy convoy.

Did he not know there is a time compression option?

He wanted the whole realistic experience...and a divorce.

HOA_KSOP said:
Did he not know there is a time compression option?
Click to expand...

@mTk pretty much summed it up.

mTk said:
He wanted the whole realistic experience...and a divorce.
Click to expand...

Umm, he could have two weeks of screwing around and had a more enjoyable course to divorce than watching a game run for two weeks. That's just dog ass dumb.

Just imagine how it really was, sitting under water days at a time. What a way to fight a war.

I don't think a pre-snorkel submarine could keep itself underwater for over 12 hours without suffocating the crew, even theoretically.
That said, it's still a hot, noisy and cramped sardine can you have to share with fifty other people for months at a time. Not exactly a holiday cruise.

Definitely not for me. I imagine it takes a special personality type to do submarine service.
L

We hope that you had a great holiday.

The day has come when we can share the news about our development again. We did not disappear, we worked as usual. UBOOT is an integrated part of our existence lately

The game is getting more and more full of shape. As usual, we changed some old things that seemed to be good before, but in time with our experience increasing they had to evolve into better form. We have also added quite new things that we hope will appeal to you.

You must be impatient, so let's get to the point.

Conning Tower Upgrades
We've expanded our upgrades list with 5 conning towers. These are shipped with extra AA guns at no charge. 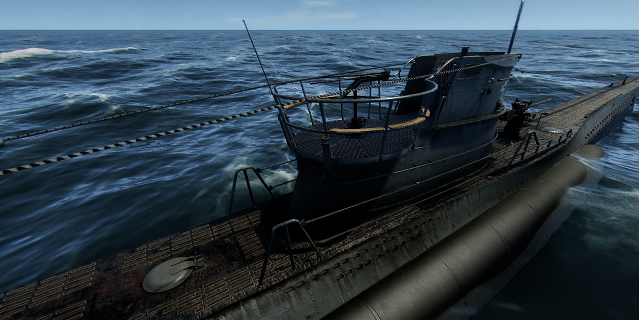 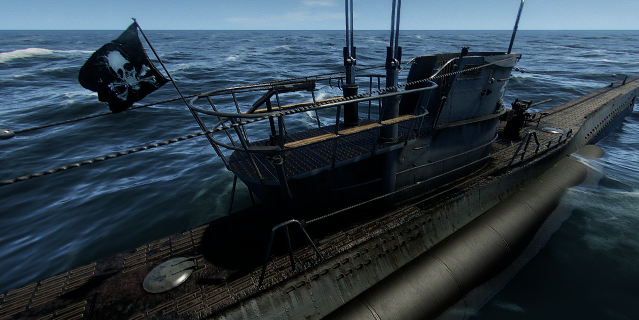 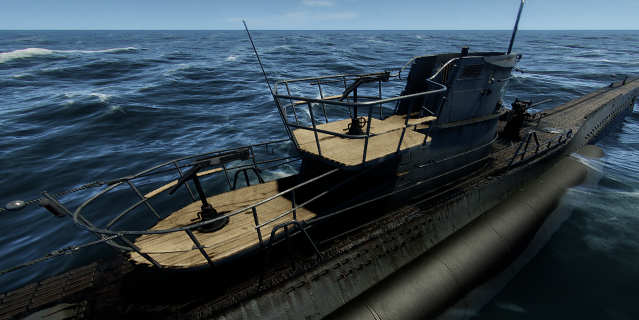 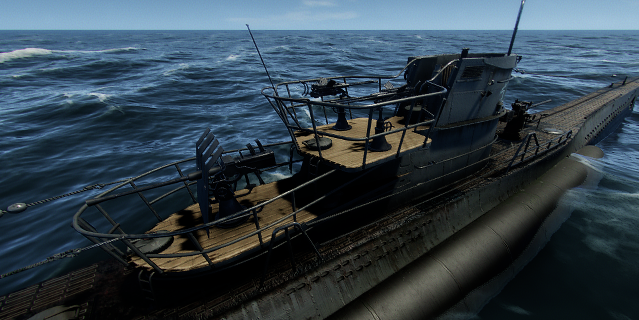 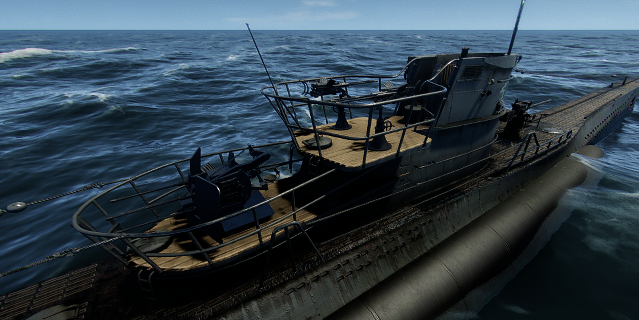 Hydrophone
In our quest to let the player manually control as many devices on the boat as possible (if he wants to), we've implemented manual hydrophone in UBOOT. It's a pretty realistic implementation that allows for adjusting the listening frequency and accounts for the variable sound frequency diffusion in the water.

Along with the hydrophone, we had to upgrade the audio system in UBOOT to make distant sounds be more realistic and behave correctly under water. That adds extra immersion and it was necessary to make the hydrophone right.

Animations
We have been working hard on our animations lately. There are tens of new animations for the crew to make the boat more lively and convincing. We're still not done yet, but it's a major improvement. Some of them include: 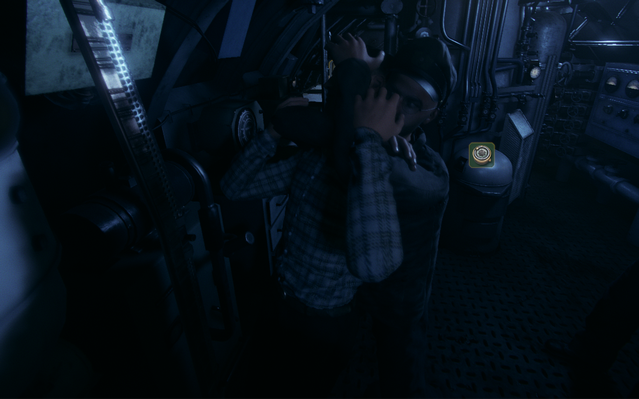 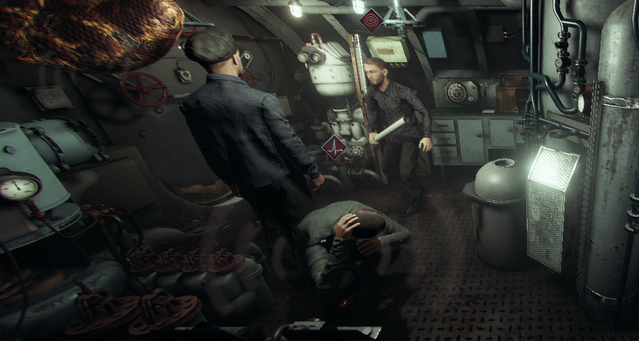 It's a bug or feature.. I really don't know!

Detection
WW2 subsim games are all about sneaking and hiding and our detection mechanics had to evolve appropriately. From now on there are 7 detection mechanisms: visual, passive sound, active sound, radar, radar detector, radio and information (from HQ or other allies). Most of them can be either direct or indirect.

Indirect detection in UBOOT means that specific objects in group cannot be distinguished. Your crew may spot a smoke at the horizon or just hear some distant group on the hydrophone. What you know is that there is a group of something out there and depending on the detection method you may know, if these are ships or airplanes, estimate the size of the group, its position and even speed.

In general there are many factors affecting the detection chance. Some examples of factors that are implemented in UBOOT: 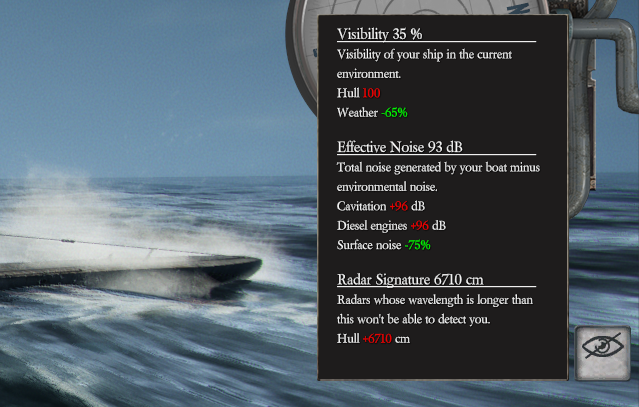 Most factors can be quickly reviewed in a detection notification tooltip.
As you can see now there are many factors for tactical minds to consider.

Meters
Meters around the boat had been massively improved to be historically accurate, easily readable and to have a high resolution textures. Friendly member of our community has kindly photographed for us U-995 meters from up close, so we will probably improve them a bit further, if there is something wrong.

We've started scripting these meters to make them indicate correct values. This process will probably be finished for our next update. 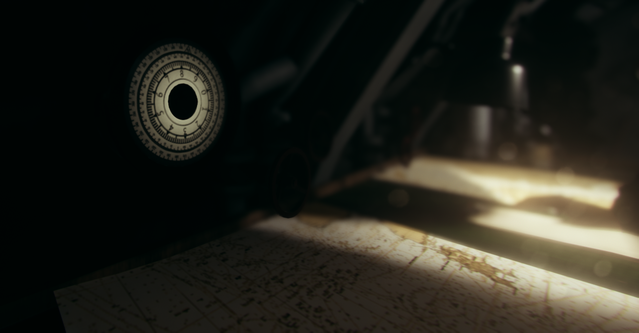 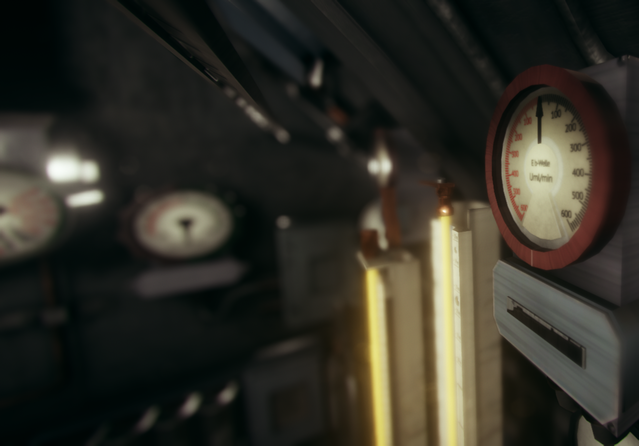 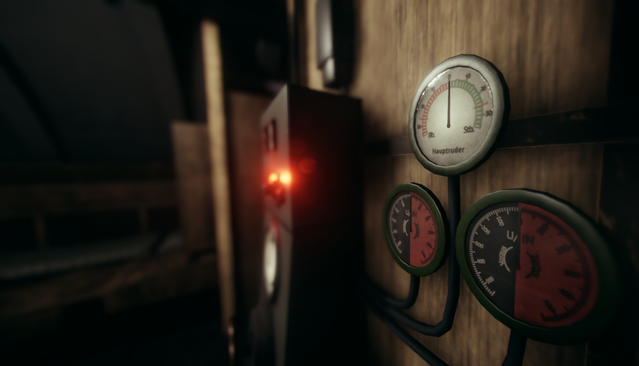 
Sailors
From now on you can spot living crew on other ships too. In case of danger they evacuate the ship on pontoons.

That's still an early work in progress, but you can see it on the video.

Subsurface scattering
To make the crew more lively and convincing we've implemented screen-space subsurface scattering into UBOOT. It's a technique that tries to simulate the realistic light propagation in human skin. We did our best to keep the implementation fast and reasonable as many SSS techniques are widely known performance killers.

Better atmospheric scattering
If one would compare our newest video with any of the older ones, we're sure that the atmospheric effects improvement will be very apparent. Previously we've been using single ray scattering, but now we've implemented approximate multiple scattering. It improves the look of horizon, distant objects and fogs.

We felt that it's important for a game like this as the camera is always in the open space.

Notice that parts of the image covered by fog become blurry.


Environment objects and sea animals
It's a work in progress actually as our animals have their models and animations in production, but you can hear them on the hydrophone. We've used actual recordings kindly supplied by NOAA to make our underwater environment sound convincing. It adds a lot to the immersion when you pick these little guys on the hydrophone too, not just the propellers. Also.. swimming among them may help you stay undetected.

Besides that, icebergs are now generated in areas with cold climate. They may hide your boat or your enemies from the view and provide tactical advantage.

More ships
Our talented 3D artists are now working on a second batch of ship models. You can expect to see the results in the next update.

This time some freighters are going to join the party as currently we're still having just the Liberty in the game.

New effects
There are new effects in UBOOT:

You can see them in our new video. Let us know, if they are okay.

Note: new, tweaked bow waves can be seen only on the Flower corvette near the end of the video. 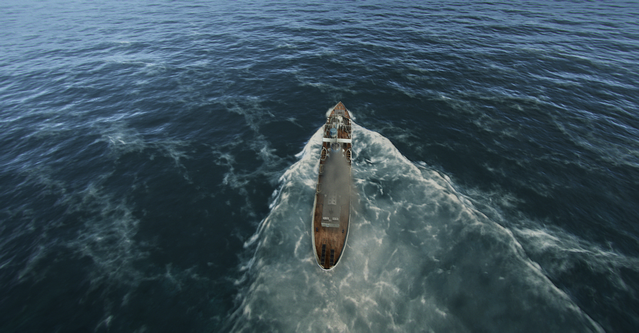 Periscopes and binocular
Previously only our attack periscope was manually useable. From now on also observation periscope and targeting sight on the conning tower can be used by the player.

Damage system improvements
Hulls of non playable ships are now composed of compartments too that are sealed by the crew when needed. Internally it's not a visual element, but math thing.

It's resultant effect is that ships now don't just sink vertically, but as their center of mass changes from the flooding water they may also rotate in many different ways like it's commonly seen on WW2 sinking ship photos. That also makes some parts of the ship more vulnerable than the others.

We've also added other improvements to our damage system like secondary explosions from torpedoes stored on the deck etc. 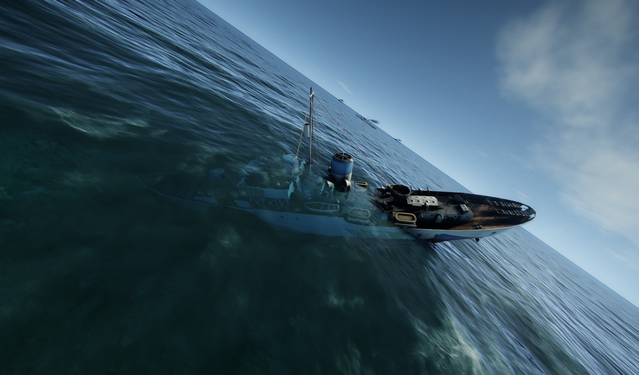 Diseases
Diseases now spread among your crew, especially in cold regions. It's a good idea to take antibiotics on the northern trips. 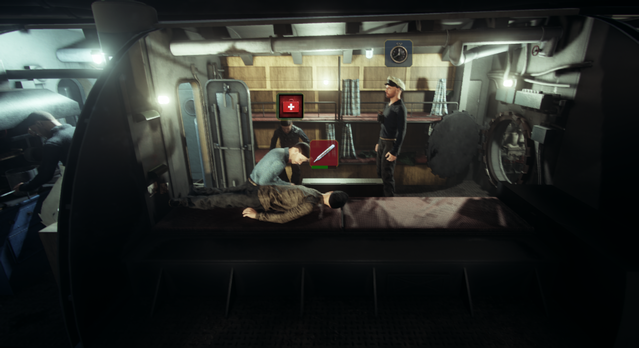 
Further sandbox experimentation
We are progressing further on our quest to add interesting long term gameplay elements into UBOOT. We always had an idea what we want, but still it's something new to the WW2 subsim genre and definitely requires taking one step at a time.. but we are getting there!

As many of you have pointed out, turning the wages of war seems like a great addition to the game and gives the player actual goals to pursue, but it's also pretty tricky when it comes to realism as you control just a single boat. We did our best to make it convincing and let the player choose the degree of this impact, but it still felt like half-measures.

We are currently working on a system of promoting your officers, including skippers, to the HQ. That's something that was happening in the history pretty often and that lets us expand player's reach. Only trained and experienced officers can take such path in their career. When they go to HQ they are still your people and you can assign them projects to work on. It's like a tech tree - using their influences they may support researching new technologies for the Kriegsmarine or Luftwaffe, complete engineering projects like the Goliath transmitter and support undergoing military operations.

We would love to hear some feedback about this as we are getting many great ideas from your comments. Kind thank you upfront!

Release date
We are not maniacal perfectionists and would really like to give that baby to the community as soon as possible, if for nothing else, just to earn something on our hard work. Our goal though is to make a good game that will stay around for years and we are still not at this point. Process to get there doesn't let us release a small game and expand it into a big thing - there aren't many cases like this in the gaming history.

In its current shape UBOOT is still not playable due to our far reaching design decisions. There are still lots of missing assets like animations, voices, icons and there are missing gameplay features too. Some of them are pretty basic stuff like AA guns not working and having just the Liberty to hunt on, while other are pretty complex issues to resolve.

There aren't any big risks for the production on the road, but we will have to test your patience. We are very thankful for your investment in our project and we keep doing what we believe is the best option to make UBOOT a successful project.

We definitely won't make it in 2017 and will keep you updated with each update how our progress is shaping. We still don't declare any specific date for many good reasons, but you can be sure that the release is going to happen as soon as that will be possible. As you can see, we are working very hard to make that happen and present many exciting additions to the game with each update.