The "Wind Wagon" was a 1915 British Admiralty experiment. Royal Naval Air Service squadrons were being withdrawn from the Western Front and sent to Africa and the Near East, where the terrain wasn't suited to conventional cars. The soft, sandy terrain trapped conventional cars, then propeller power was seen as a possible solution. Only one was made, it was only tested in England. 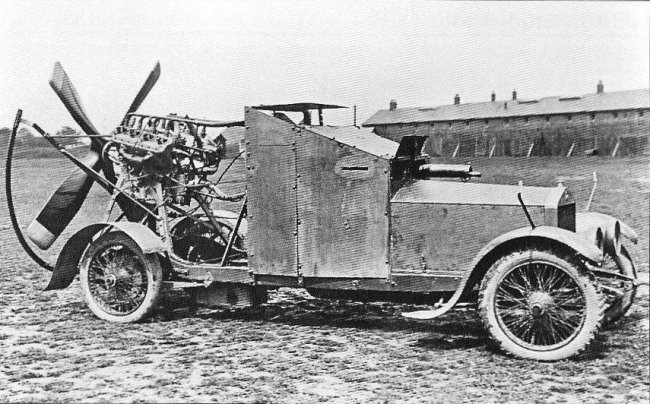