Am well over half way through the Island of Fire, what a cracking book that is, so detailed and really pulls you into the battle with all the first hand accounts and diary entries. I dont think any other nation would have had as much stubborn stoicism as the soviets showed, to resist so much pressure and firepower, and the willingness to suffer so many casualties!
I do think its quite telling that some of the units integrated throughout Lyudnikov's positions on 'the island' were NKVD Blocking detachments ie the ones tasked to shoot any retreating/surrendering/weak willed red infantry! Also apparently a high number of political officers were spread amongst the men.
But the reds were tough buggers, especially those Pacific marines they fed in piecemeal. Looking at the terrain and the shear amount of steelwork & masonry detrius covering the battlefield, you can see why it was an utter mincing machine of men and equipment.
I just dont know how they held out so long before the tables were eventually turned on the Germans. Mind you, first time i've read that any German armour trying to move about was also engaged by AA, AT and arty from the east bank of the Volga, over open sights. I assumed AFV losses were mostly from up close with ATR's and molotovs in the ruins.
Great book.

Bootie is involved with a site called "Battle Guide Virtual Tours" which started up over CoVid when everyone was stuck at home.
Using things like Google Maps and on the ground video they put together some excellent tours.
One such tour was: Stalingrad – The Fight for Mamayev Kurgan – 1942/43 with Battlefield Guide – Professor Matthias Strohn.

It was great to see the actual ground, albeit virtually, with detailed descriptions of maneuver and combat was excellent made for an excellent tour.

If you have an hour or so I would highly recommend it. 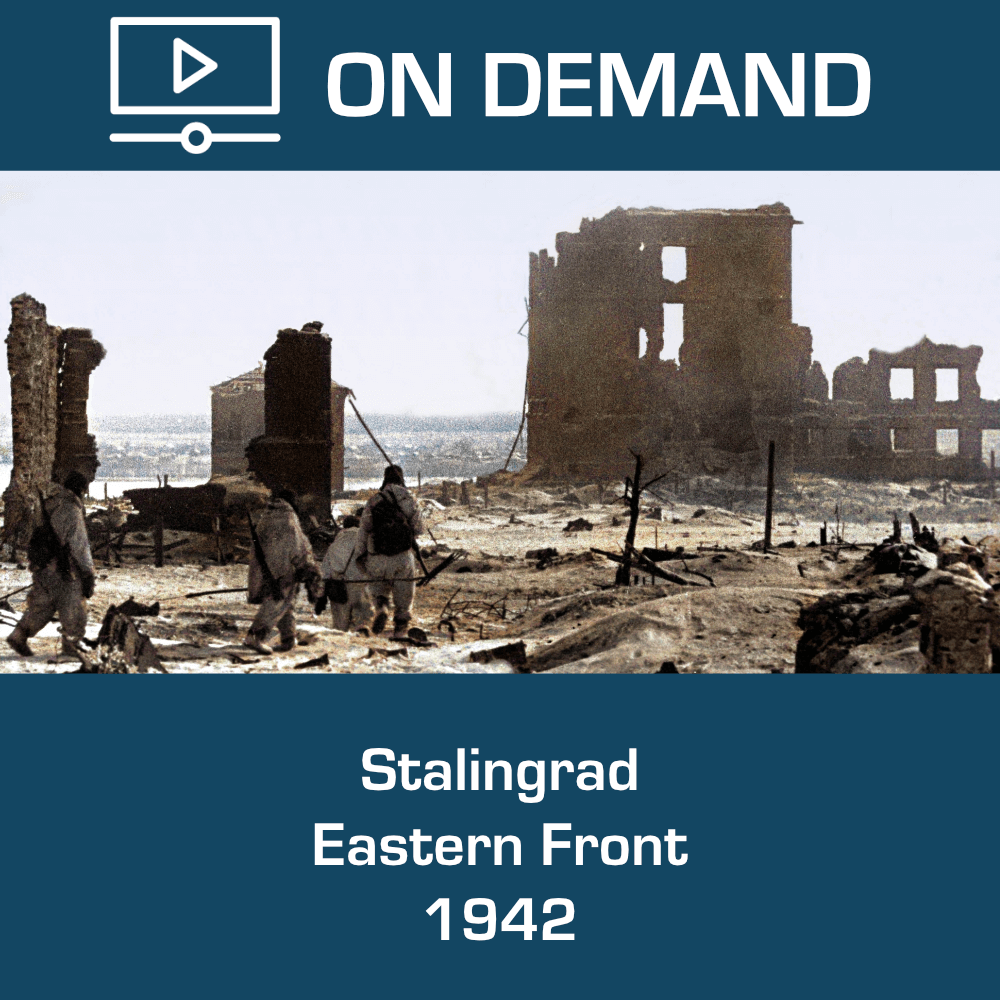 thanks Gunner, will definitely check that out

Monty's Mighty Moustache said:
It's just Panzerkrieg that is not available, the rest are, I'm hoping that when he release Vol 2 it will be reprinted. I didn't see his article no, I will try and find it I think.
Click to expand...

Rec'd Guderians Foxes a few weeks ago. Before this I decided to fill out my entire collection and got Angriff and Turning Point. Angriff is like Guderians Foxes, except no colour and no maps.

Ha I bought Leaping Horsemen straight after finishing the amazing Island of Fire. Expensive thread this

On the Stalingrad theme, I’ve just started Breakout at Stalingrad by Heinrich Gerlach. Have heard good reviews by historians