The Stokes mortar was a British trench mortar invented by Sir Wilfred Stokes KBE which was issued to the British Army and the Commonwealth armies during the latter half of the First World War.-

The mortar was in no sense a new weapon, although it had fallen out of general usage since the Napoleonic era. In fact, while the British and French worked on developing new mortars, they resorted to issuing century-old mortars for use in action.- 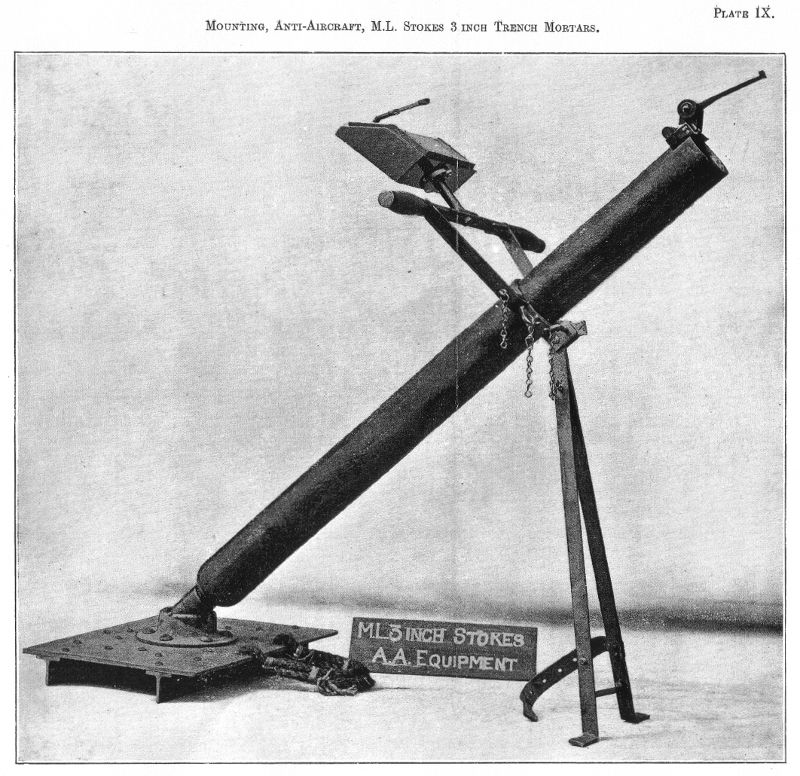 Stokes's design was initially rejected in June 1915 because it was unable to use existing stocks of British mortar ammunition, and it took the intervention of David Lloyd George (at that time Minister of Munitions) and Lieutenant-Colonel J. C. Matheson of the Trench Warfare Supply Department (who reported to Lloyd George) to expedite manufacture of the Stokes mortar.

A modified version of the mortar firing a modern fin-stabilised streamlined projectile with a booster charge for longer range was developed after World War I but was in effect a new weapon.

The Stokes mortar remained in service until 1936, when it was superseded by the Ordnance ML 3 inch mortar, and some remained in use by New Zealand forces until after the WW2.- 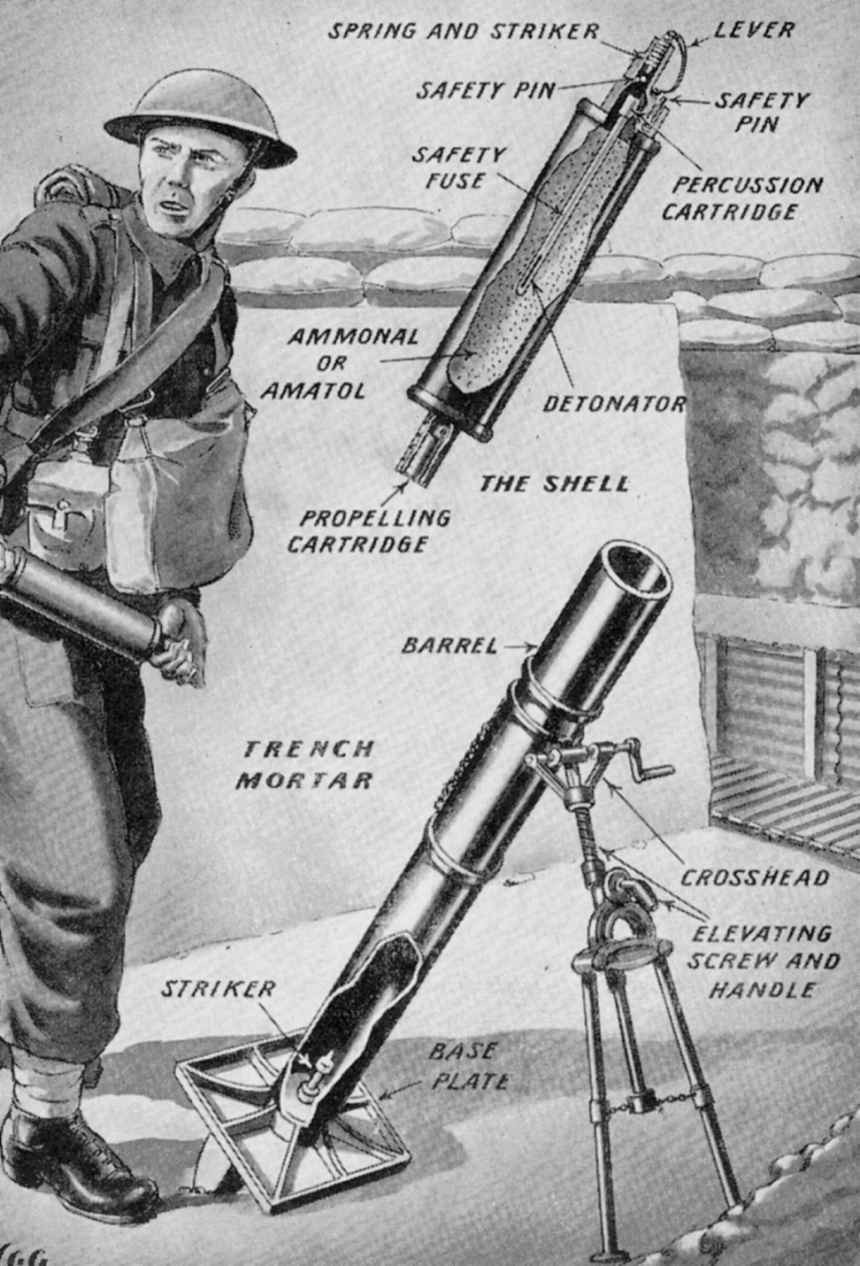 As well as receiving a knighthood for inventing the mortar, Stokes was given several forms of monetary reward by the Ministry of Munitions for his invention including royalties of Â£1 per Stokes mortar shell produced.-

The Stokes mortar was a simple weapon, consisting of a smoothbore metal tube fixed to a base plate (to absorb recoil) with a lightweight bipod mount. When a mortar bomb was dropped into the tube, an impact sensitive primer in the base of the bomb would make contact with a firing pin at the base of the tube, and detonate, firing the bomb towards the target.

The cast iron mortar bomb cylinder was 3 inches (76.2 mm) in diameter, the caps at each end of the bomb cylinder were 81 mm diameter. The bomb was fitted with a modified hand grenade fuze on the front, with a perforated tube containing a propellant charge and an impact-sensitive cap at the rear.

Range was determined by the amount of propellant charge used and the angle of the barrel. A basic propellant cartridge was used for all firing, and covered short ranges. Up to 4 additional "rings" of propellant were used for incrementally greater ranges. See range tables below. The 4 rings were supplied with the cartridge and gunners discarded the rings which were not needed.

The Stokes Mortar could fire as many as 25 bombs per minute and had a maximum range of 800 yards in World War I firing the original cylindrical unstabilised projectile.-

British Empire units had 1,636 Stokes mortars in service on the Western Front at the Armistice.-