The Krummlauf accesorie was a 90-degree version of the Sturmgewher intended to be mounted in the roof of a tank so the crew could spray off enemy.

US soldier testing the gun.

The bullets tended to break up and come out of the barrel as fragments.
It was produced in several variants: an "I" version for infantry use, a "P" version for use in tanks (to cover the dead areas in the close range around the tank, to defend against assaulting infantry), versions with 30°, 45°, 60° and 90° bends, a version for the StG 44 and one for the MG 42.

Hmm... I must say I find the Sgt44 quite underwhelming in the game though. Not sure if they made it less accurate in the patch, but seems that it can't really hit anything. Even at close ranges, it almost seems like they are trying their best to miss... 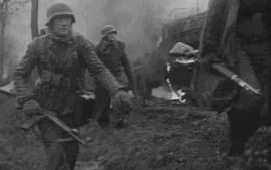 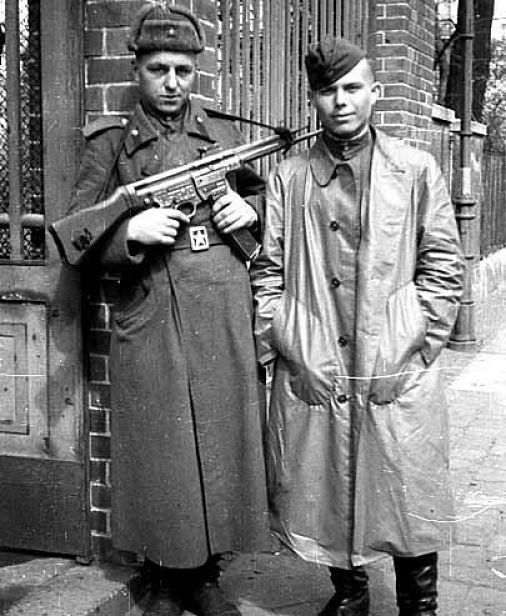