The T-72 is a Soviet-designed main battle tank that entered production in 1970. It is developed directly from Obyekt-172, and shares parallel features with the T-64A.The T-72 is one of the most widely produced post-World War Two tank, second only to the T-54/55 family, and the basic design has also been further developed as the T-90.

The original T-72 was introduced in 1973 and was nicknamed Ural. The early T-72's are the most basic models and can be identified by having the infrared searchlight position on the left side of the gun. In 1976 it was upgraded with a new main gun and improved turret armor. Many original T-72 were retrofitted with a more power engine, smoke grenade launchers and rubber skirts instead of the early metal ones.

T-72: The original T-72 model as described above. The same designation includes an export model with reduced capabilities.
T-72K: Command version of the T-72 with additional radious and less main gun ammunition.
T-72V: Unofficial designation for T-72 models that have been fitted with Kontakt-1 ERA.

The T-72A is an improved version of the original T-72 with a much higher protection level due to the use of composite armor and rubber track skirts. The fire control systems has been improved, a laser range finder is added and smoke grenade launchers are mounted on the turret. Subsequent improvements include additional armor on the glacis plate since 1979 and a radiation liner since 1984.

T-72A: Original T-72A model as described above. T-72AK is the command model with additional radios and less ammunition.
T-72AV: T-72A fitted with Kontakt-1 ERA on the turret, glacis plate and skirts.
T-72M: Export model of the T-72A with a reduced armor package and less capable fire control systems.
T-72M1: T-72M with increased armor on the glacis plate and fitted with smoke grenade launchers on the turret. The T-72M1K is a command version with additional radios and less ammunition and the T-72M1V adds Kontakt-1 ERA. 1 2 3
T-72M1V: T72A version with Kontact ERA

The T-72B model is a much improved T-72A. The armor package has been substantially improved and includes appliqué armor on the glacis plate. Due to the new fire control system, improved stabilization and new 2A46M cannon it is possible to launch the 9M119 Svir (AT-11 Sniper) guided missile from the gun barrel. The more powerful 840 hp V-84-1 engine provides propulsion.

T-72B: Baseline T-72B model. The command version with additional radios and less ammunition is known as the T-72BK.
T-72BA ERA fitted with 227 "Kontakt-1" ERA bricks to the hull and turret. The glacis plate and turret is covered with a layer of single ERA blocks and the turret's bottom row is mounted horizontally. There's also an ERA array on the sideskirts. 1 2
T-72B1: Simpler variant of T-72B with fire control and optics from the T-72A and thus removing the ability to launch the 9M119 missile. Some are fitted with Kontakt-1 ERA.
T-72BV: T-72B fitted with Kontakt-1 ERA on the turret, glacis plate and skirts. 1
T-72BM: Improved T-72B introduced in 1989 with Kontakt-5 ERA and improved composite armor. In 1990 a new fire control system was added.
T-72S: Export version of T-72B with less ERA blocks, simpler NBC system and no radiation liner.

The 1991 Gulf War showed that the basic versions of the T-72 were no match for modern main battle tanks. A series of upgrade packages has been developed by various companies. 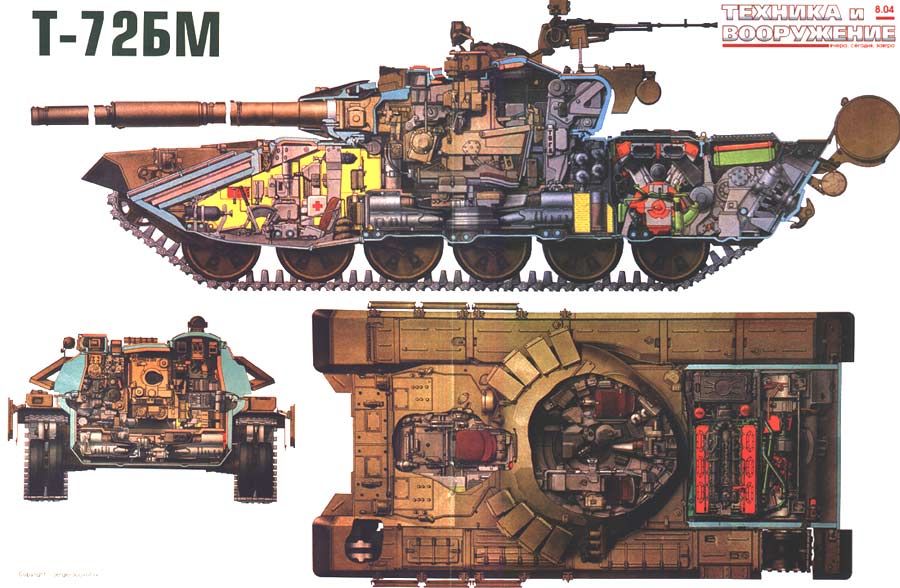 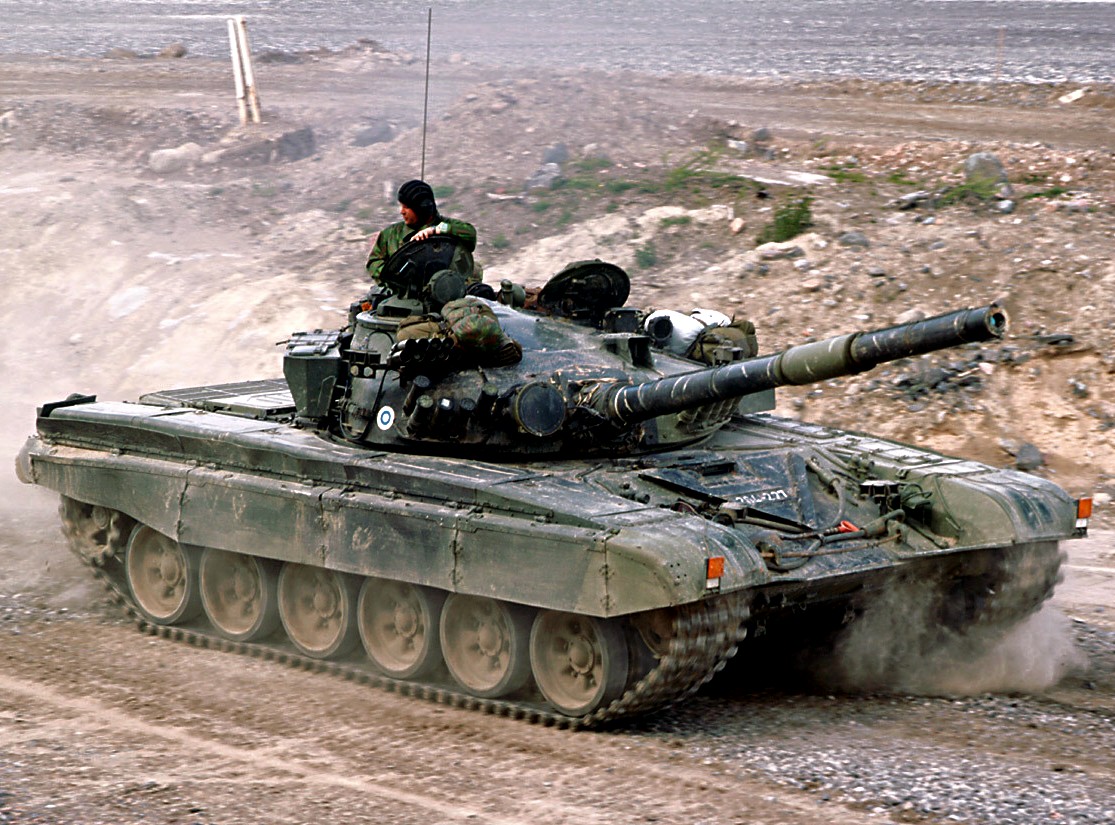 T-72 destroyed in Libya by Airstrikes. 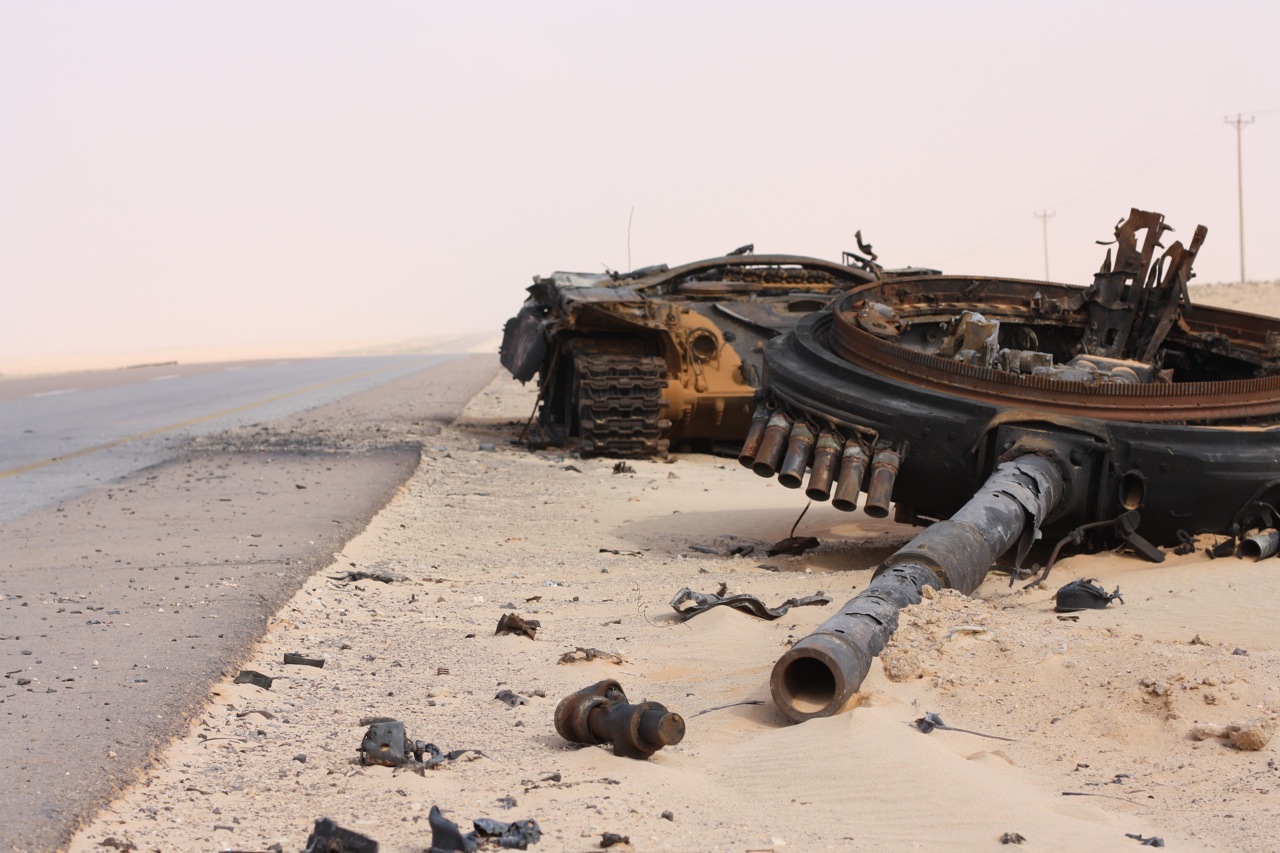 Great series of pics.... I enjoyed it.
P

Well, thanks guys, I'm glad I collected interesting material.
But most amazing to me is how Tow destroying T-72 by exploding few meters above it it on video.